Lenny Bunn Studios are situated little out of Folkestone, down a farm track and in hearing distance of the M20.  You’ll find Lenny sitting in a little room above a stable. The studio is a dark set of rooms that take you into another world where you are a professional musician.

Lenny is a musician himself and also a sound engineer. He’s worked in the industry for over 25 years (he coughs) and has known life in a band, as a single artist and a composer. He’s a bass player and singer and has written songs for Dreamcatcher, Reizen69 and Clacket Lane (his own band).

In order to be a musician, and have the time and space to write and release his own music, Lenny Bunn Studios provides professional services to other musicians – signed and unsigned – just outside Folkestone. His commercial studios provide recording and mixing facilities.  He creates audio adverts for businesses, and the general public can buy vouchers to record themselves singing a session.

“It’s a dream that so many people have, and it’s wonderful to see the mums near tears when their little cherubs are singing their hearts out! It’s also a lot nicer than going on X-Factor!” Lenny rocks in his cushioned chair in front of the screens where he’s currently working on his next song. 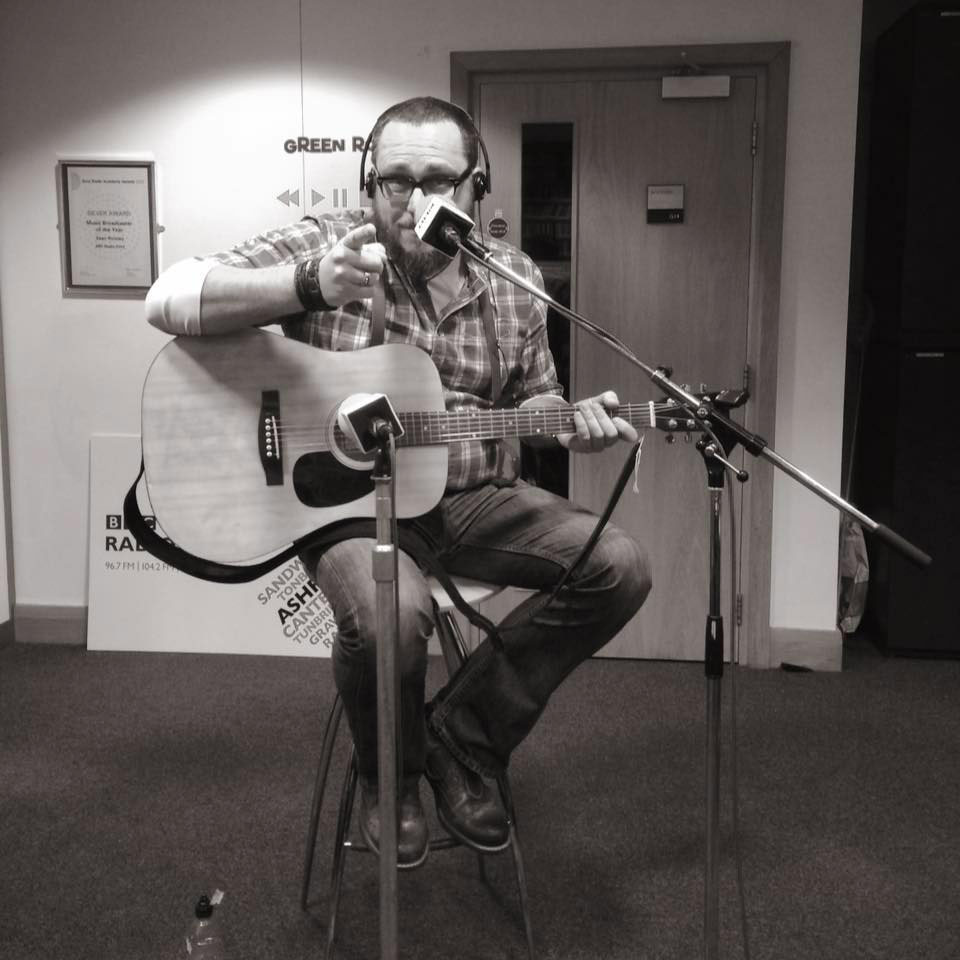 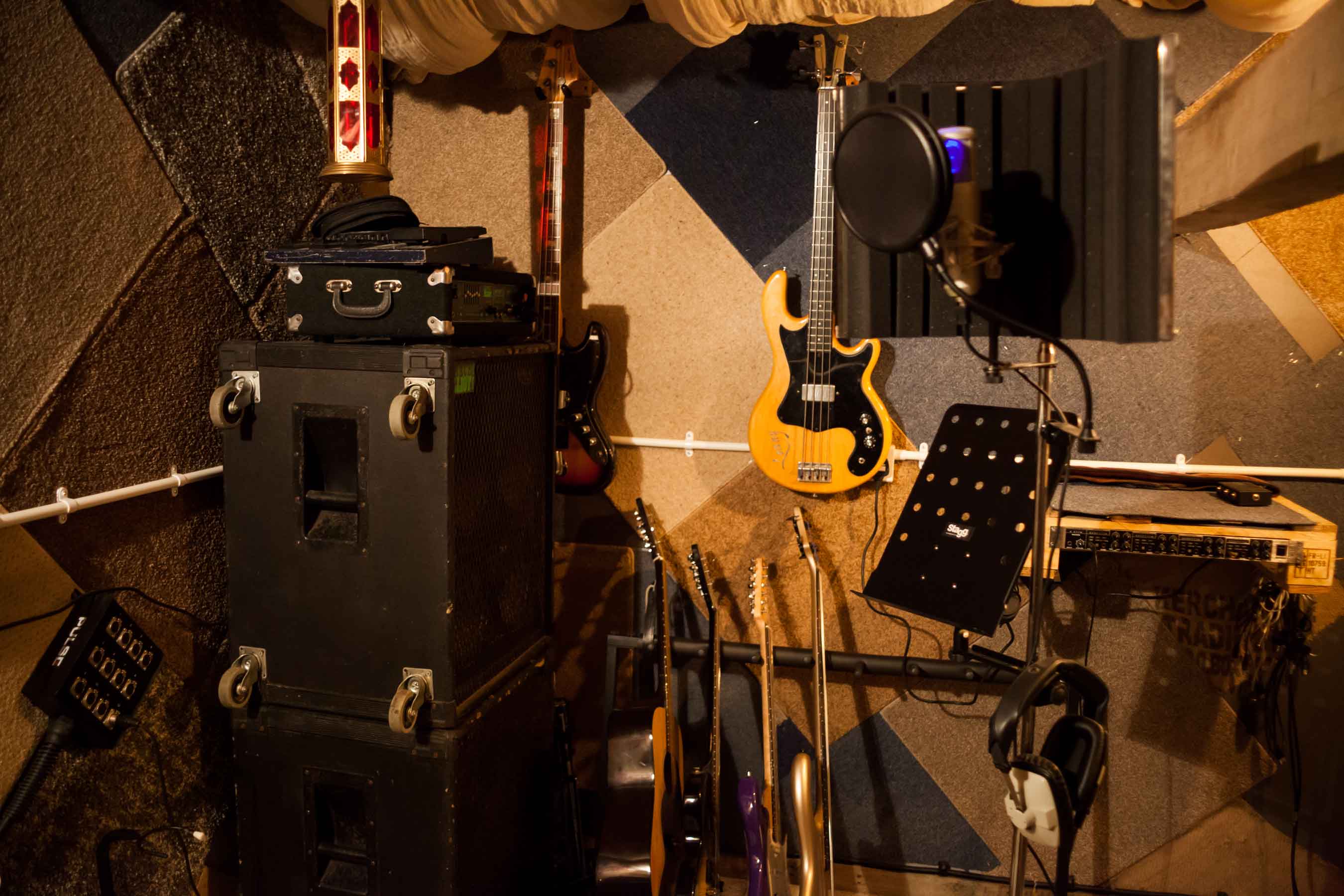 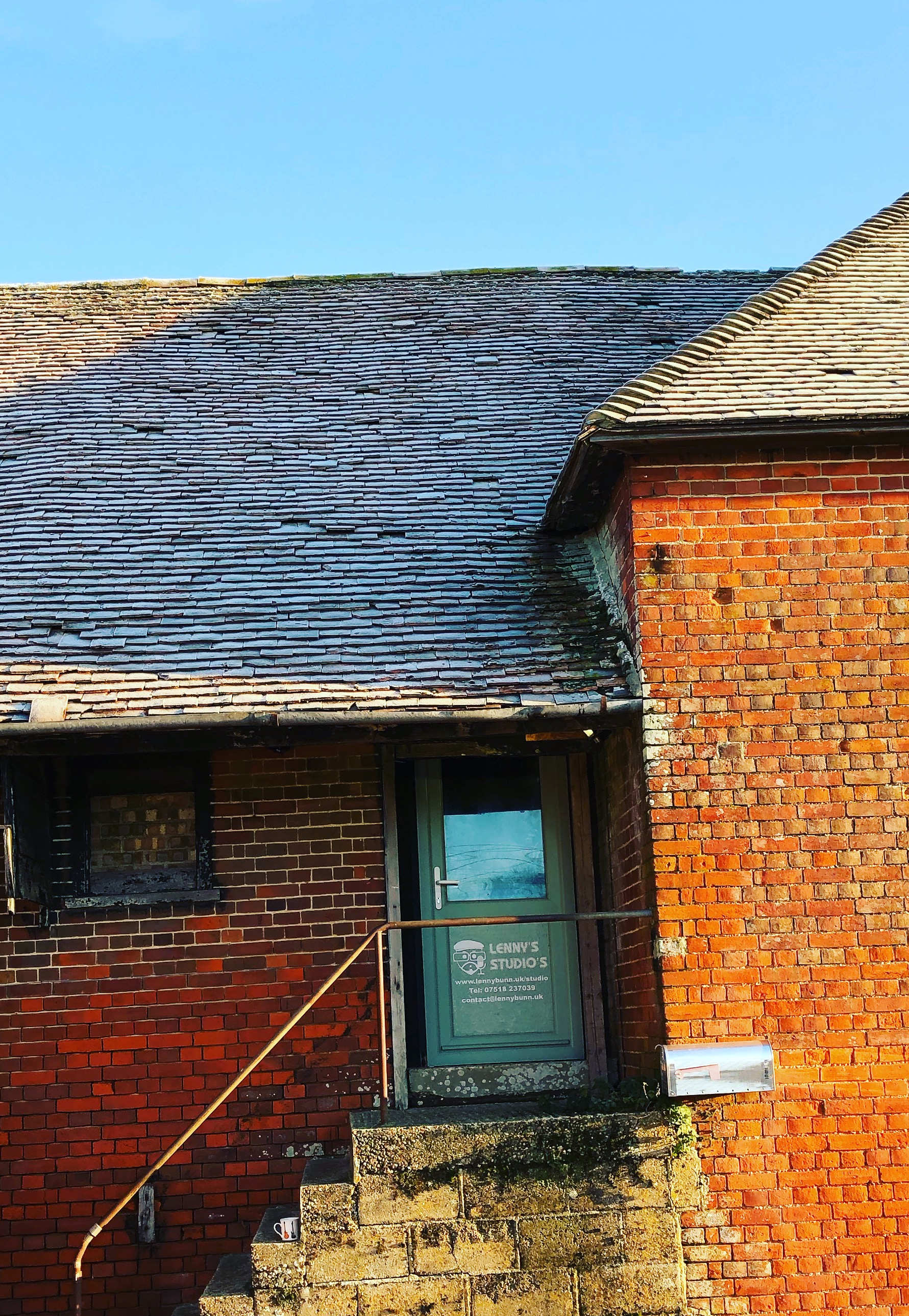 Having been working in and around music for so long, he uses inverted commas whenever mentioning the term music ‘industry’. “It’s not an ‘industry’ because people are not working together. Yes, there are a lot of people working to be musicians or sell music, but people are in it for themselves.  It’s not about promoting others to give us the best music that can be produced.”

Lenny’s decided he’s got to a point where he doesn’t care about what the mainstream market want, he’s writing for himself.

“I wanted to write something like a concept track. When I was growing up, my musical influences wrote pieces of music that went on for nearly half an hour.  They were full of so many different ideas. I wanted to do that and it took me nearly two years to write a concept track, which is 25 mins long. That’s not very commercial, certainly not nowadays. So, I’ve written a shorter one, Logan’s Autumn, which is 12 mins, and even that is too long. The local radio station wouldn’t mind if that were cut in half in order to get airplay. Yet, it’s been really well received, and that for me is really touching when people get the music.  My music isn’t commercial, so it really is great when people like it.”

He laments about the way people write tracks now, for the mainstream music audience. “The ‘Industry’ is eating itself. I got a job in Notting Hill, London, to write a track with 10 other people. When you think about it, with 10 or 12 people contributing to a track, getting a share of the money that makes is really small, and the quality of what you produce is actually quite rubbish.

“You might think that some of the big names we see and hear around sound like they have a massive orchestra behind them; they give a big illusion that they’re able to sing with all these instruments yet when you analyse it, they’re singing along to a load of MIDI instruments. With MIDI, you don’t get that live base of drums, you don’t get the music to breath – you can play the flute in your room without ever seeing one, it’s just false.”

MIDI (Musical Instrument Digital Interface) is a way of playing any instrument you like through a computer.

Let’s hope that’s not popped any bubbles anyone’s had about the music industry of today. There are still old-fashioned musicians out there, and Lenny is one of them.

“I grew up in the 80s, we’d be dying to get into a studio to play our instruments and record something, it was much harder to get your stuff recorded and out there. We followed that group of musicians that would play a 2 person gig and think you were going somewhere. Now, they record at home, and they miss out on an honest ear – they’re doing this at home and don’t get that.

“Times change, bands aren’t the thing of the day. Everything is now all acoustic or unplugged, oh, and don’t forget the backing tracks! I make them but they really annoy me – that’s my day job! Artists charge £250 for a gig and sing to these backing tracks. But think if you had 3 musicians…just think how much warmer that would sound. I’m not sure this generation thinks like that at the moment.” 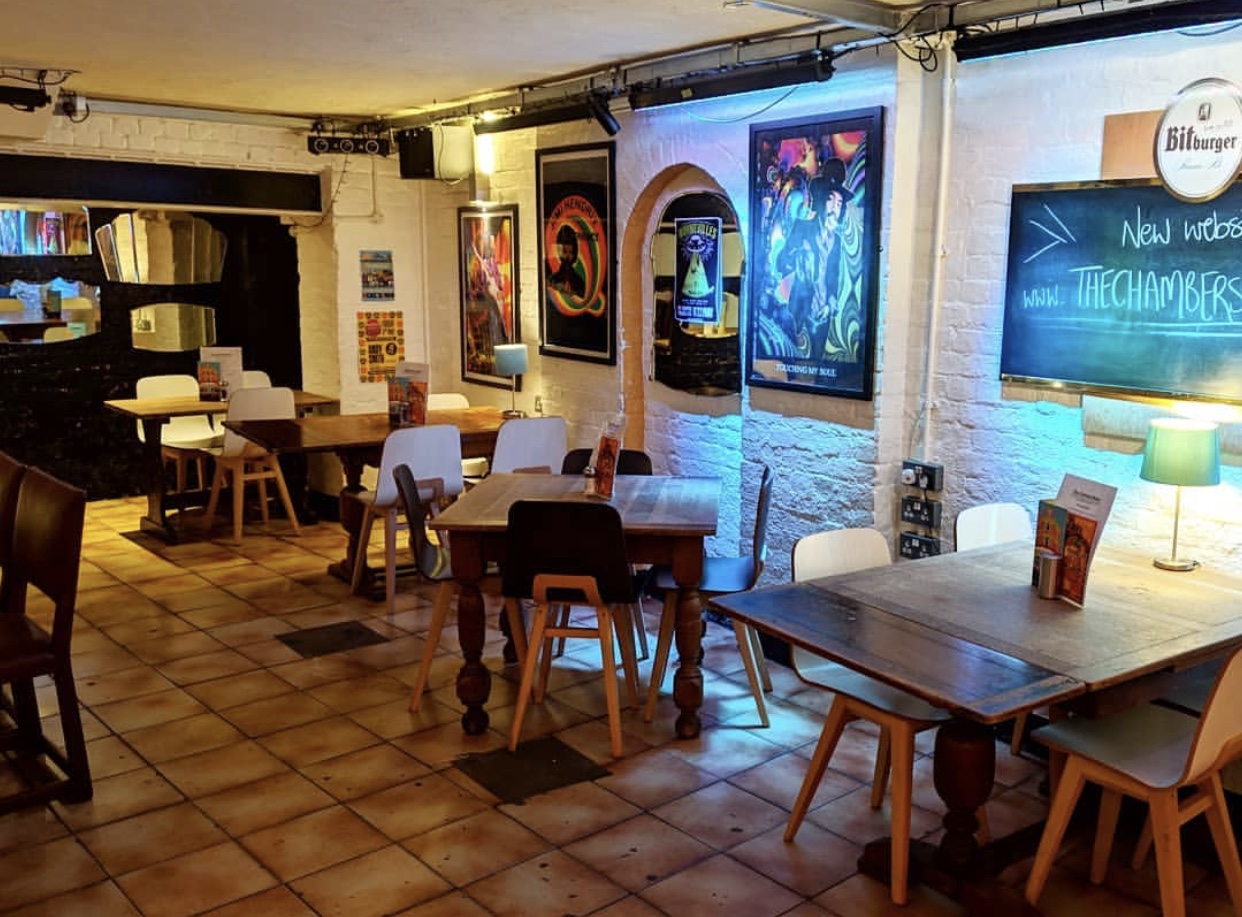 where would folkestone be without the chambers?

Lenny is considering gigging again, if Logan’s Autumn takes off.  But he’s not going to take the normal route. Thinking that people going to gigs today are a lot more hardcore, real die-hard fans and those people are getting sparse.

“If my tracks go down well I might look at touring next year, but I’m going to pick different places to play at instead of pubs and bars and uni clubs. I’d love to be playing at the Sound Mirrors down at Dymchurch and tell people that’s where you’re going to be and see who turns up. Or play in a museum. Let’s be imaginative and make it about the venue and the performance rather than expecting people to turn up just to see you. You can then meet a load of different people who weren’t expecting to see anyone.”

This album will be the one that decides whether Lenny gets out on the road again, and we’ll see. 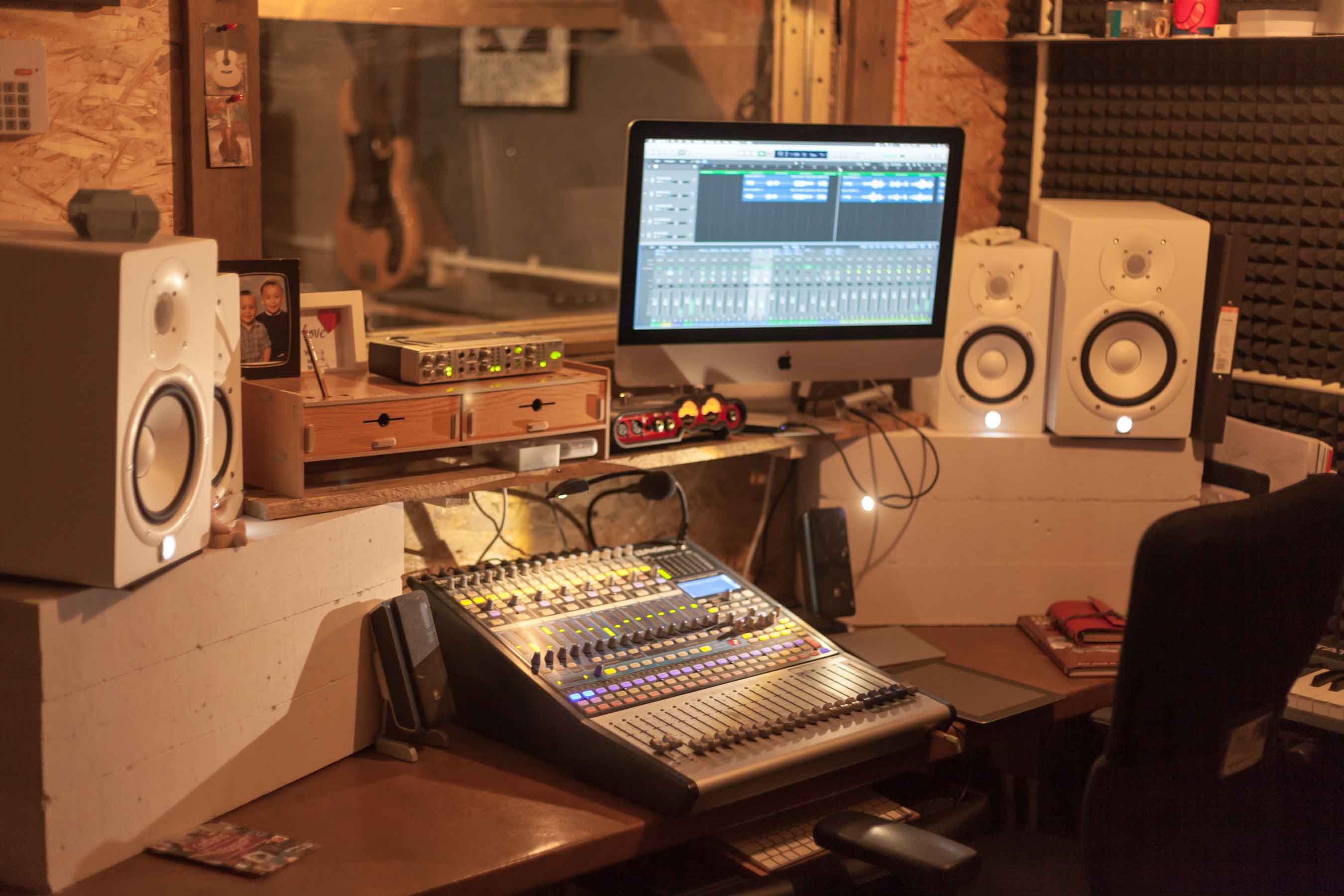