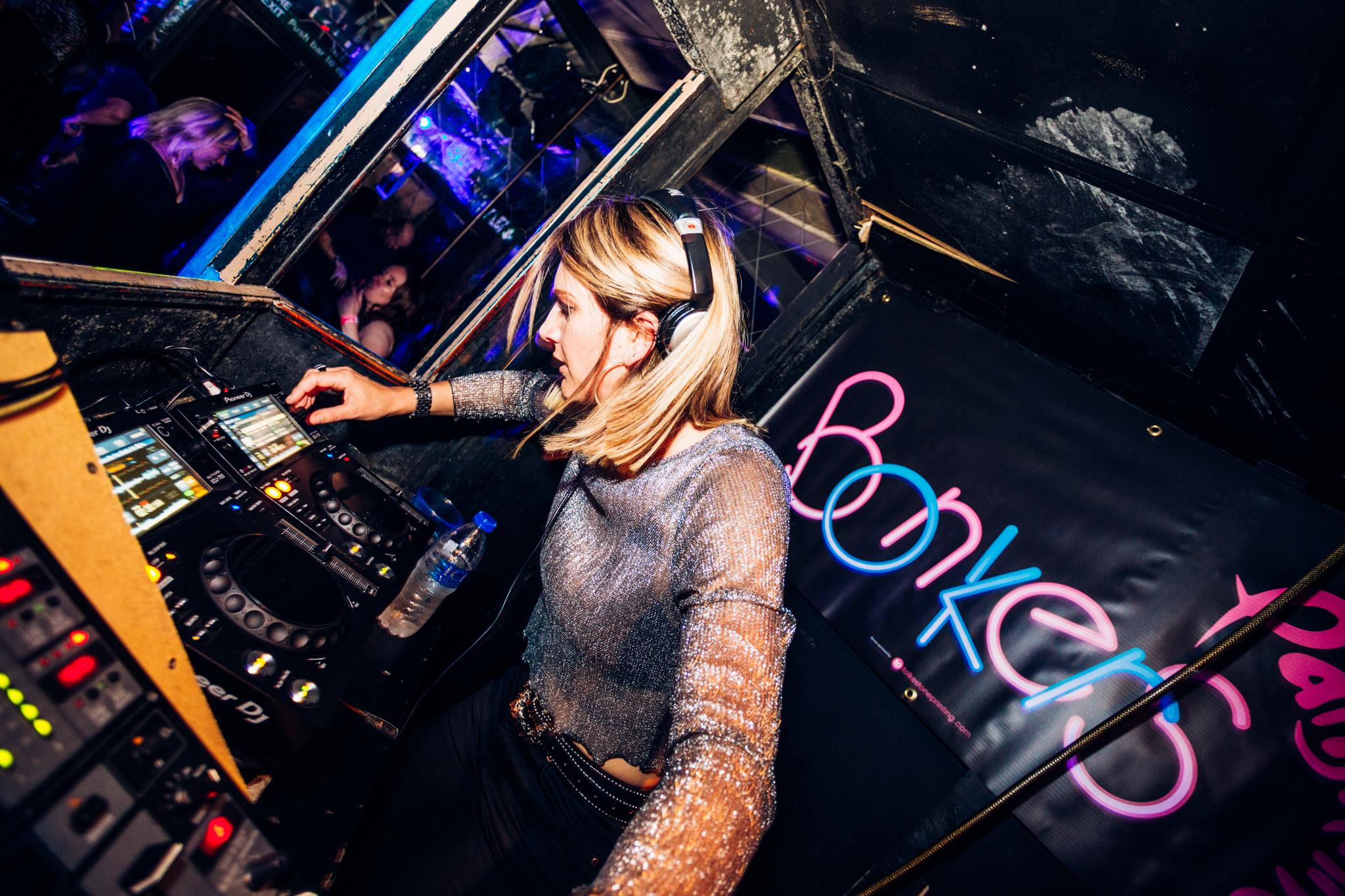 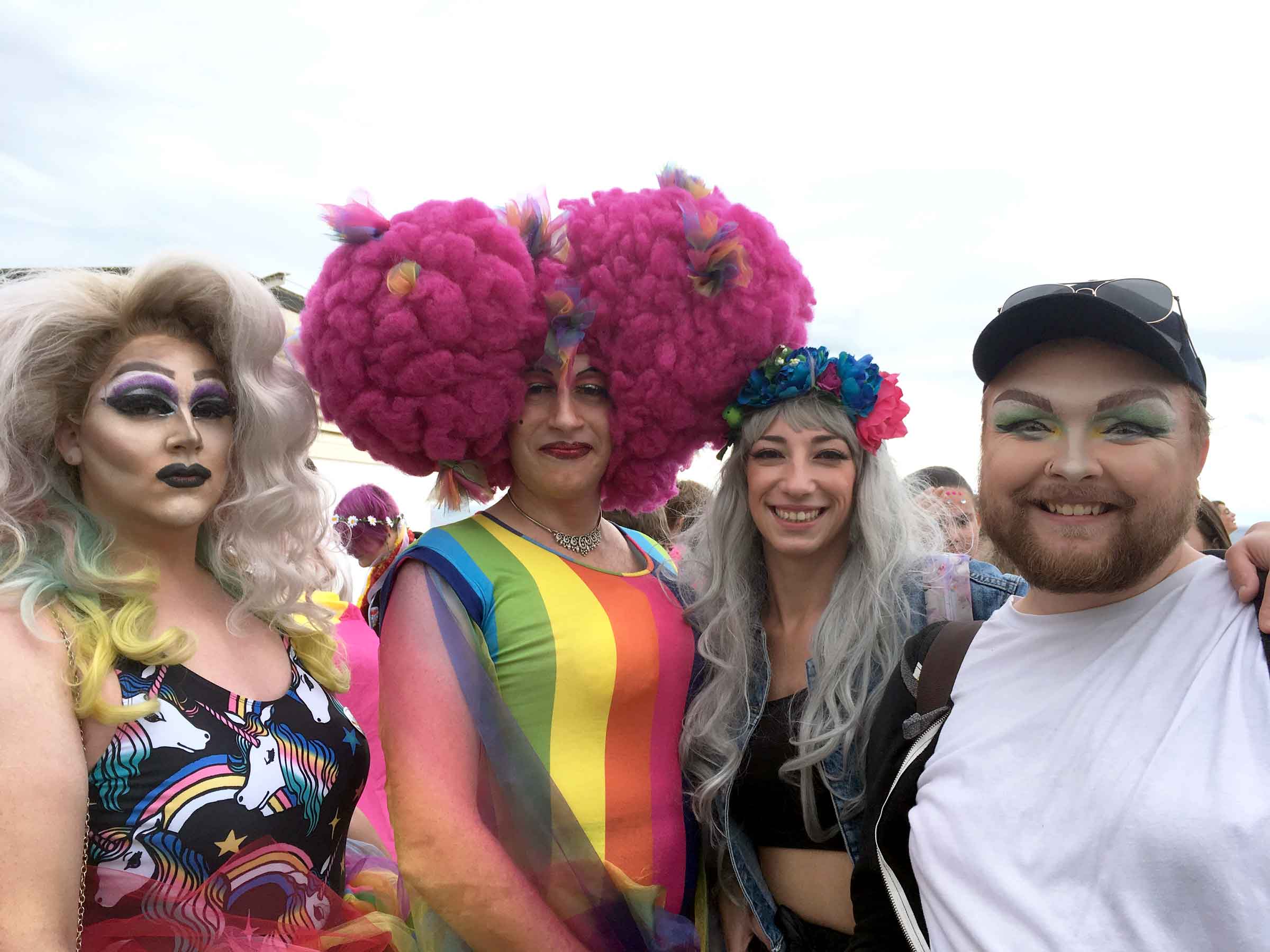 Folkestone has had a Pride event since 2017.  Each year it grows and grows and grows.  The fantastic team managing Folkestone Pride took a few minutes before one of their community meetings to talk to Folkelife about their ethos.

Hannah: “We’re a community group and a lot of planning goes in to the March in July.  There are regular meetings at The Chambers throughout the year, come along and join us so you can be involved too.  We plan for the march to start at 12 noon at the Memorial Arch and head up to The Leas Cliff Hall.  In years past we’ve had a party on the rooftop with DJs, singalongs, live entertainment, lots of family events and two drag story-time sessions.”

Ian: “We want there to be something for everyone, local bars get involved with DJs, music and offering special Pride cocktails, food and drinks for everyone taking part.  If you have a fantastic Pride costume, you could be in for a discount!”

Bean: “It’s about enjoying the atmosphere too.  If you’re along for the speeches, singing and Drag Storytimes then bring along a picnic.  We try to involve lots of local musicians, writers and artists, from the LGBTQIA+ community so there’s something for everyone.”

Joe: “The Leas Cliff Hall are always really supportive so we’d like to thank them for all they’re doing.” 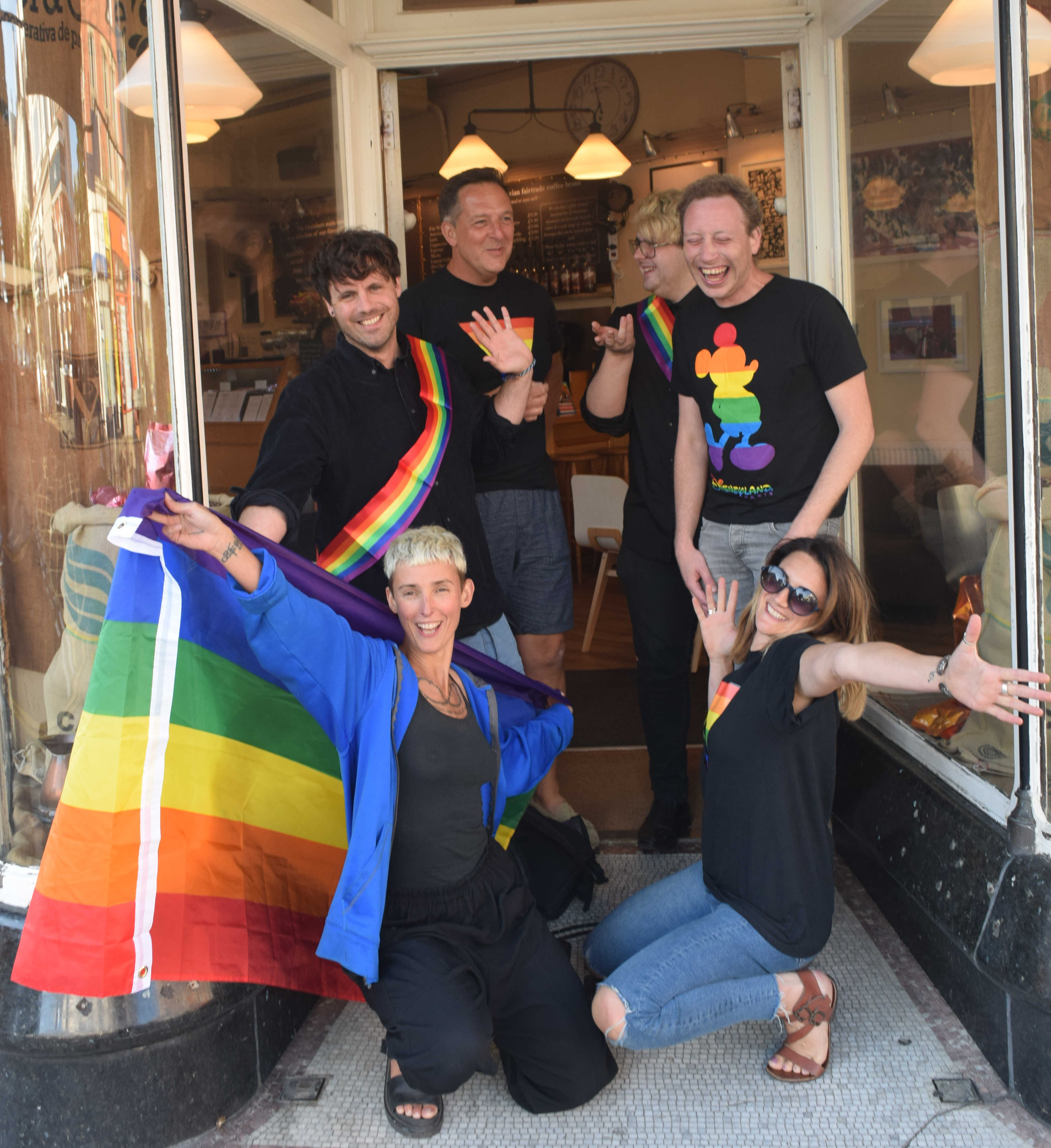 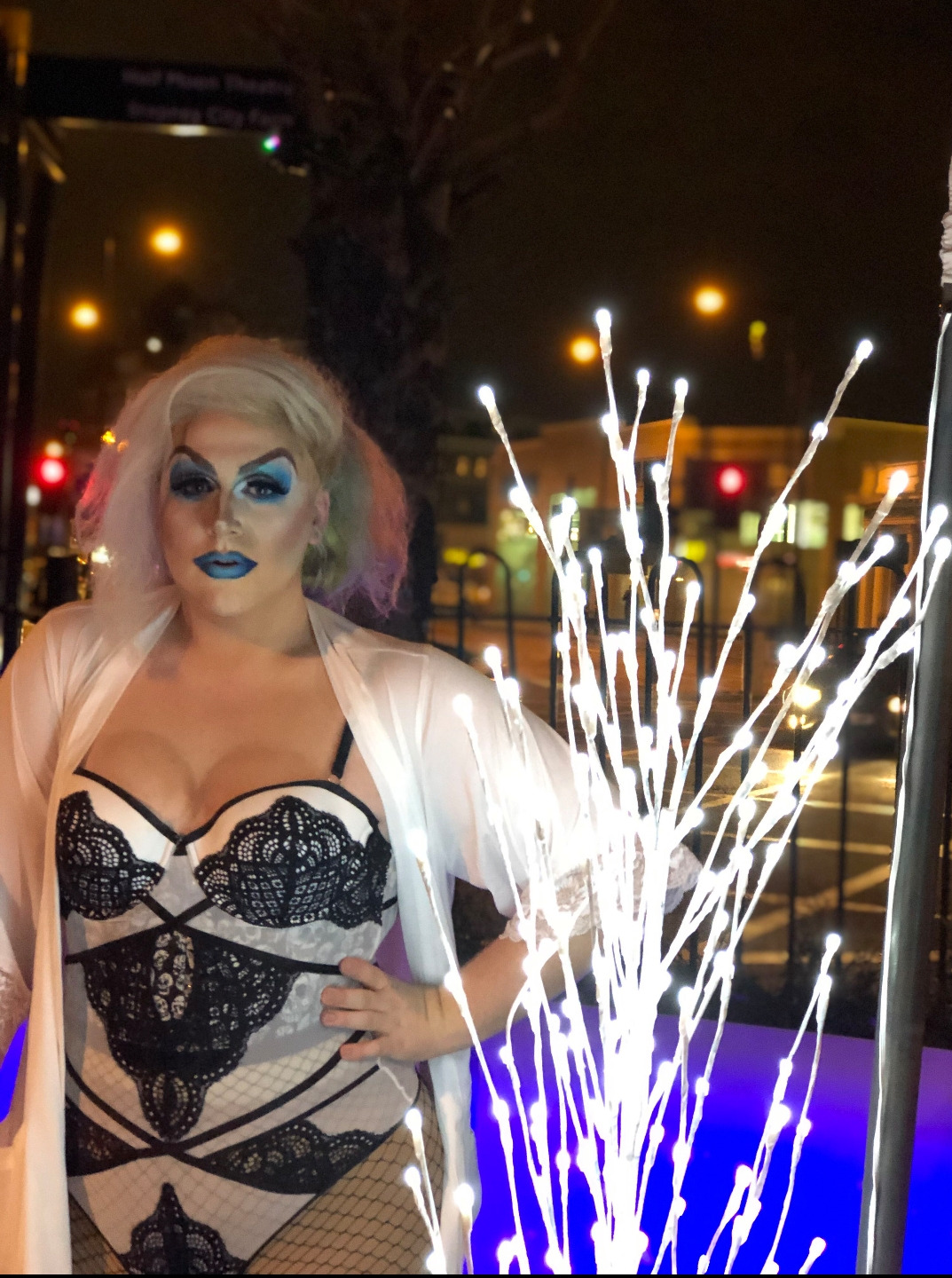 Folkestone Pride isn’t just about a march though.  Each year the team have spread the party across the town, with a Day Zone and a Night Zone.

Joe: “We’ve had cabaret at Jam Jar with me Miss Di Vour, and Miss Dolly Poppers.  We’ve like to mix our acts with a singer and a poet too so that it’s really good fun.”

Bean: “The Quarterhouse always get involved with a speaker or film that fits with the theme.”

Folkestone is buzzing with pride

Other venues have put on after parties in the past with dressing up themes a must.  Eleto’s ‘Under The Sea’ theme had everyone competing with Didier’s massive octopus complete with tentacles.   The party is really all over town.

Ian: “We’ve been really lucky in getting support from all the local venues, The Chambers has been brilliant in being the place where we hold our community meetings.  This is a real community event, and if people hadn’t got behind it, we wouldn’t have got this far already…”

All of these guys are volunteers, giving their time and expertise for free.  I venture to ask how much an event like this costs to put on…

Dan: “It’s about £8,000.  And this is a small event!  Each year we run fundraisers through the year.  In 2019 the team ran Fight For Pride!”  Bean gets a big cheer at this point, being the winner of this charity event that was hosted by Jessica Hynes.  “We have to do that every year…!”  “No!” Says Bean, hoping that her fighting days were over!

Dan: “We’ve had a Backyard Auction, Pride’s Got Talent, Dance with Pride and Pride in Football where teams can join us to play a 5-a-side tournament.”

Ian: “We’ve also had donations and support from so many local businesses, Creative Folkestone, South Eastern Trains, Folkestone and Hythe District Council has been really great, and they want to be even more involved next year which is just brilliant.  So many food and drink venues are offering specials and deals.  We have to thank Planet Earth Kitchen, Carte D’Or and Yo Yo Street Food on The Old High Street.   All you have to do is dress up with Pride and you’ll get discounts!”

The team really is buzzing, and you know they will put on a great show. I ask though, why does Folkestone need Pride?

Dan rises up in his chair, and the group goes quiet “When I think that homophobic attacks have doubled in the last 5 years to the point where one in five LGBTQIA+ people will be subject to a homophobic attack, that’s why we need Pride.  The Trans community at the moment is really suffering; 81% of Trans people are suffering abuse and attacks.  That’s NOT ok.  It doesn’t matter where you are.

“I’ve experienced it myself, I’ve had dodgy looks, slurs yelled at me, for me being unapologetically me, and that’s why we need Pride.  We are not going anywhere.  People have fought and died for us to be here and does it really matter who you’re attracted to, when we’re all people?”   Hannah quietly says “Love is Love.”  Bean: “That’s such a good closing statement!”  But actually, it’s the headline.

The team laugh, and relax, and know that in Folkestone there is so much community support for a good show of Pride that it will be a great day.  Come and join in! 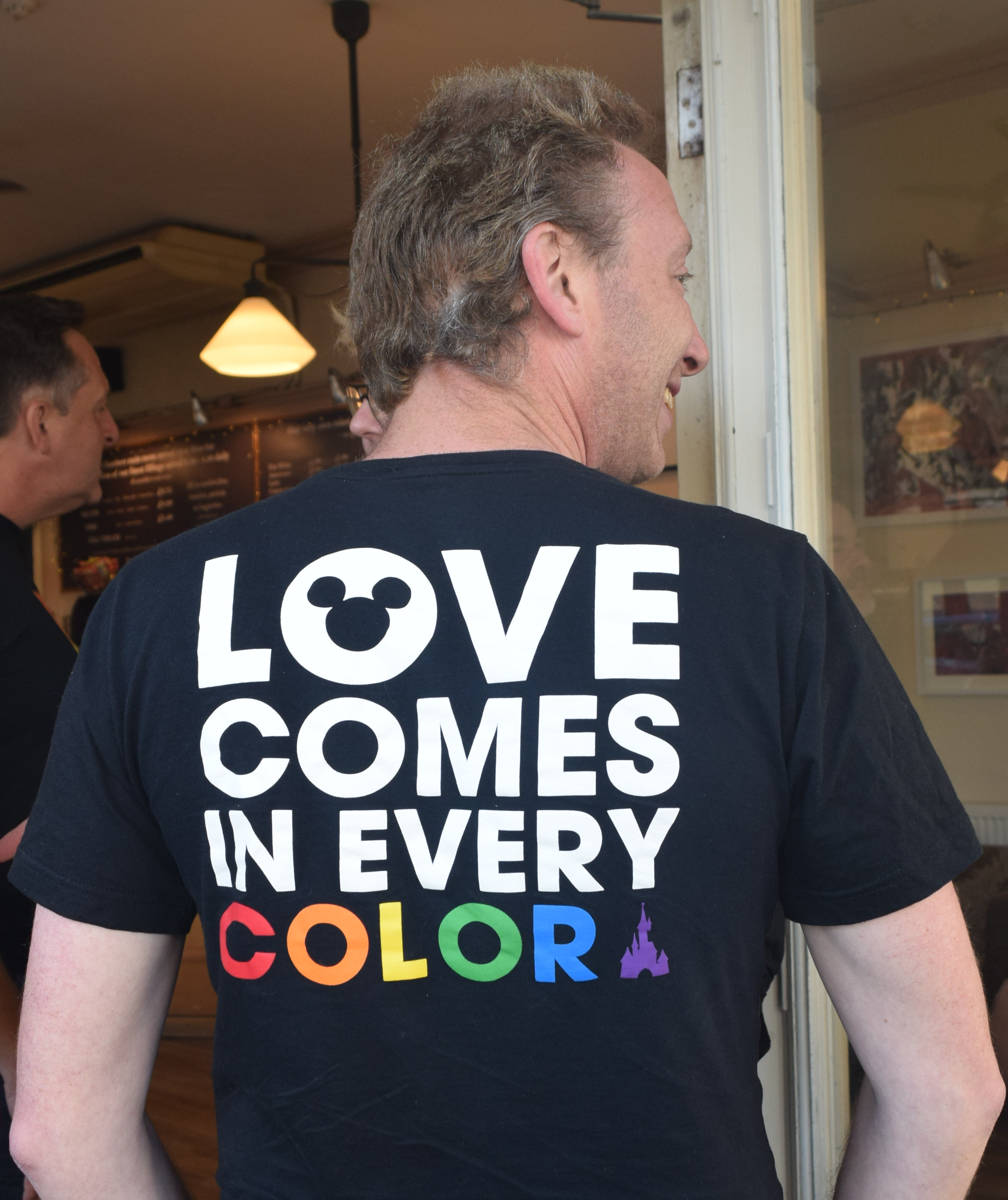 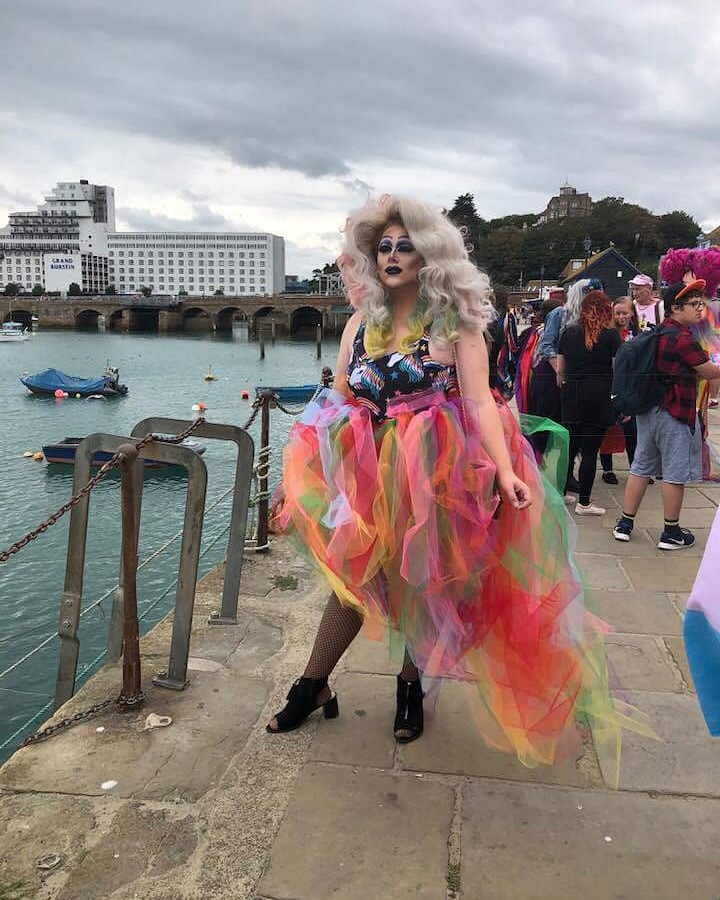 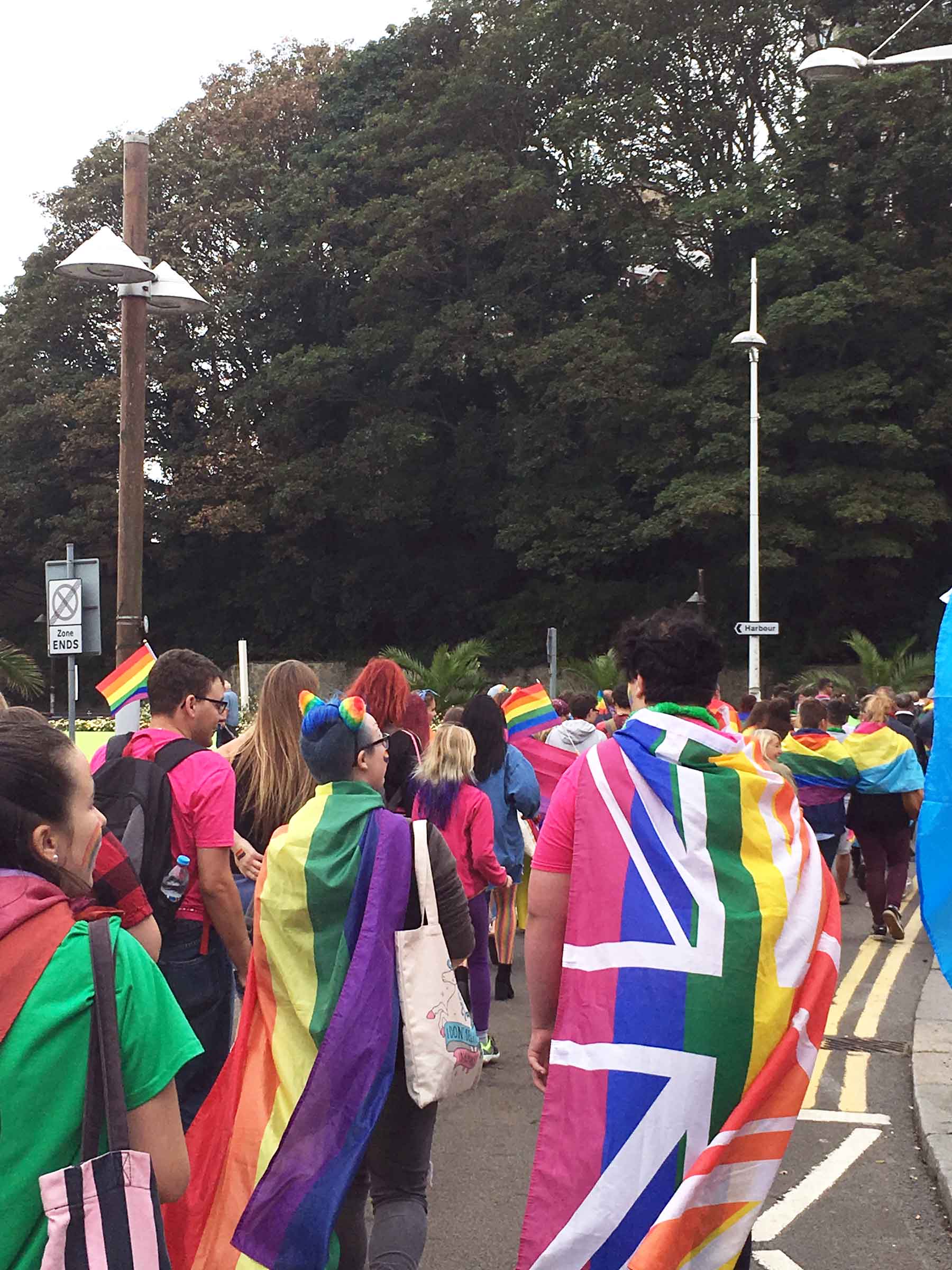 Where would Folkestone be without The Chambers?
Book A Night With The Stars! Leas Cliff Hall
Planet Earth Kitchen – Vegan Café
The Mighty Yo-Yo’s – Street Food in Folkestone