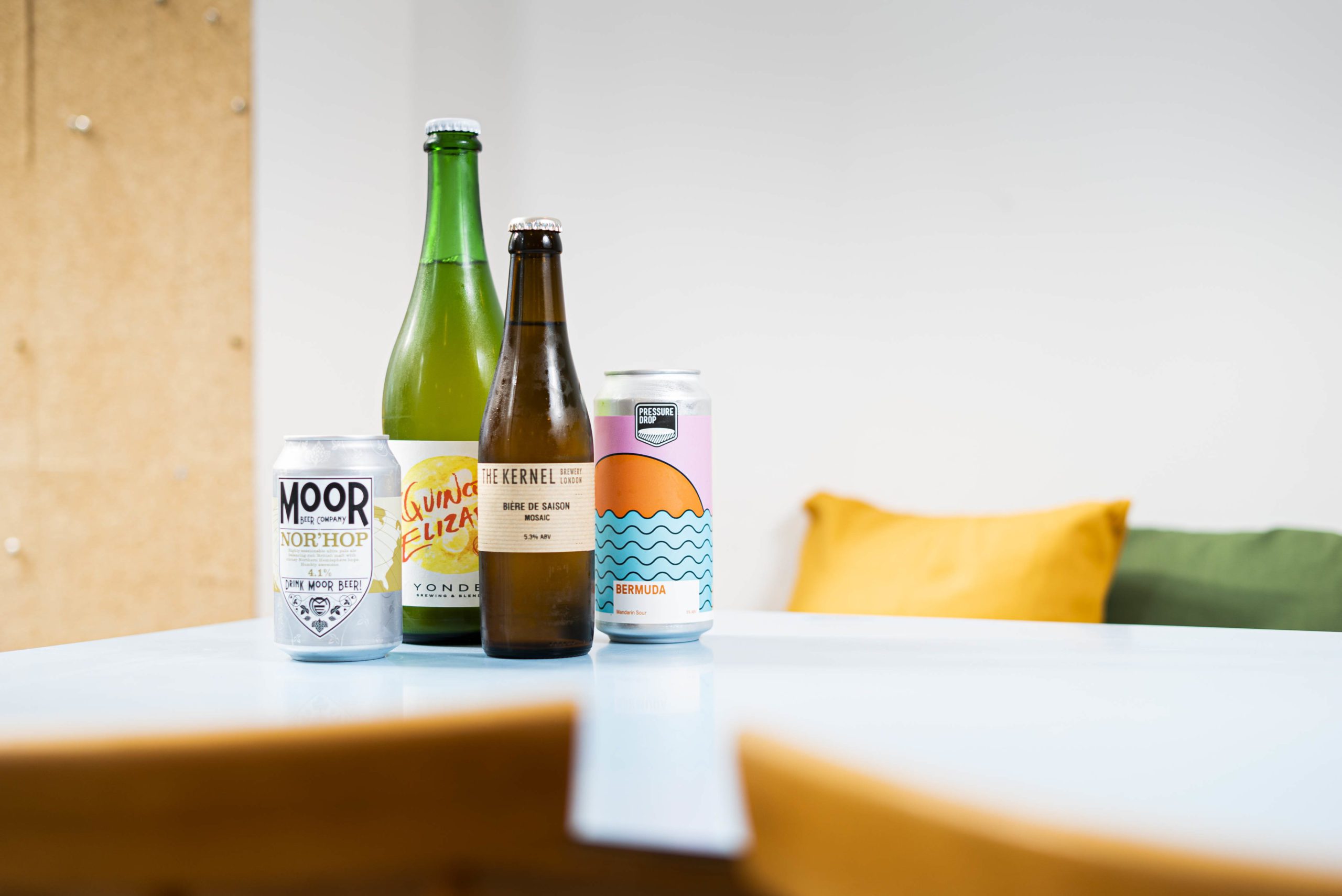 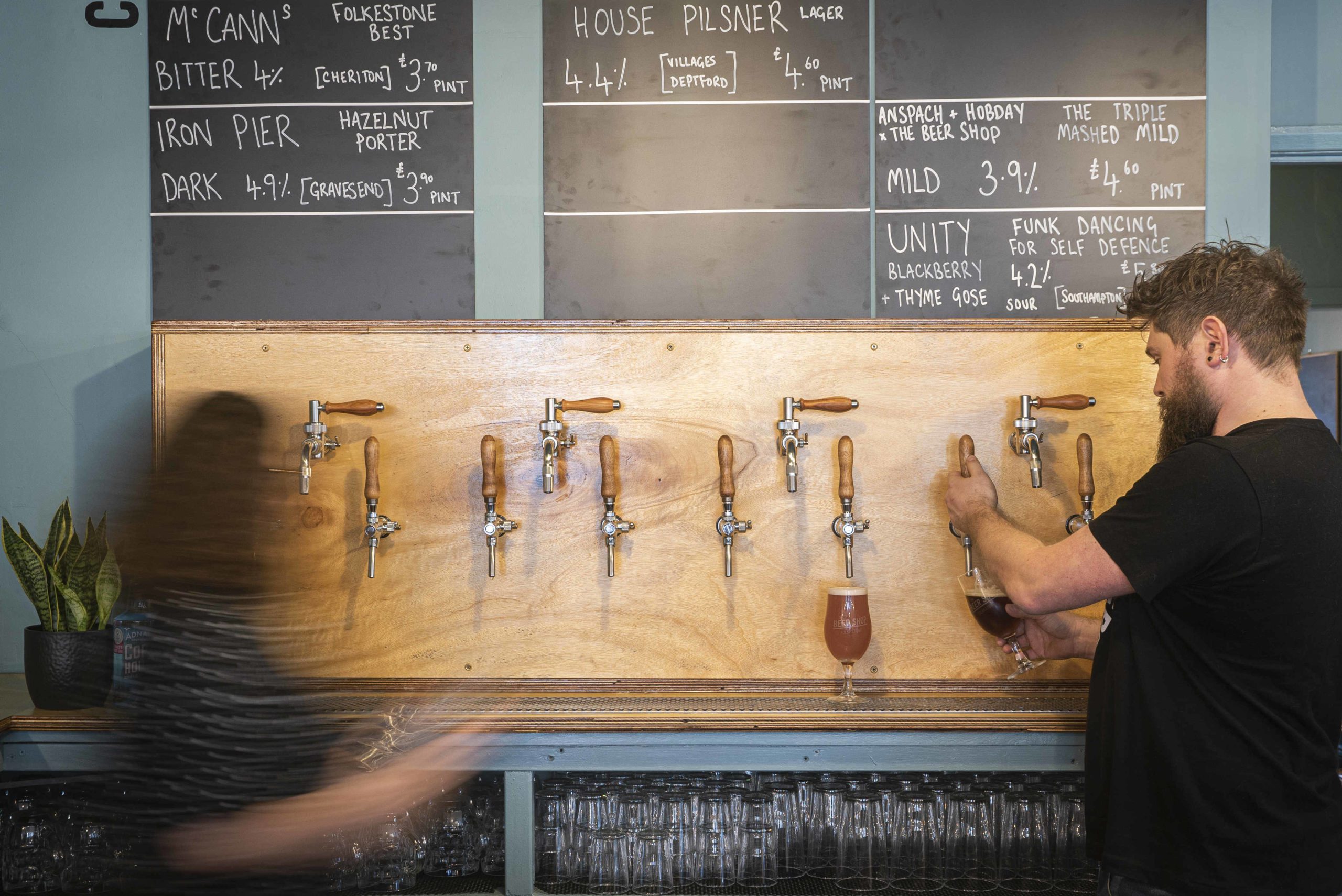 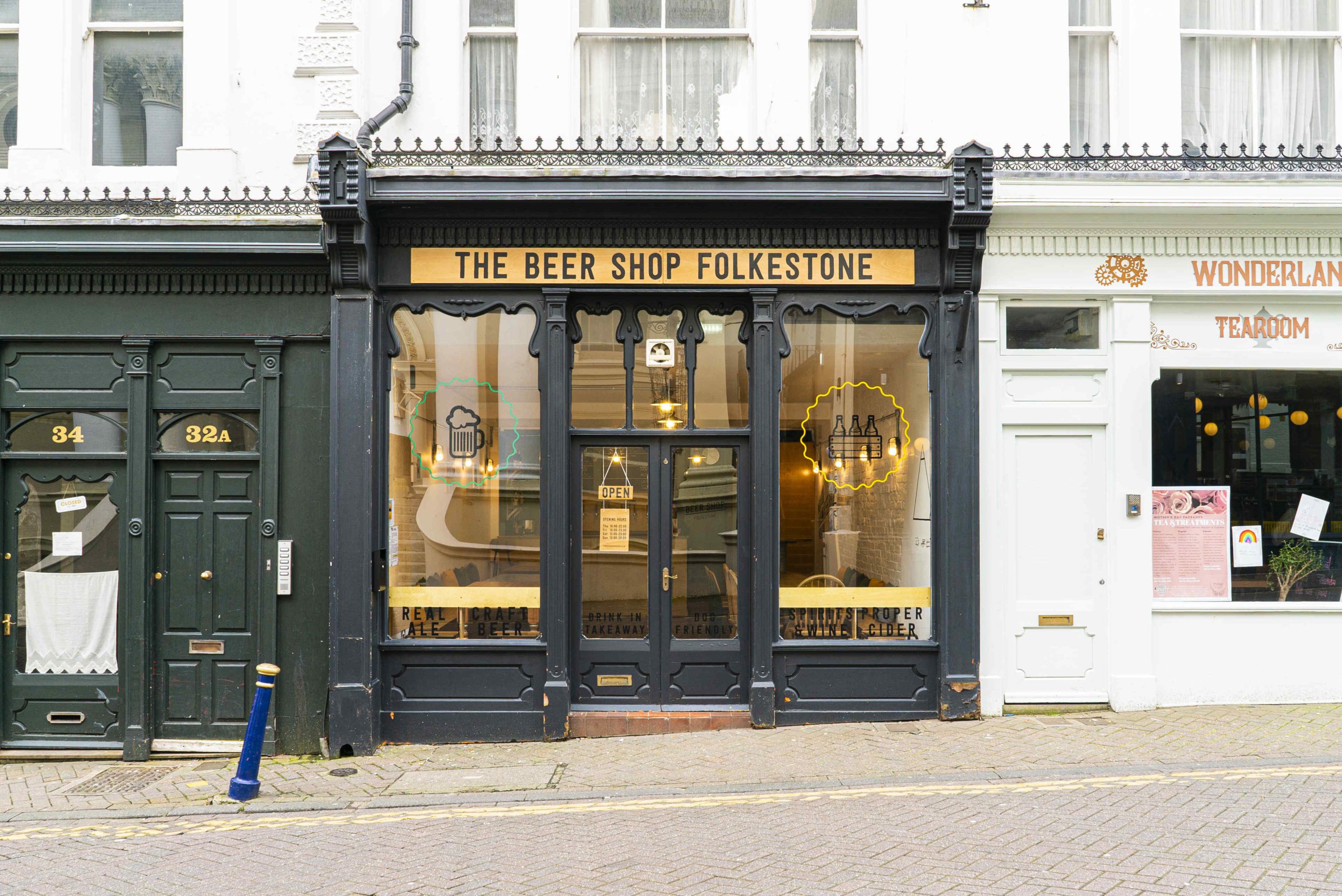 The Beer Shop – Drink in or Take Away

The Beer Shop is situated on Rendezvous Street in Folkestone.  It opened the week before pubs, bars and restaurants were advised to close by the Government due to Covid 19 in March 2020.  Lauren and Lee were undeterred.  They already had a plan.  If you couldn’t come to them, they’d build their customer base by delivering to you.  Running a drinking establishment during a global pandemic takes planning and adapting to ever-changing situations.  Folkelife caught up with Lee and Lauren to see how business was going.

“Our opening went really well.  We had been getting a great response on social media from people wanting local and small brewery beer.  We wondered whether anyone would come and we had a fantastic response.  People came back on the Sunday to try more beer!  It was a quieter day then, and we had the chance to sit and talk to people.  It’s good to get to know what our customers are looking for and how they want to drink.”

Lee and Lauren have been running The Beer Shop London for a number of years.  Lee is the beer-sommelier and Lauren has a background in the arts.  They are passionate about supporting local businesses and the beer they stock comes from small breweries in South East London and Kent.  With both shops they can order more stock and spread the flavours across the South East.  Their aim is to introduce Folkestone beers to London, and local London beers to Folkestone.

The Beer Shop has a great selection of local ciders and wines, as well as the cask, keg and bottled beer.  “We want to get to know our local producers.  Lee and I have tasted some really good wines and ciders since coming down to Folkestone. We’ve got some of the Terlingham Vineyard wines here and we’re excited about trying this year’s wines.”

Lee and Lauren discovered Folkestone thanks to Lauren’s art background.  She persuaded Lee to come and visit a previous Folkestone Triennial festival.  Not only that, Lee and Gianni, from Pick Up Pintxos have been friends for a while. “Gianni did his first pop-up with us in The Beer Shop London. He was looking to start up his own business, and his food is just amazing.  It’s great to be able to support each other in building up our businesses.  So yes, he was one of the reasons we came to Folkestone.”

“Since opening up in the summer, Gianni has delivered a few pop-ups with us.  Those evenings are always a sell out!  The Bao Baron has also joined us for a few evenings which have been a great success.  We’ve been working out how to mark events such as Oktoberfest, the famous German beer festival from Munich.  In the past, we would have had great big parties planned but that’s not appropriate for now.  Next door’s tea shop, Wonderland Tearoom, talked to us about a great idea for some food that would accompany some of the official beers that would be on sale in Germany – some of which we’ll have on offer here.  It seemed to make sense to do another collaboration.

“If circumstances allow, over the winter we would like to run beer and cheese nights and other food related evenings.  We’re getting to know our customers and they come here for a good night out, but also to taste different foods and beers.  Our cheese night, for example, would come with beers that complement the cheeses.  We love connecting the two!” 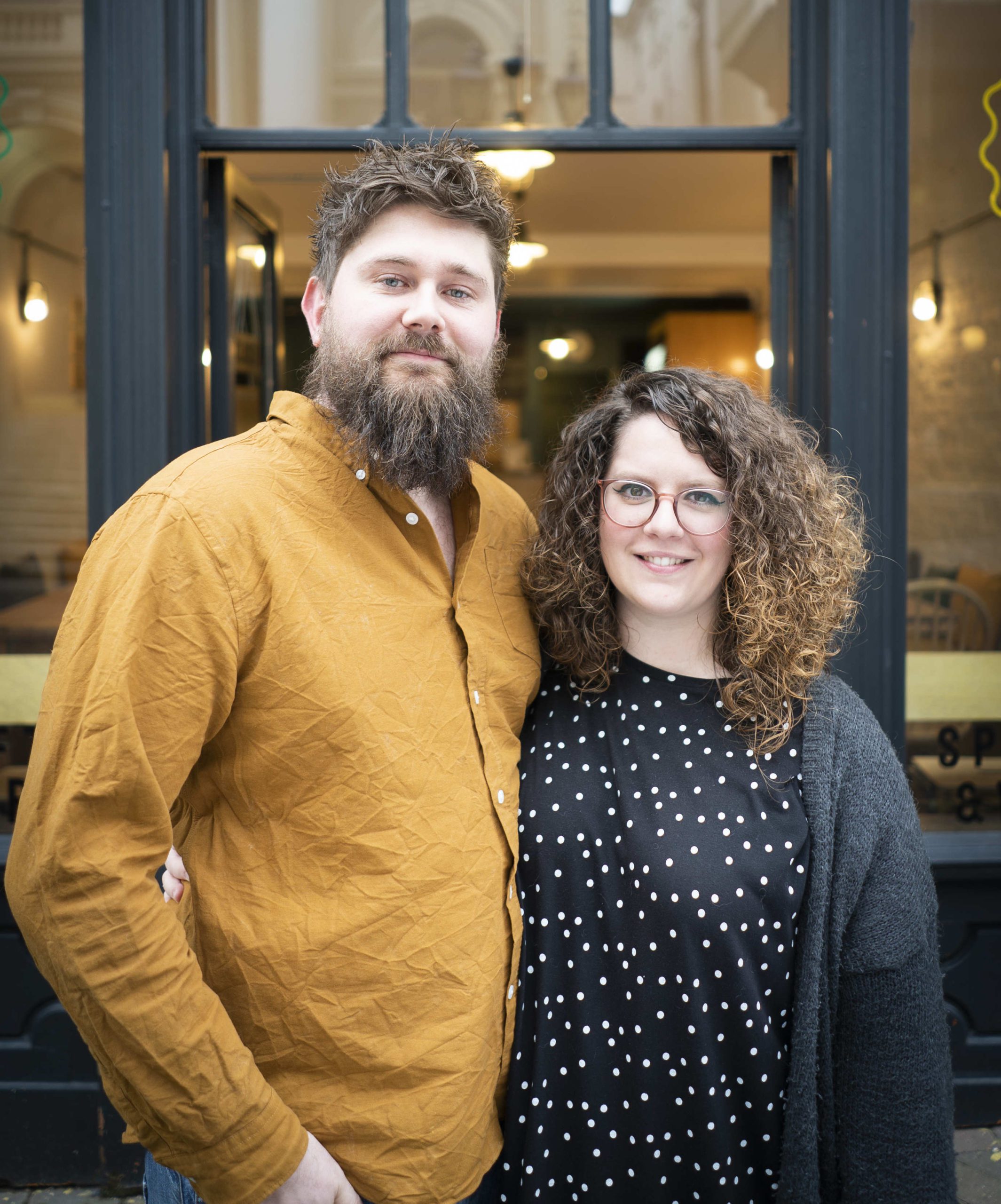 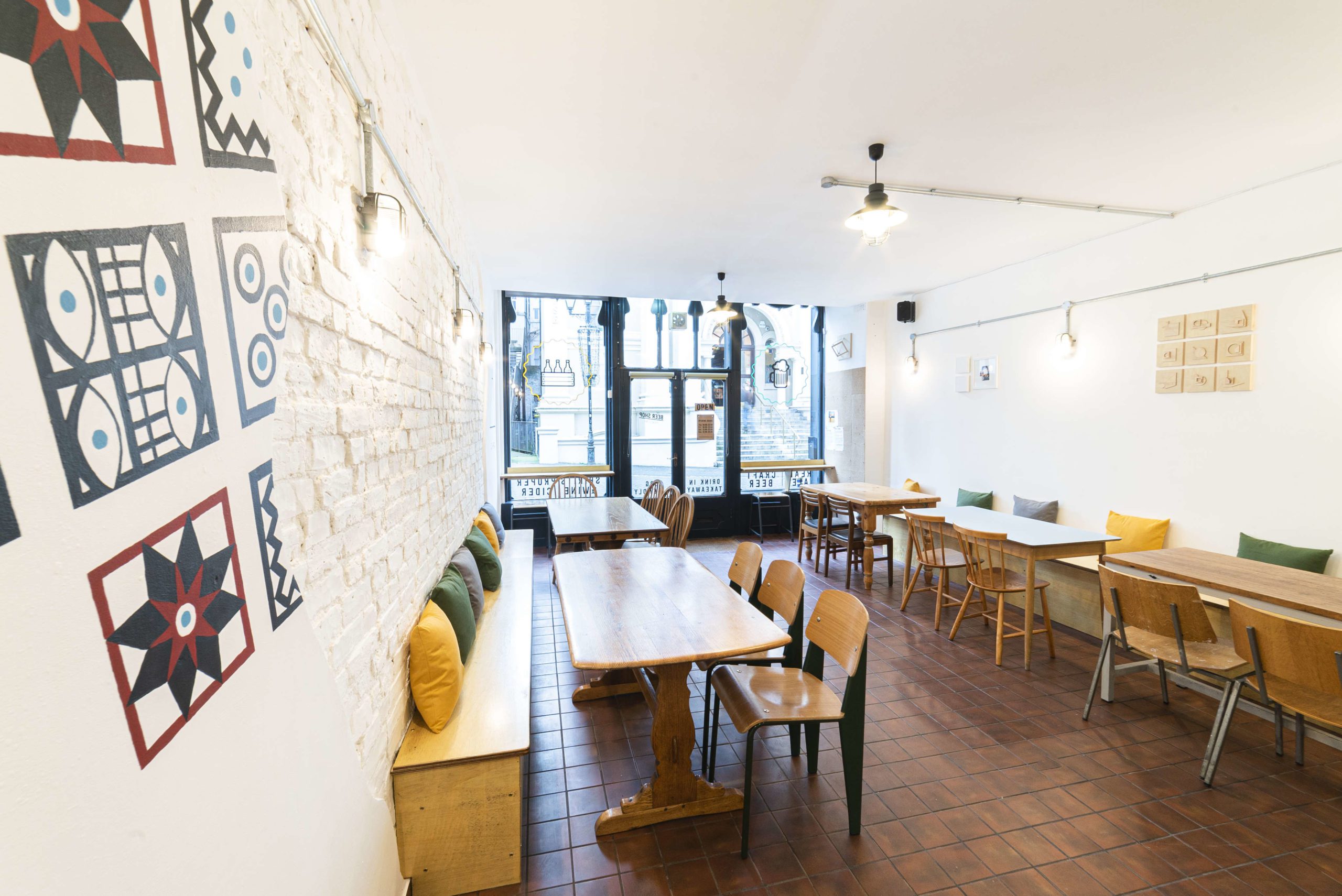 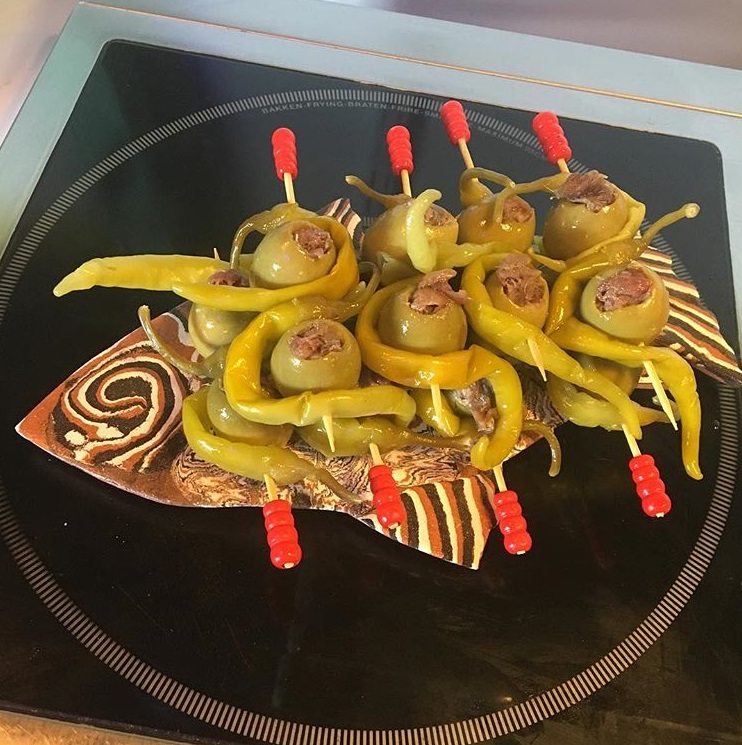 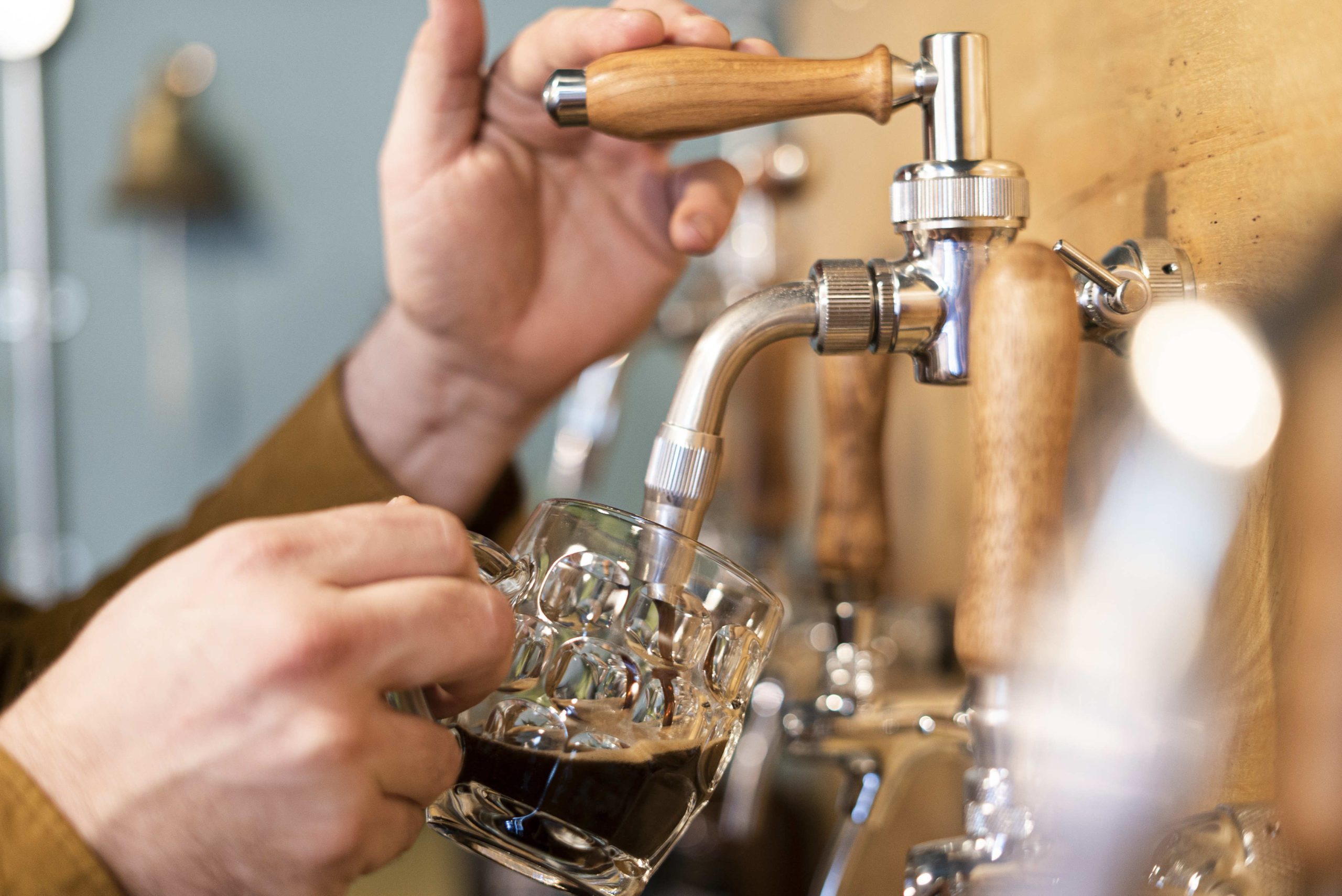 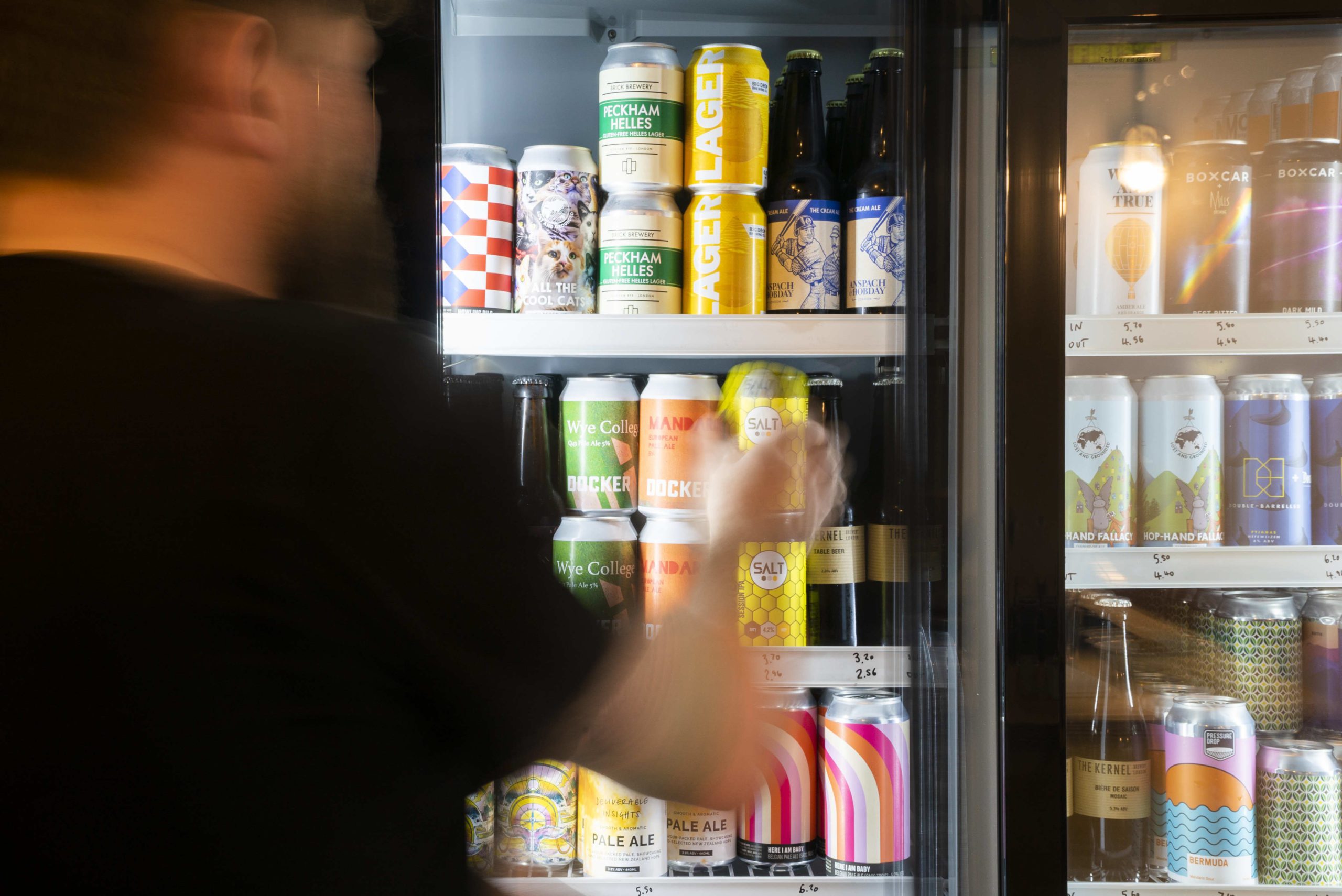 Lee and Lauren’s plan to share their beers between both their venues is really achievable thanks to London being so close.  “It’s really easy to jump in the van and deliver to each shop.  We can make bigger orders now too so that we can share the stock between the shops.  It means that people can taste the new and exciting beers on offer.  We realised that there are a lot of people in Folkestone who understand what’s going on in the beer world, and are really excited to try some new things!”

“Our plan has always been to offer a take-away service.  Sometimes you just want some decent beer to drink at home.  If Covid19 prevents people from coming out we have our delivery service around Folkestone.  We’ve built up regulars that way, and actually, get to know people in a way that wouldn’t have happened before.”

Keep an eye on The Beer Shop’s website to stay up-to-date with what’s on offer.  If you’re looking for carefully selected cheeses that go really well with your beer, cider and wine orders,you could eat out, or have them delivered to your door.