Imagine a world that’s a mirror image of our own, but viewed by us as if we’re giants.  Mike Perry is a set designer and moved to Folkestone in 2017.  He has worked in film, television and theatre, designing sets for Auf Wiedersehen Pet and The Italian Job among many others.  In his profession, creating a small version of the set is part of the job.  Now he creates mini scenes of Folkestone.  You can walk around shops on The Old High Street in real life, and examine their miniature versions of his creation.  Folkelife caught up with Mike when he was exhibiting his work at The Stables on Tontine Street.

“I started off doing theatre design at Birmingham College of Art many years ago.  I moved into television and film, and continued to do theatre as well.  Model making is part of the job as it allows the directors, lighting and camera operators to work out how they’re going to get the effects they want.  There’s an early television model here from 1980 and you can see the process.  The script comes first and then I would make a sketch model.  This is a rough idea and then it develops as ideas change and props are found for the set.  We might decide to paint a wall a different colour, or move the entrance to a room.  Once settled we then create the life-size set.”

“I have made simple sets for interviews or more complex ones for theatre that rotate.  There was a show called Professor Bubble and the A-Z of Everything that was a pre-school programme on ITV.  It was on at about 6am so that parents could get a little more sleep and know their children were watching something semi-educational.  The Professor was in a bubble, circling the earth, and would see something he wanted explaining.  He’d contact his Earth Lady who was a sort of magical witch and say ‘I’ve seen these objects in a field and they’re black and white, what are they?’ and she’d tell him they were cows.  Then in this little screen here they’d run footage of cows in a field and the process of getting milk and cheese from them.

“Then this was the high point of my career with BAFTA nominations for the sets for Auf Wiedersehen Pet.  So I have the model of the hut from the first series, and then the adapted grand manor house they were in for the second series.  It was called Thornley Manor and I based it on an existing manor house but altered the facade and added a tower and walls on so that it became grander.” 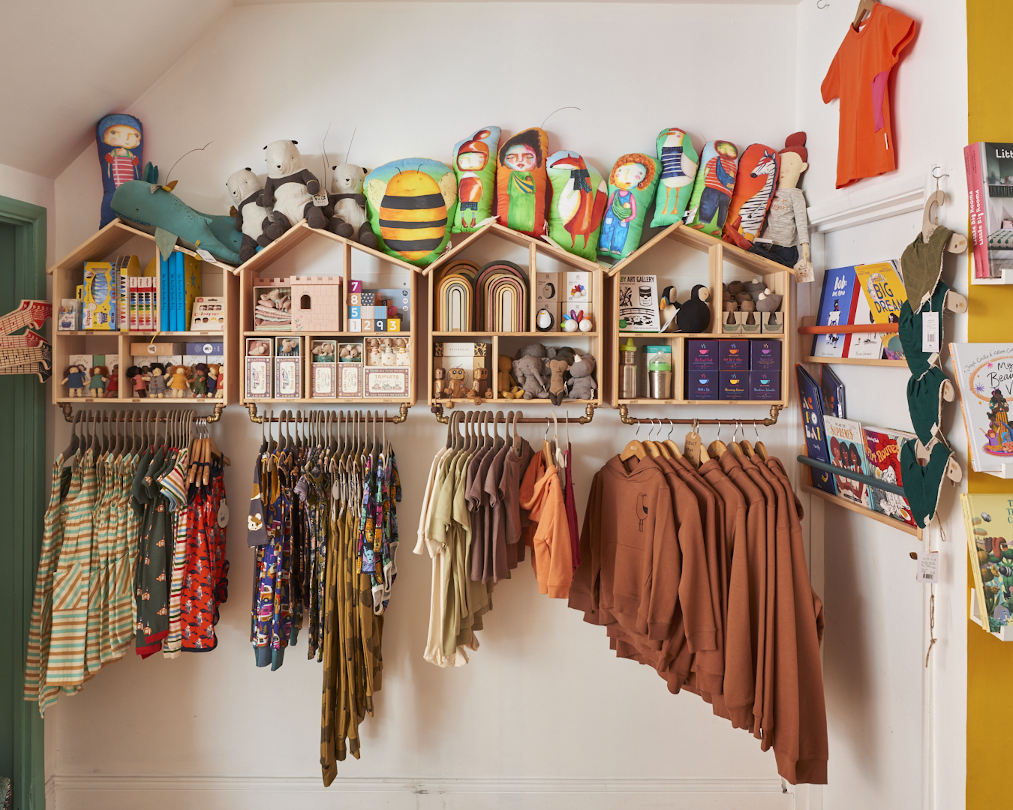 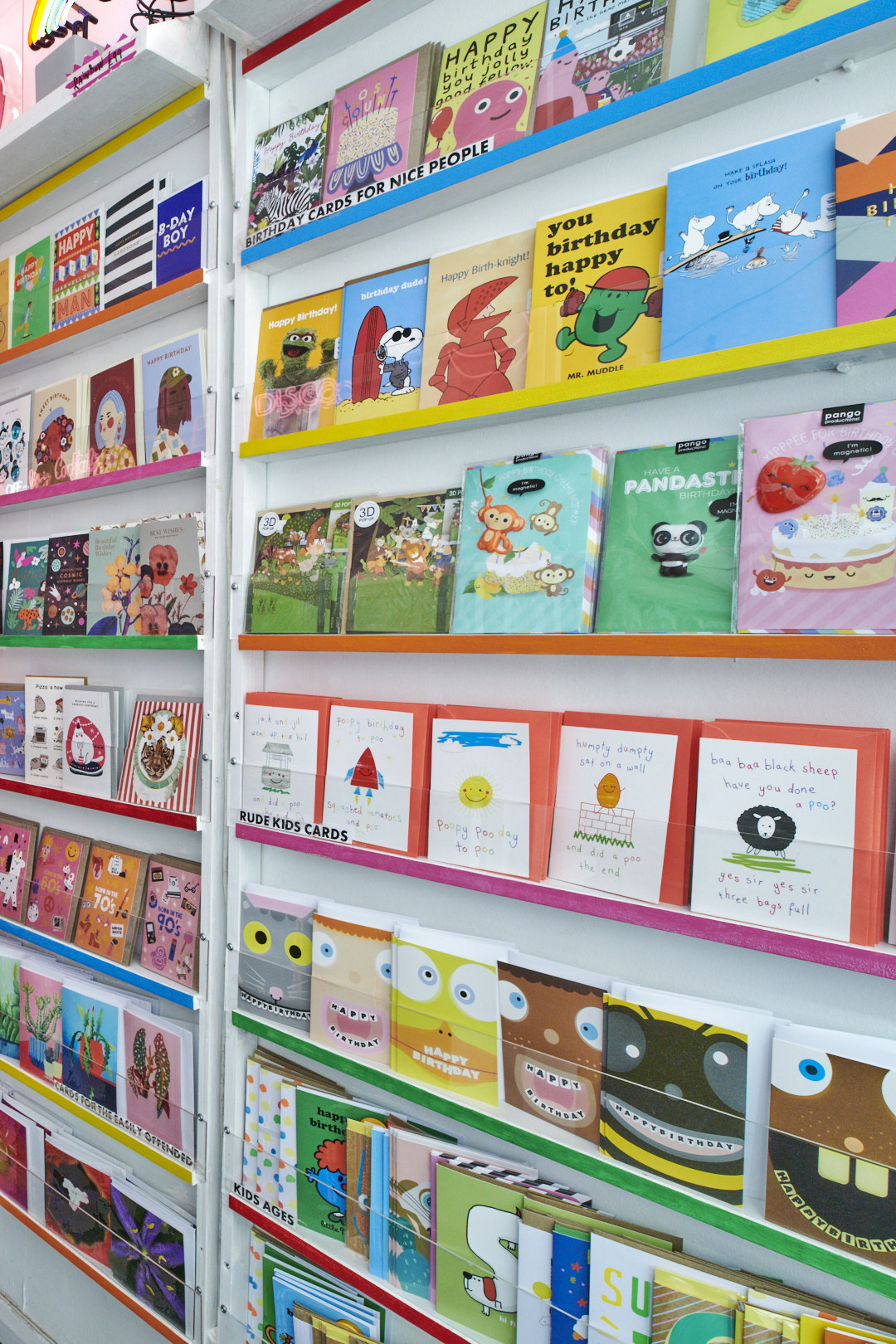 shane recOrd – for the record 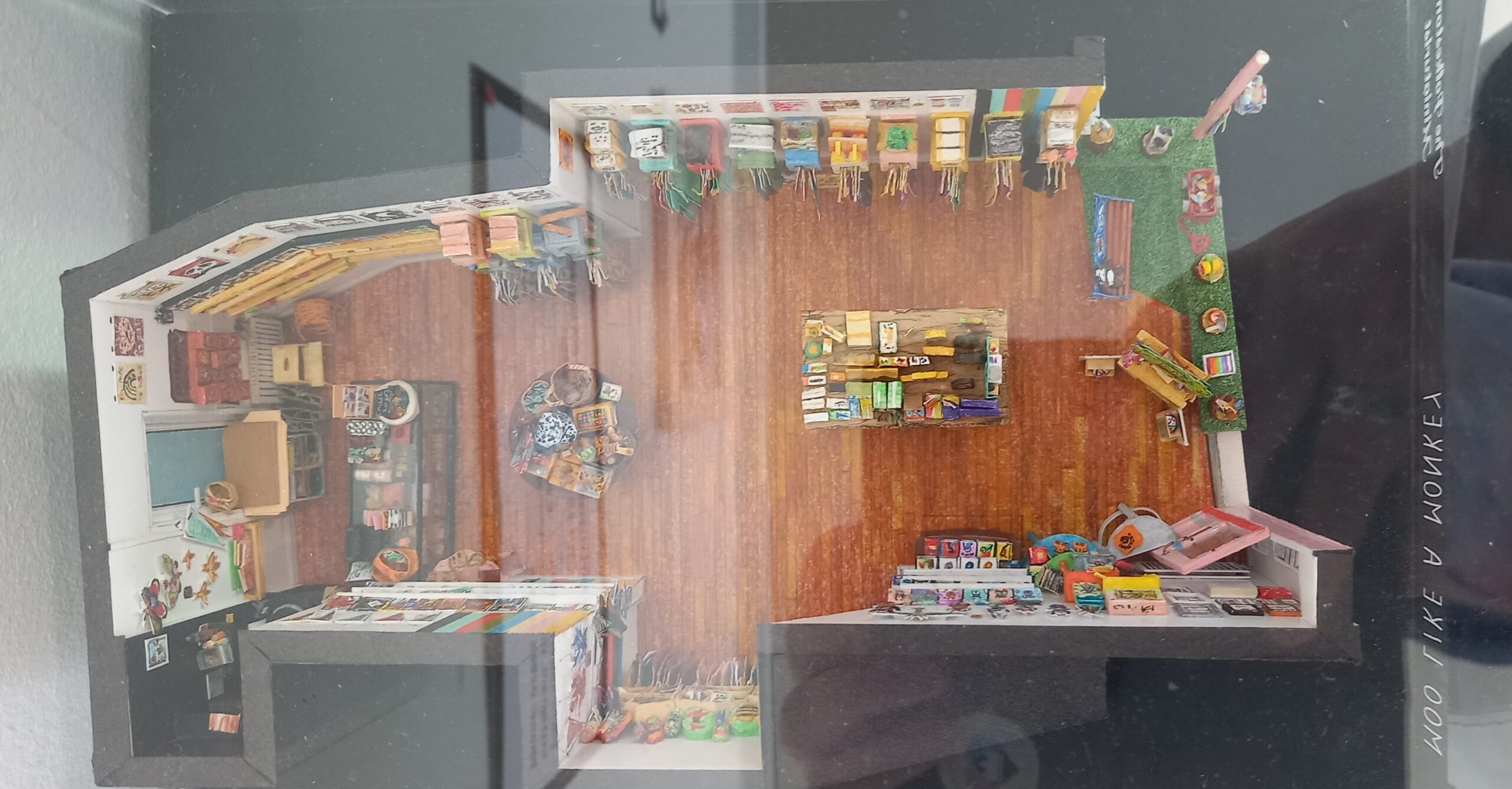 “I have worked in the South East for a lot of my career and when I retired from Meridian TV I used to teach art at Mid Kent College.  I love the sea though, and the Folkestone Triennial is one of the most fantastic things about the town.  There is so much art here; art that’s on display, both publicly and what’s going on in the Creative Quarter, and I wanted to be a part of it.  I’ve been here since 2017 and have no intention of going anywhere else!”

“Some of the work I do are commissions.  The deal is that I get to borrow the item back at anytime to display at opportunities like this.  Moo Like A Monkey was one of the first Folkestone venues I created.  It’s their old shop that was at the top of The Old High Street and so they have this on a shelf in their new shop.  If you have a look at the back of the shop here, just behind the till, there’s a miniature of the miniature!

“I try to give a feeling of the place, so it’s not an exact representation.  Also, I don’t really like putting people in the models as they’re stylised models, creating an atmosphere, and as soon as you introduce people they become almost a caricature and that’s not what I want to do. I do, however, like putting animals in!  So we have Charlie in Shane Record’s, and Brenda in Not For Humans.  Steep Street though is always full of people that I felt it would look funny without anyone, so that is an exception.”

“I worked on the film The Italian Job.  There’s a photograph up there of the bus hanging off the edge of the cliff.  It wasn’t intended to end like that.  The original script had the team sitting drinking coffee in a square with the police coming in from all sides and Michael Caine saying ‘I’ve got an idea..’  That was a fun project to work on!

“Each model takes about 3 to 6 weeks to create, depending on the size.  I’ve chosen to do Paradiso on The Old High Street because of my film background.  I just love the desk and work space covered in all these film posters etc.  This isn’t a commission so I will keep it.   There’s also a work in progress of Whelk Boy studios as well with these lovely porcelain heads he has at the back of the gallery.

“Model making takes up a lot of my time, and I create other scenes too, and also use kits that used to be on sale in the 1940s and 50s.  These are rather fun.  I paint as well, which I also enjoy.  Here’s a picture of a rhinoceros head which actually comes from James And The Giant Peach.  If you remember the story, his parents get eaten by a rhinoceros at the beginning of the story.  My girls were in a school play and running around with a rather poor rhinoceros head sculpture on and I thought ‘that won’t do’ so made them a proper one instead.  It got a good cheer from the audience!”