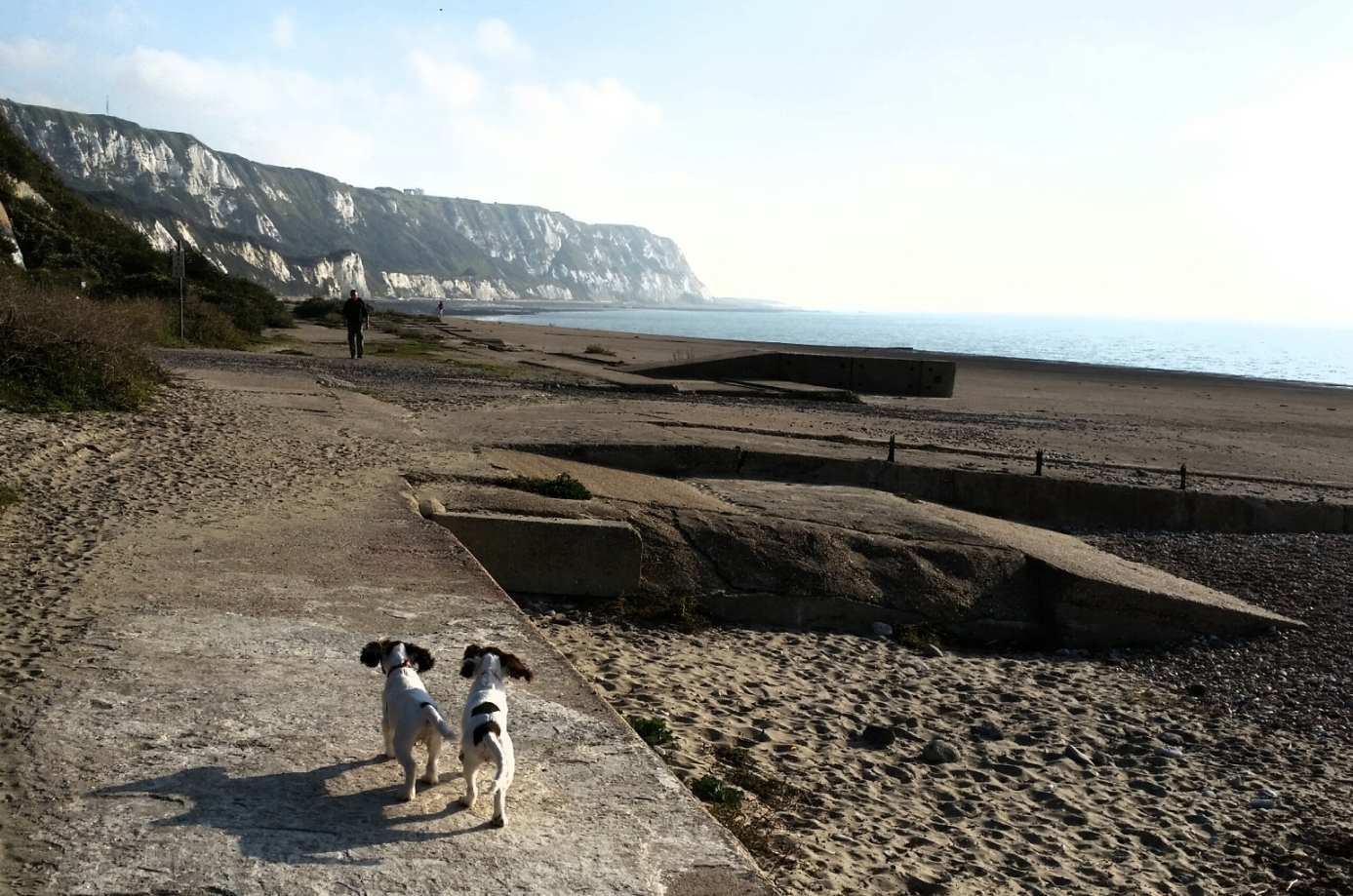 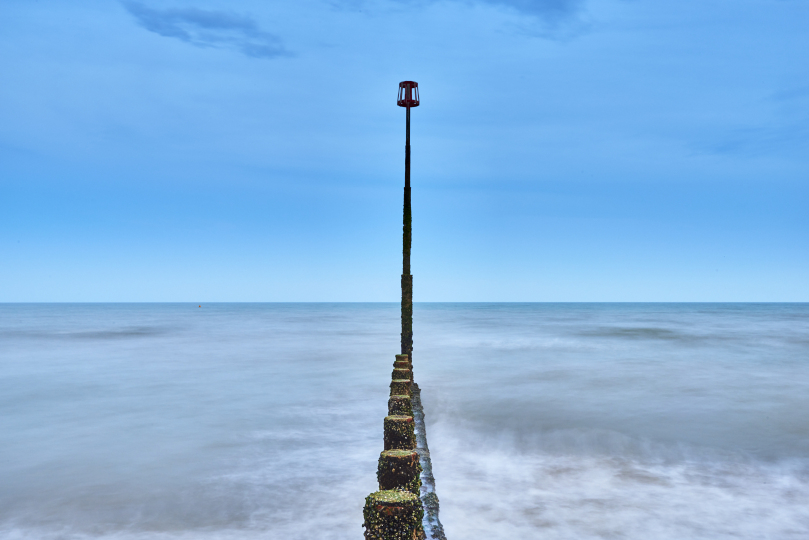 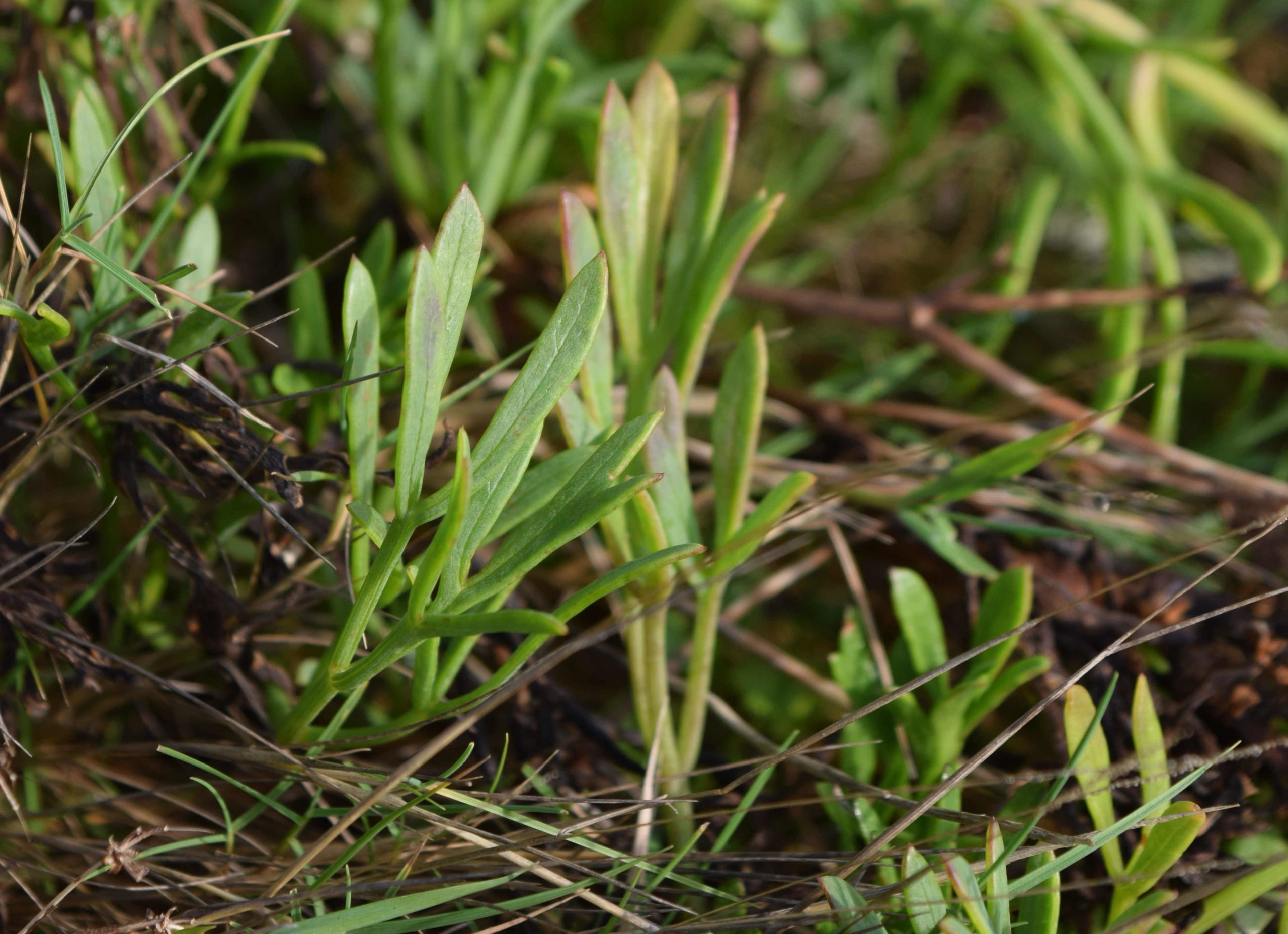 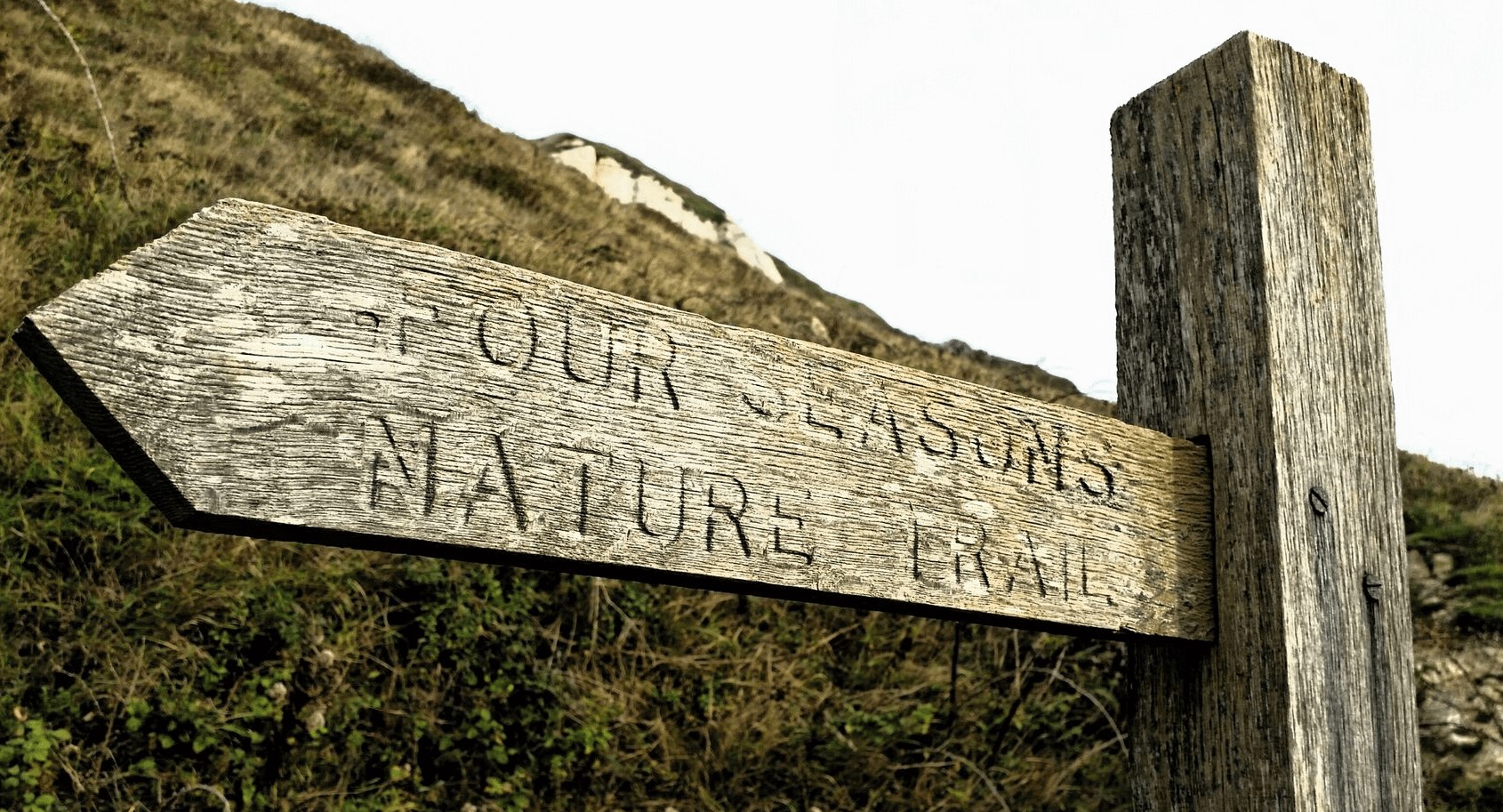 The Warren – One of the Most Beautiful Places on Earth

The Warren area of Folkestone’s coastline shows that you are never far from the power and wrath of the sea. Previously, it was a wonderful Edwardian beach, with its own train station and cafés abound.  Now, it’s a secret wilderness, hidden by forested walks which open to truly the most beautiful of coastal views.  It’s part of the Kent Downs and Heritage Coastline that the Lonely Planet Guide suggests you should visit.  It sits at number 4 of their Top 10 world-wide selection, and is the only UK destination to make the list.

The White Cliffs country continues from Dover into Folkestone but here, the bedrock is Lower Greensand and Gault clay with the white cliffs at the back. The chalky cliffs have rotated and slumped as The Warren is a text book example of ‘rotational shearing’.  This has formed the undulating, undercliff landscape.  Dark-coloured Gault clay makes up the Wear Bay area rather than the white chalk Vera Lynn sings of. 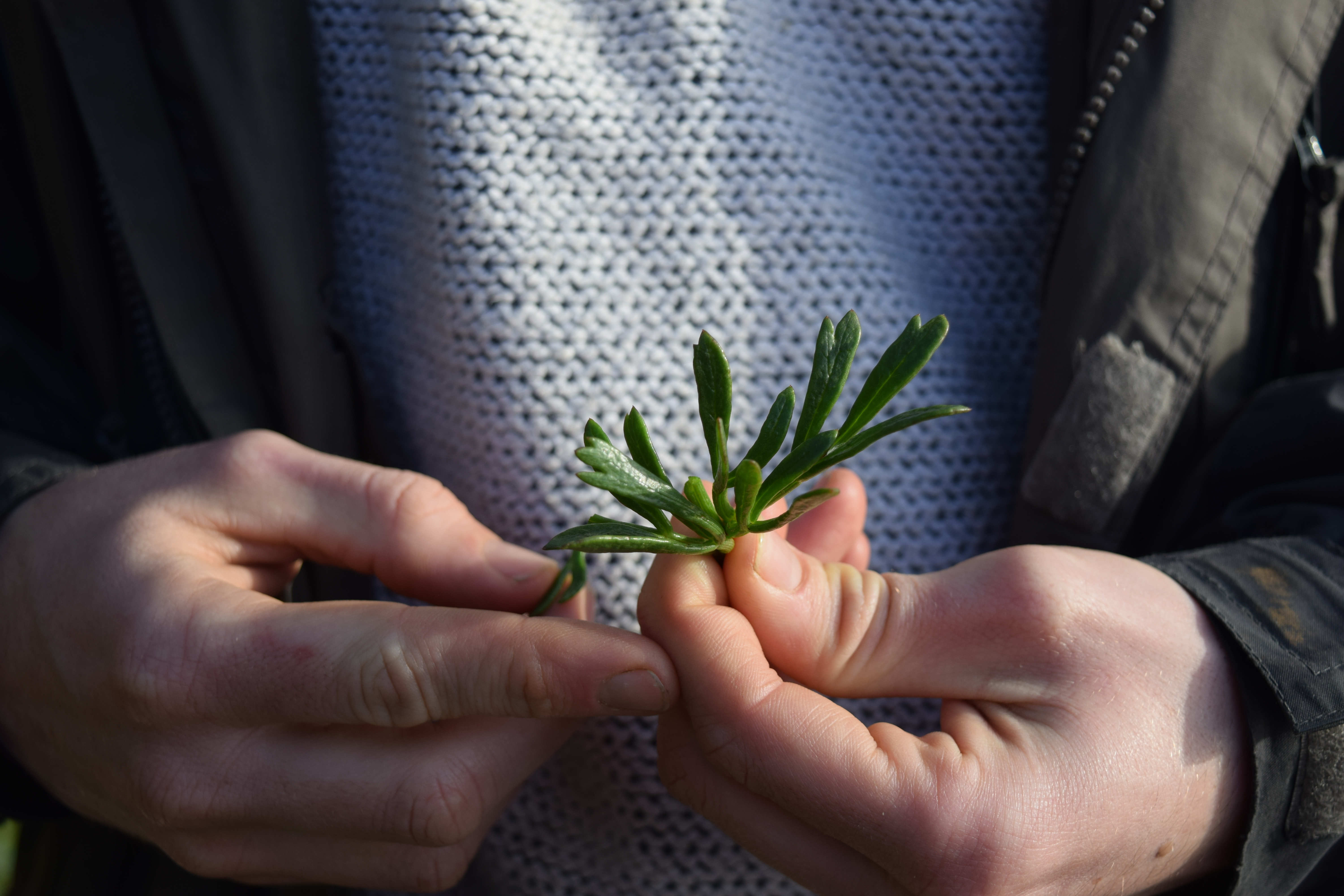 FOraging wild plants on The Warren 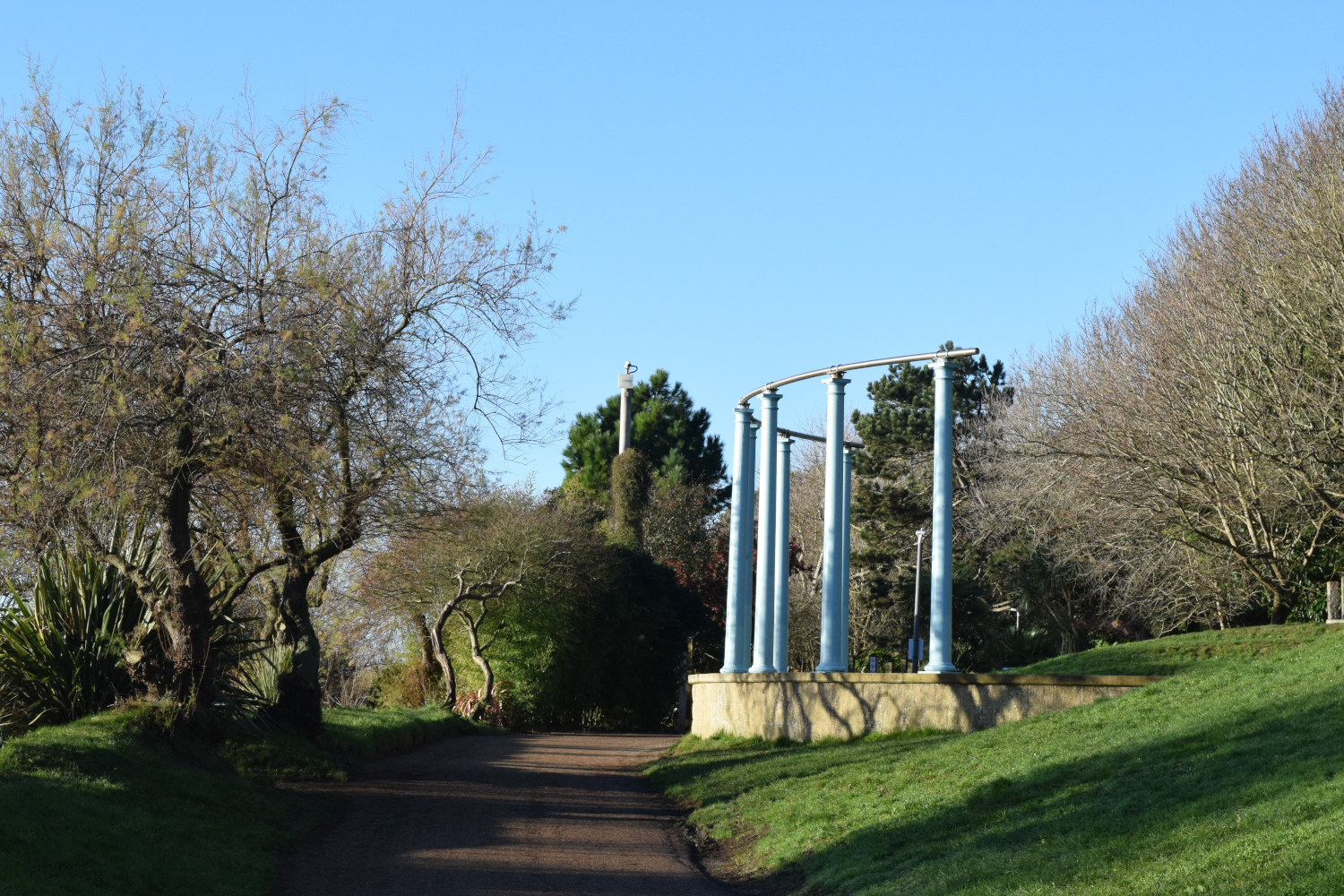 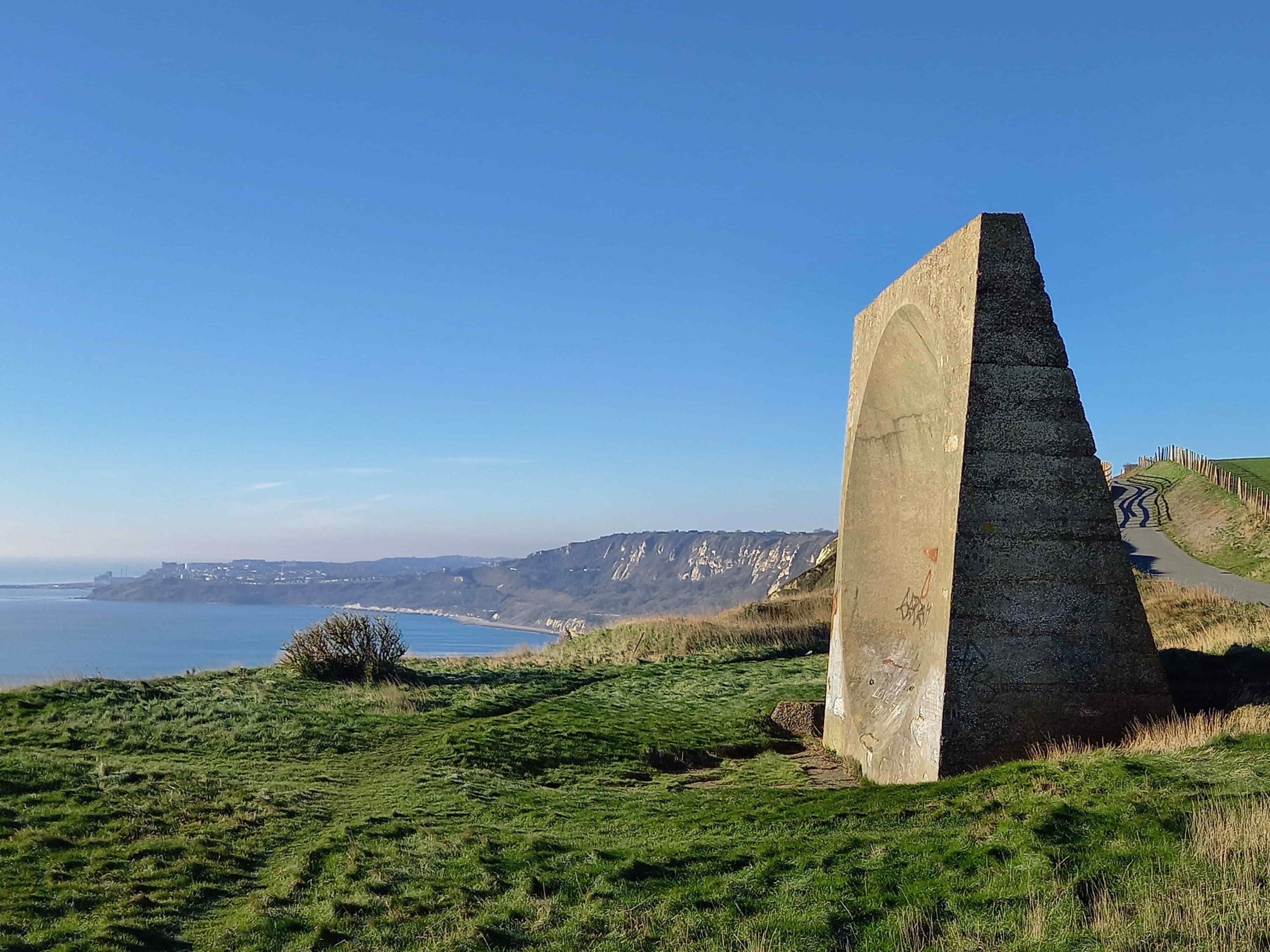 The Warren certainly is an incredibly important geological area. In particular, the chalk and clay hold a wealth of fossils that have helped decipher the UK’s geologic past. Melanie Wrigley, Senior Partnership Officer at the White Cliffs Countryside Partnership spoke to Folkelife about the geology of the area. “The Warren is a ‘geological type section’.  The sequence of fossils that the area holds is so complete that you can use it to date other sediment of a similar age from around the world.  We’re talking about the Cretaceous era where ‘creta’ means ‘chalk’.   If you’ve ever wondered why there’s Crete Road West and East then this explains it!  Creta is also an old French term meaning ‘a chalky hill-top track’, so these roads have nothing to do with the sunny Greek island!

“The time-period we’re talking about is approximately 65 to 142 million years ago.  The rocks at The Warren are about 112 to 90 million years old.    And what was happening at this time was the organisms were evolving so quickly that you can see their development happening in the fossils you find here.”

The catalogue of british natural history

“That period of time was the height of the dinosaurs, and takes us up to the point where the asteroid hit the Earth in the Gulf of Mexico, and wiped out the dinosaurs, changing all life on Earth.  So what we have at The Warren is the Lower Green Sand which dates to roughly 110 million years ago.  On top of that we have the Gault Clay which is a bit younger, and sitting on top of that is the chalk.  That’s our paleo-ancient environment.

“The Lower Green Sand shows that, at that time, the area was an estuary, and there’s evidence of sand and even dinosaur prints in this level.  What you also have to appreciate is we’re talking millions of years ago, so the landscape looked incredibly different to what we see today.  The landmasses would have been forming and moving upwards from the equator, so you can’t talk about animals and organisms walking ‘over from France’ because at that time the landmass that is Europe wasn’t there!” 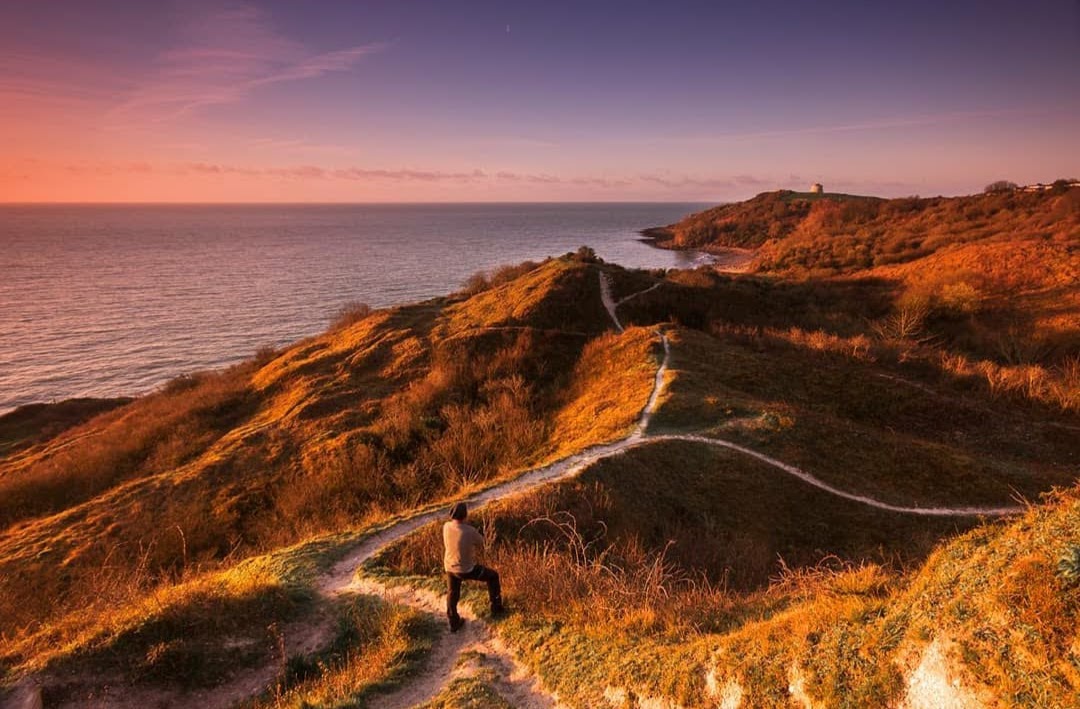 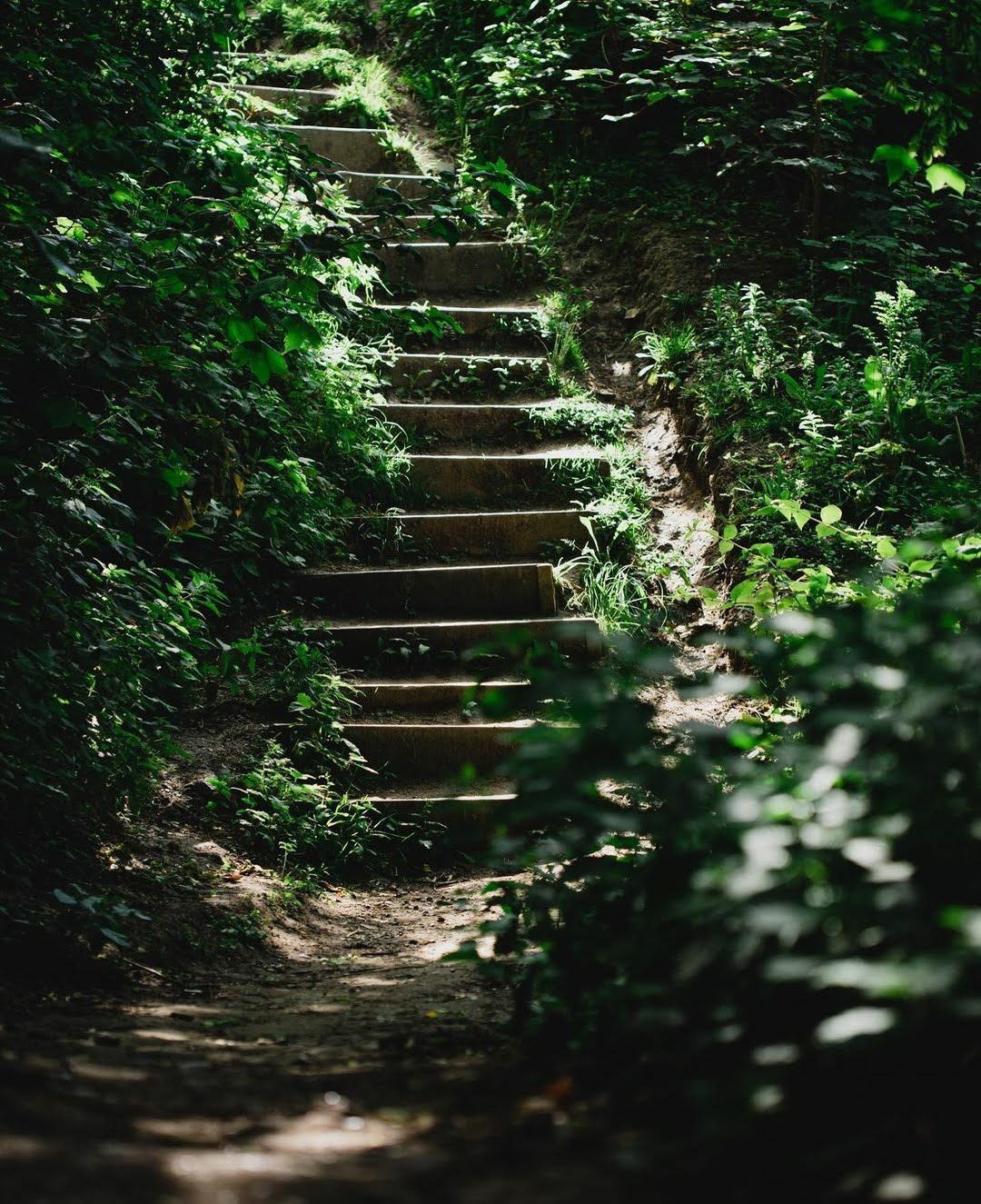 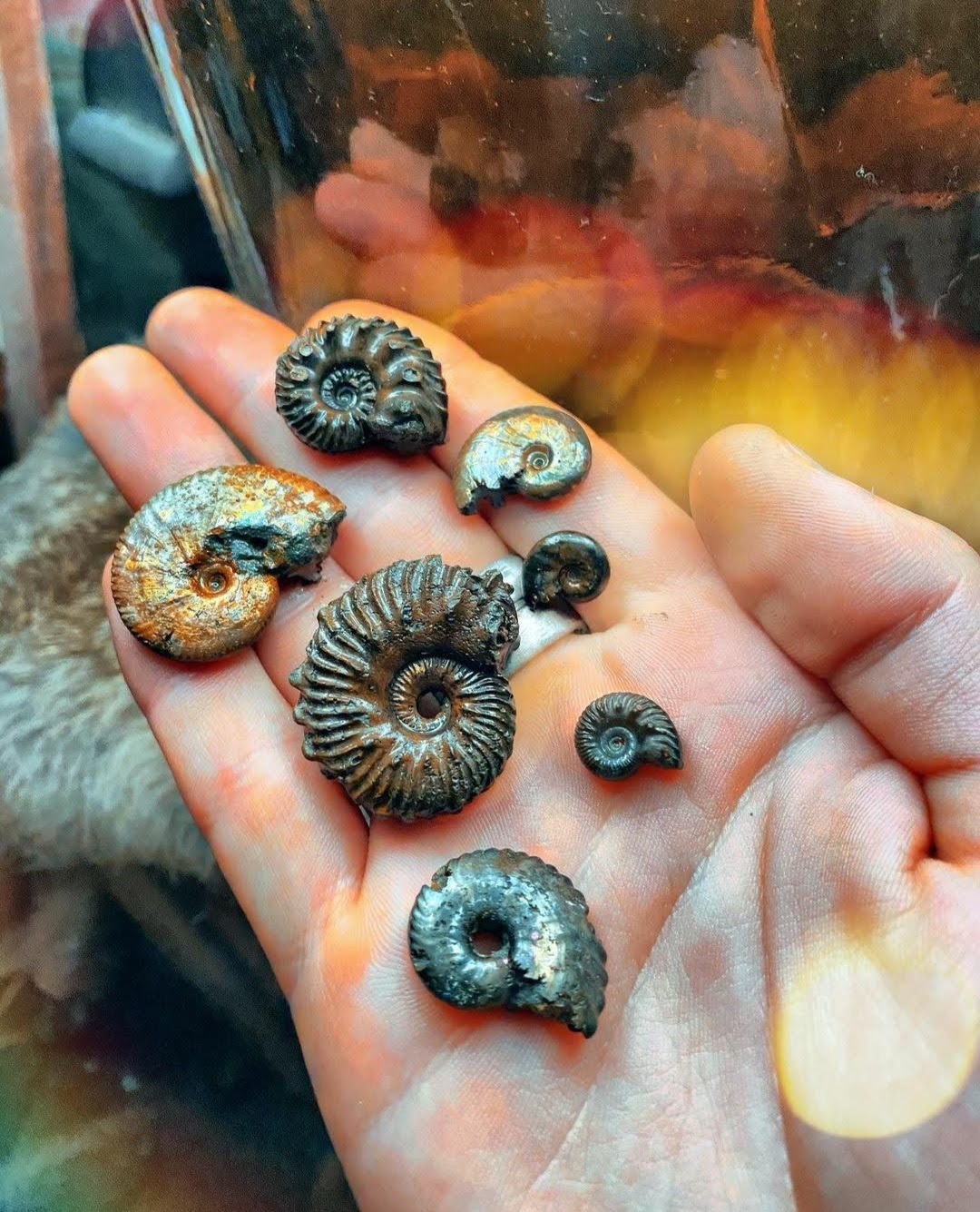 tropical seas in the uk

“In Cretaceous times we would have been in a warm tropical sea!  The landbridge between Britain and France was much more recent, in geologic terms, being in existence about 500,000 years ago.  The rocks at The Warren indicate an ancient constantly changing sea level.

“The next layer up from the Lower Green Sand, the Gault Clay is an absolutely brilliant place to find fossils.  This clay was formed in a deep-sea environment a long way from land. The fossils are marine animals and pieces of driftwood.  You can find the curly Ammonites, and the Belemnite fossils which are the bone-type structure you find inside little squid-like creatures.  The Warren holds around 400 ammonite species as they were evolving at such a rate.  Lyme Regis, in Dorset, which is known for its ammonites, has around 40 different species. Fossils get washed out of the clay by the sea and can be found easily on the beach.”

“I should say that Lyme Regis is Jurassic, so that’s earlier in time than the Cretaceous.  Maybe, what we’re seeing here at The Warren, is organisms adapting to a lot of change in the environment, which is why they’re doing it so much quicker.  The Victorians were big collectors and this is when you start seeing people becoming interested in visiting all these places.  Mary Anning, who’s really connected with Dorset, was such an influence in collecting fossils.  Across the country you will find important collections of fossils taken from The Warren in regional museums.” 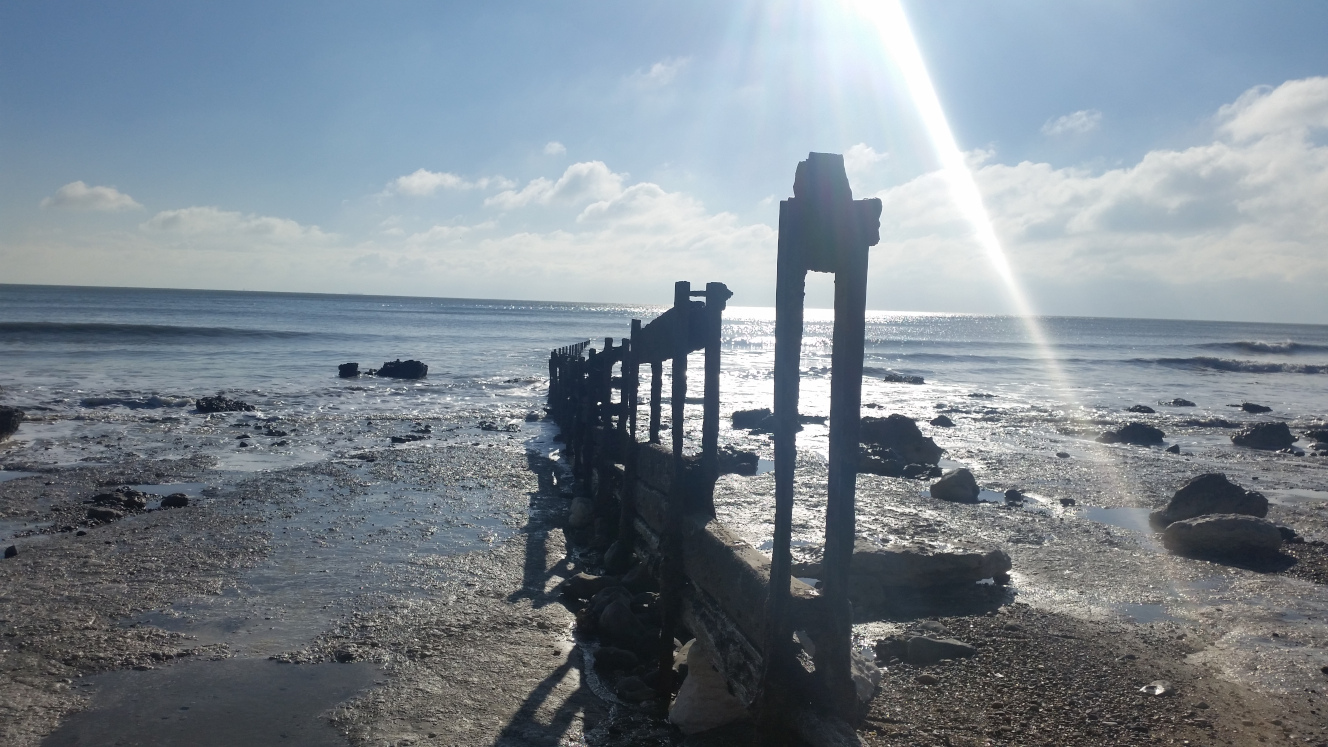 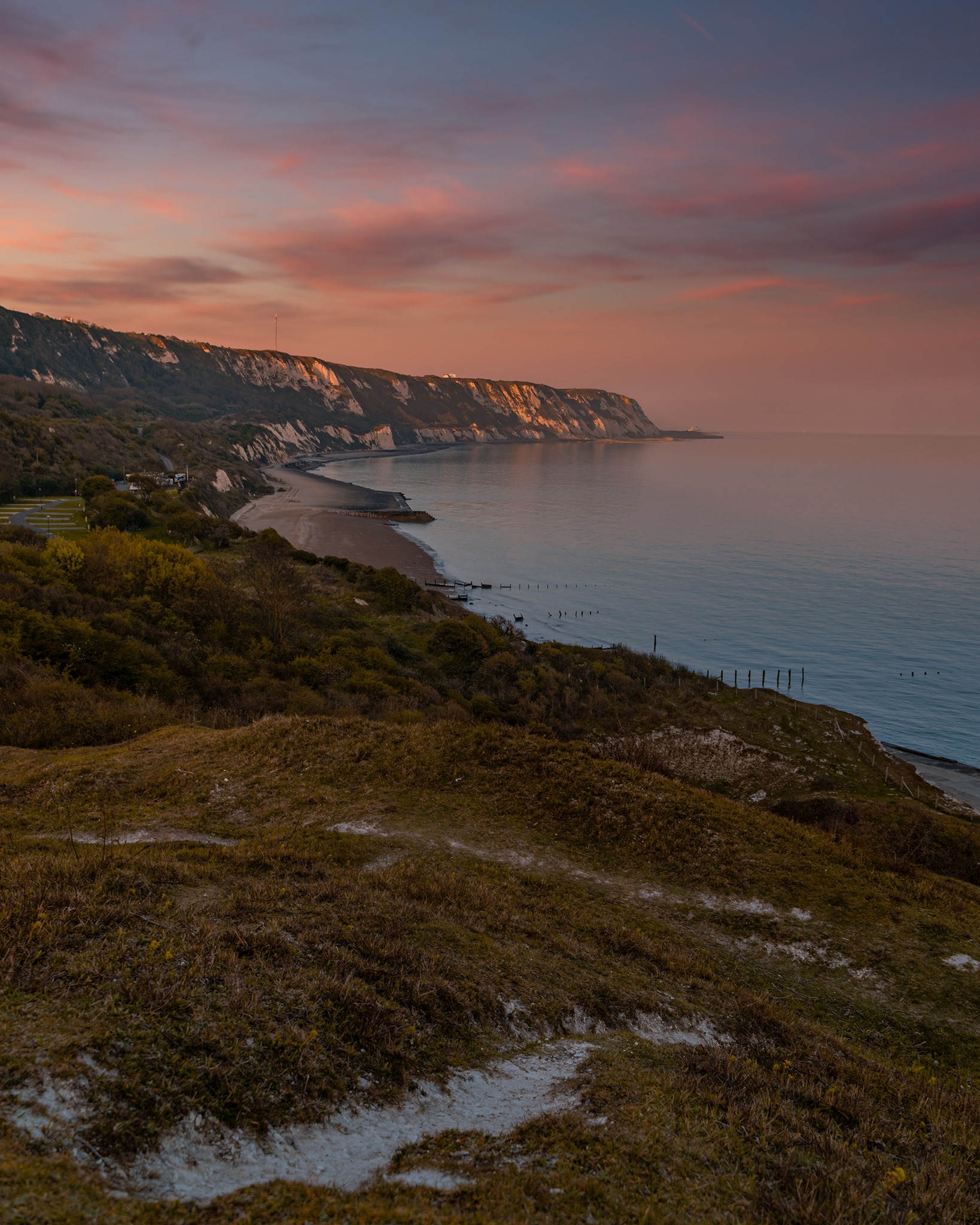 “What’s difficult in all of this is to picture the landscape as it grows over time.  Imagine a layer cake, and at the bottom we have the Lower Green Sand, and then the sticky Gault Clay, now, what happens next is the chalky layer forms.  Chalk forms in tropical seas, and it’s a really interesting analogy with today’s climate.  So, at the time the chalk was being formed, there was runaway climate warming.  The greenhouse effect had melted the polar ice caps, so there was no ice at either pole.  The sea water was at its highest level we’ve ever had.  And what was creating all those greenhouse gasses were loads of volcanoes going off.”

“If you look under the sea, along the mid-atlantic ridge, you will get a line of active volcanoes and these are pushing up, and the rock is forming immediately and moving those continental plates outwards.  Those continental plates meet, folding down underneath the next plate they reach and this is where you get earthquakes. The world’s crust is composed of these plates meeting or pulling apart from each other and the process is called Plate Tectonics.

“With all these volcanoes going off, the ice melting and so on, we have, so some scientific papers say, sea water level in the Cretaceous period was 300 metres higher than it is today so 3 times the height of the white cliffs! The highest sea level ever on planet Earth.  It’s the period in geological time when these little microscopic algae called Coccoliths would be swimming in the sea, and would absorb the carbon dioxide in the atmosphere.  Their skeletons are what makes the chalk.  When they died, they dropped to the bottom of the sea forming a porridge-like sediment that got compacted over time and formed the chalk.”

“In chalky rock you find flint – these glassy, hard rocks.  In these warm seas, along with the Coccoliths are lots of zooplankton or animal plankton.  Now, their skeletons are made up of silica, a glass-like substance.  When they died, they would have fallen to the seabed as well, and once compressed we find ourselves with flint rocks!

“You only find flints around chalky landscapes.  And so, at the end of the last ice age, around 10 to 12,000 years ago, the first lands to be cleared of forests were around chalky areas as Stone Age man learned how to nap flints, making tools to cut down the trees.  You can see lots of examples of local flint tools in the Folkestone Museum, along with lots of fossils found from The Warren, and evidence of dinosaurs.”

“There’s an interesting story about how the cliffs were formed which helps bring us up-to-date with how we see the landscape today.  At the end of the last Ice Age, when the glaciers were melting, there were channels of water flowing at great speed across the land.  They then crashed down like a massive waterfall over the cliffs we have and plummeted into the sea.  When the Channel Tunnel was being built, they needed to re-direct the route of the tunnel to avoid some of these huge shafts going right down into the sea.

“Imperial College in London were doing some research in 2003 and came down with various geophysical technology to survey the seabed.  Up until this point, the creation of the English Channel had been up for debate.  What the team found were these huge plunge pools under the sea.”

“At The Warren today there are lots of examples of horsetails and marestails plants, Equisetums.  I love these plants.  They might look quite weedy to some, but actually, during the Cretaceous period they were as huge as trees!  The dinosaurs loved eating them.  So now, we can walk around this terrain and find rather small examples of what animals much larger than us would have found to eat.

“There are beautiful wild orchids there too.  Chalk gives you the most diverse habitat.  You can have up to 40 to 50 different species of plants per square metre in chalky grassland.  That’s partly because the competitive species are kept under control by the actual grazing or eating of the grasses. It keeps the the more vigorous species that would swamp everything else out. And so the more delicate species like the herbs and the orchids can survive.” 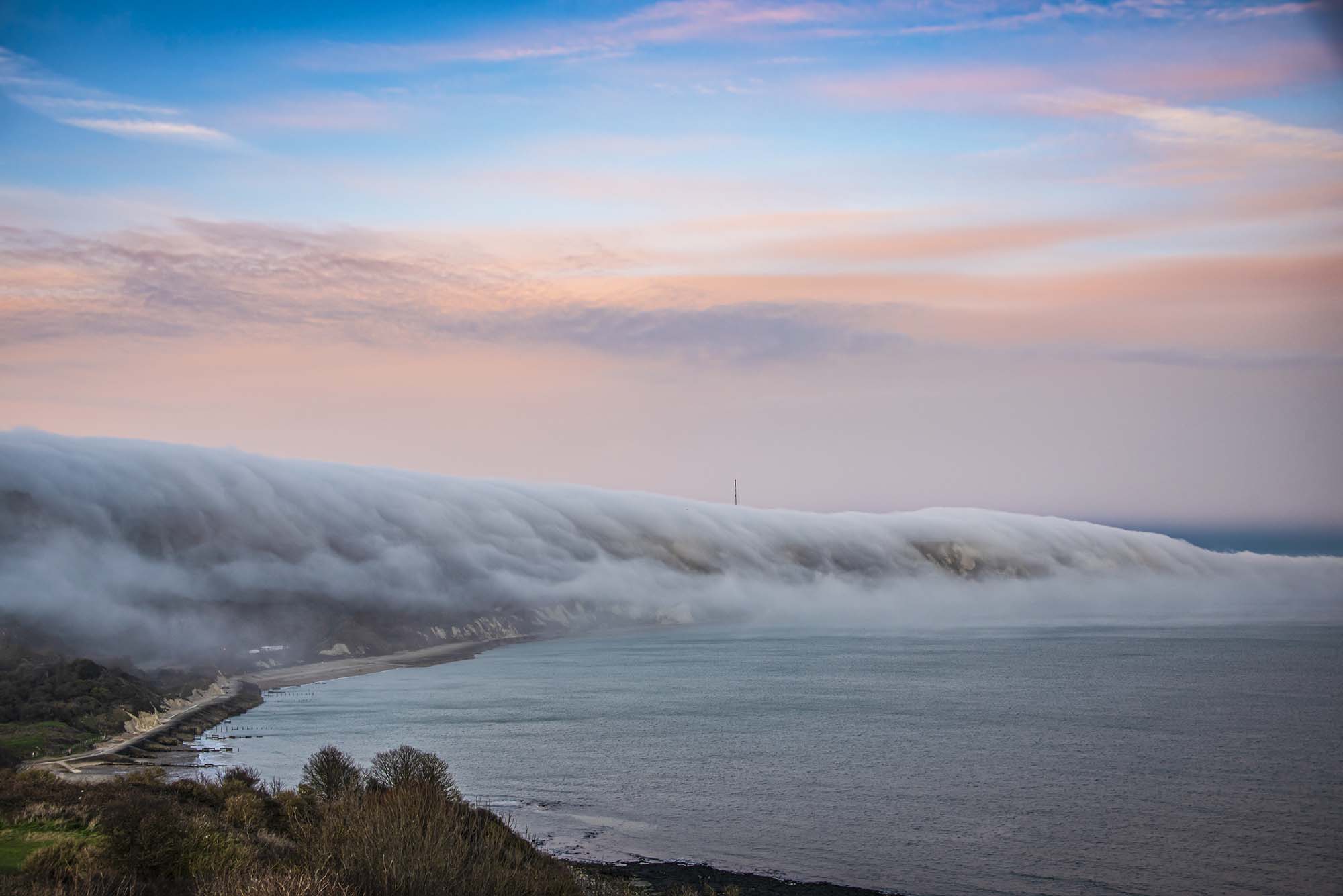 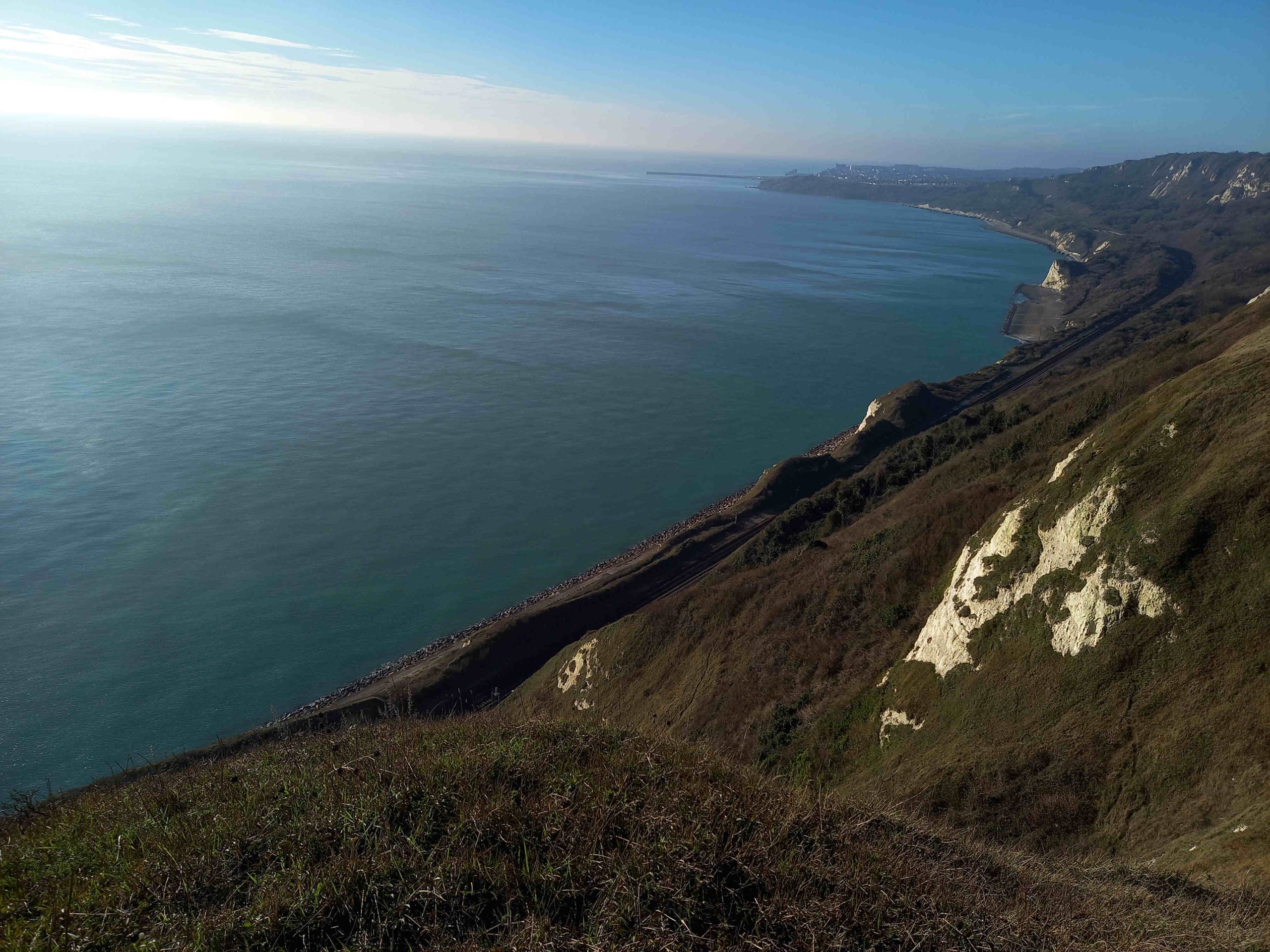 The Warren is a wonderful place to walk dogs, and, importantly, they are allowed here all year round.  On Folkestone’s other beaches dogs are only allowed on from 1st October to 30th April. The zig-zag path draws you up into the tumbling fauna of the cliffs. The plethora of wild flowers and native species of insects that live here help make it a designated Site of Special Scientific Interest (SSSI). Take your binoculars to find over 150 species of native birds, and there are some impressive butterflies to spot too. You can see Samphire Hoe in the distance; this is the landmass created by the spoil from the Channel Tunnel in 1994. Wild samphire grows here, as does wild cabbage and rock sea lavender.

There is free parking on Wear Bay Road, follow signs to the Folkestone Camping and Caravanning Club site. You can also park on Wear Bay Road and access the walks from just below The Pavilion.

To get to The Warren from the top of the cliff, you can park at the Cliff Top Café in Capel Le Ferne and use this as your refreshment base.  Alternatively, you can park at the Little Switzerland Café by the Folkestone East Cliff campsite. There are paths leading down, through the 350 metre high cliffs to the sea front. Take a bottle of water with you to help you on your way back to the top! 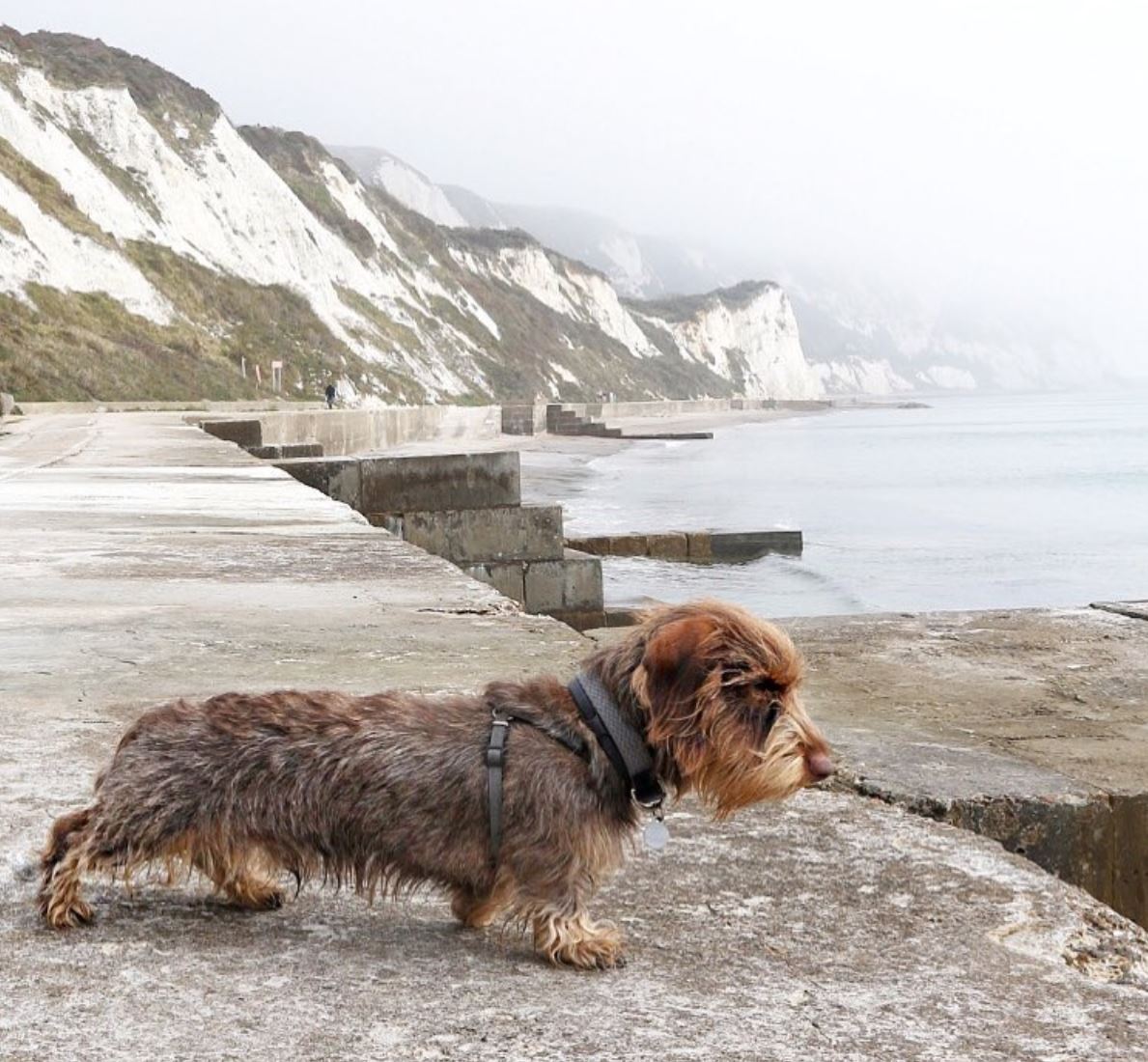