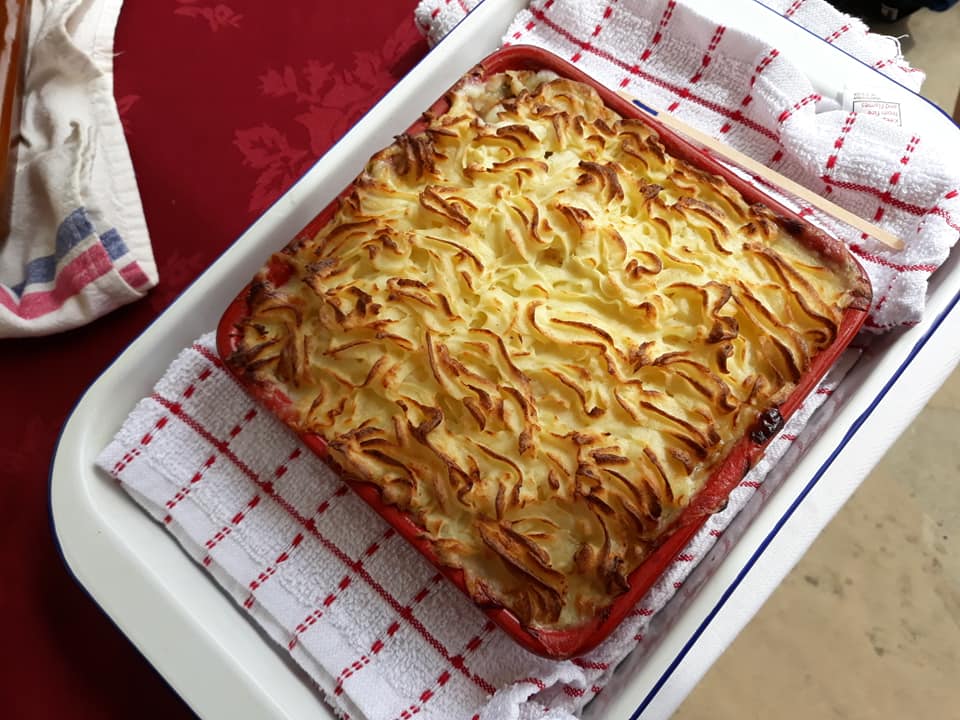 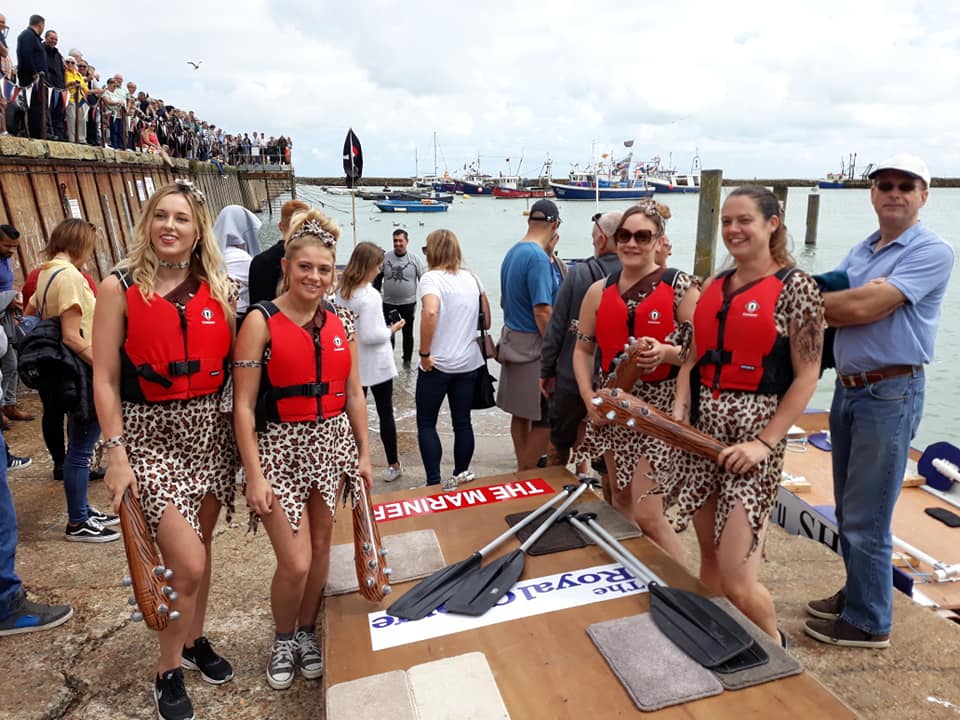 Folkestone fishing tradition means the Folkestone Trawler Race.  In times gone by, there would be a whole fleet of trawlers, joined by those from around the coast to race in the Channel.  The Trawler Race has been re-galvanised and there’s a fun-packed weekend!  Folkestone Trawler Race Facebook page will give updates for the summer race.  Join in with the fish pie competition to be judged by Folkestone’s first-class chefs, and a home-made raft race too.  Organiser Cath Mison talks to Folkelife about your essential kit for the weekend.

“I was born in Folkestone and grew up in the Harbour area.  Every year the trawler race was on and, as a kid, I’d go out on the trawlers as well.  The race started in 1975 but things went a bit quiet in the 1990s.  However, in 2012, Terry Noakes, the director of Folkestone Trawlers and I decided to bring it back to life!  Terry organises the trawler side, speaking to the fishermen and so on.  Andy Pope from the National Coastwatch organises his team to come down; they’re essential as they’re our eyes along the coast up near Martello Tower No 3.  This gives them a chance to fundraise and get volunteers.   My side is putting all of that together, organising the music, the stalls and the fish pie competition!

“The idea is to support our fishing industry, and encourage everyone to buy fresh fish.  You can’t get fresher fish than what we’ve got down here.  I don’t want to bash the supermarkets but, well, Folkestone has 12 hours inshore fishing thanks to the tides; the supermarkets can’t get it as fresh as that, they’re not as fresh as Folkestone’s fish!” 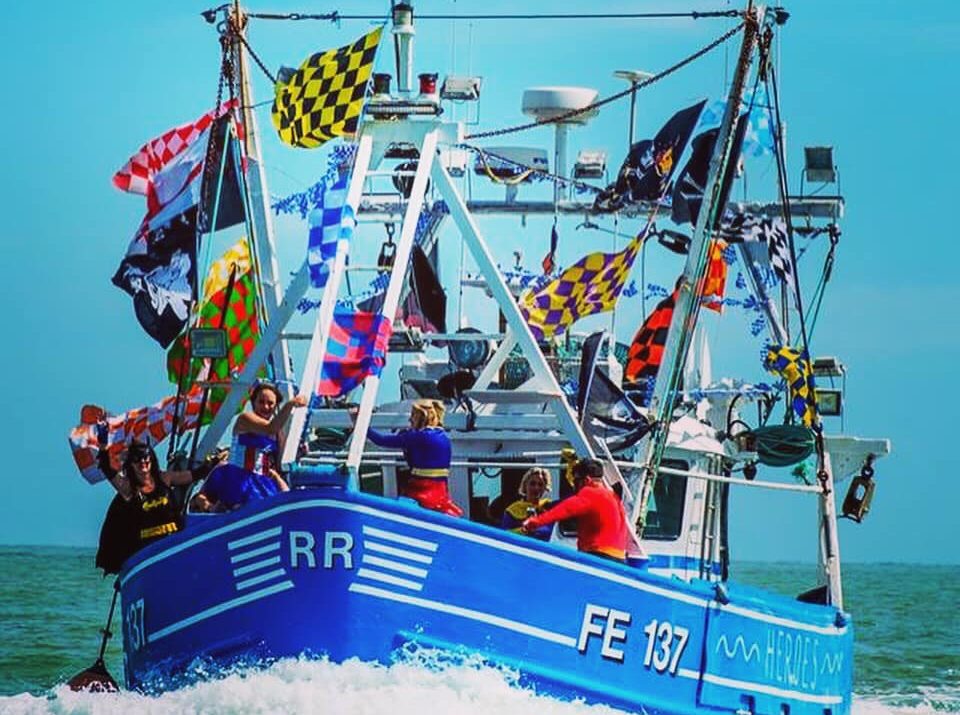 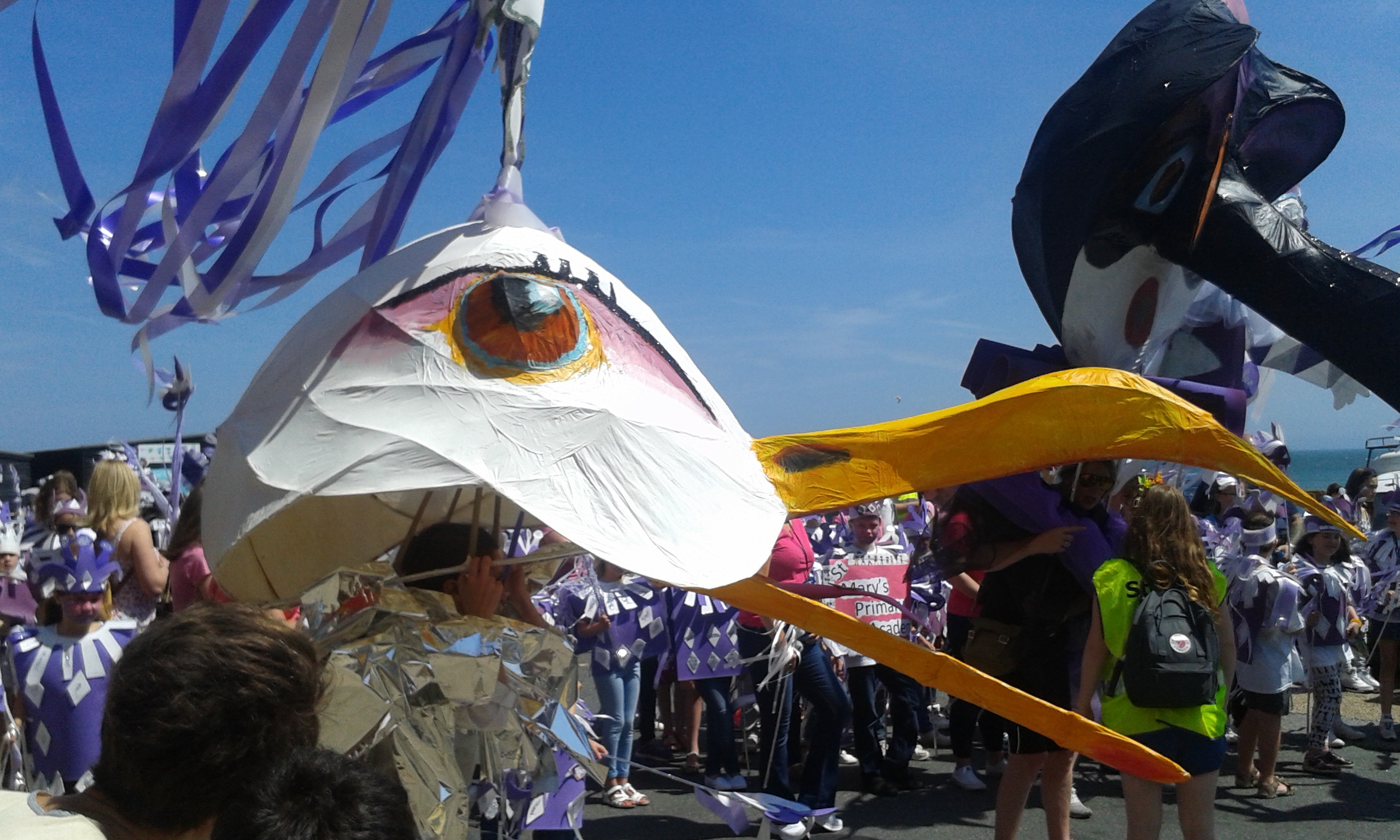 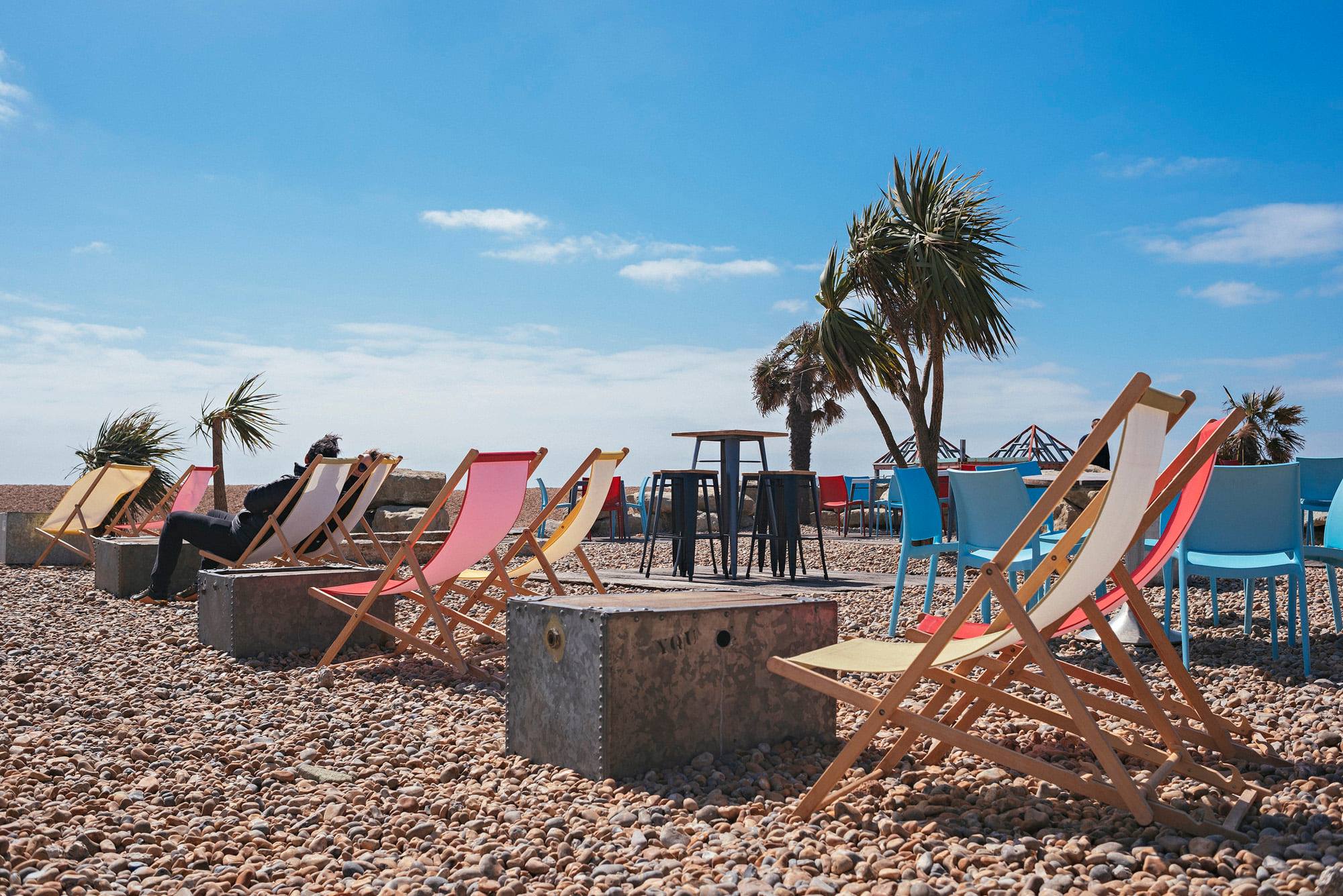 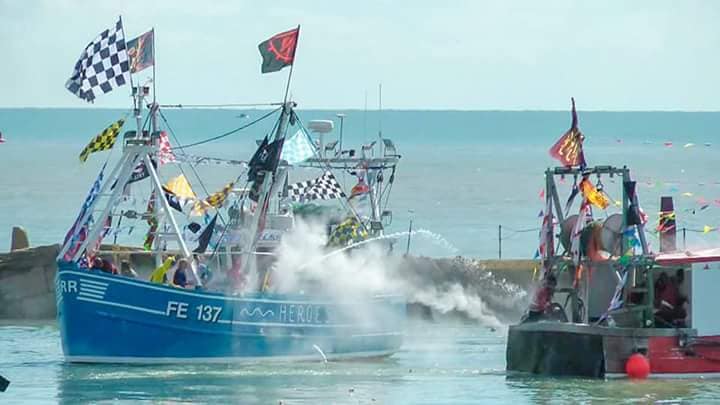 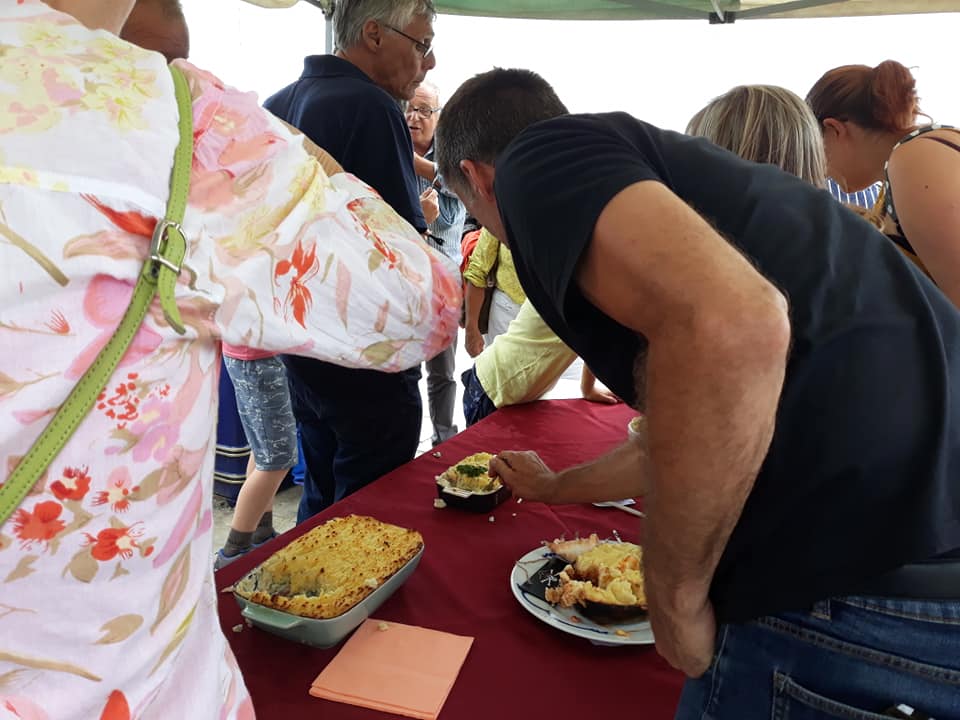 Flour fights on board the trawlers

The Trawler Race has certain rules.  One of which is a flour fight before and after the race.  You’ll see the boats in the inner harbour, all decked out in flags and bunting.  The horns sound and all merry hell breaks lose with coloured flour bombs fired from one deck to another as if the pirates have just moved in.  As the boats leave the harbour, they go out for the race, but on their return there’s more flour to be bandied about.

On shore, whilst the race is taking place, there are stalls and music to enjoy, while you wait for the winner of the fish pie competition to be announced.  “The fish pie competition was a bit of a joke really,” confides Cath. “When I was younger, I used to hate fish pie, and my mum would make it all the time.  Even when I’d come home from my travels she’d say ‘I’ve made your favourite!’  And I’d be like?  ‘Do you want me to stay home?’  But, as you grow, your tastes change and now I love fish pie.”

“What I wanted was for people to make pie, and use fish from Folkestone Trawlers – because it does taste so much better with really fresh fish – and we’re really lucking in having so many people interested in food around, it’s not hard to find a judge or two.  The chefs from Rocksalt are always on board.  John from the Mariners has sponsored us over the years.  Someone from Academy FM Folkestone judges too, they love a fish pie; it’s good to keep all aspects of the community involved in such a community event.”

Terry Noakes, from Folkestone Trawlers, obviously needs to be on the list, and Cath and the team have the Mayor every year and other councilors who’ve supported the Trawler Race; it’s nice to get a good mix of people.

“You might as well put police tape around the tent though, because everyone comes to watch, and they bring their own forks too!  The minute the judging is done, the contestants have to be really quick or else everyone zooms to taste the goods!  Honestly, they’re worse than seagulls!  It’s the funniest thing I’ve ever seen!”

Living by the sea, it’s important to have these community events that highlight our heritage.  You don’t have to own a trawler to join in, the motorboats take part as well, and then on the Sunday there’s the raft race.  If you have the skills to build a floating raft, and get it down to the Harbour, you can join in.  Folkestone Rescue is on hand to scoop up those whose rafts don’t make it past a few paddles, so wearing a life-jacket is essential!   All you have to make sure is that your raft can get across the harbour and back, in one piece.

It’s also an opportunity to meet the RNLI and go out on the lifeboats to see how they rescue people at sea.  The National Coastwatch runs a tombola, and all money either goes to the Folkestone Fishing Museum, or into next year’s event. 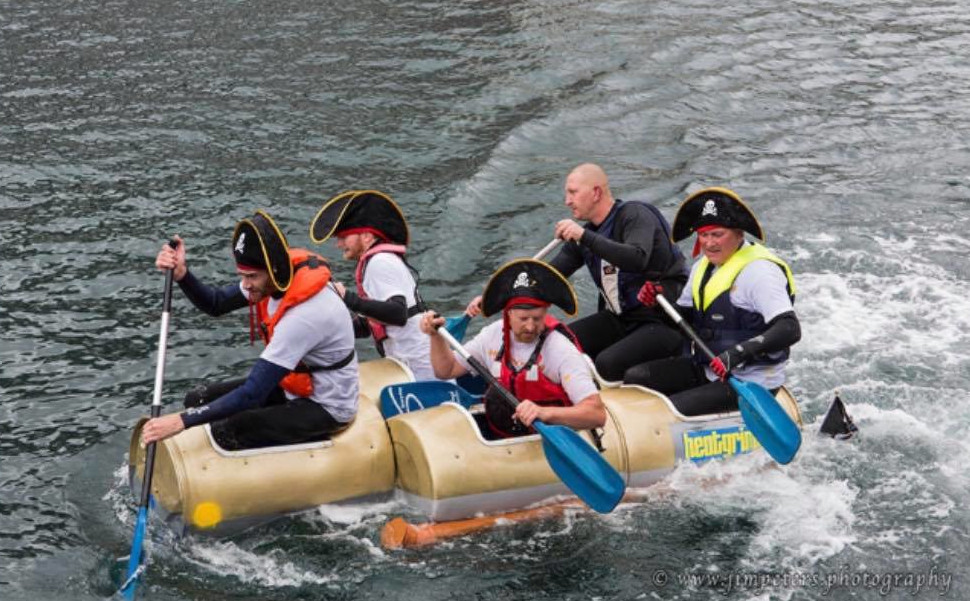