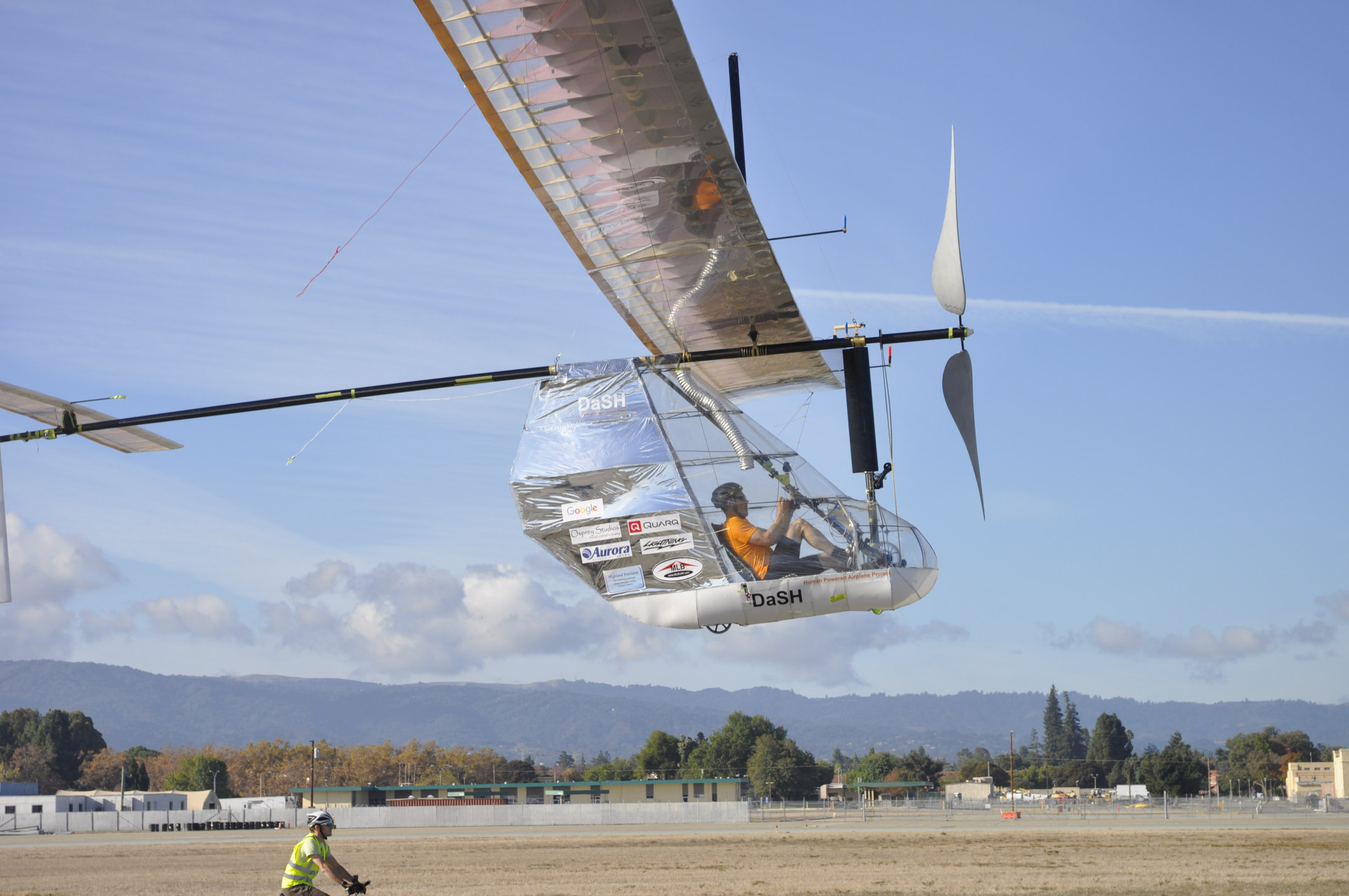 The Great Human-Powered Aircraft Race Across The Channel

August 2023 will see The Great Human-Powered Aircraft Race leave from Folkestone and hopefully land in France.  It’s an anniversary event to mark 60 years since the first human-powered flight by Derek Piggott.  There was also a successful channel crossing in the Gossamer Albatross machine in 1979 by pilot Bryan Allen.  This is not for the feint-hearted, nor for the beginner either.  Samuel Morley spoke to Folkelife about the event.

“We have an annual Human-Powered Aircraft race in the UK where the teams build a craft that flies usually around 5km.  Crossing the Channel is a different kettle of fish.  Here we need the craft to be able to fly for 35km, and the pilot has to have the strength and endurance of a professional cyclist.  Wind is an element of this race too.  So that, coupled with the distance, we’re looking at this as something similar to a leg of the Tour De France.”

“At the moment there look to be 4 potential teams competing: two from the UK, one from the University of Bordeaux in France and hopefully one from Japan.  The Japanese have the experience of travelling a distance over water – our UK competitions are all held over land.  But, the Japanese don’t have such a windy stretch to fly over as the Channel.  Although on paper they seem the favourites, it’s really all to play for.

“These planes have a 30 metre wingspan so this race is very dependent on the wind speed.  We will take a week in June 2022 and launch on the best day, weatherwise, that week.  We’ll also probably start very early in the morning, at 3am, to make the best of the calmest time of the day. The race should take around 2 to 3 hours… hopefully!” 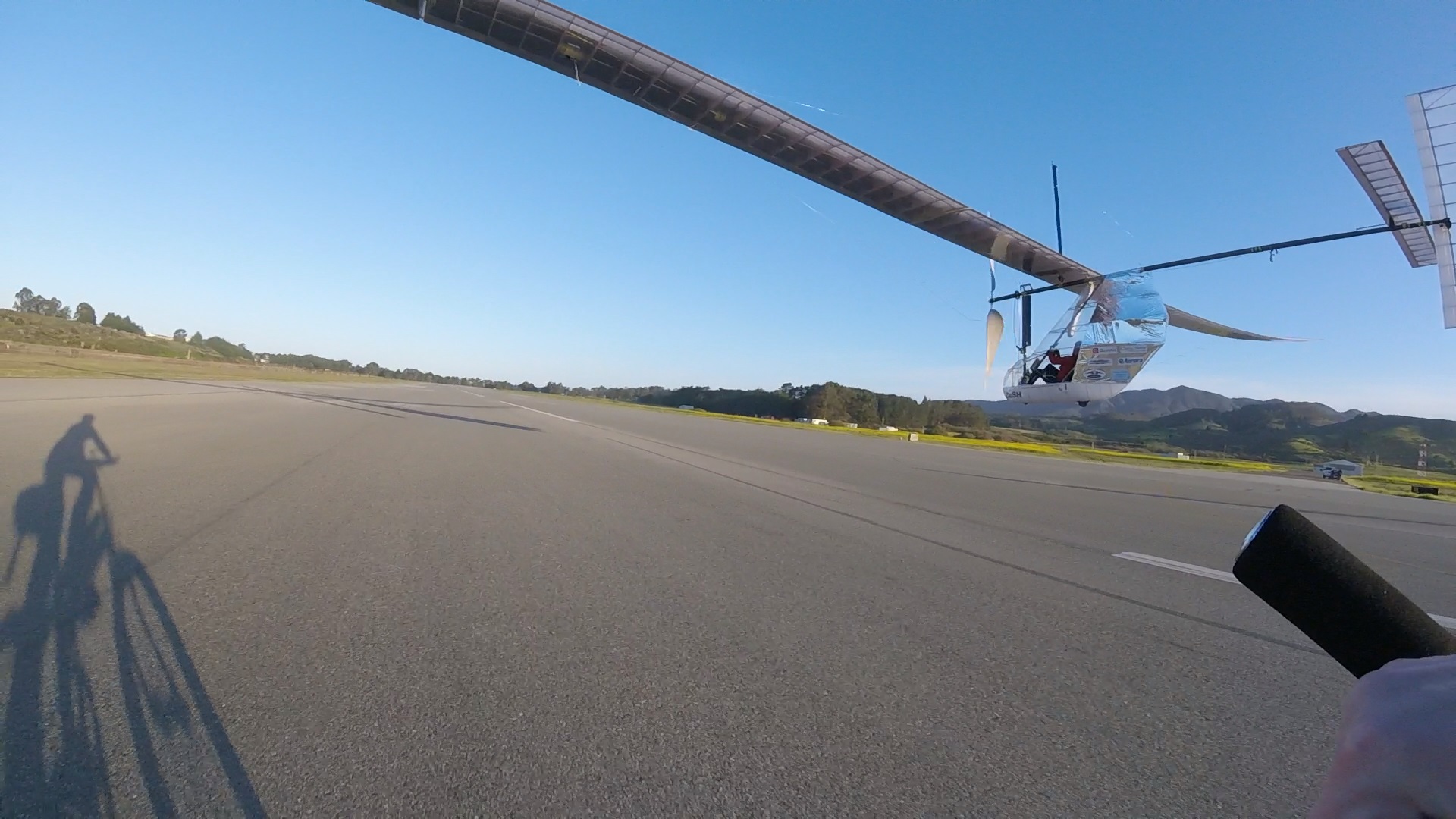 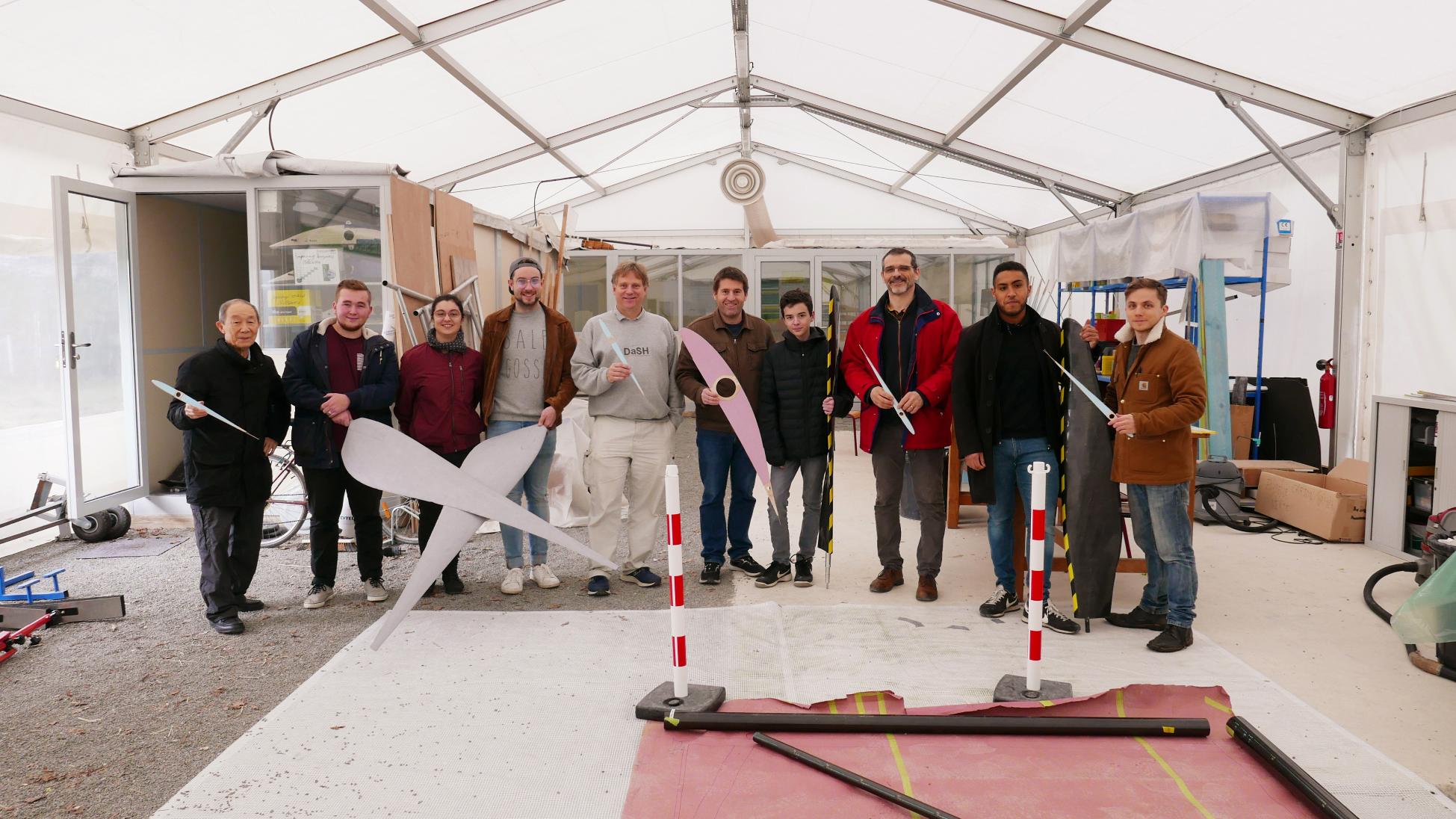 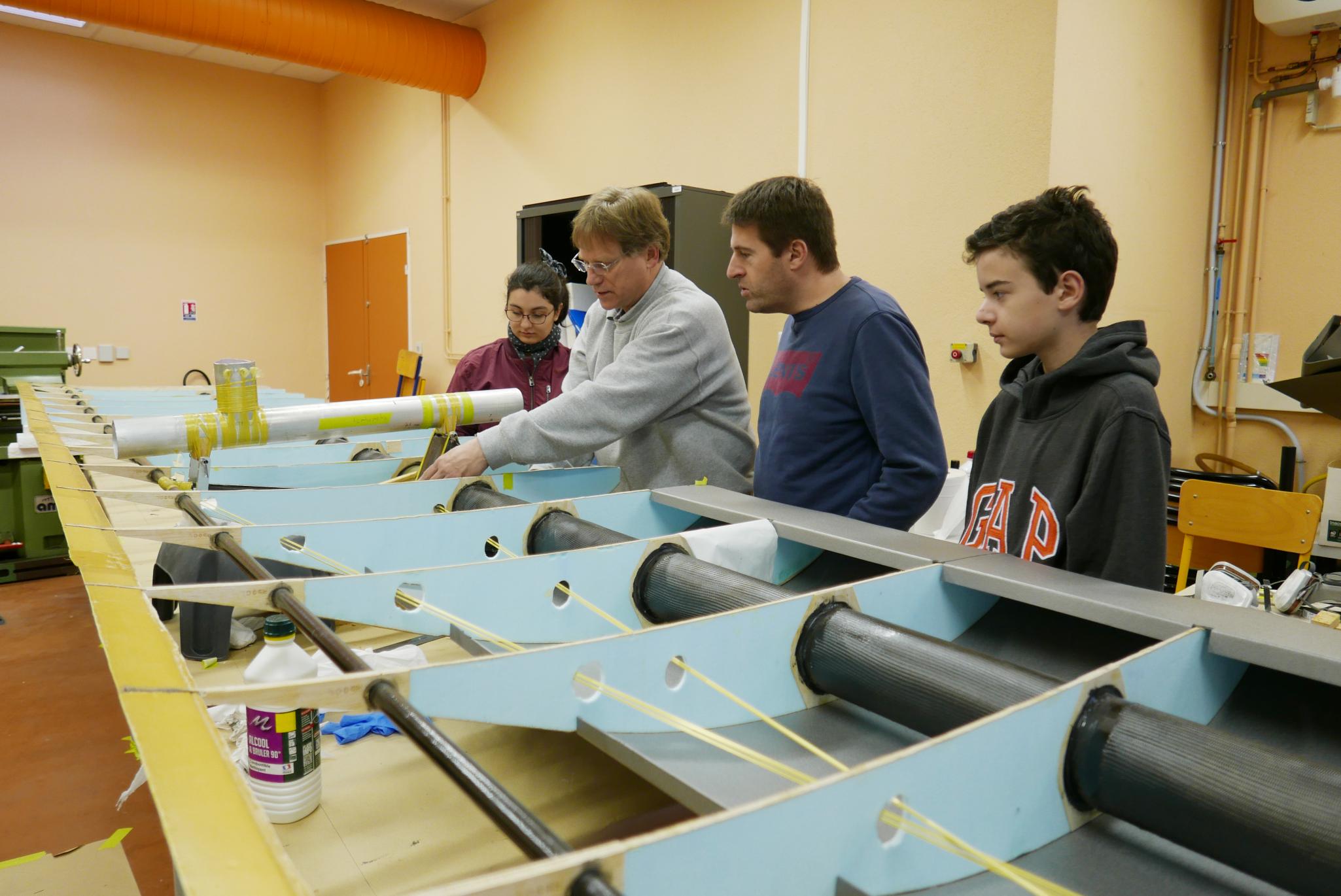 “Henry Kremer was a rich industrialist and in the 1950s he laid down the challenge for the first person to fly a human-powered aircraft.  The University of Southampton were successful and won this accolade.  The next challenge was to fly across the Channel, and this was done by a team from the US lead by Dr Paul MacCready.  His son Marshall is one of our patrons, and was a test pilot for the Gossamer Albatross, the craft his father created.  They left from The Warren and headed to France.

“That flight in 1979 was historic in that it highlighted this sport to many more people.  However, it nearly killed the pilot.  The headwinds were so strong that the flight took nearly an hour longer than anticipated.  When he reached France he collapsed on getting out of the plane!  They knew it wasn’t going to be easy, and it has never been achieved since.”

“The idea to try again came from Ann Williams at the funeral of Derek Piggott, who was the pilot of the original University of Southampton aircraft.  Ann (neé Marsden) designed SUMPAC, which was the original human powered aircraft, hence her interest in the sport.  She put forward some money for the prize and to mark the anniversary of that first human-powered flight in 2021.  The Covid upheaval meant that teams wouldn’t have enough time to get their vehicle ready, so that’s why we postponed to 2023.  We will still mark that anniversary.  And, the accolade of being the team to successfully cross the channel for the first time in 42 years will be something.

“The engineering behind creating your craft can be based on various different machines, but the time needed to build is the real killer.  Some teams need over 100 people and it will take many months to get things ready.  One of the problems is that you are putting the main weight (the pilot) onto the centre of gravity of the plane.  Central pressure on the central mass makes for a very unstable flight!  These planes are so light-weight and therefore very easy to crack.  If there’s a sudden gust of wind then the wings could theoretically fall off.  Everything is difficult in this sport!”

“Although the teams will be experts and this isn’t a race for beginners. we will be looking for volunteers to help with all aspects of the race nearer the time.  This will also be something to watch too, so great entertainment for all the family, and reigniting interest in human-powered flight.”

What To Do In Folkestone – Staycations For The Family
The Place To Be – Folkestone Harbour Arm
Folkestone Comedy Club – An exceptional night out!
Where would Folkestone be without The Chambers?