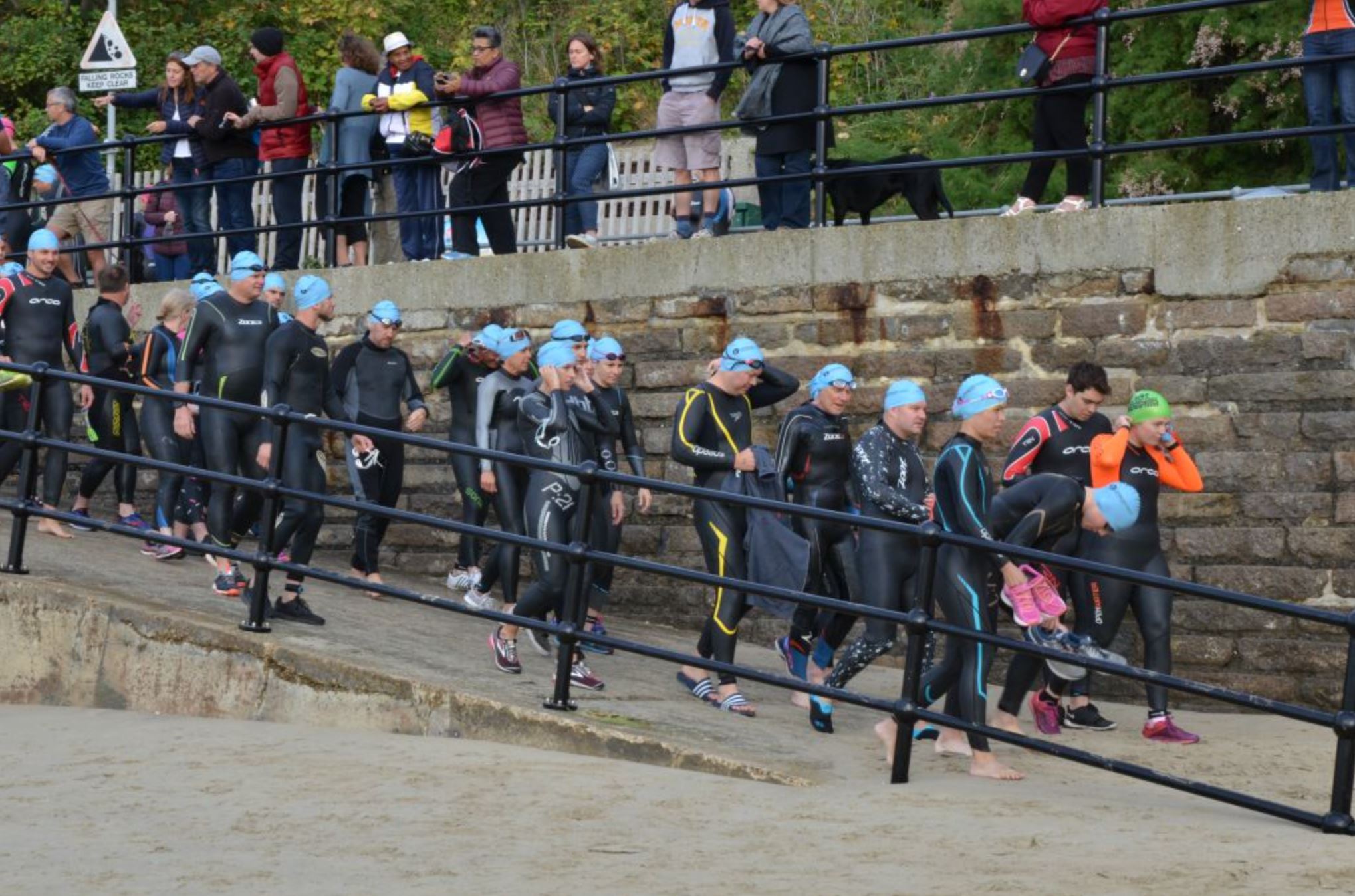 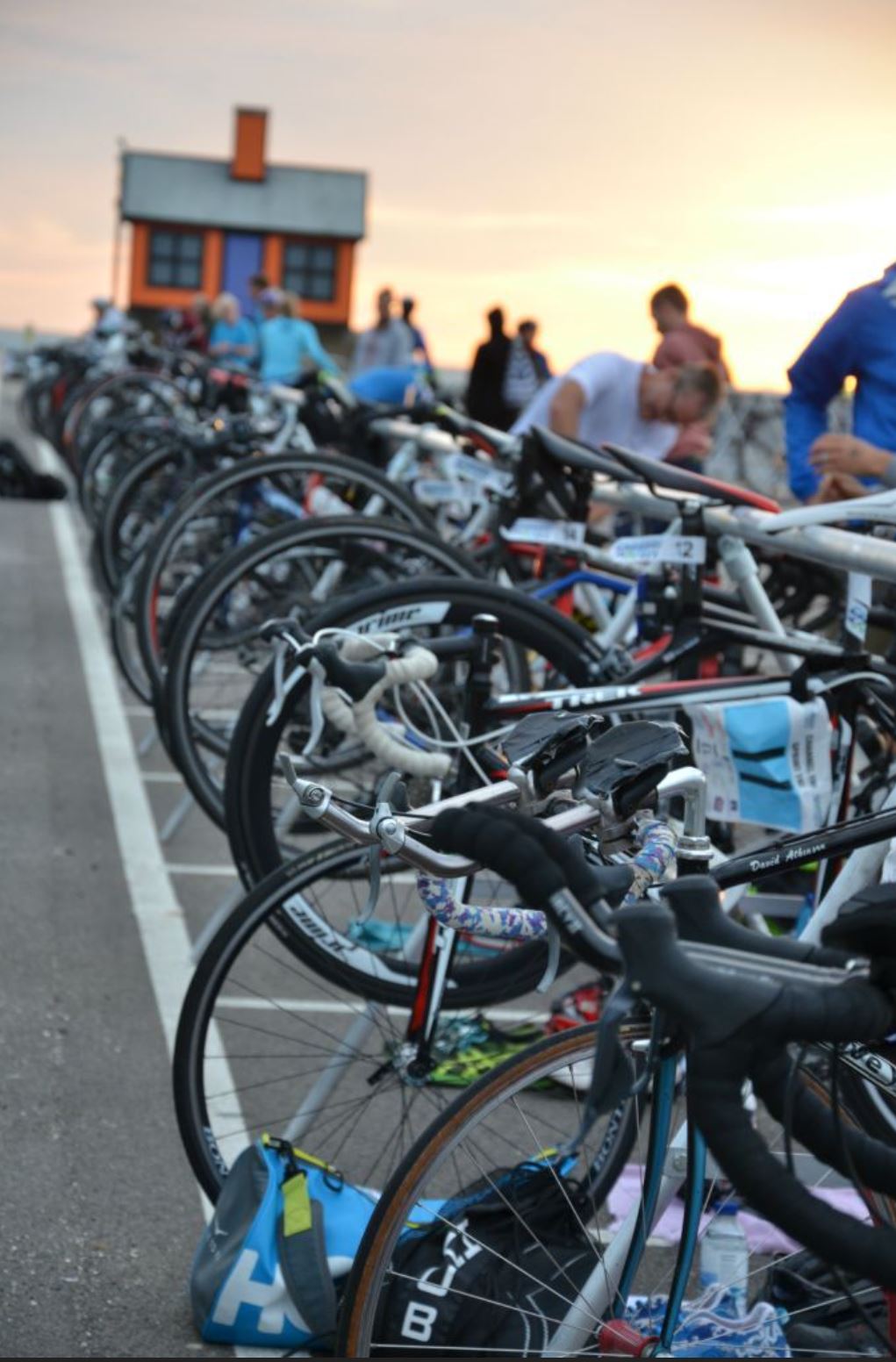 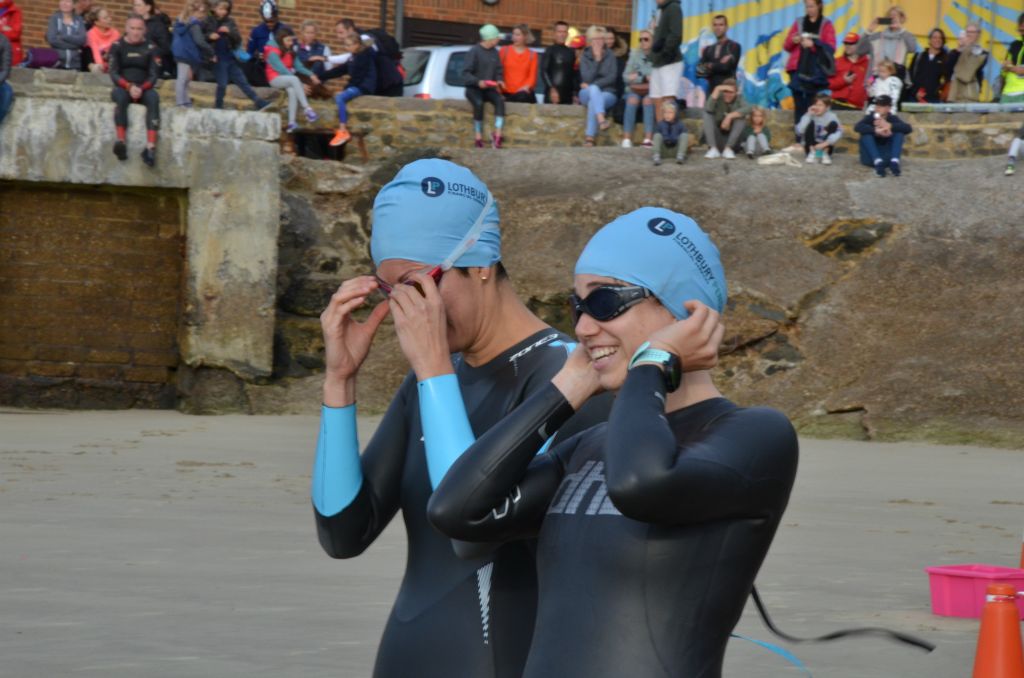 The Channel Triathlon is proving to be an annual sporting event for Folkestone. Set in Folkestone Harbour, the race starts with a swim across the bay from Sunny Sands to the Harbour Arm.  Leaving the water, the athletes cross the viaduct and collect bikes from the Harbour car park transition point.  They cycle up to Acrise, through Hawkinge and back to the transition where the run along the seafront completes the race.  Joe Sullivan from Channel Rotary spoke to Folkelife about the race.

“Triathlons are attractive to many people of different ages.  The great thing about ours – apart from the stunning location – is that you can do the sprint version or the standard.”

The Channel Triathlon ‘sprint’ involves a 750m swim, 20km bike ride and 5km run.  The ‘standard’ race sees athletes take on 1.5km in the water, followed by a 40km bike ride following the same route as the sprint.  There are extra loops included at the top of Acrise to extend the ride.  The 10km run finishes off the race, with the runners doing two laps of the seafront stretch to Sandgate instead of one for the sprinters.

“It’s an opportunity for people to complete an athletic challenge, and also a chance to raise money supporting local charities.  This year the Channel Triathlon is raising funds for the Pilgrims Hospice, and also The Sports Trust mental health programme.  The funds will be split half to these charities, and the other half will go to Channel Rotary.  We support many local initiatives, giving around £20,000 per year to Young Carers groups, schools, the Rainbow Centre and so on.”

Competitors can raise funds for any charitable organisation.  One previous athlete managed to raise over £2,000 for his particular chosen charity.

“We had over 250 competitors in 2019,” Joe continues, “Which was a growth on our first year.  Our races wouldn’t be a success without the fantastic team of over 70 volunteers who help marshal the course. It really wouldn’t be possible without them!  It’s a wonderful event for spectators to watch across the local area too.” 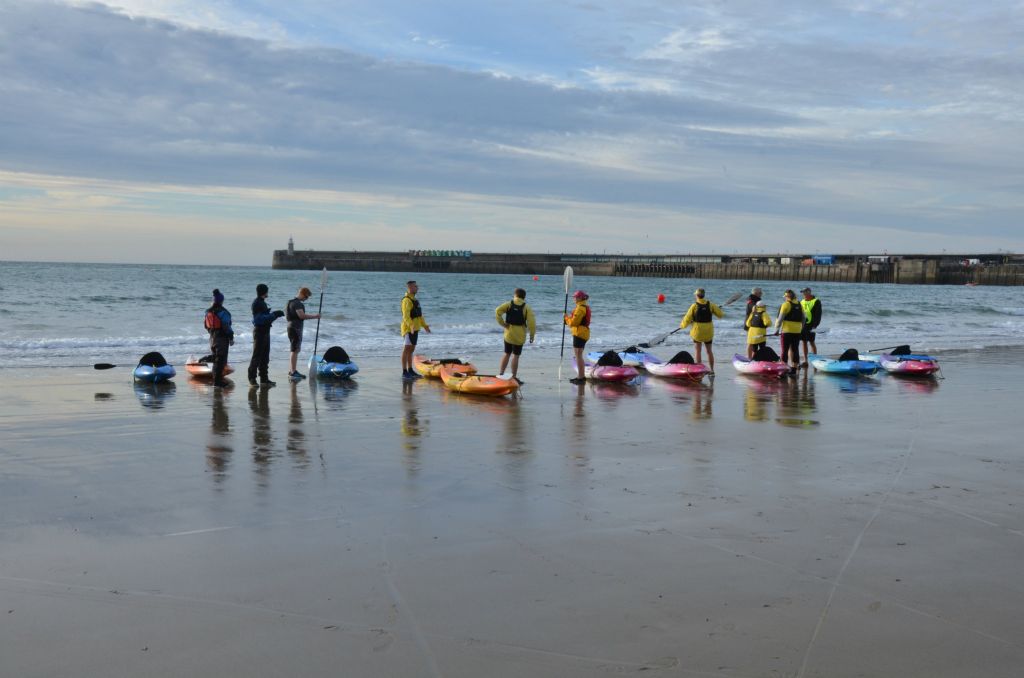 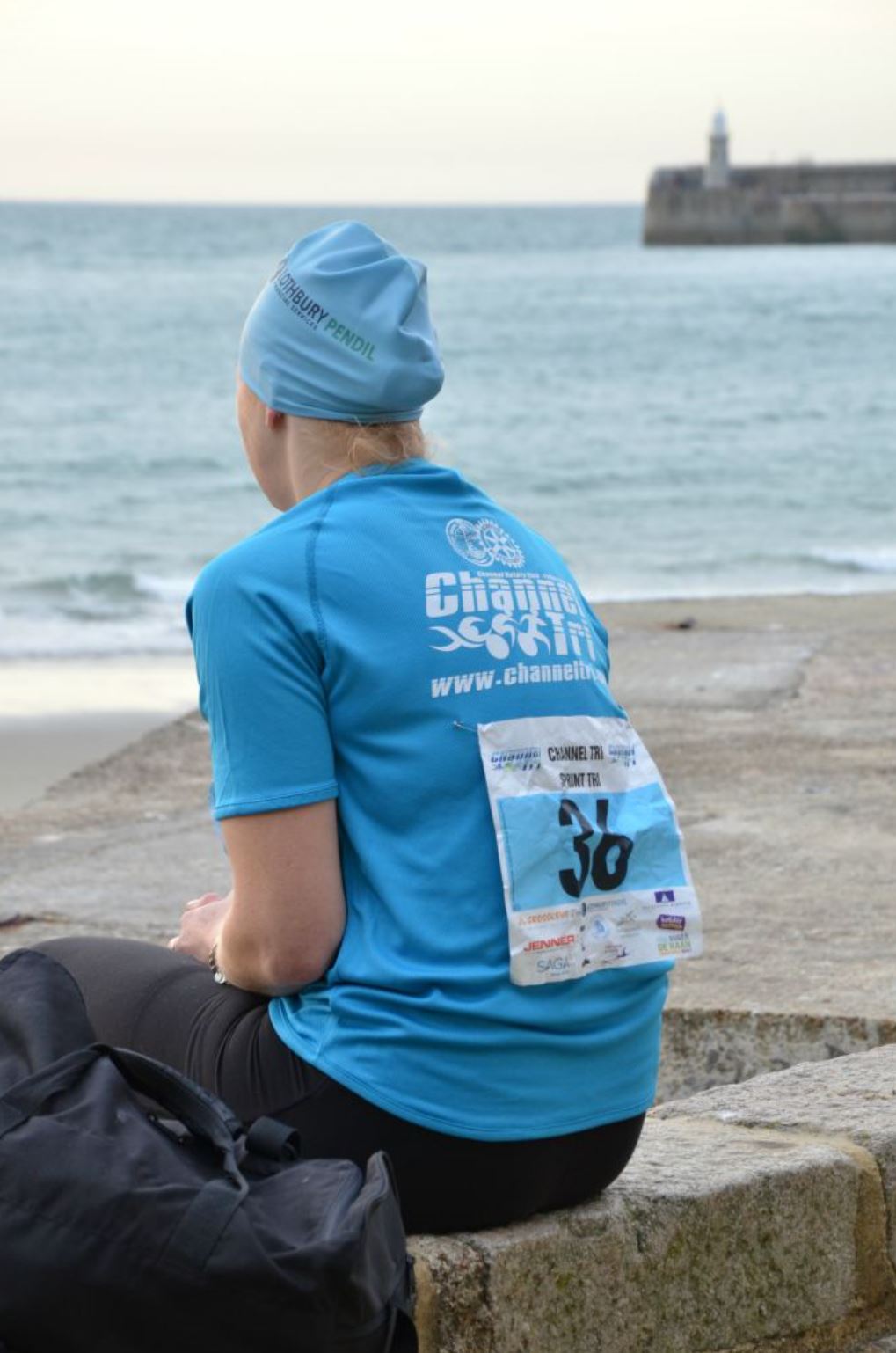 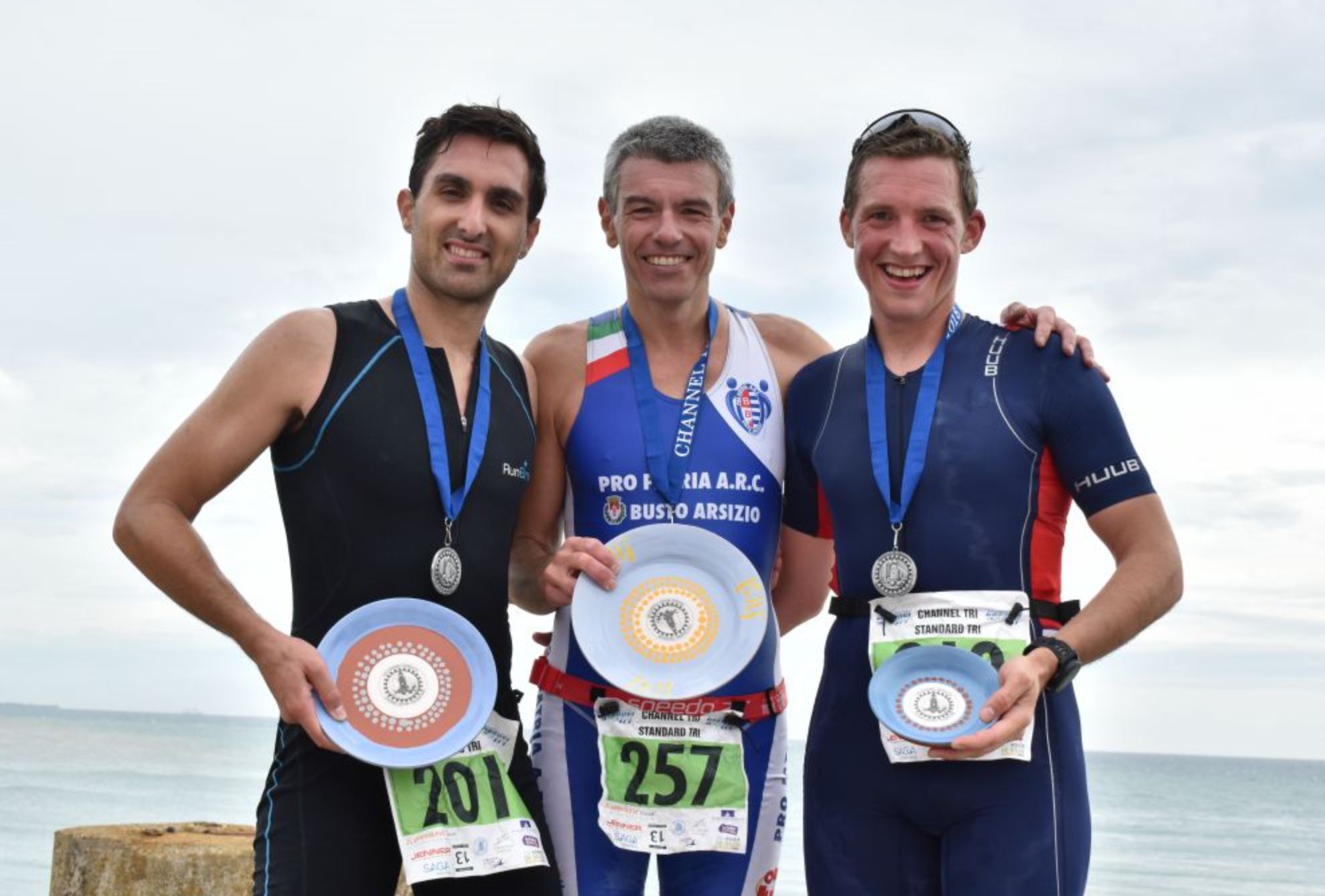 “An event such as this costs quite a lot of time, effort and finances to put on.  It wouldn’t be possible without the support of the Folkestone Harbour and Seafront Development Company for use of the car park area on the Harbour Arm as our main meeting area.  The Folkestone Rescue service and Folkestone Rowing Club are vital to ensure the safety of the swimmers.

“The Shepway Sports Trust has also been heavily involved in helping us plan, and without the support, this event just couldn’t go ahead.  We’ve also had a lot of support from local businesses such as Jenner, Sprinks Construction and Lothbury Pendil financial planners.  Our town and district councils, the Roger De Haan Charitable Trust, and individual volunteers support us too.  I’m always so pleased and proud of the Folkestone community who get behind these events and offer so much support and help.”

Be inspired, book a place and get training!

All photos credited to Lee Robinson.

Folkestone Running Club – Running a marathon or a 5K
Folkestone Sea Sports – Come and give it a go!
Row The World – Folkestone Rowing Club
Sea Swimming – Healing Powers For Mind And Body