St Eanswythe is Folkestone’s patron saint. She is believed to have founded one of the earliest monastic communities in England, in The Bayle in Folkestone, around 630AD. Her parents were the Anglo-Saxon King of Kent Eadbald and Emma, daughter of King of the Franks.  Eanswythe, it’s said, refused to get married, and she became a nun.

Her story is a nationally important. Her relics rest in the parish church of St Mary and St Eanswythe, and, if confirmed to be from the 7th Century, then Folkestone’s St Eanswythe will be the oldest Anglo-Saxon royal saint in existence in the UK.

The miracle of St Eanswythe

St Eanswythe’s story isn’t just one of defiance of marriage, it’s one of a great feat of civil engineering. The Finding Eanswythe Team, with help from the Canterbury Archaeology Trust (CAT), have located the start of a channel created to bring water to her monastery from the hills around Folkestone.

One of the miracles St Eanswythe is supposed to have performed is to make water run uphill. The route however, shows that the water never actually did run uphill. There are two places on the route that give that illusion, and as a result, give weight to that miracle claim. 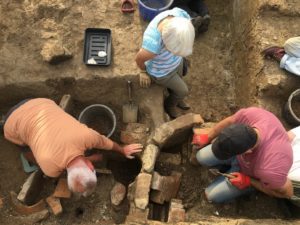 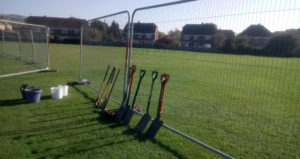 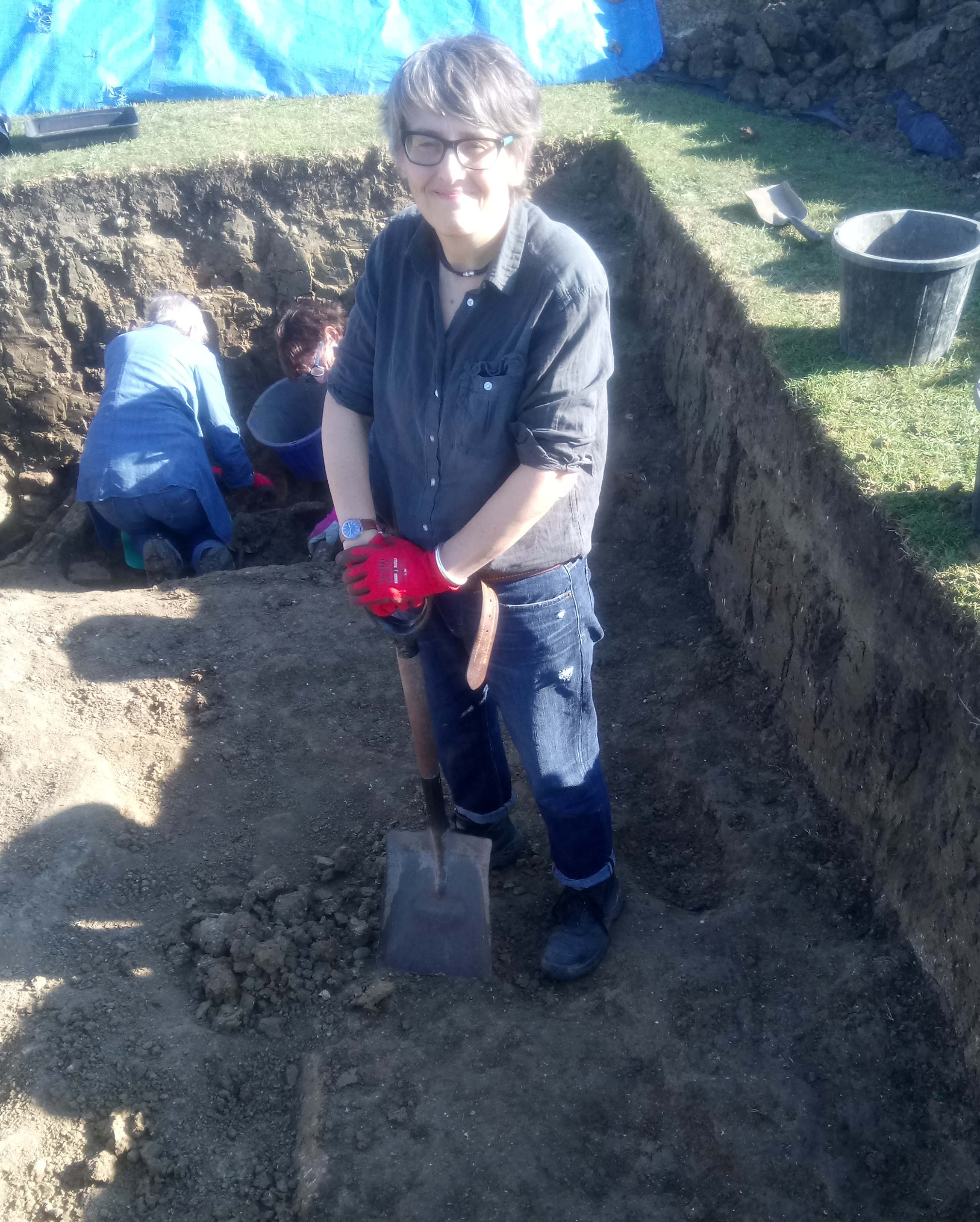 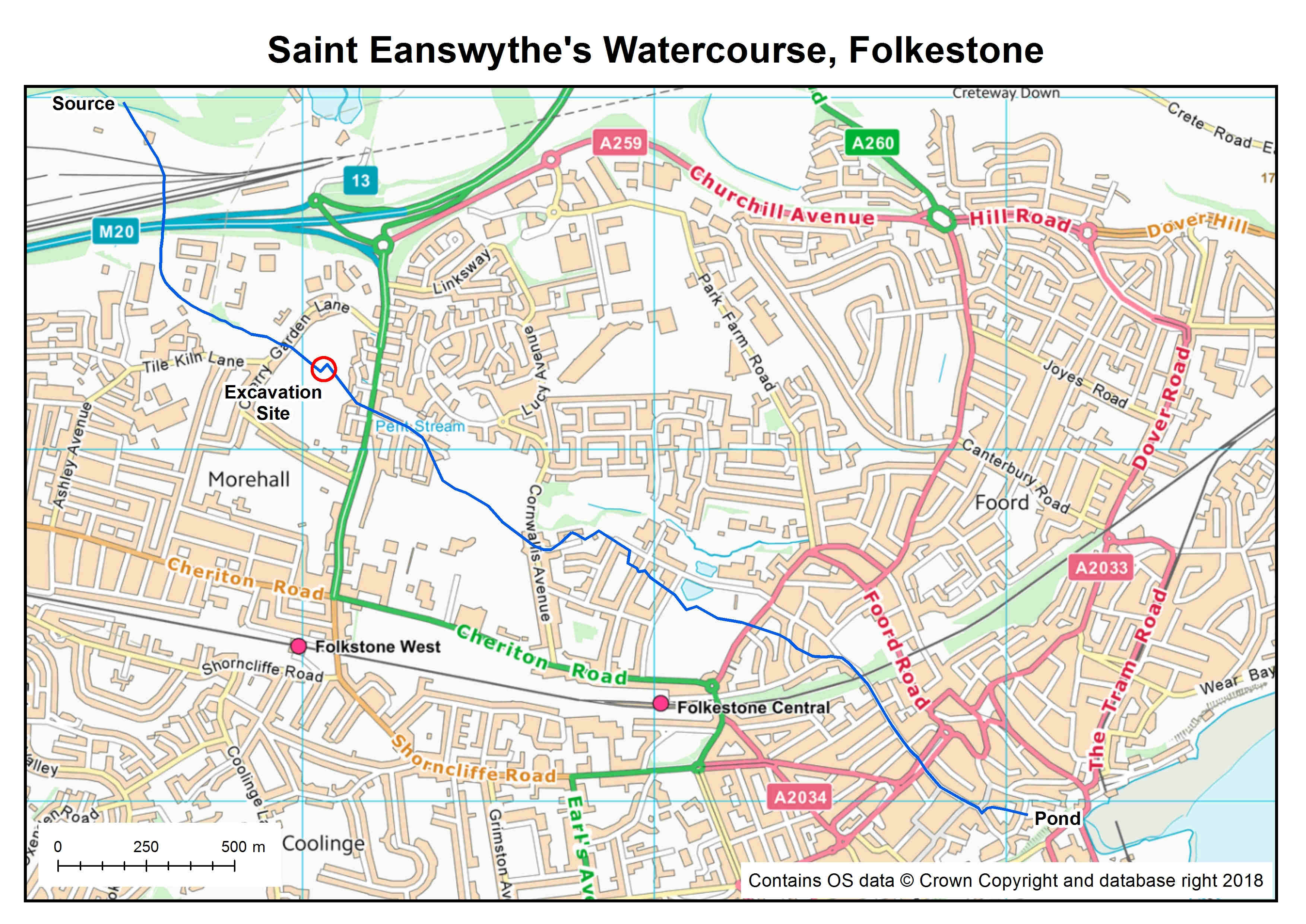 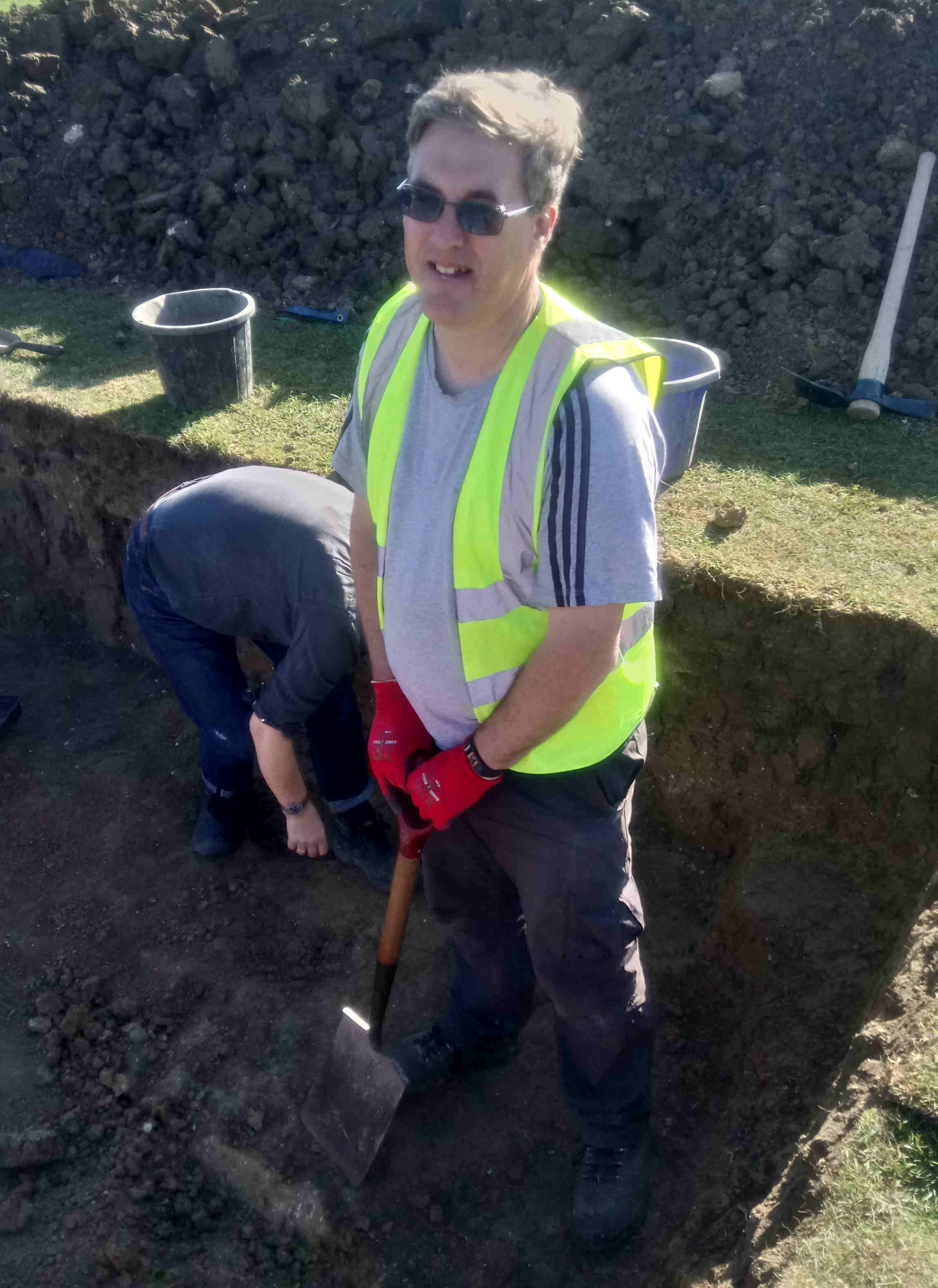 The springs in the hills behind Folkestone run in certain tributaries that carve out the Foord Valley.  They join together to form the Pent Stream that flows under Tontine Street. What St Eanswythe did, or rather, engineers at some point between the 7th and 12th Century did, was to design and build one of the most sophisticated water courses of the time.  They channeled some of the fresh water from the hills directly to the monastery on The Bayle and surrounding homes. This could have been made at any point in a 400 year time period. Therefore it might not have been done during Eanswythe’s lifetime, but whenever it was created, it was a hugely significant project.

Andrew Richardson from CAT: “Whether it’s actually 7th Century, we don’t know yet! I think it’s probably later 7th or early 8th Century. I think they built the monastery first, got that going and then put the water course in. But that’s what we’re doing here, we’re trying to find out how old this amazing piece of civil engineering is.”

The archaeological team had a site in the middle of Morehall Recreation Ground. It had been hard to find a spot that was suitable to dig as this water course is still in use today. Affinity Water – the local water supply company – have their water mains laid inside the same channels. It’s not practical to dig those areas up!

Andrew Richardson: “What we think is here is the edge of a massive ditch cut into the clay, much bigger than the later brick lined culvert. Those bricks are 18th/19th Century, and definitely not what would have existed in the 14th Century. If this is the original ditch then it’s very big. It’s been cut out of the Gault clay which you find in this area. And if you’ve ever dug Gault clay you’ll know it’s like digging Plasticine! It doesn’t yield easily!

“We’re just taking out the fill in this ditch and we’re knackered, so how the original workers felt… it’s a physically demanding job! However, the practical thing about clay is it doesn’t need lining, it will hold the water itself. If that’s how it started then the scale of it, as a civil engineering task, is massive.”

the age of water engineering starts in folkestone

Andrew Richardson highlights the enormity of the original water course. “It’s an organised event, many men were organised to build this course. It’s been very carefully engineered and very carefully surveyed. The person that designed this knew his stuff – and I say he, because it probably was a he! The water flows very gently downhill towards The Bayle. In order for it to have its true value, it would have been started and finished in one exercise. If they survey had been wrong, they wouldn’t have been able to deliver the water. So, you have a huge gang of diggers who dug until the job was done. Whether this was done in the 8th or the 12th Century, it was a massive project.  There were not may other schemes of this scale in the UK at that time. Importantly, it shows the age of water engineering in Folkestone.”

“Why this is important…” continues Dr Lesley Hardy the leader of the Finding Eanswythe Team, “Is that the record is mapped very early in the Saint’s life, it’s written into the hagiography of the Saint and in a very particular way. We don’t know if she had any physical input, it’s very likely not, but the legend says ‘she held her staff up and the water followed her.’ Whether or not it happened in Eanswythe’s lifetime is unclear, but as a royal princess, she might have given consent to this project.”

Saint Eanswythe was a feisty person. The accounts that state her character have been handed down from generation to generation and then written down in the 14th Century. However, if the bones in the lead box in St Mary and St Eansywthe’s Church are hers, then this links St Eanswythe and Folkestone to the early re-Christianisation of England.

The Finding Eanswythe project has a lot of work to do. The brief archaeological dig has been recorded and tidied away. The researchers are making sense of it all and will soon publish what they have found.

The team need more funds to research the collection of bones, but there is community engagement with walks and talks across the town.  There have also been school projects about Anglo-Saxon life here in Folkestone, and public exhibitions too.

The dig volunteers have been invaluable, as too have the local residents bringing welcome cups of tea and the most delicious of scones!  All that’s needed now is to date an item to the ditch. That, together with a date for the bones in the church will give Folkestone something to shout about!

Hellfire Corner – Folkestone and the Battle Of Britain
Shorncliffe Heritage – The Birthplace Of The Modern British Army
Rebellion and Renovation – St Peter’s Church, Folkestone
Shepway Choirs – Bringing The Community Together