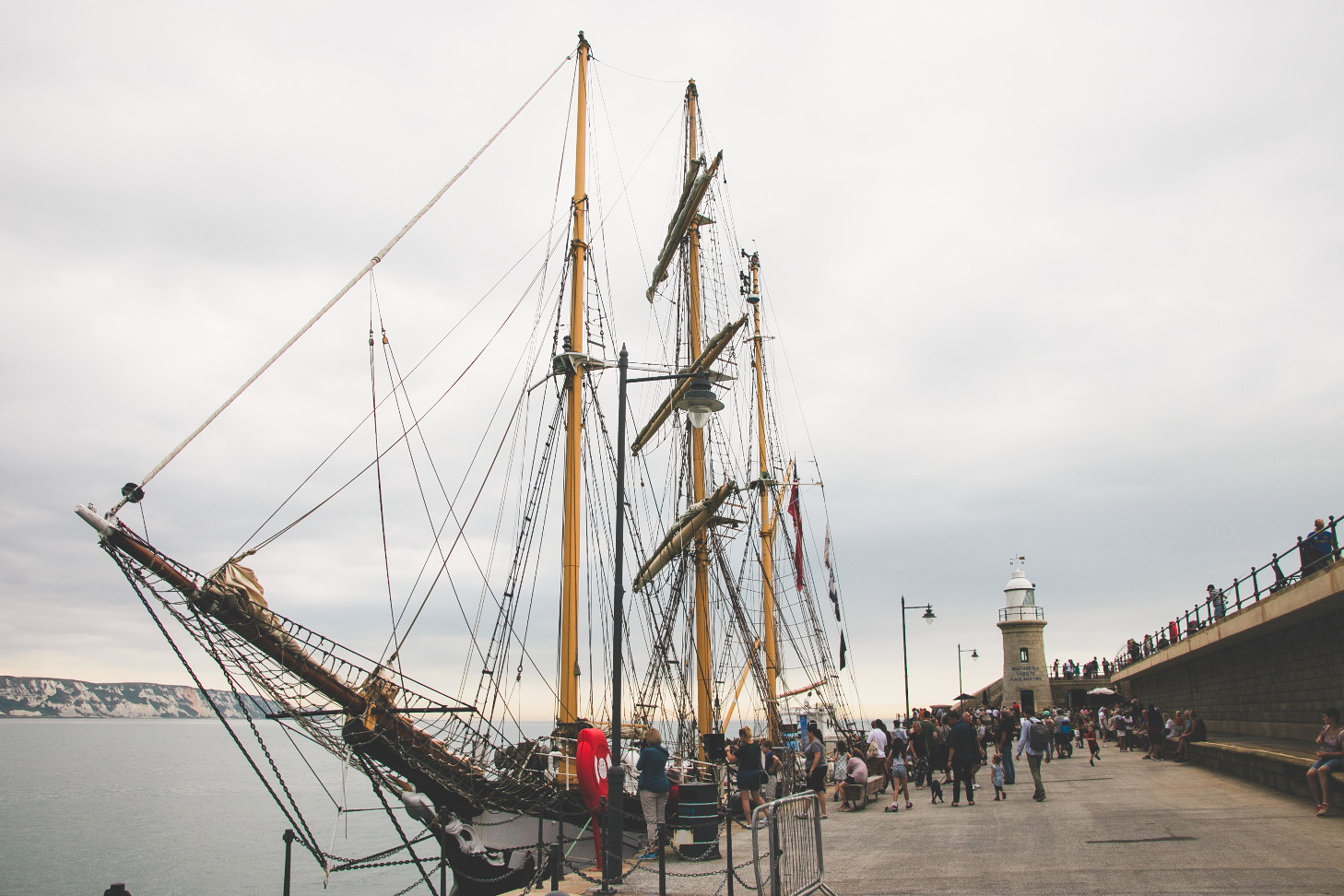 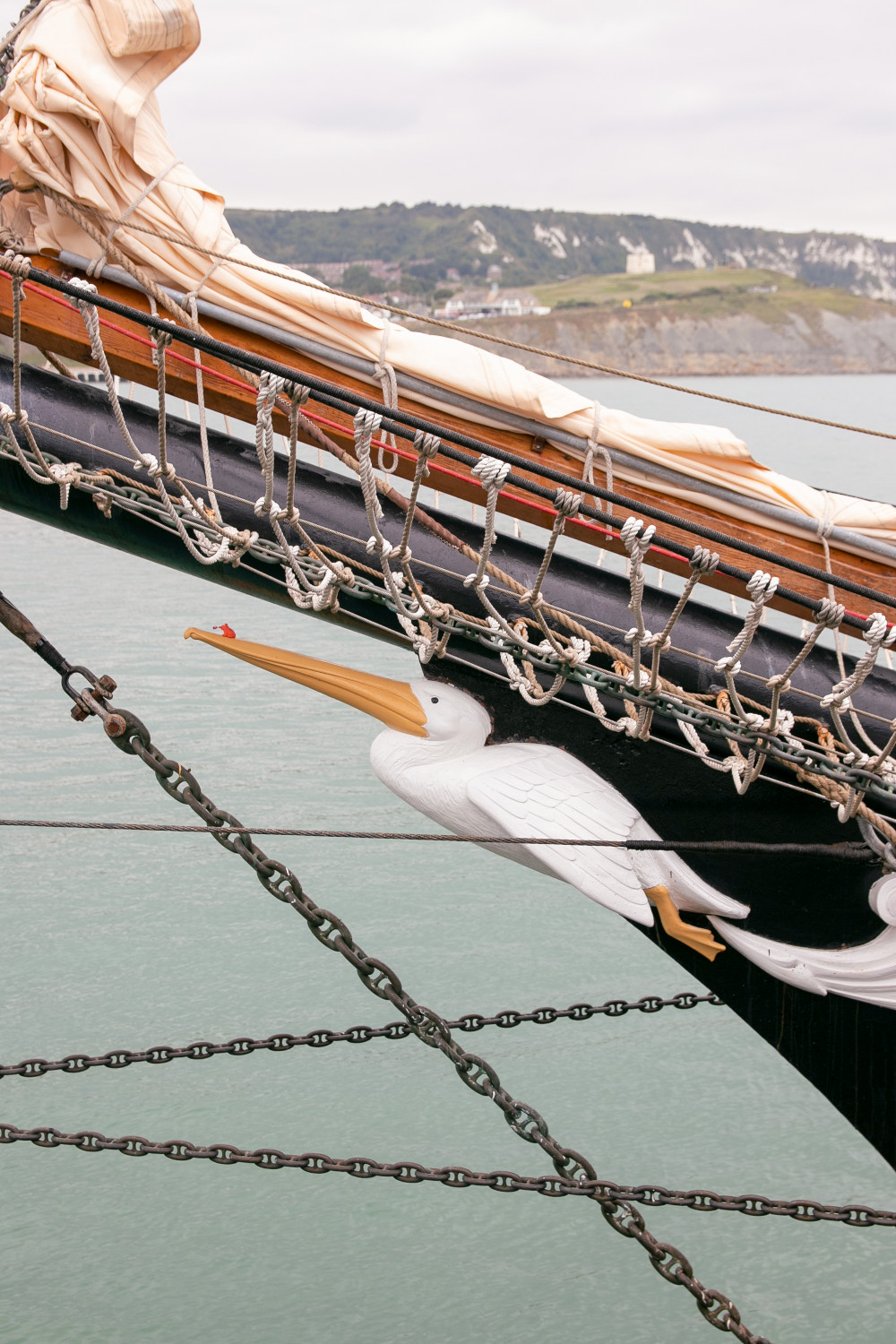 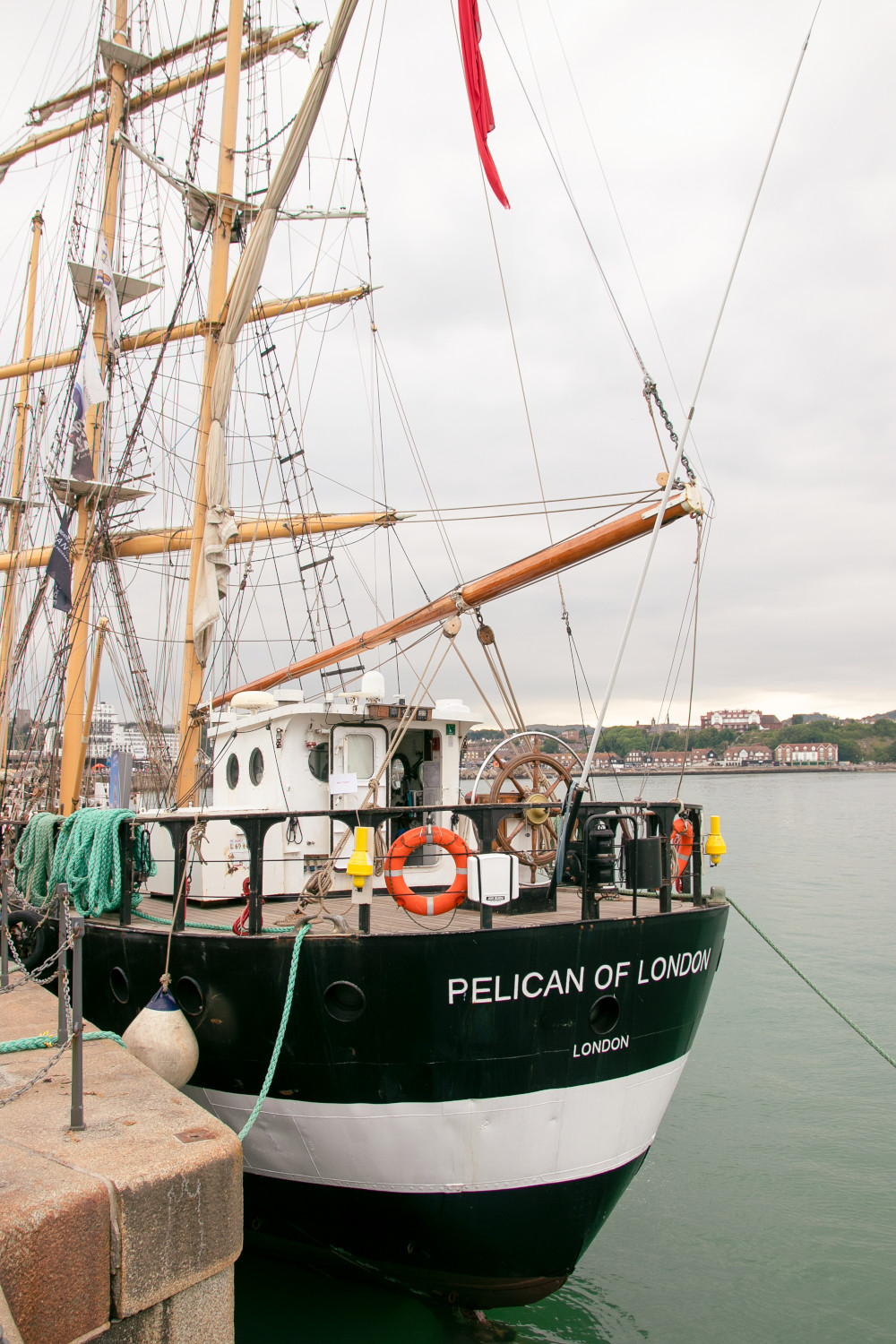 Folkestone Harbour Arm is frequently visited by TS Pelican Of London.  This impressive Tall Ship is a training vessel for young people and offers confidence-building opportunities for living and learning on board. It’s owned by the charity Seas Your Future but has an interesting history.  It also provides a great photo opportunity when berthed alongside our Harbour Arm. Folkelife looks into the history behind the ship.

The 17th May 2021 will see the launch of the TS Pelican Of London on the start of its Darwin 200 Voyage.  Thanks to Covid, the plans for this impressive project have been curtailed, but, the ship will be staffed with crew and scientists, all of university age or younger, to travel the coast of the UK.  They will be learning to sail, and also collecting meaningful data that will be used to track the states of our oceans.  The team will be looking at the effects of micro-plastics and plastics in our waters.  There’s plenty of scientific equipment on board to aid with data collection.

Originally the ship was due to follow Darwin’s route in The Beagle around the world, but Covid has put paid to that.  This is now a 13 week voyage in 3 stages around the UK.  The students and trainees on board are from many different backgrounds.  Seas Your Future works with students who struggle in mainstream educational settings.  The charity focuses on gaining skills that can build confidence and self esteem.  If someone can learn to sail a Tall Ship, then they can do anything.  Many of the students who have been involved in the charity go on to work in the marine industry.

Seas Your Future CEO Adrian Ragbourne said “This voyage with the Darwin 200 team, with whom we worked so successfully last year, is offering fantastic opportunities to around 60 young people to experience the fun and challenges of sailing a tall ship, make new friends, experience great teamwork, and take part in some very important scientific analysis of the waters around our beautiful British coastline. Sailing at this time of year will present them with a real mix of British weather in all its forms!”

The vessel was built in 1946 in France and initially worked as an Arctic fishing trawler and owned by a Norwegian company. She worked in the Arctic for 19 years until, in 1968, she was converted to a coaster.  A coaster vessel is one that works along the coastline of a country – usually the country that owns it – and is part of their supply line.  Working near the coastline suits smaller vessels due to the nature of coastal waters.  There are often hazards that prevent larger containers and trade vessels to work close to the land.

Pelican was renamed Kadett for the purposes of her coastal work and spent 27 years in this job.  In 1995 she was bought by ex-Naval Commander Graham Neilson and converted into a Tall Ship.  He renamed her Pelican Of London, and the TS refers to her Tall Ship status.

It took 12 years to strip the ship down and rebuild her with a main mast barquentine.  This means the team put in 3 main masts and this set up allows for the ship to act as a square-rigged ship, without all three masts carrying square sails.  The different shapes of the sails mean that TS Pelican Of London can work with a small crew, and sail close to the wind – meaning she sails efficiently across the water.  She’s taken part in a number of races and regattas but primarily works as a training ship for young people.

TS Pelican Of London visits many ports in the UK, and goes as far as the Canary Islands and the Carribean on a regular basis.  You can see her berthed at the Harbour Arm from 15th to 17th May 2021. 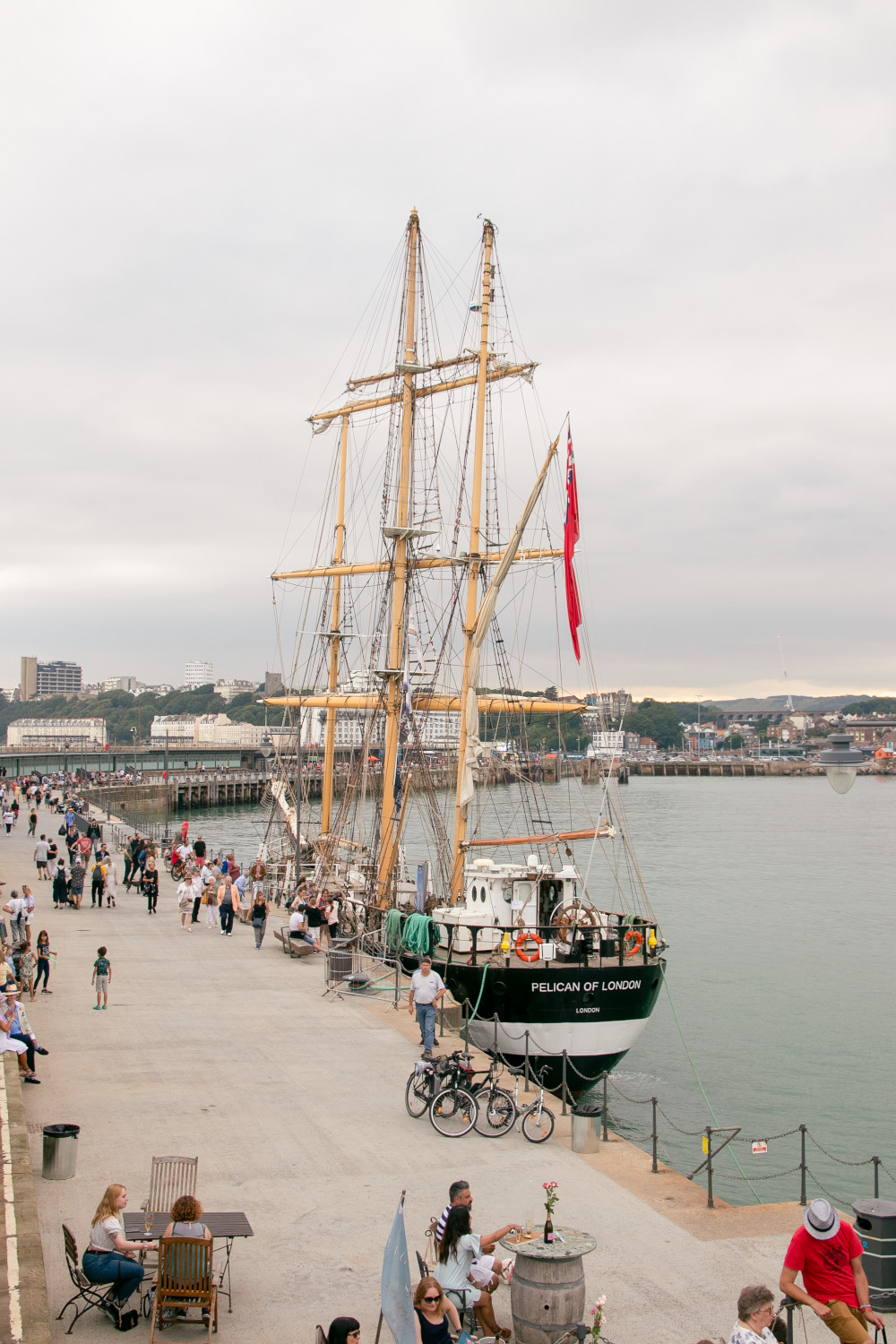 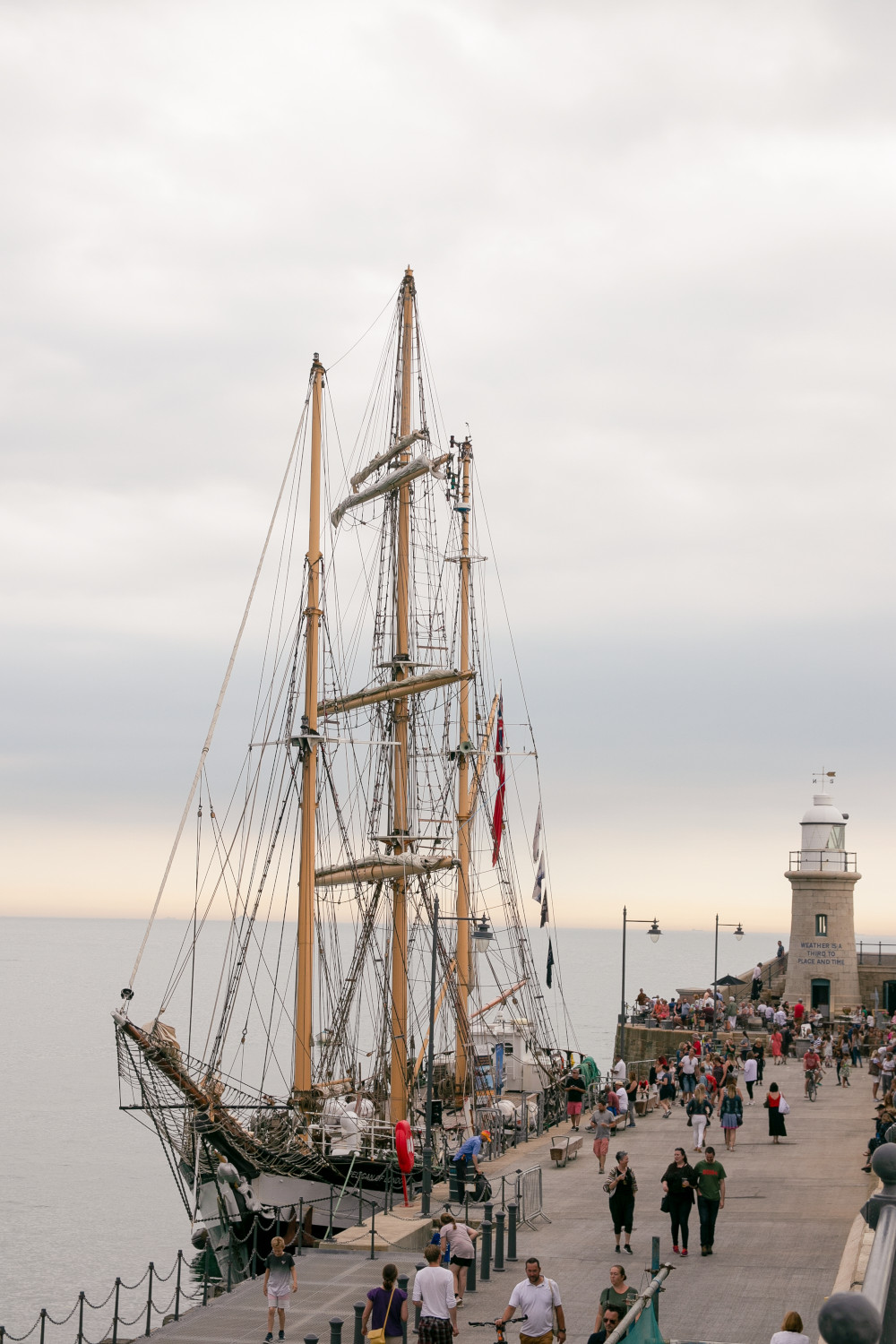 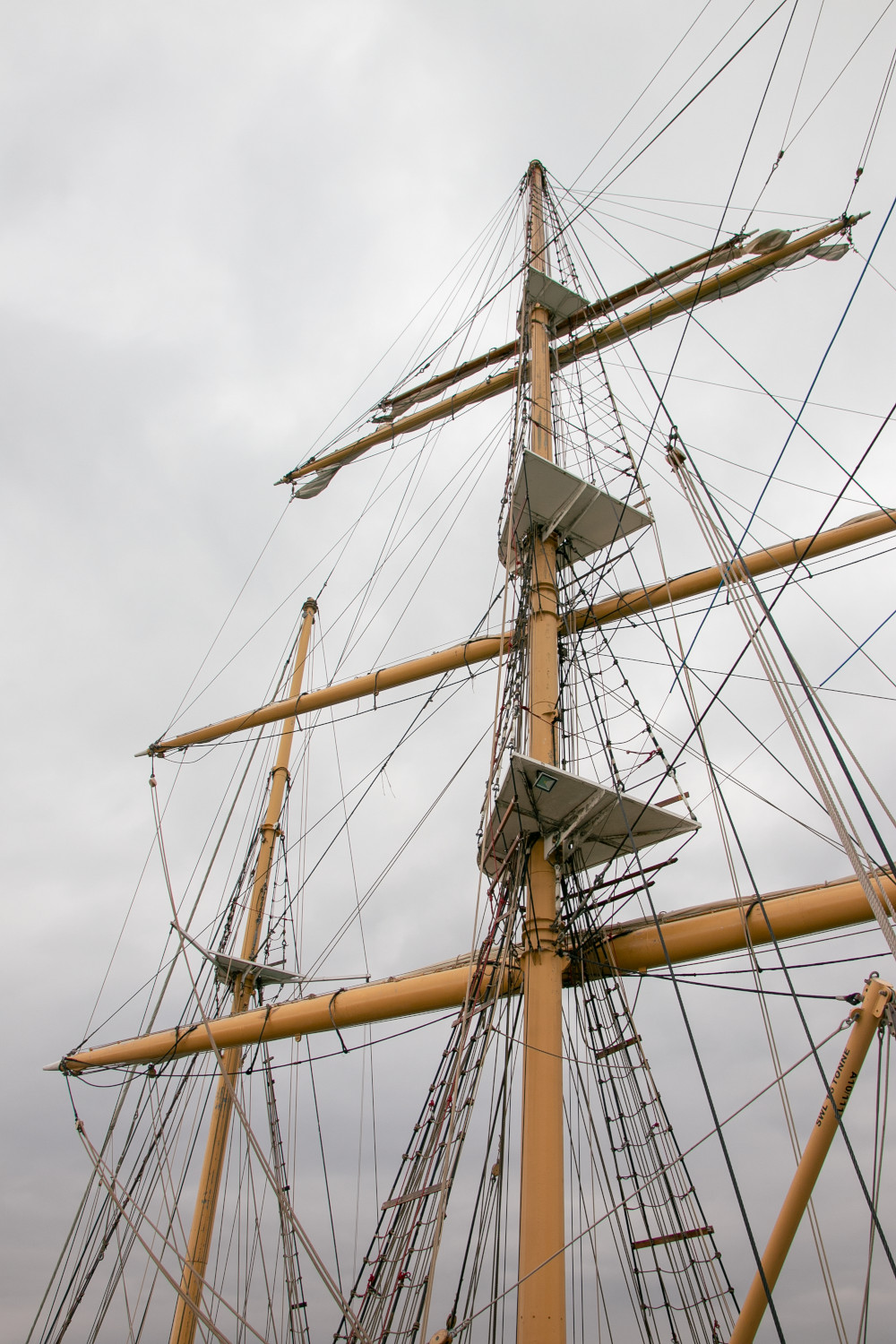 The Place To Be – Folkestone Harbour Arm
Learning To Sail In Folkestone
Folkestone Sea Sports – Come and give it a go!
Sun, Sea and Cycle – The Channel Triathlon