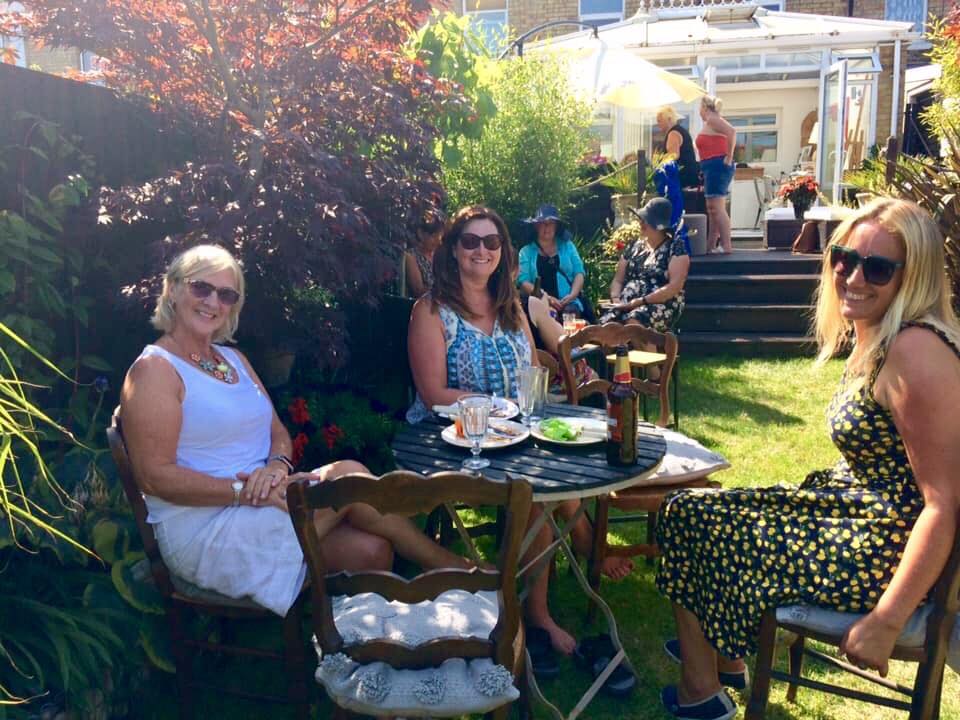 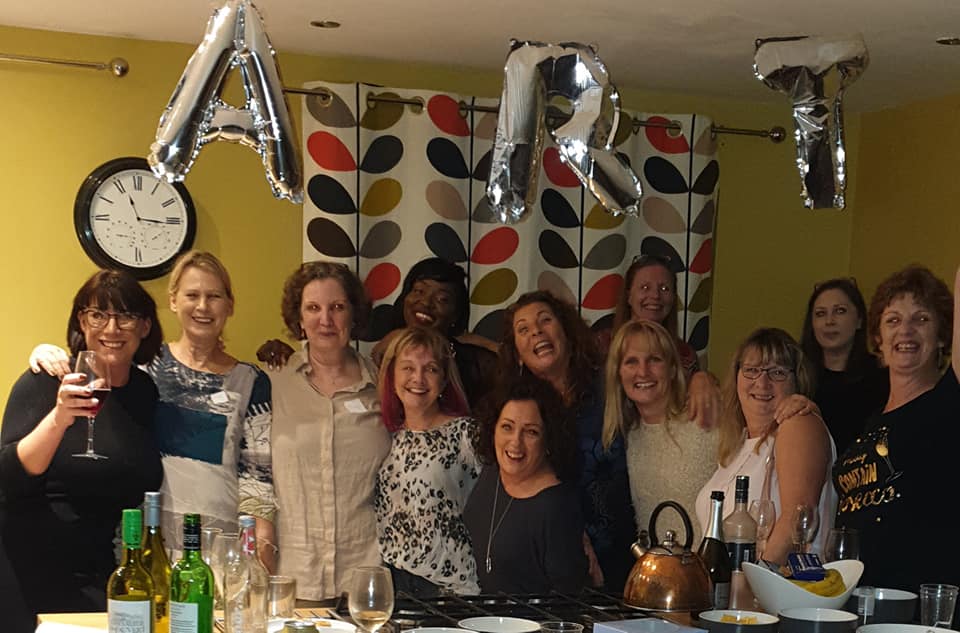 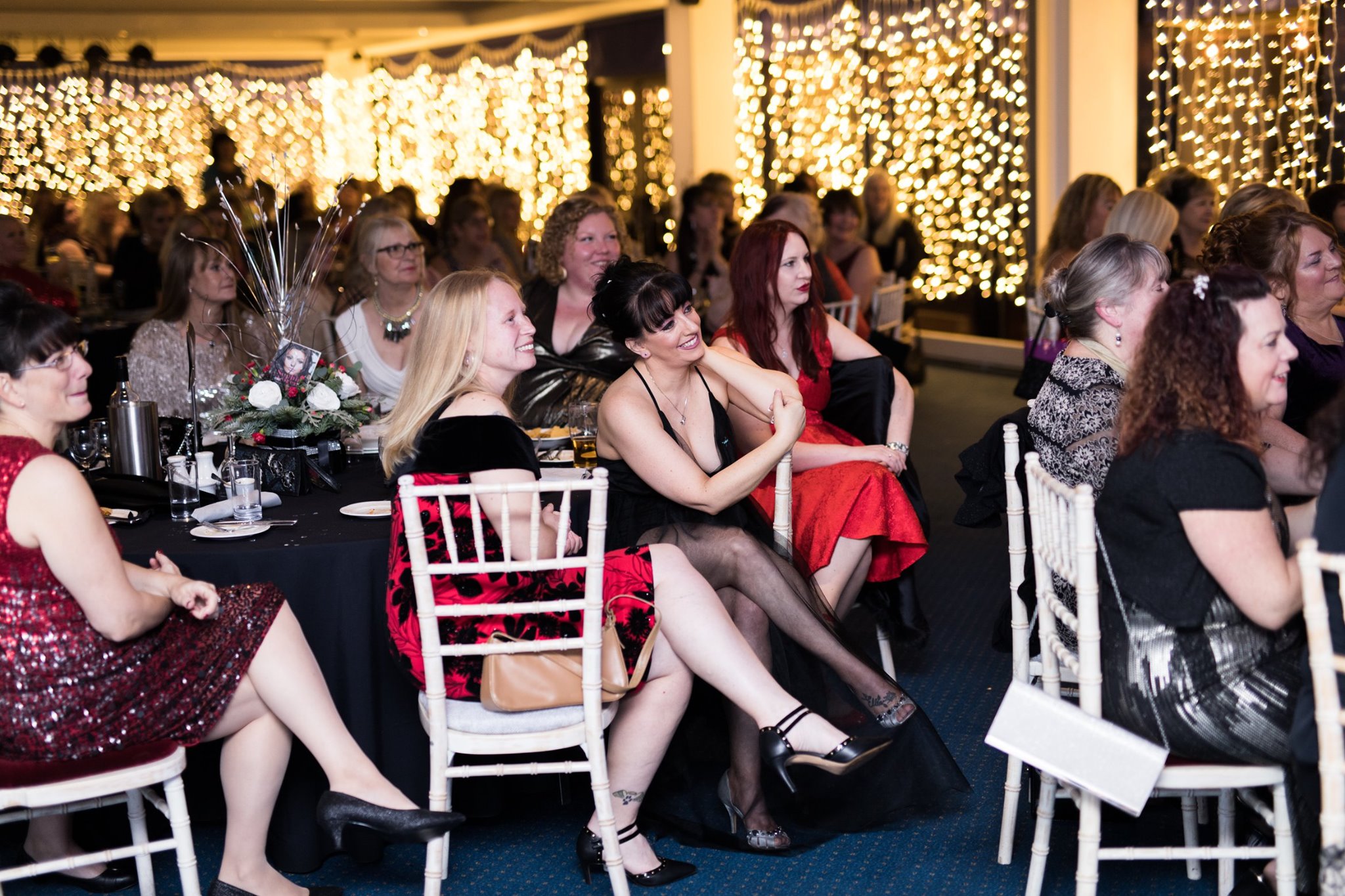 FLSC is the Folkestone Ladies Social Club.  It’s a Facebook page that has grown since 2018 to connect over 3000 women in Folkestone through social events.  The idea sprung to Natasha Horner’s mind in the middle of the night, as the best ideas do!  Women have wanted to connect for so many reasons, be they new to the area and wanting to build a new network of friends, or re-connecting with old friends from school!  Folkelife loves to help connect the community too and so met with Natasha to find out top tips for success.

“I’ve been working at home for the last 13 years; I have 3 care leavers live at home with me. I don’t have any colleagues; having conversations with other adults at work doesn’t happen for me!  So, I thought about creating a network of women who were in the same boat.  Honestly, I didn’t think it would be this successful!  It started off with 30 of my friends on Facebook, and within about 3 weeks there were over 200 women as part of the FLSC network. It mushroomed!”

“When the group gets as big as that, you know that you don’t know everyone on the list.  If this is going to work as a social group, then we need to get to know each other.  So I kept posting questions on the page to generate conversation, that’s pretty hard work though!  Women were quite shy to start with so I introduced ‘hosting’ for the day, and that’s what happens.  Every month we have a list of hosts, and when it’s your turn, you think of 5 or 6 different posts that generate conversation.”

It became clear that people were getting happier to talk and comment online, but were not keen on meeting in a big group.  Natasha started coffee mornings at her home so that people could get to know each other in smaller groups.

“The first coffee morning was really successful.  There were about 12 to 15 of us around my kitchen table.  Because of the conversations we’d been having online, we’d broken the ice.  People started coming up with ideas about what else we could do to meet and get to know each other. The meals out branched from here; we’ve had some fantastic tapas nights!” 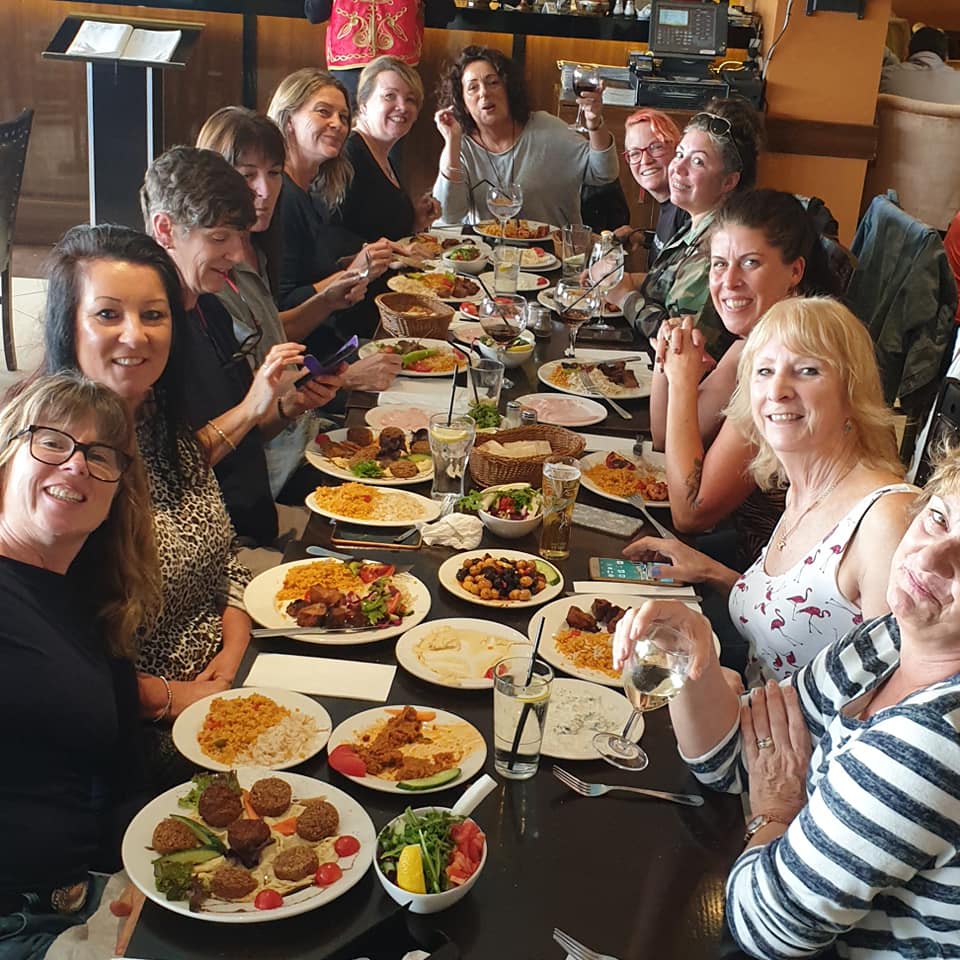 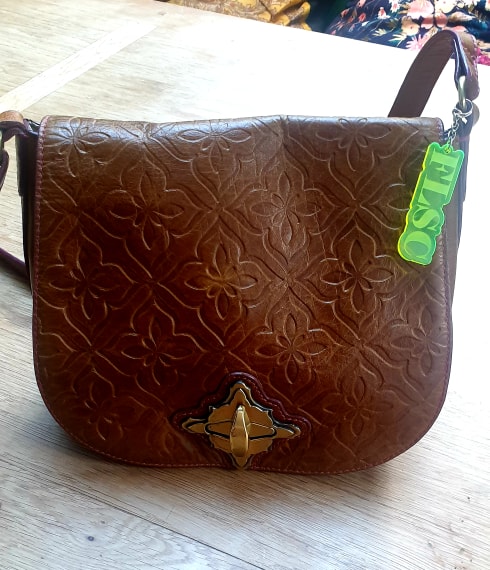 learning about other women’s situations

“What I didn’t appreciate, and didn’t know much about, was there are a lot of women out there suffering from isolation and anxiety.  Women started to private message me about feeling socially isolated.  There were older women who feel really lonely at home now that children have moved out.  Younger women were feeling lonely being stuck in the house with their children and not knowing anyone else to share that with.  There were people suffering from social anxiety, and I didn’t know much about this at the time so it’s helped me learn about others situations.”

“Women started to meet in groups of 2, and some real friendships have been formed.  There are some who knew each other years ago and lost touch.  One couple I can think of have renewed their friendship after 27 years!  When the weather got warmer we started meeting for drinks on Friday night and friendships have grown from there – people new to the town and those who’ve lived here all their lives!”

It also became clear that a little match-making was also needed!  So the FLSC has put on Singles nights at the Rum Clinic.

“We do these every two months or so, and it’s thanks to Karen at the Rum Clinic that we have a great venue.  She’s normally shut on a Thursday night, so running the Singles evenings, which are by invitation only, she can get another night of business, and we get exclusive access!  Plus, I would like to see the first FLSC wedding.  We’ve got enough women to probably organise the whole event too!”

In the first year the group grew from 30 women to over 2500 members.  Lots of women wanted to celebrate, but the 1st birthday party, planned in Natasha’s house, proved too small!  The group decided to put on a Christmas Party and hired out the Leas Cliff Hall.

“There was an amazing team of ladies who put on that party.  We had raffle prizes, live music, silent auction and a fashion show!  It was fantastic!  We raised over £4000 for charity, I really wasn’t expecting that!   It had taken the group 6 months to organise it all and really, the evening went too quickly!  Not wanting to sound sexist at all, I think the women had such a good time because there were no men there.  We were all able to relax and be ourselves, no inhibitions.  And, if anything did happen to fall out of those wonderful dresses, it was a laugh and hilarious, not embarrassing at all!  We all had such a great night!

“The atmosphere, that camaraderie of women, look what we’ve achieved, was wonderful.  You couldn’t buy that, and it made it so special.”

year two of the flsc

With this group taking off at such a pace, and with such a successful Christmas Party it seems that there’s an appetite to do so much more in their second year.

“I’d like to do something more community driven.  Ideally I’d like to open a cafe in town that caters for all who are socially isolated.  We’ve got so many women in the group with so many skills.  There are crafters there, bakers, designers!  We could create something that really comes from the heart of the community.  The issue is finance – we’d have to work out how to make it sustainable and secure.

“I’ve been in conversation with the council so we might have ideas about how to do this. We’ve also got women who write grants and so on, we’ll be able to do it! I put this idea to the FLSC and they all came back with more!  One lady who’s blind said she couldn’t cook anything but would happily wipe down tables!  Someone else has suggested running free Tai Chi mornings – and why not!” 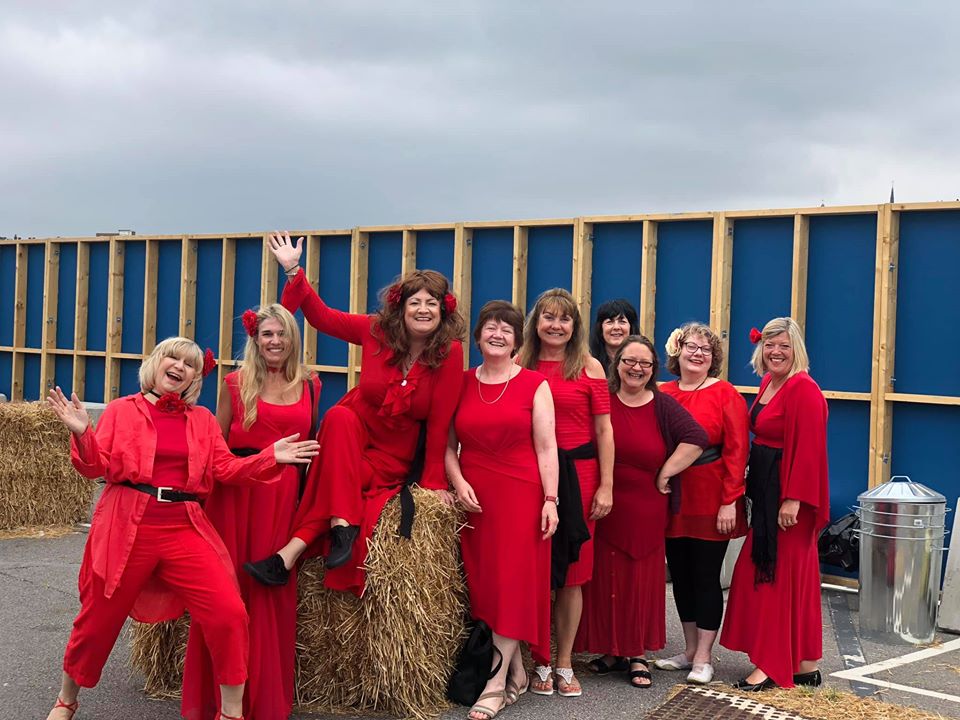 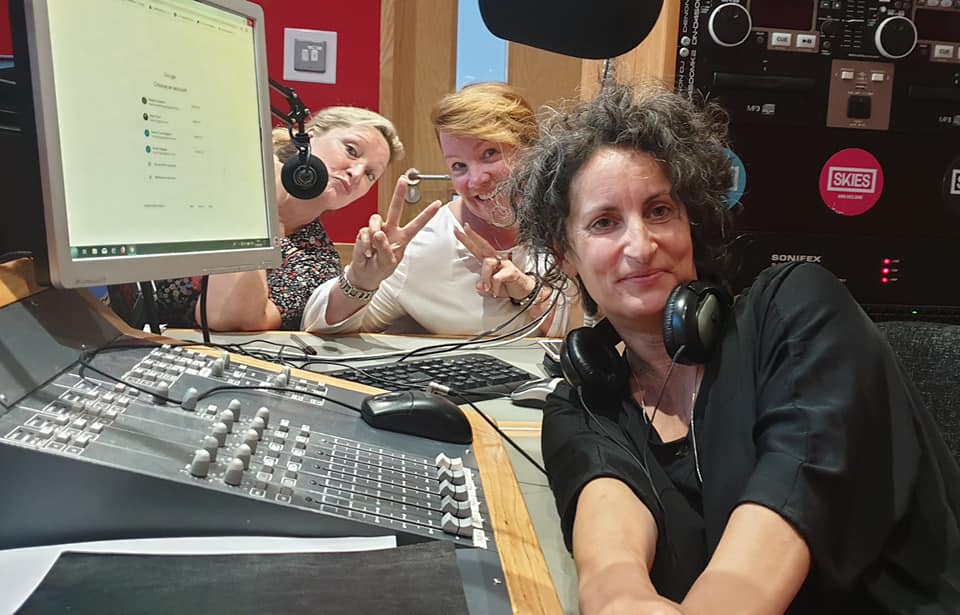 The Facebook group was so successful that Academy FM Folkestone, the local community radio station wanted to give them a voice.  Their show goes out every Monday evening, Tuesday lunchtime and Saturday afternoon.

“We talk about lots of things, and subjects that we’re interested in, not just ‘things suited to women’.  It’s a real laugh too, and again, another opportunity for people to get together.  The first week the show went out I watched the numbers of people joining the group go bing, bing, bing!  It was amazing!”

The women have been celebrating their first year as a group and rejoicing in how much they’ve achieved.  Lasting friendships have been made, and this truly is a force for good, and amazing things will come from them in the future.  Join them!