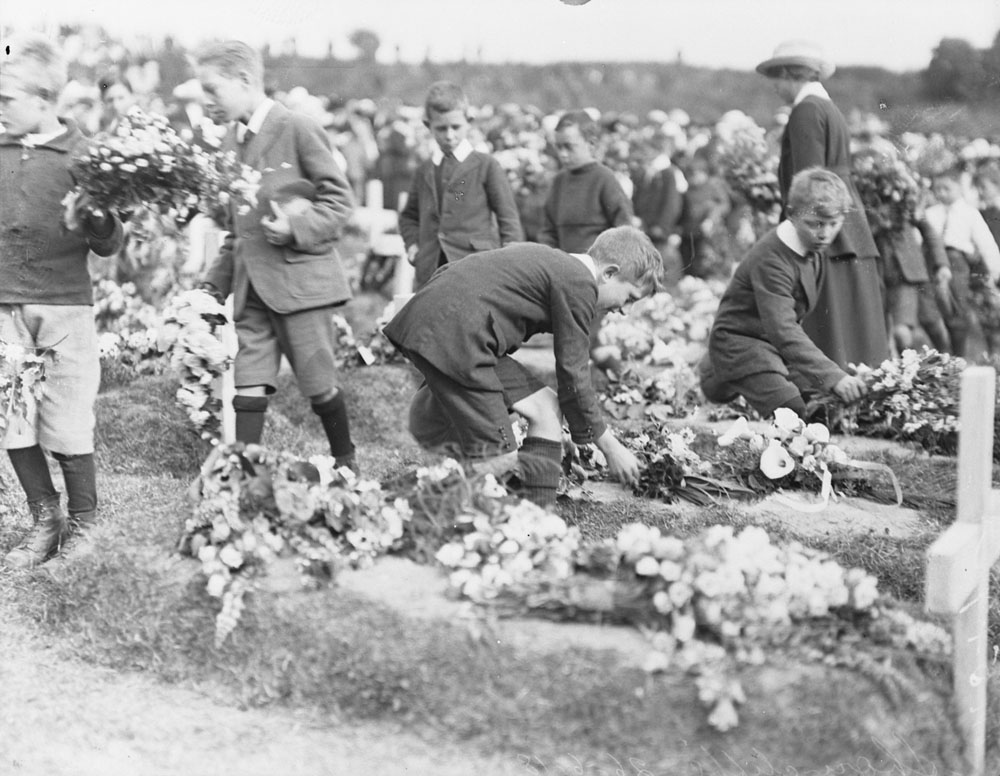 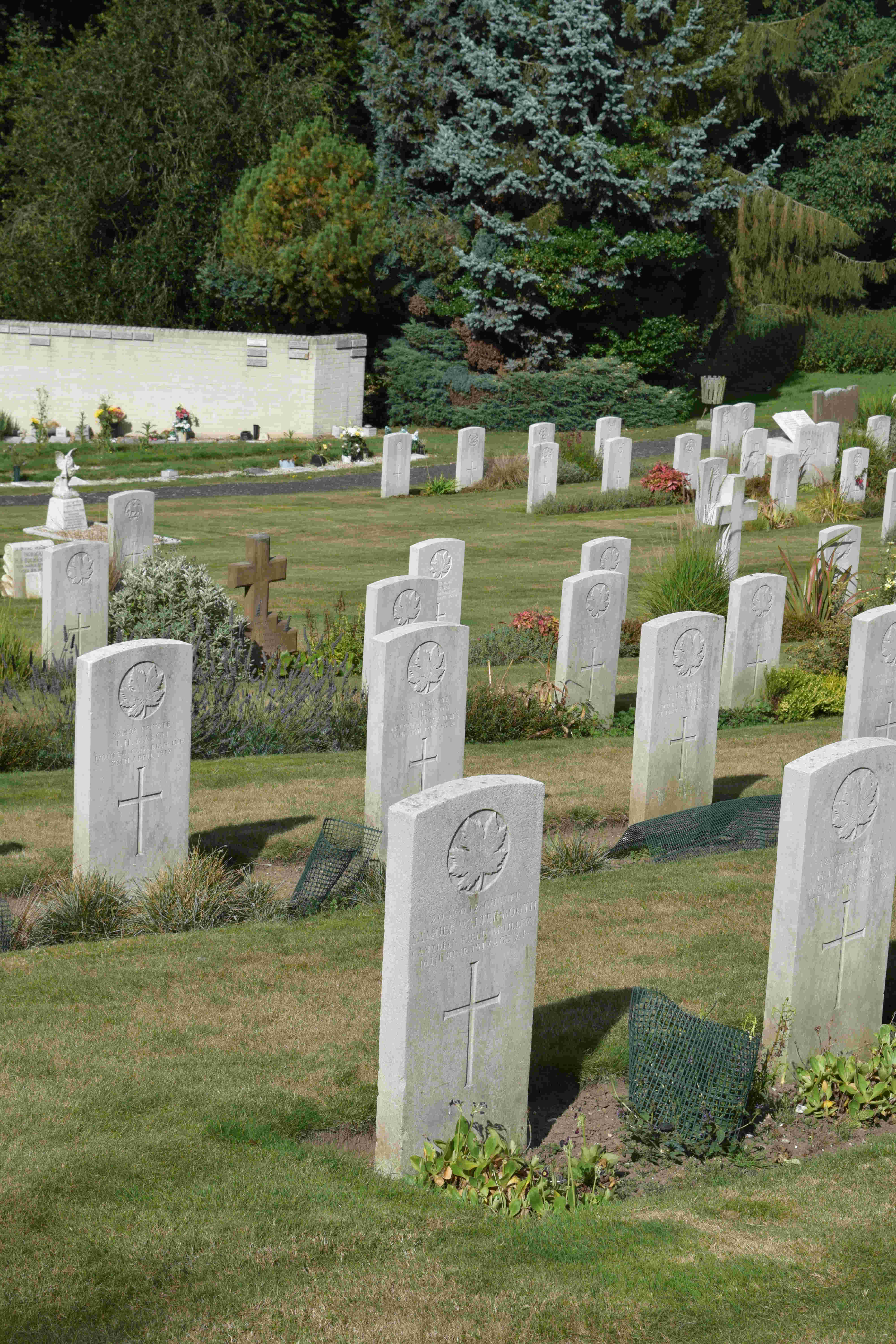 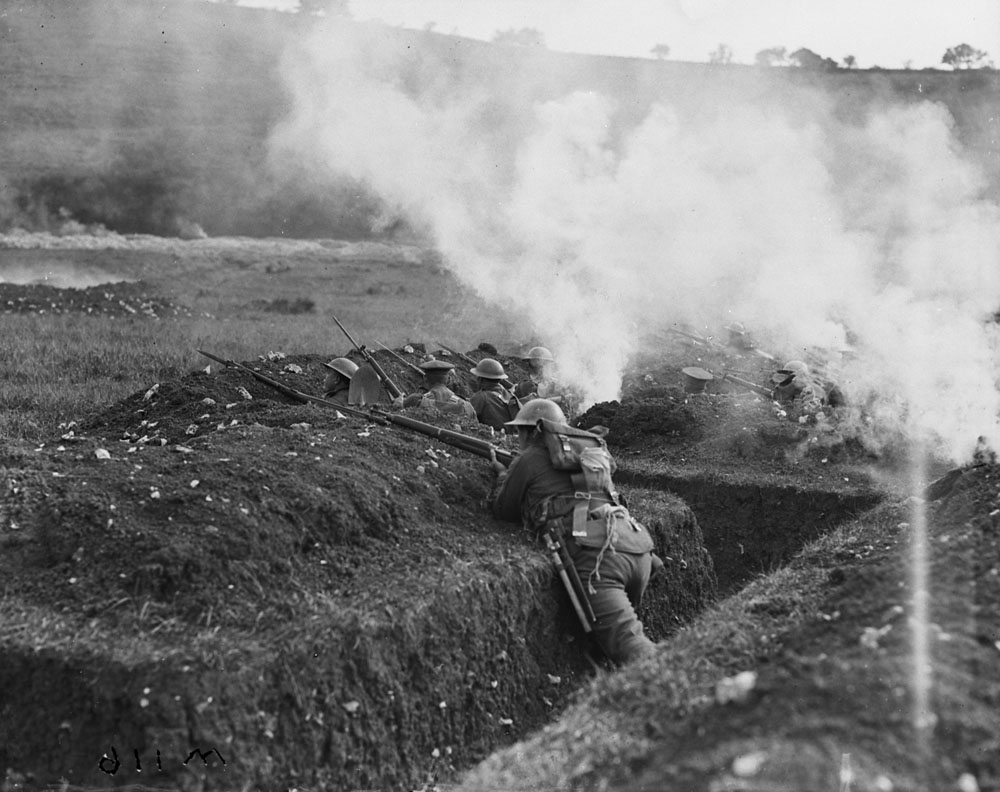 Shorncliffe Heritage – The Birthplace of the MOdern British Army

Shorncliffe Cemetery is tucked away on the hillside leading down to Sandgate.  It, and the surrounding countryside, hold tales of 200 years of military history.  From fortified areas protecting us from Napoleonic invasion, to the Canadian practice trenches from WW1.  There are secret burials, hidden graves and three Victoria Cross soldiers are buried here.  Field Marshall Montgomery was stationed in Shorncliffe in both World Wars and Churchill spent time here too.  The Shorncliffe Barracks were the training grounds for many soldiers, including the author Andy McNab.  There’s a Hindu burial near a German burial; children killed in as a result of wars and soldiers who’ve served up to present day.  Folkelife went for a stroll along these historic pathways to scratch the surface of the heritage here.

At the bend in West Road,Folkestone sits the Shorncliffe Redoubt and Military Cemetery.  It’s heavily wooded now, and the trees hide the peaks and troughs of a 200 year old Redoubt.  This was a temporary fort built to protect the coast from Napoleon’s invasion that never came.  Three banks of the square fortification remain.  The soil banks would have protected the Red Coats from canon fire and helped hide them from sight.

Folkestone at the Fore-Front

The streets around this area are named after many military people and events.  Sir John Moore holds particular prominence.  Lieutenant-General Sir John Moore, KB (13 November 1761 – 16 January 1809) was a British Army general, and based at Shorncliffe.  His military training ideas changed the face of front-line fighting from the Red Coats onwards.  He realised their bright red coats made them stick out and could be easily targeted by the opposition.  He introduced The Riflemen.  They wore green coats, and so more easily camouflaged.

The 95th Rifles were established.  Warfare was changing; the riflemen worked in pairs where one fired and the other loaded the spare gun, ready to swap to maintain continuous fire. 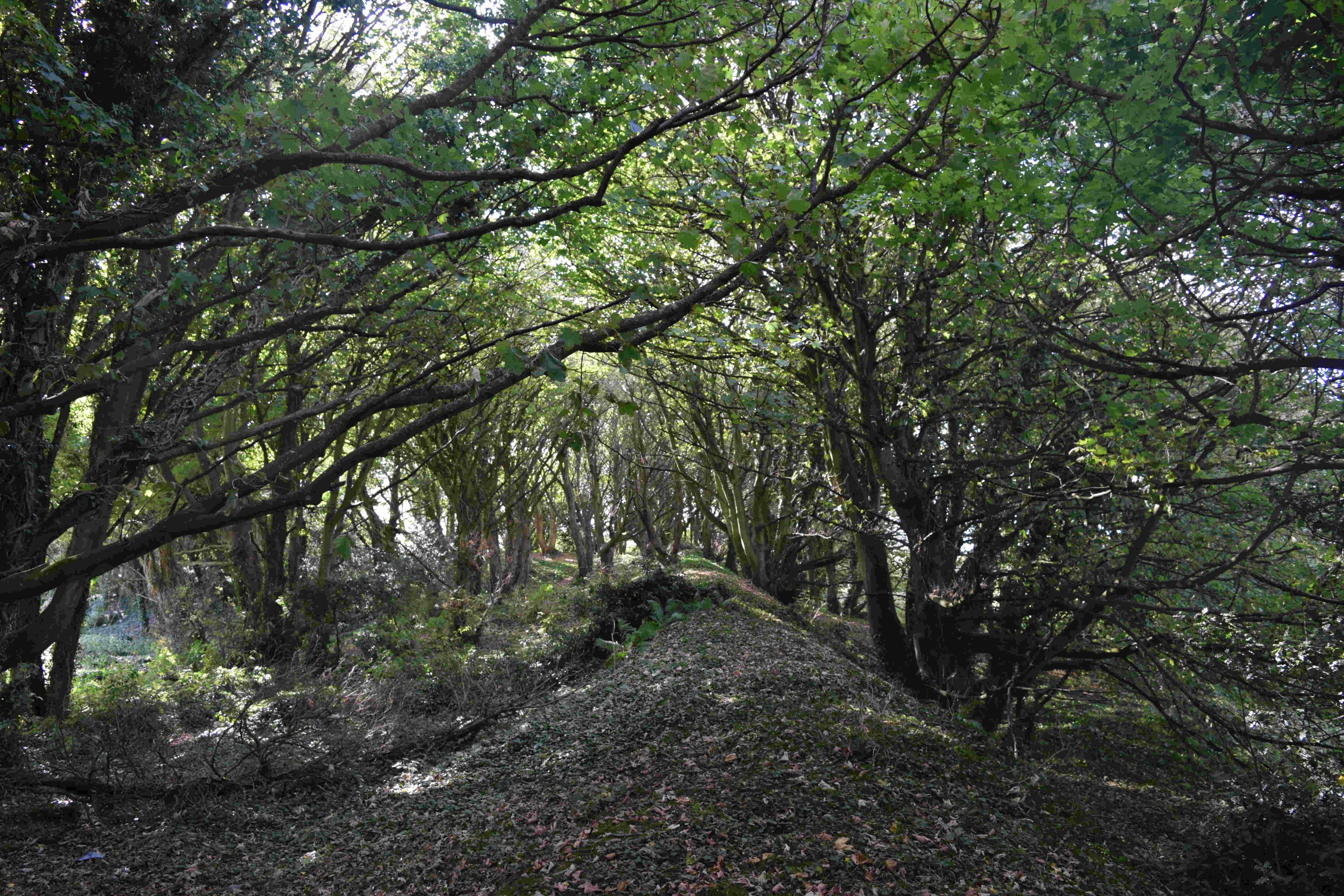 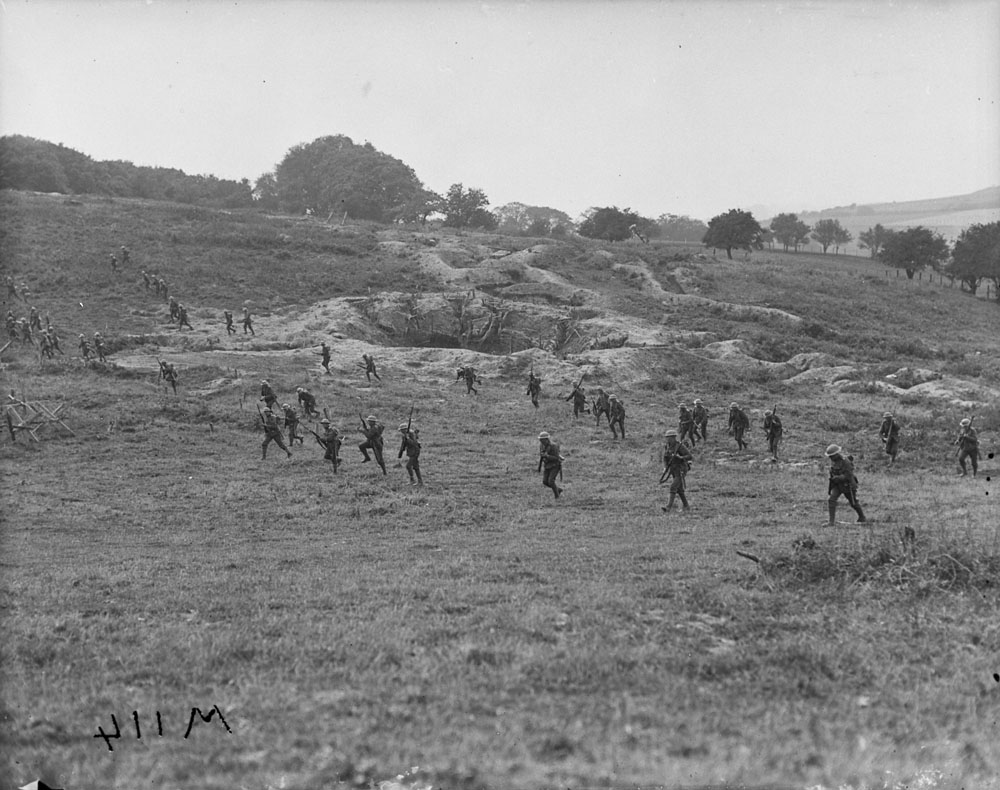 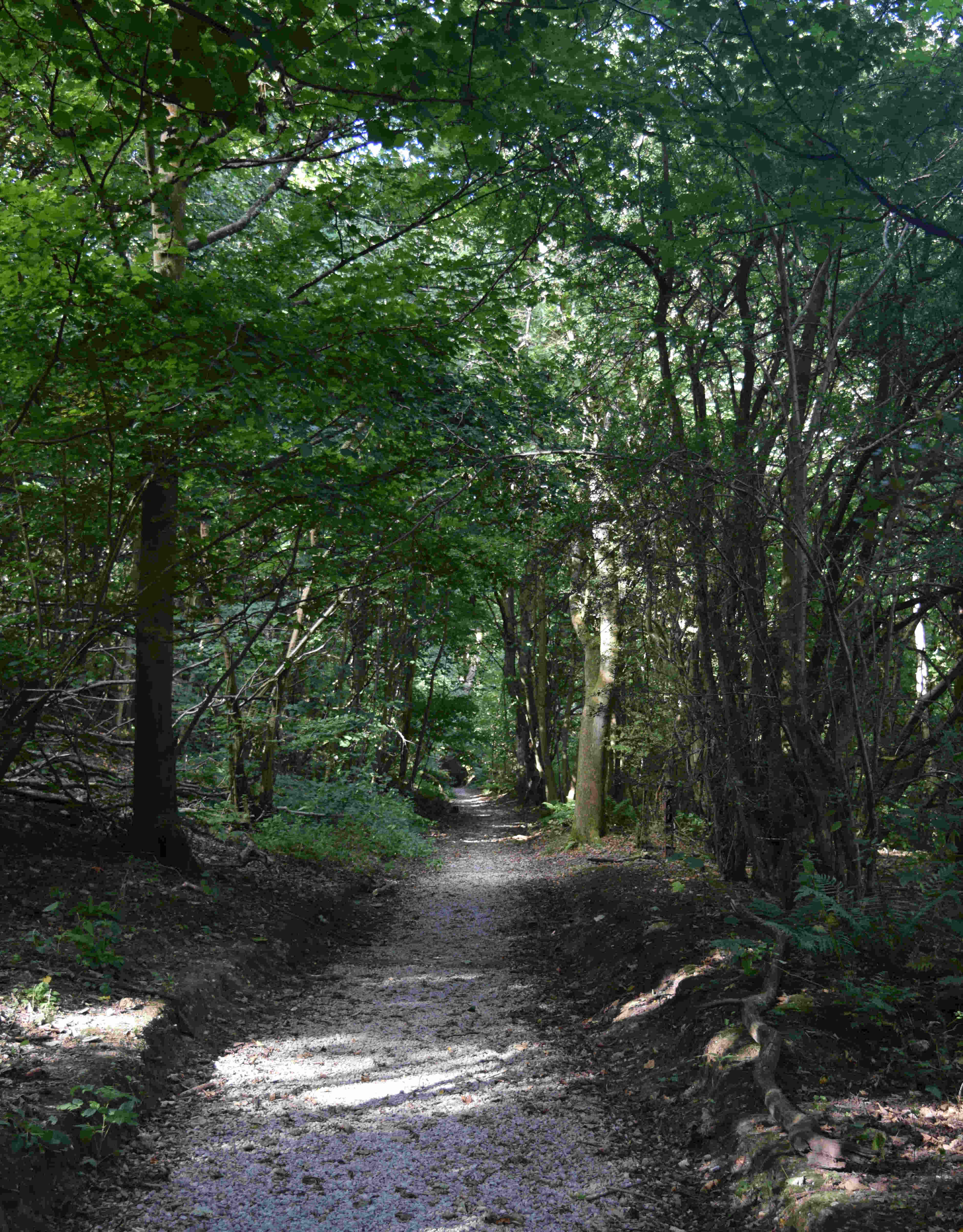 The Redoubt today is a scheduled ancient monument thanks to the Shorncliffe Trust.  This is the heritage group that promotes the history of this area.  In the 18th Century, this was the site of the Commandant’s house.  The story goes that the soldiers dug a hole in one of the walls so his wife could see the sea from the house.  Flowers from her garden still come up today.

The Redoubt, Martello Towers and the Royal Military Canal formed our Napoleonic defenses which were never needed in the end.  This area though, continued to be used for training soldiers in trench-building and fighting through the next 2 centuries.

walk the path millions have done before

Sandy Lane runs between the Redoubt and Shorncliffe Cemetery.  It’s recently been re-stoned so you can walk down to Sandgate, as many military troops would have done in times gone by.  Among the trees on both sides of the lane you will find trenches and dugouts where troops would practice.  The area is littered with ordnance from these training sessions that continued into World War 2.  Do be careful and don’t touch anything!

In 1915, 60,000 Canadian troops based in Shorncliffe over the course of World War 1 would have walked this route.  We homed a tenth of the 600,000 Canadian troops based in the UK.  However, they were not all Canadian, some were American who’d crossed the border to join up as their country wasn’t yet in the war. Some of those rest in the graveyard next to their Canadian companions.

The Military Hospital lay below the crown of this hill.  Although it was for the war-wounded, there are many stories from local people being born and treated here until it closed.

Folkestone is very proud of its part in World War 1.  The vast numbers of people, of soldiers, who came through this area had a lasting effect on our town.  The Shorncliffe barracks weren’t just for soldiers though.  Many war horses were stabled here with their tack rooms.  Lots of these buildings have been demolished for new housing.  Somerset Barracks is the only MOD area now and the Royal Gurkha Rifles are based here.

Only black and white photos of these buildings remain.  The links to WW1 lie with the graves in the Shorncliffe Cemetery, which are maintained today by the Commonwealth War Graves.

There are many Canadian soldiers in the cemetery, and other nationalities too.  There’s the 2nd biggest Chinese Labour grave site in the UK with 6 men from the Chinese Labour Corps buried here. They had the worst jobs: building dugouts, trenches and filling sandbags.

There are also victims from the events of the 25th May 1917.  23 Gotha Bombers flew over to raid London but were thwarted by thick, heavy cloud.  They turned back and dropped their bombs over Kent, killing over 96 people in Cheriton and Folkestone. This was the largest civilian casualty event of WW1 on UK soil.

Shorncliffe Cemetery is open to the public, and Sandy Lane is a wonderful place for a walk throughout the year.  The Shorncliffe Trust run heritage tours here.  They would love to see an education and heritage centre here at the birthplace of the modern British Army. 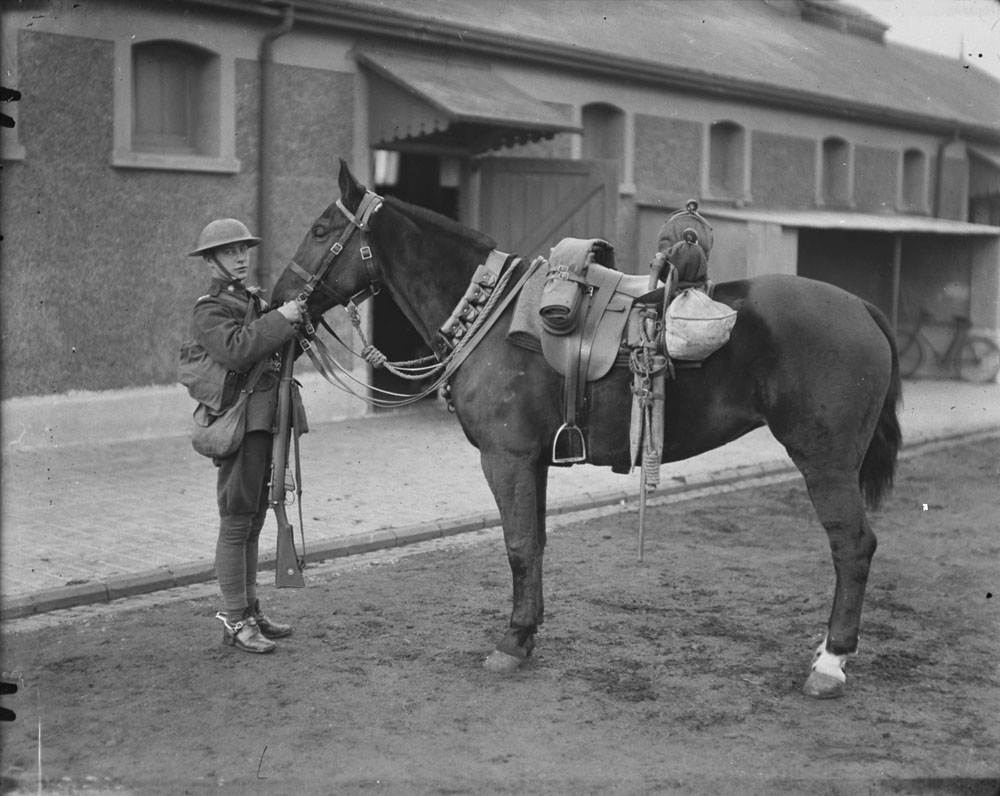 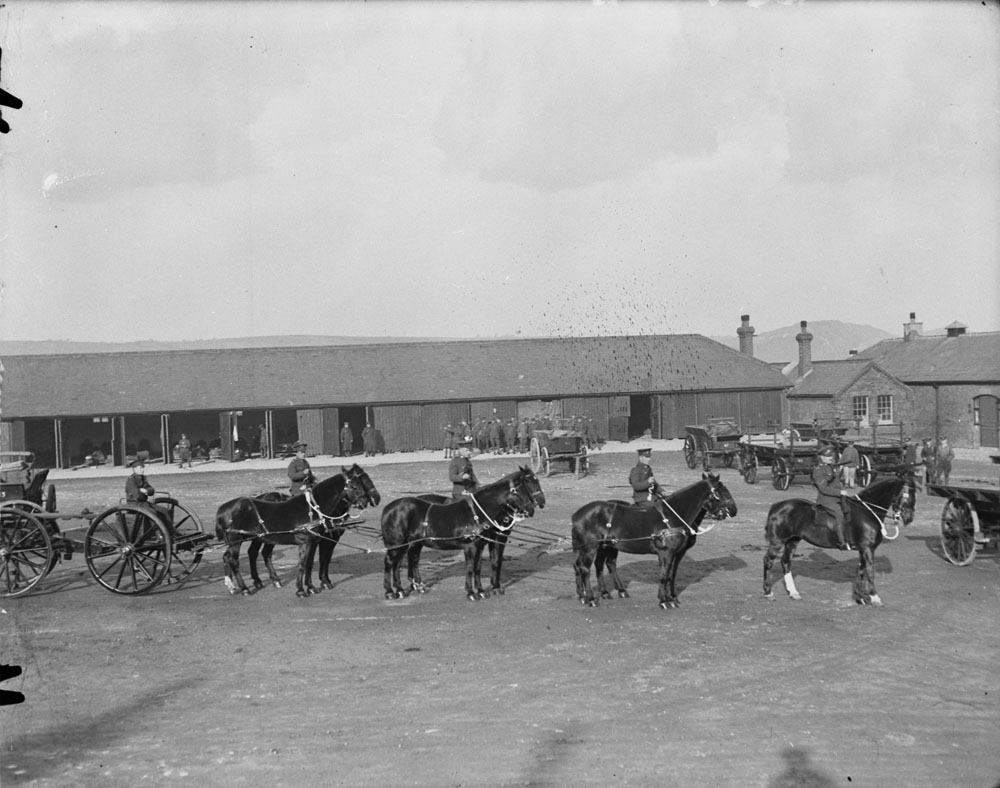 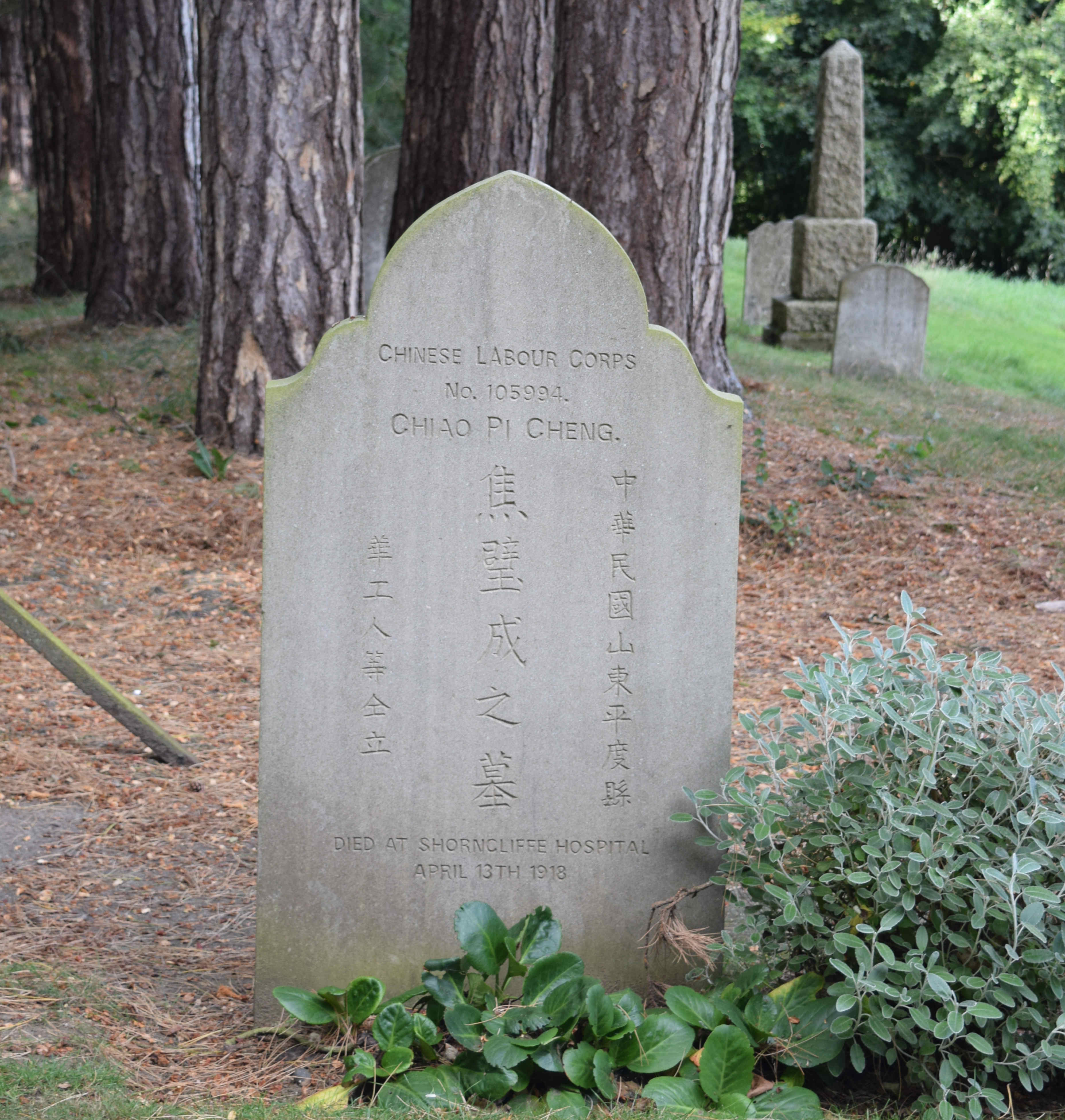