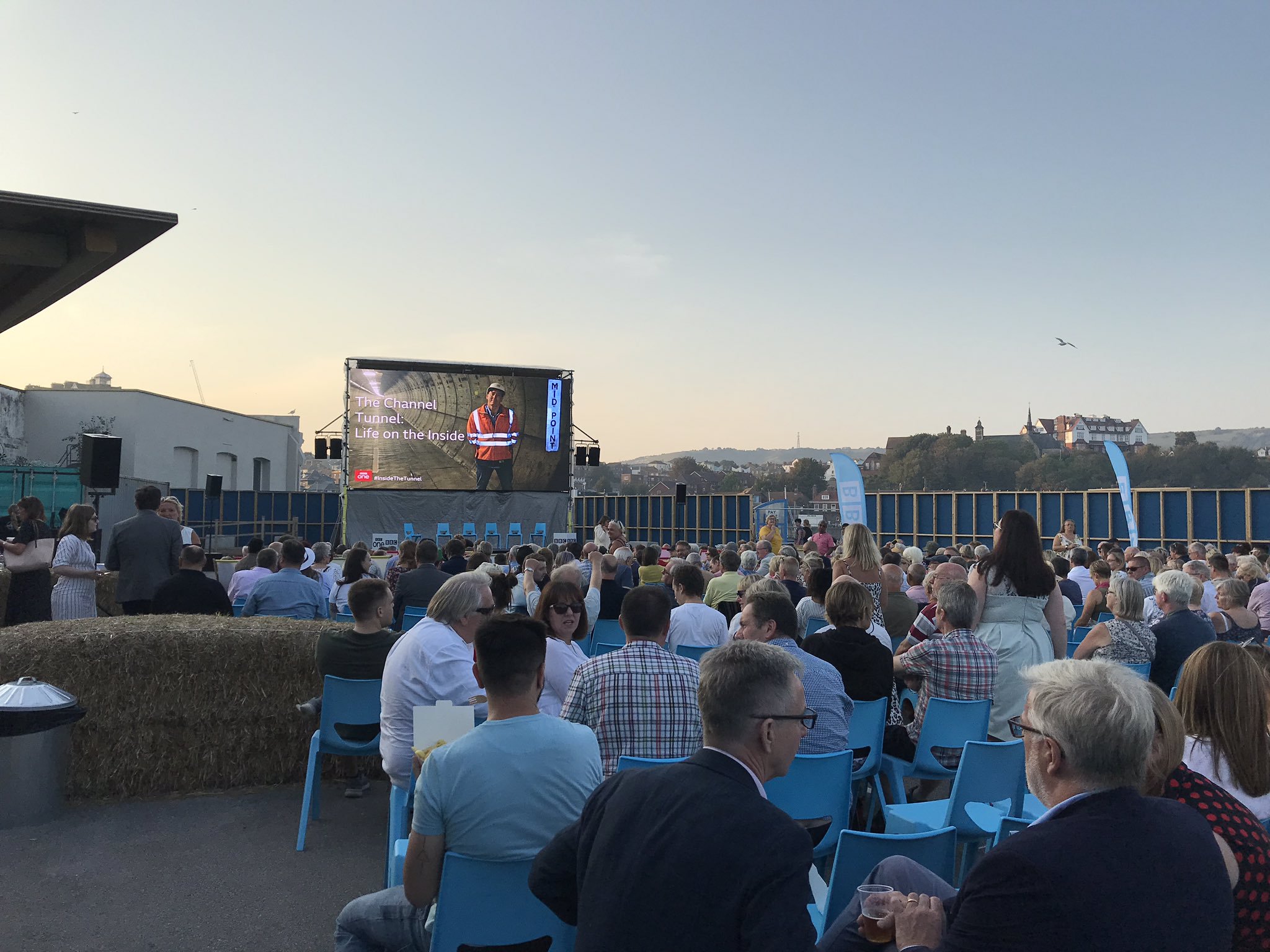 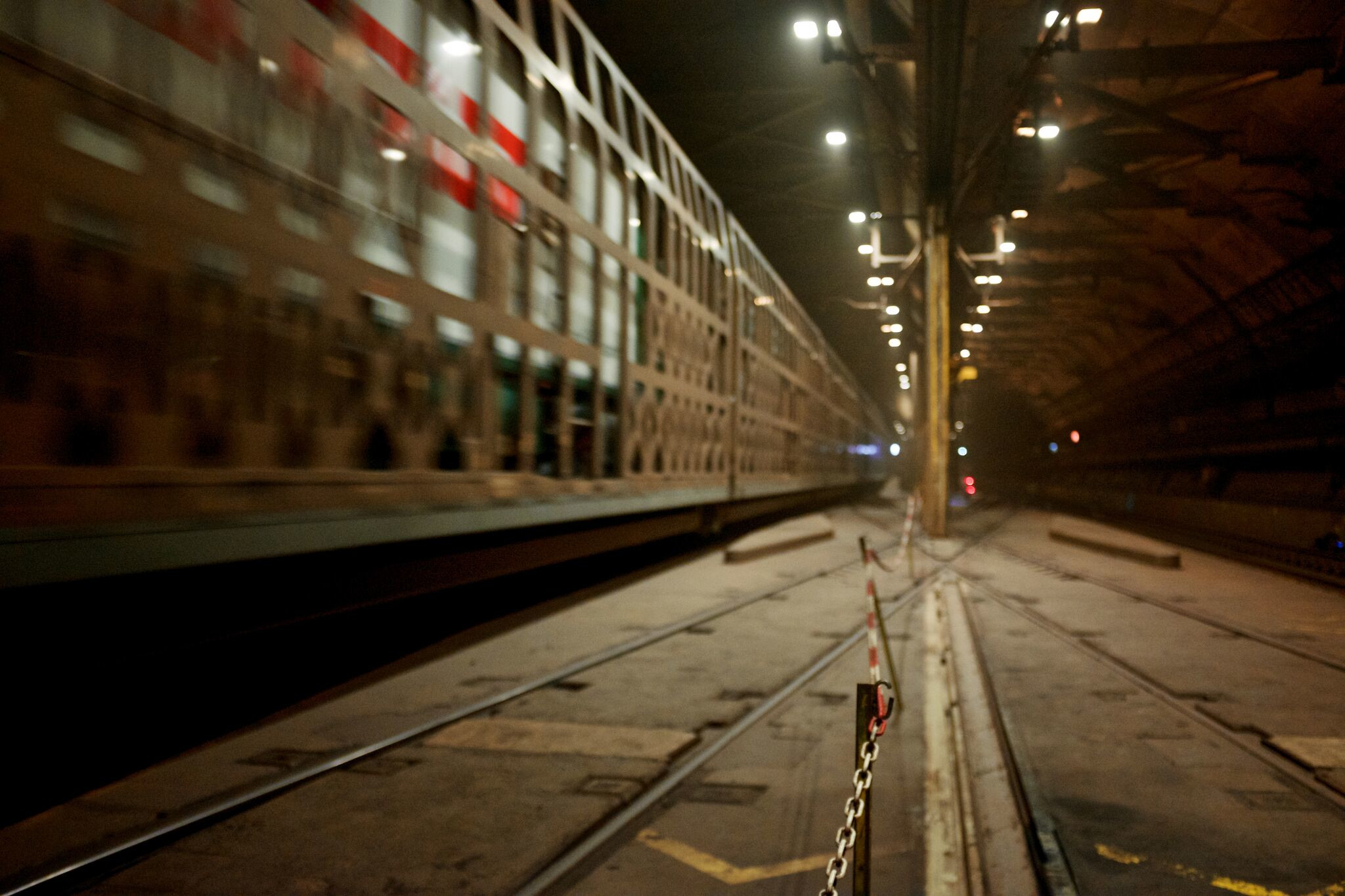 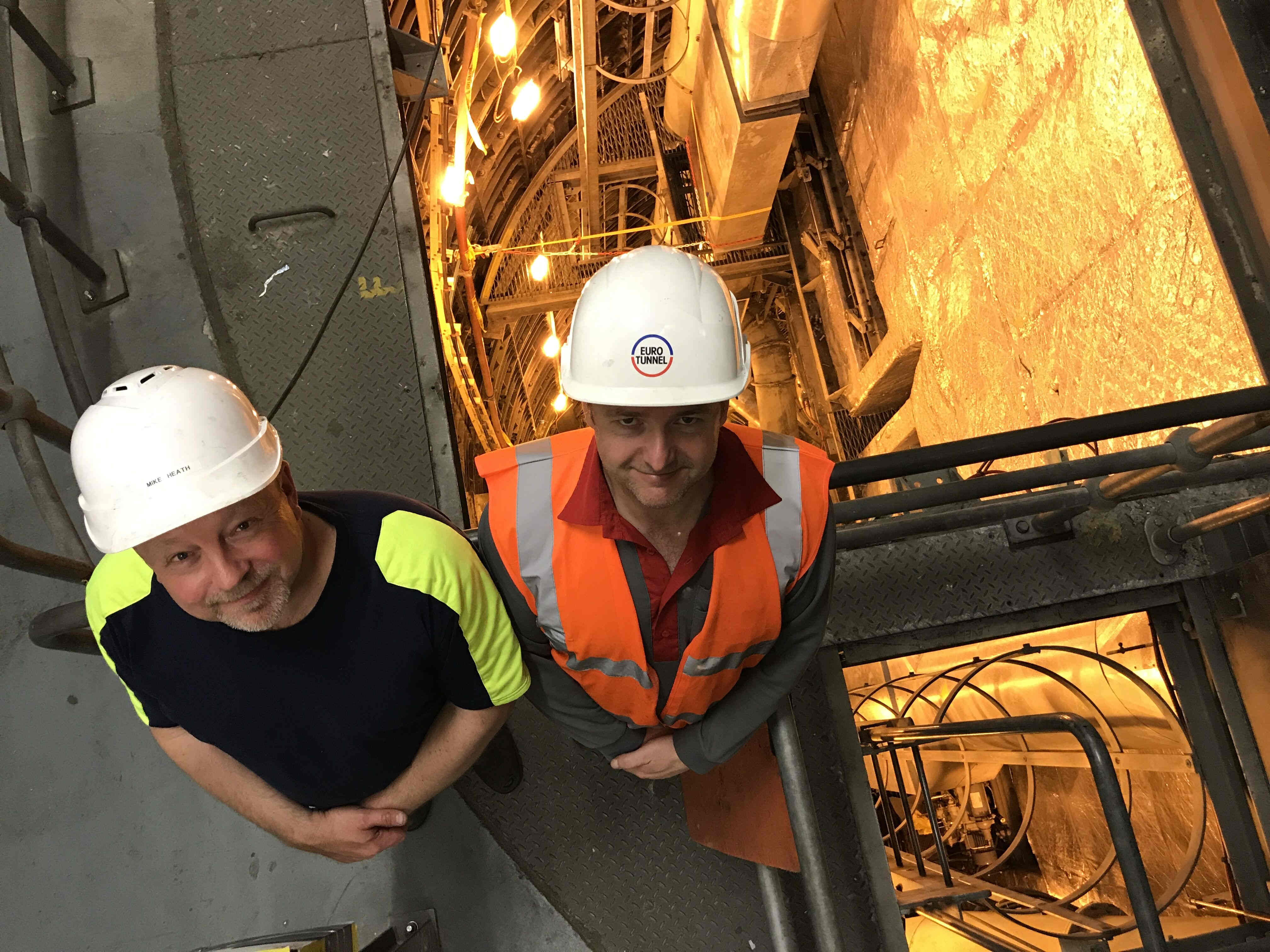 The Channel Tunnel – Life On The INside

The Channel Tunnel is 25 years old this year.  It’s changed the landscape of Folkestone in more ways than just physically.  The track is a figure of 8, with loops on the English and French side, and an elongated stretch under the sea in the middle.  Local villages had to be relocated to make way for the vast system of tracks.  Nature reserves were created from the rock and earth removed to create the tunnels.

The BBC has made a series of 4 documentaries about how the Tunnel works, featuring staff and passengers.  There’s current and historical footage showing how to run the busiest train system in the world.

The building of the Tunnel coincided with a huge period of change for Folkestone.  Employment opportunities were changing for those living in and around the town.  Some people worried the Tunnel would act as a by-pass for Folkestone.  Where would the visitors come from?  Historically they’d come into town to take the ferries from the Harbour – a service that had stopped at the end of 1980s.

Anyone who’s lived in Folkestone for any length of time knows someone who has a connection with the tunnel.  From the moment Margaret Thatcher and President Mitterrand signed the Channel Tunnel Treaty in 1986, Folkestone became a centre for (literally!) ground-breaking technology.  The construction of what was elected as one of the modern Seven Wonders of the World began. 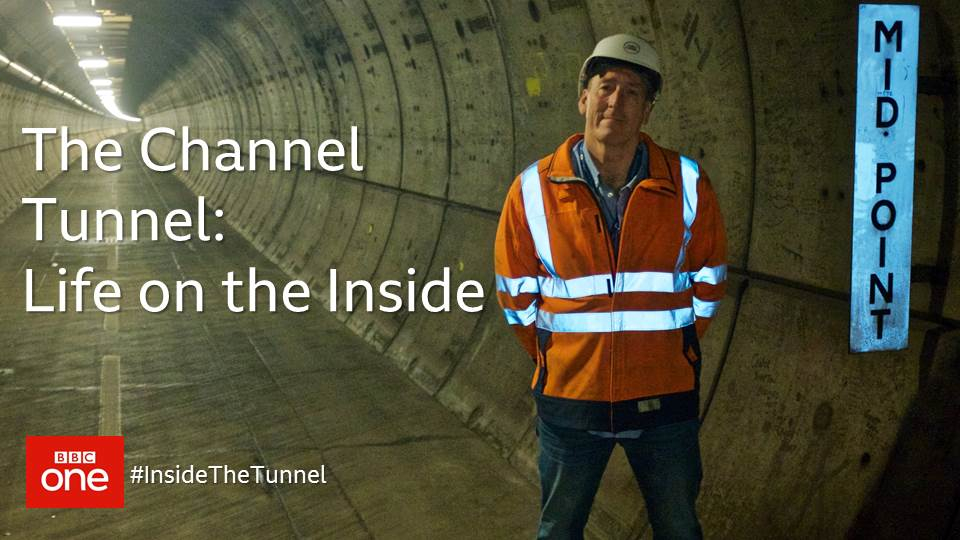 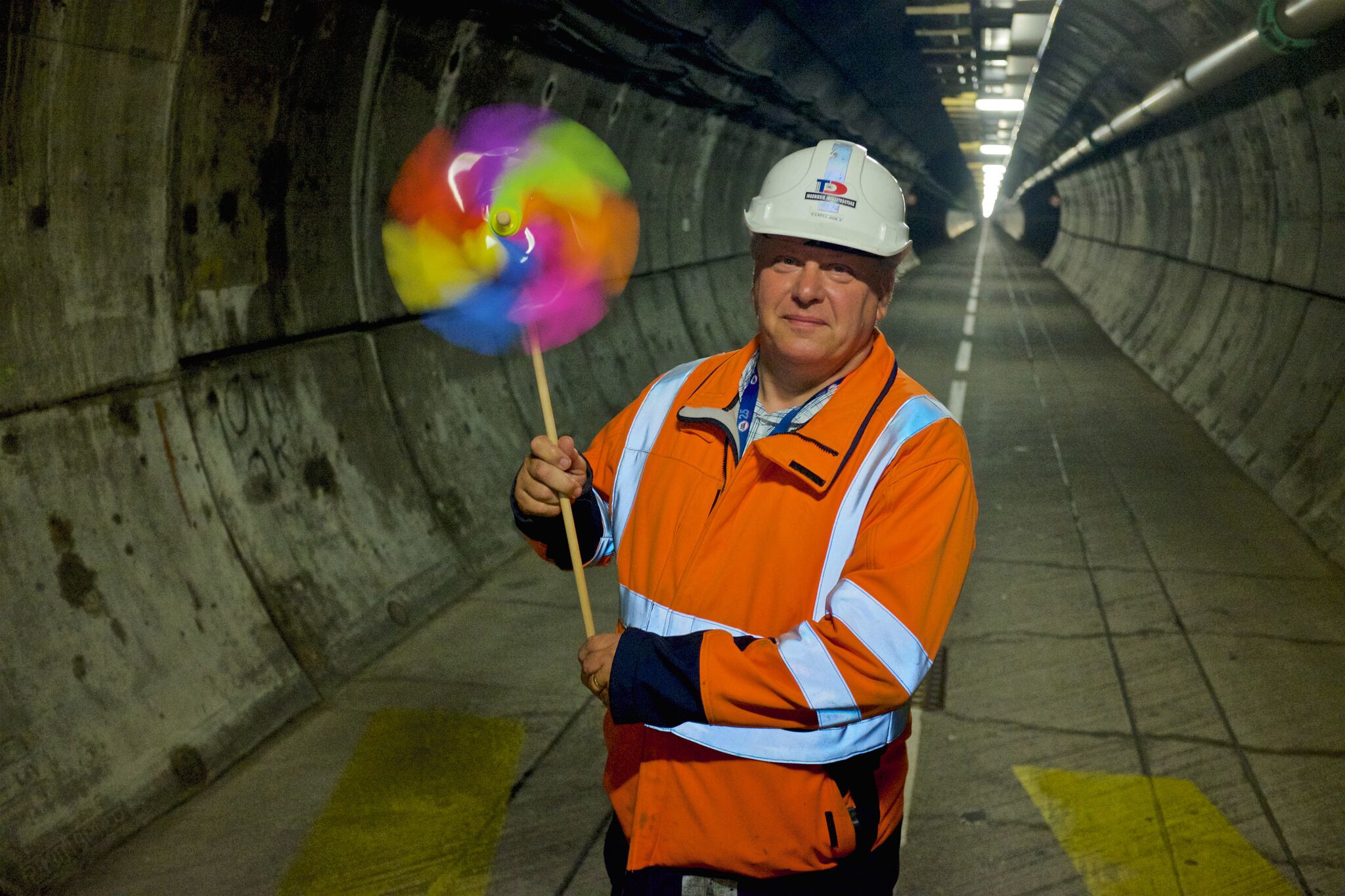 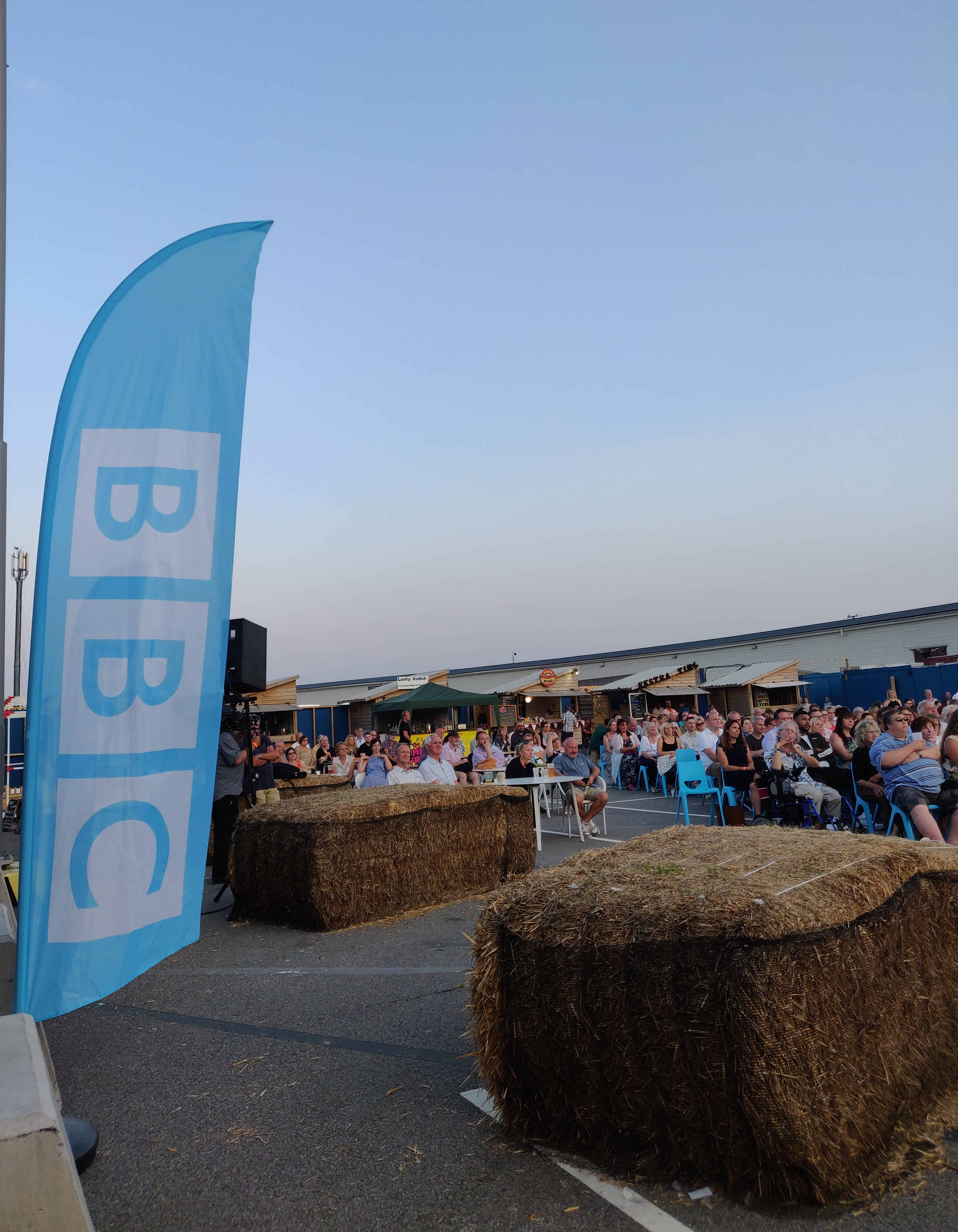 Eurotunnel, the parent company that oversees the site, has the concession to run the Tunnel until 2086.  They’re currently 25 years into their tenure.

The BBC put on a special showing of their documentary at Folkestone Harbour Arm’s Big Screen.  There was a Q&A with those involved in the documentary, introduced by BBC Kent’s Dominic King.  Producer Sarah Brinicombe said “I felt you could spend another 25 years before you understood what was going on! We started to film from day one, and these amazing characters develop and tell the story.”

Didier Berdin, Traffic Controller on the Tunnel, comes over from France at least once a week. “The international relationship builds itself. I brought cakes along, as when you visit, you bring gifts.  It works the other way too.  The English bring steaks!”

Looking through the eurotunnel

This documentary shows things that have never been seen before on television; John Keefe, Director of Public Affairs for Eurotunnel: “It was quite terrifying to think about giving that amount of exposure to the public.  It was a big question whether we should show some of the more invisible technical parts of the system.  We’ve never shown how we run the operation, and never really shown the people.  It was a big step, but it’s paid off.

“When it was first built it was declared the Seventh Wonder of the modern world. It was a technological masterpiece. But the early stages were very difficult. There were all kinds of challenges to meet in moving from being a construction company to an operating company.  I think one of the most important things that has developed is this sense of community. This series shows the people who run the tunnel, the families that work here and the individuals.  It has become a massive community in its own right. That makes it such a rich and exciting and interesting place to work all the time.”

The Channel Tunnel – Life On The Inside was shown on BBC One from 28th August 2019 at 7.30pm and is available on the iPlayer.