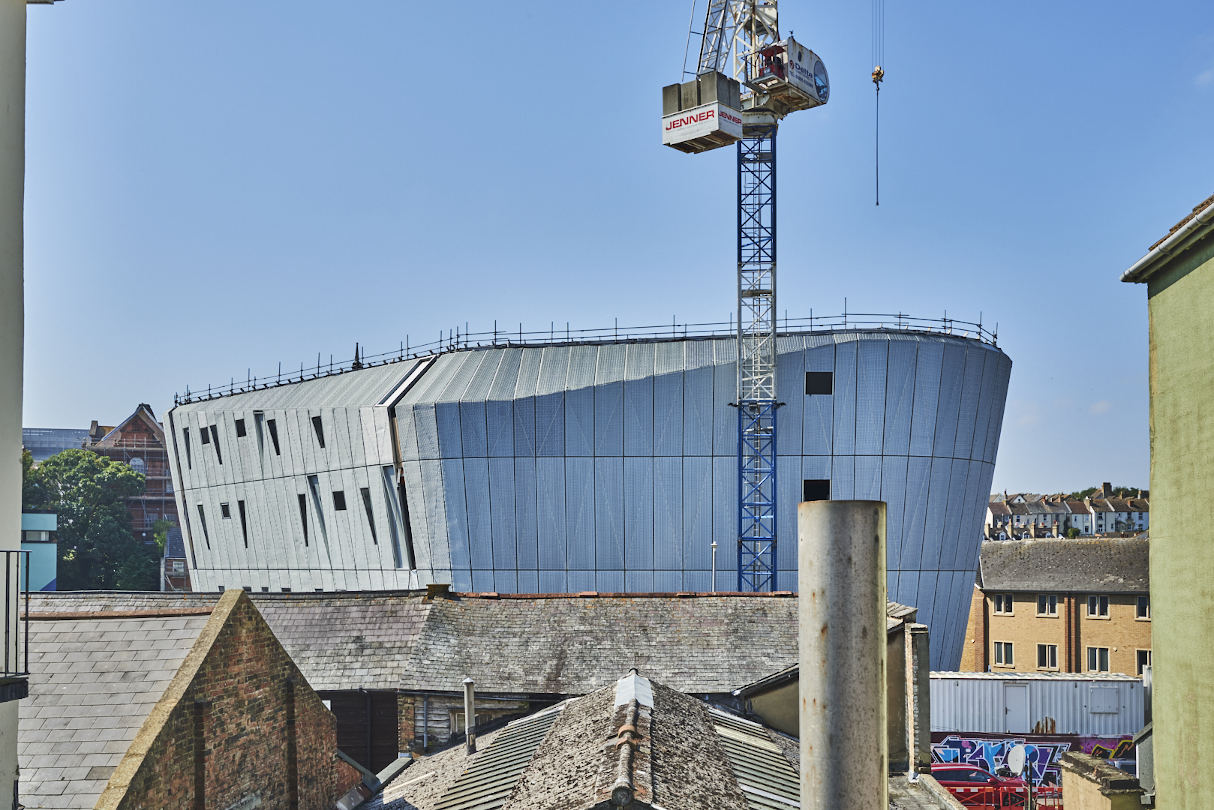 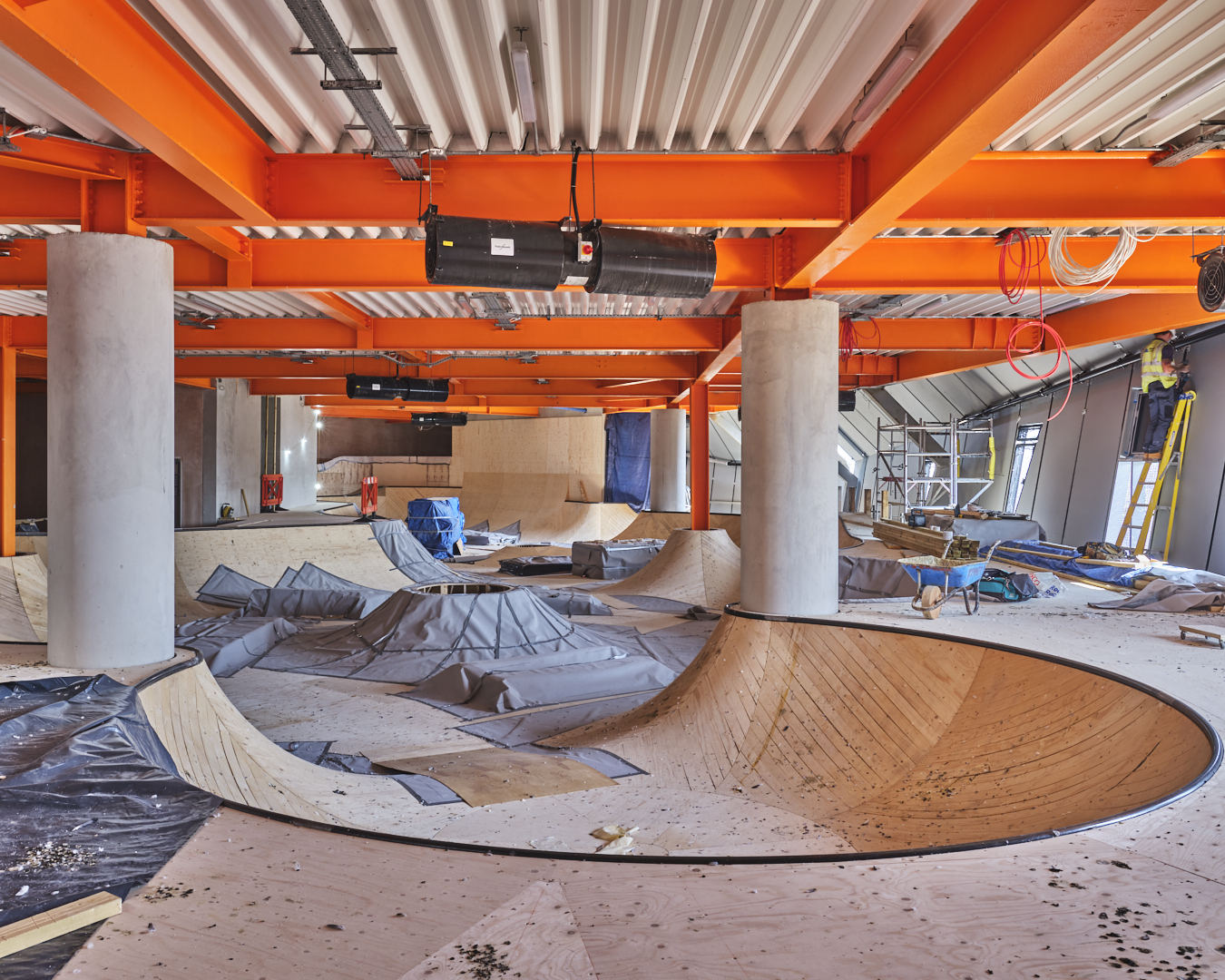 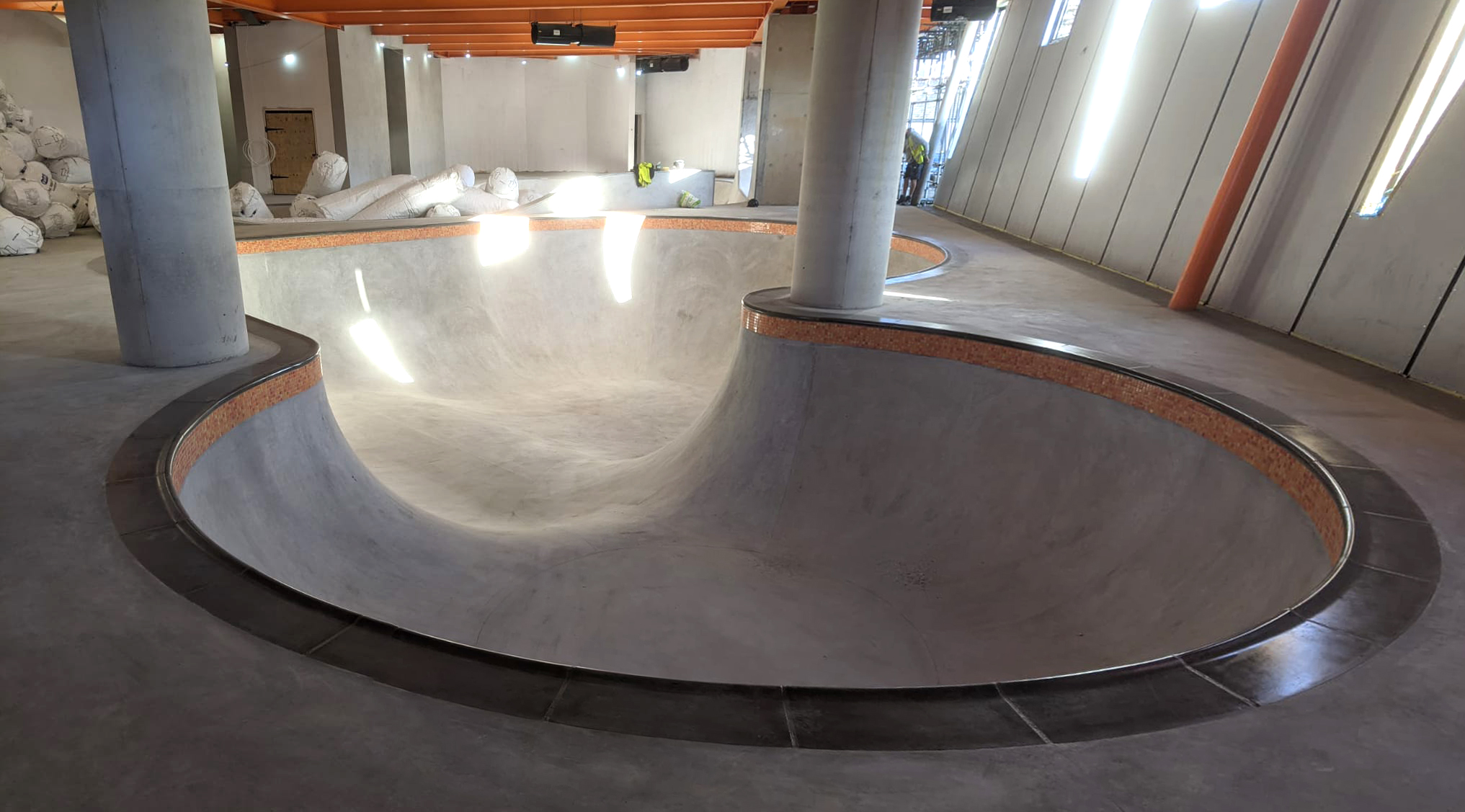 F51 is a world-first for Folkestone: The world’s first multi-storey skate park!  Local architect and design studio Hollaway, have designed a three-storey building that enables beginners through to competition–level skateboarders the opportunity to hone their skills.

The complex at the end of Tontine Street is currently under construction.  Each floor has a different theme making maximum use of the space available to cater for different abilities.  The building also contains a boulder room and climbing wall, a boxing gym, café and changing rooms.

Matt Rowe, a resident artist in Tontine Street, has been taking photos of F51 in development every month since it started. This is important to help document the build, but also gives a fantastic opportunity for time-lapse films to show the progress of F51. 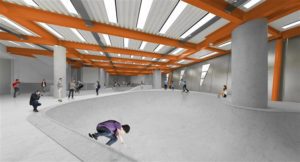 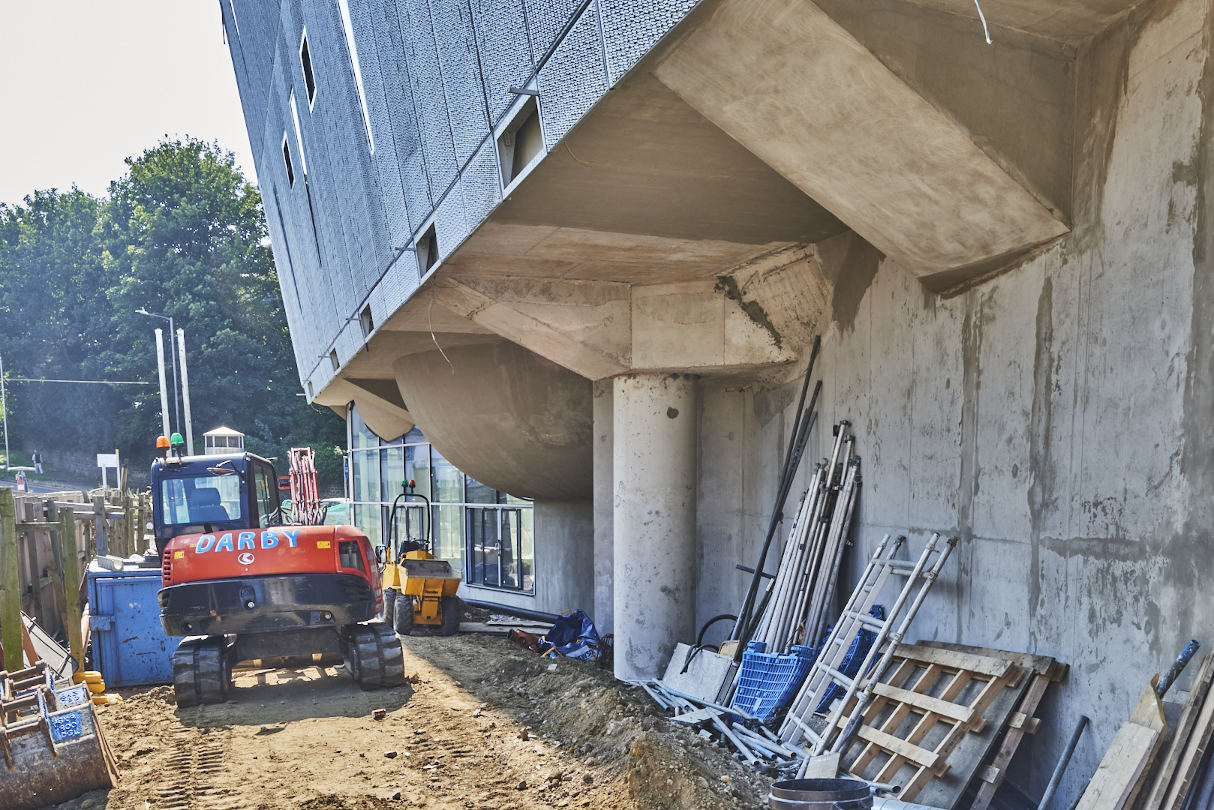 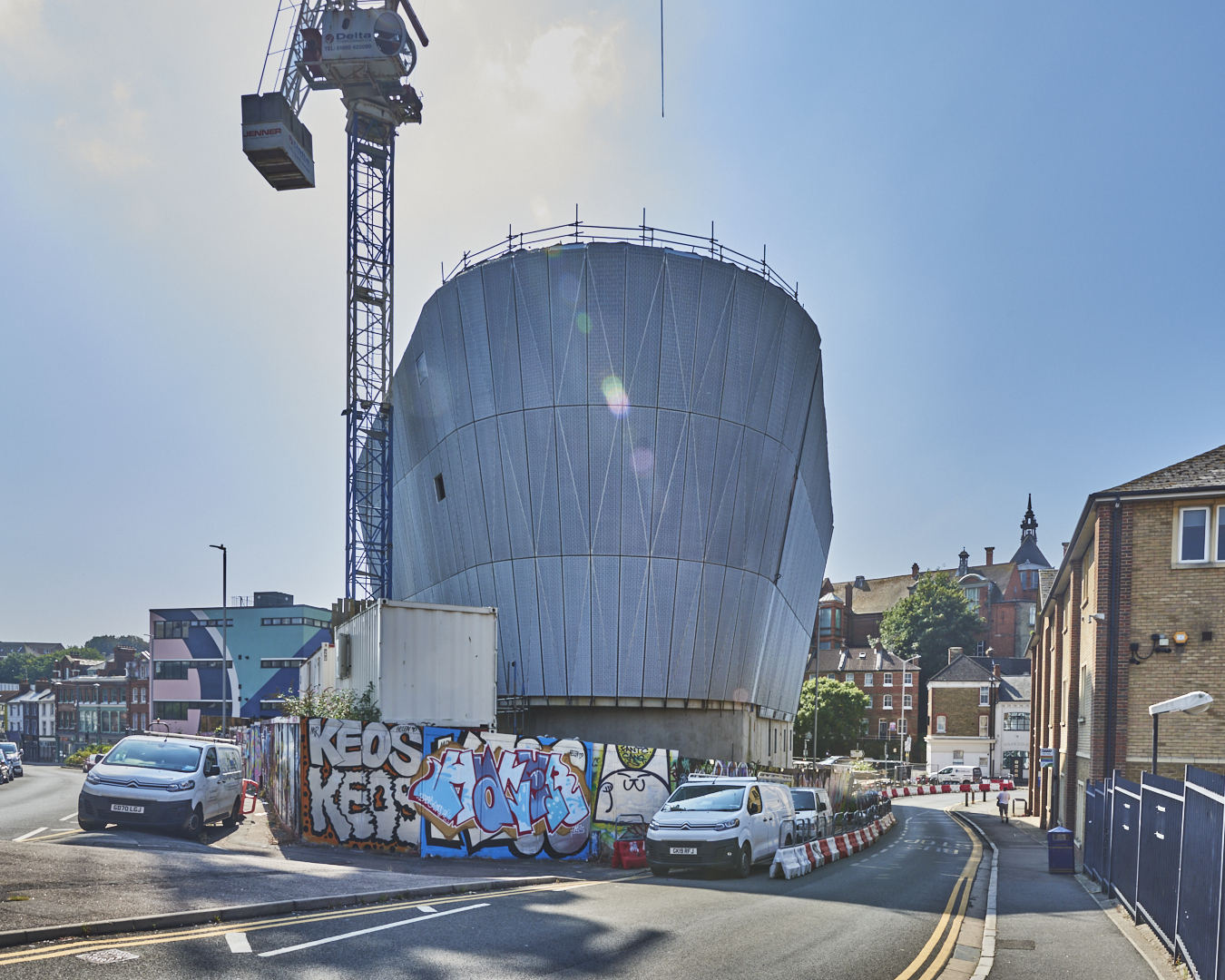 Why’s it important to document the building?

“Progress reports help with the documentation of refurbishments in the Creative Quarter. It’s really important to see the state some of these buildings were left in, and the quality of the refurbishments.  That’s one of the reasons for taking these photos.  F51 is unique, it’s the first building in the world to have a suspended concrete bowl – on the first floor – so it’s great to document this process.

“Right from the start it’s been amazing to see the polystyrene moulds that have had the rebar (ribbed steel bars laid into concrete structures) laid into them.  Then the concrete was sprayed and moulded into these concrete forms. As the moulds have been taken away slowly, you can start to see the fantastic sculptural form of F51 taking shape. On top of that, it’s going to be a really refined skate surface, but at this stage we can just see the bowls taking shape.”

A work of Art!

“It’s really interesting for me as, my background is in ceramics, so we did a lot of mould-making. This process isn’t really that different to slip-casting a bowl, putting a wall of clay on the mould, except in this case it’s concrete. You then take the mould away and see the form.  So, for me it’s a giant piece of pottery.”

“It seemed quite high up when I first went up the crane to see the outline.  One of the best vantage points to see F51 is from Sassoon Gallery Window.  You can look out from the library, it’s open late on a Thursday night. You can do a bit of culture and see this structure coming to life!” 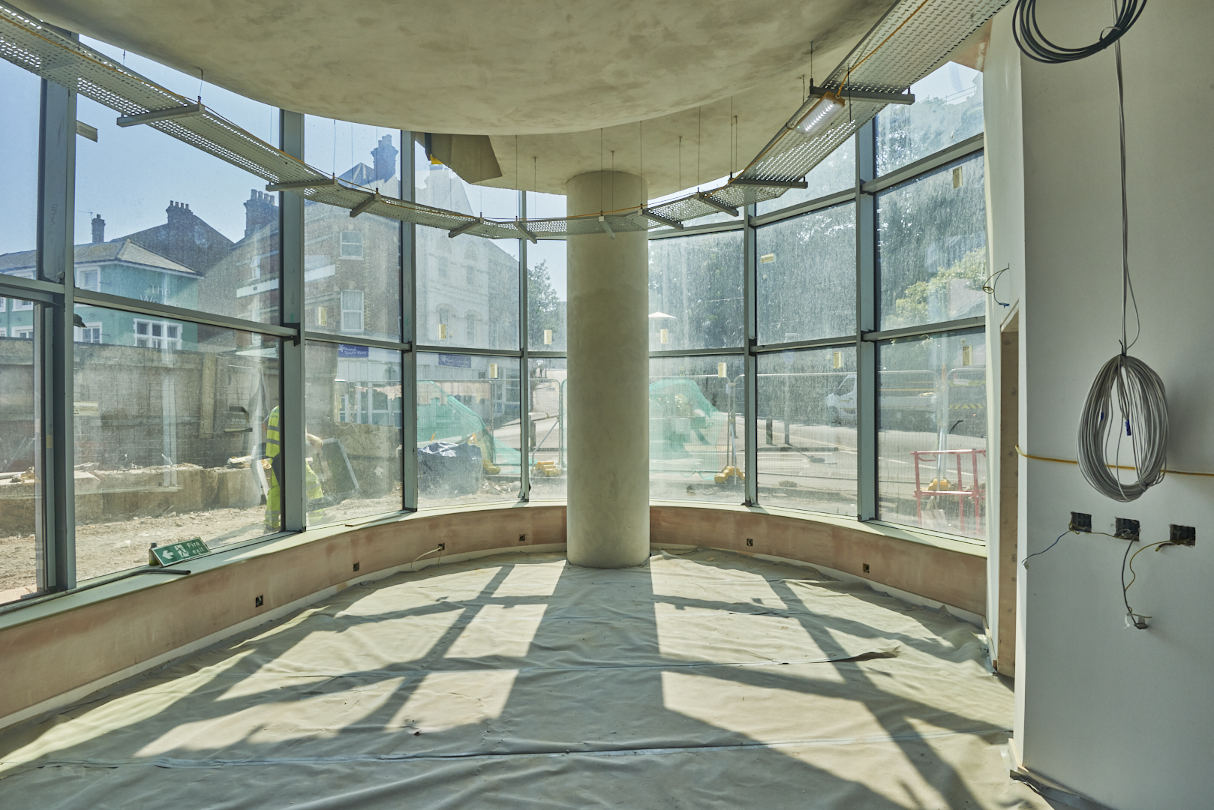 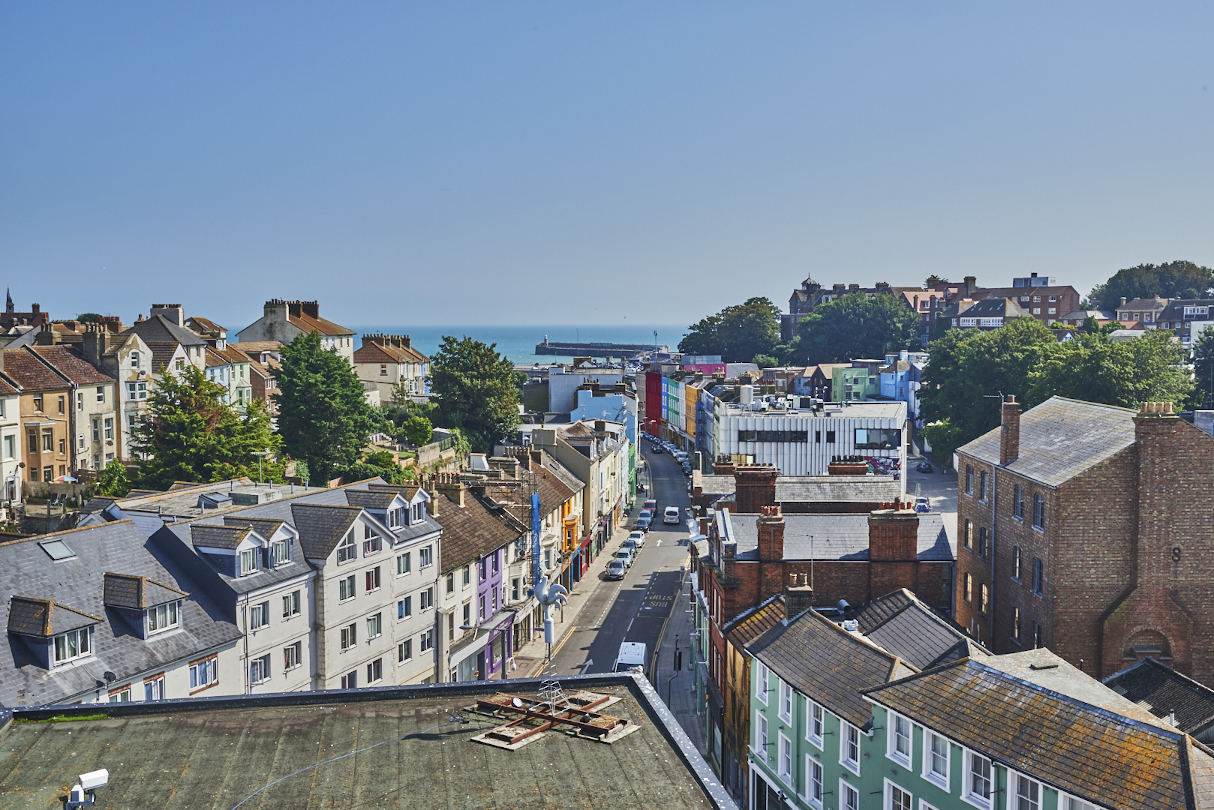