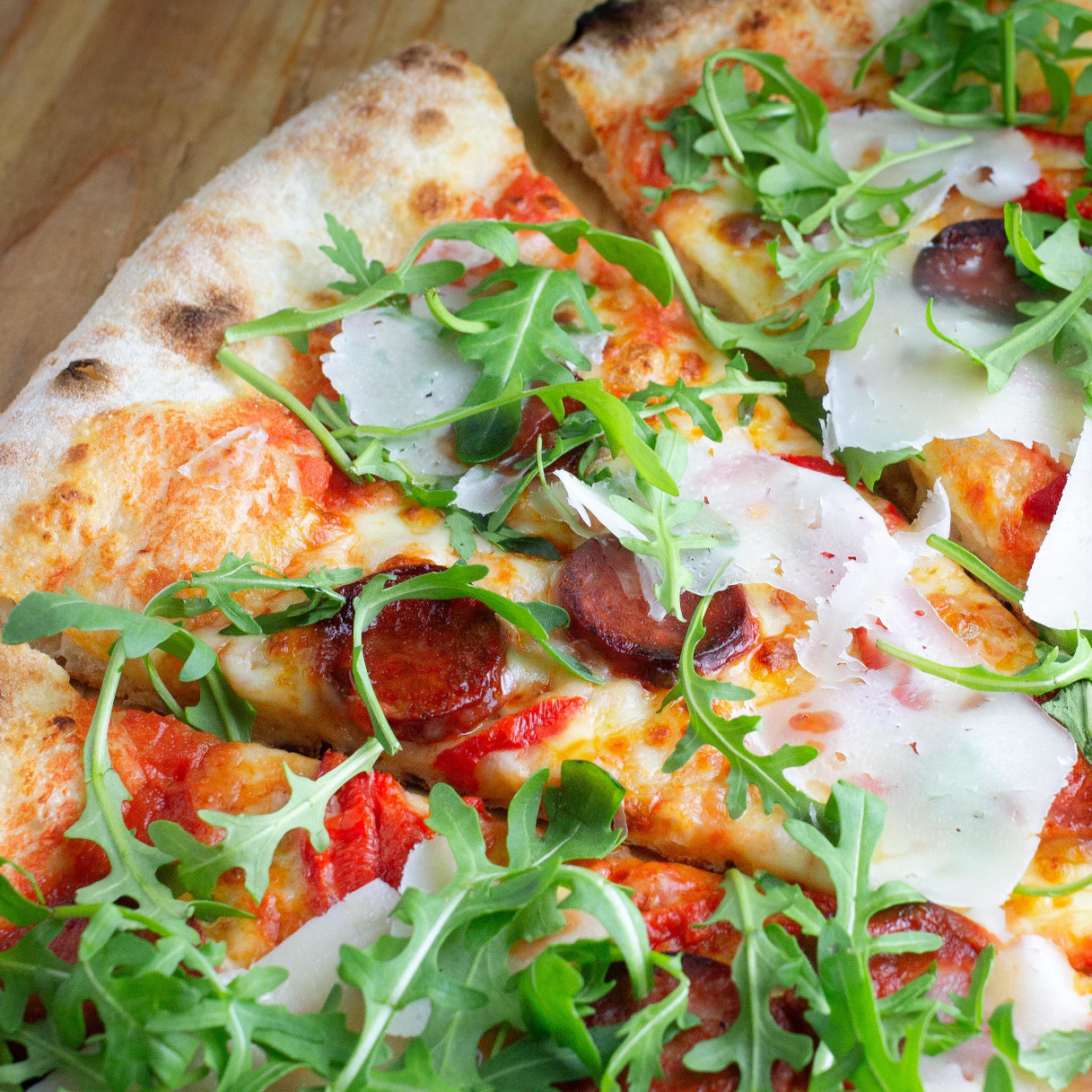 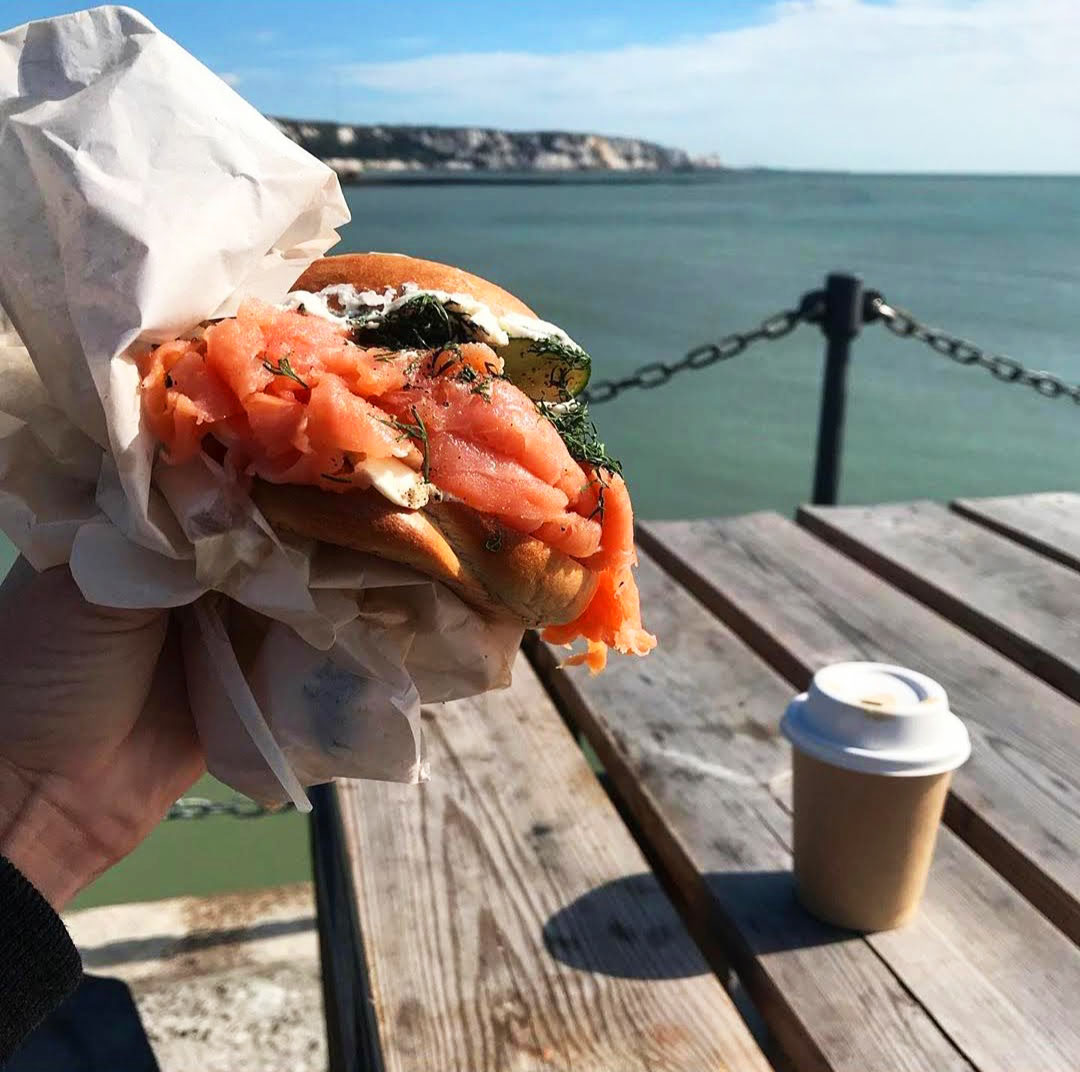 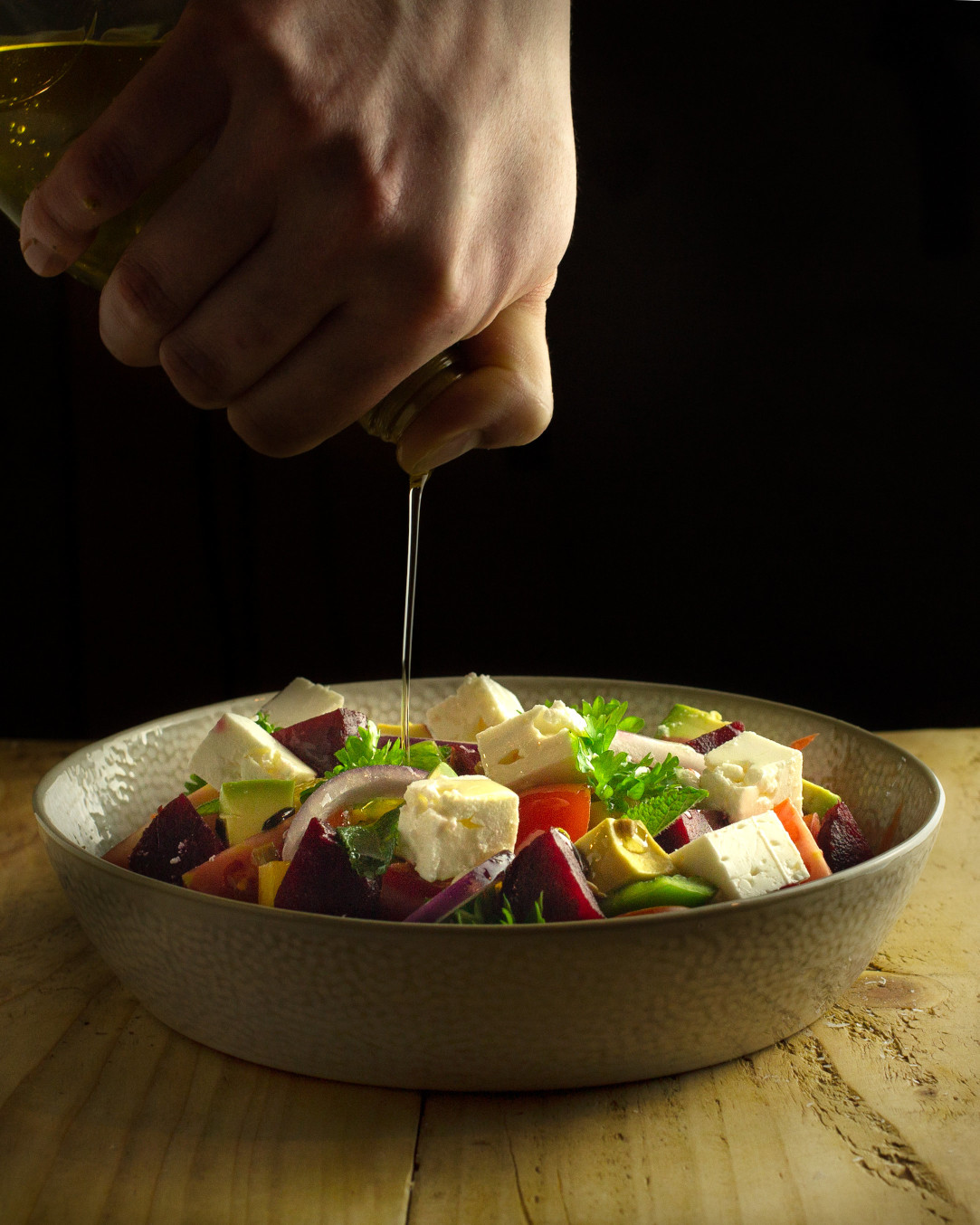 John and Alex Grantham are the powers behind Bobbies Bakehouse, The Taco Shed and Dinos Pizza on The Harbour Arm.  Bobbies serves out of the Signal Box at Folkestone Harbour Station.  A ‘Bobbie’ is the nickname given to the signalmen who work on the trains.  Since opening in 2018, the team have grown to offer a variety of totally different food on the Arm including the handmade Tacos in The Goods Yard, and Dinos serving New York style pizza on the Arm itself.  Folkelife wanted to explore how talented chefs have a venue like the Harbour Arm to innovate and offer so many different styles of food.

starting out in the bakehouse

“Originally we wanted to have a pizza van,” John starts off as we squash into the galley kitchen underneath the Signal Box, “We bought an old ambulance and started to kit it out.  Then we saw the advert for a food place at the Signal Box and started to change our idea.”

The Harbour Arm was advertising for a new food operation.  They would be based in the renovated Signal Box at the entrance to the Harbour Station.  The Harbour Arm were looking for something different to what was already available on the Arm.  Alex and John, who both have catering backgrounds, came down for a nosy around.

“We looked at this place and thought it definitely has to be a cake place!” Alex leans in.  Her expertise is canapes and yet is really looking forward to working front of house.  John specialises in pastry having been Head Pastry Chef at Barclays Bank, and then before that at The Gherkin in London.

Since opening up in 2018, Bobbies has become known for its freshly baked bagels. “Everyone wants salt beef or smoked salmon on a bagel so that menu option is always on the list.  We have other toppings too so if you fancy something different do explore the menu!” 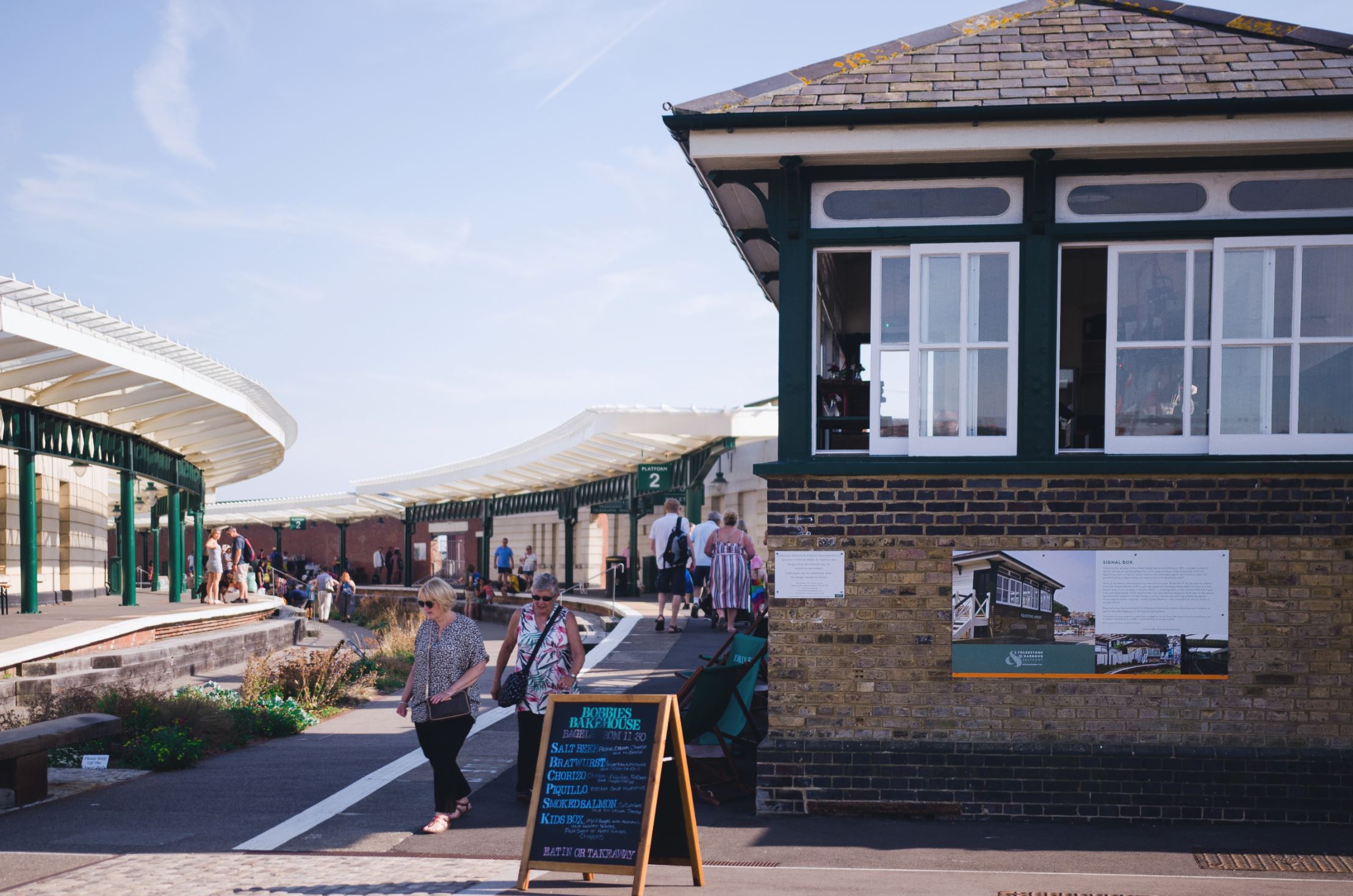 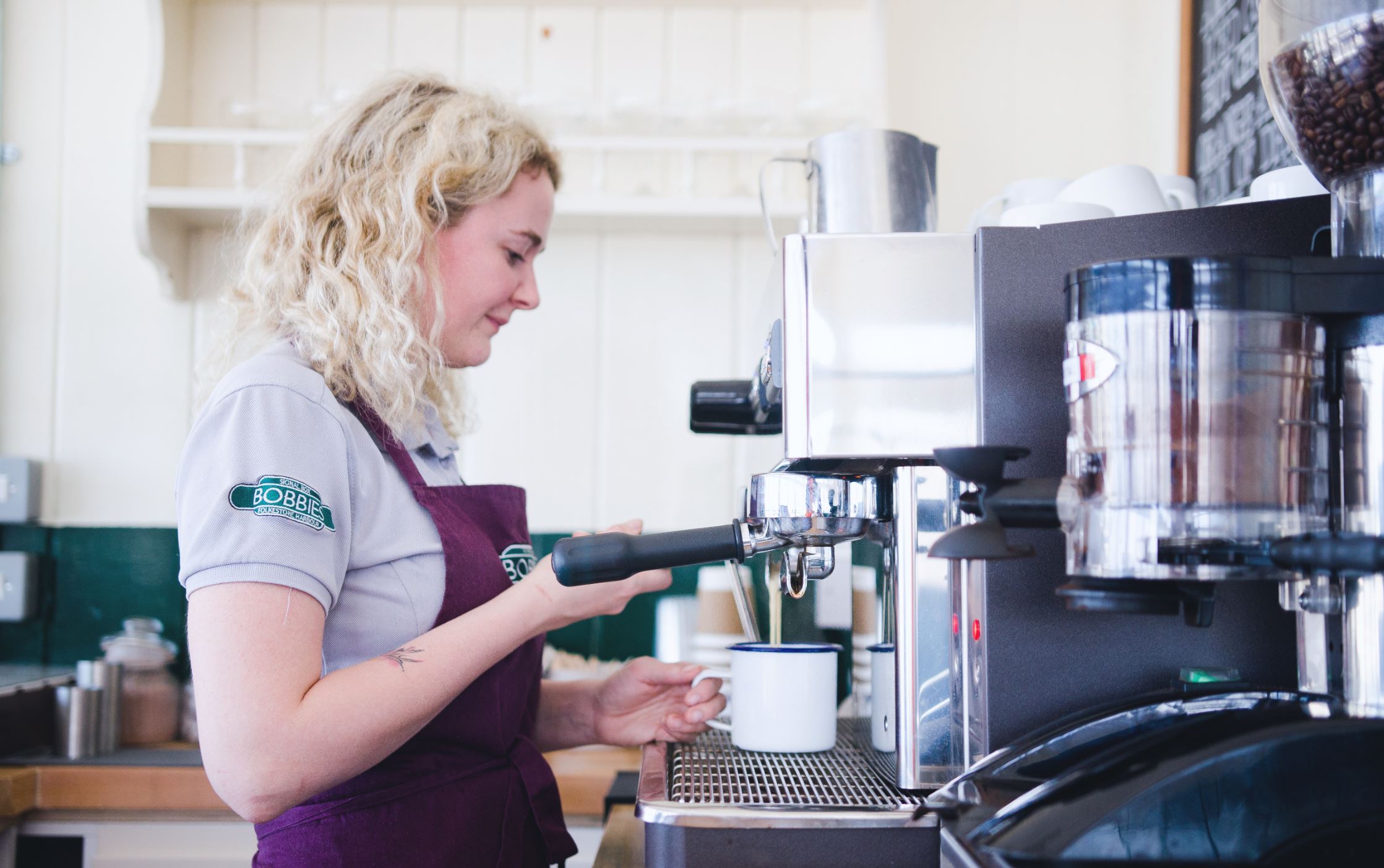 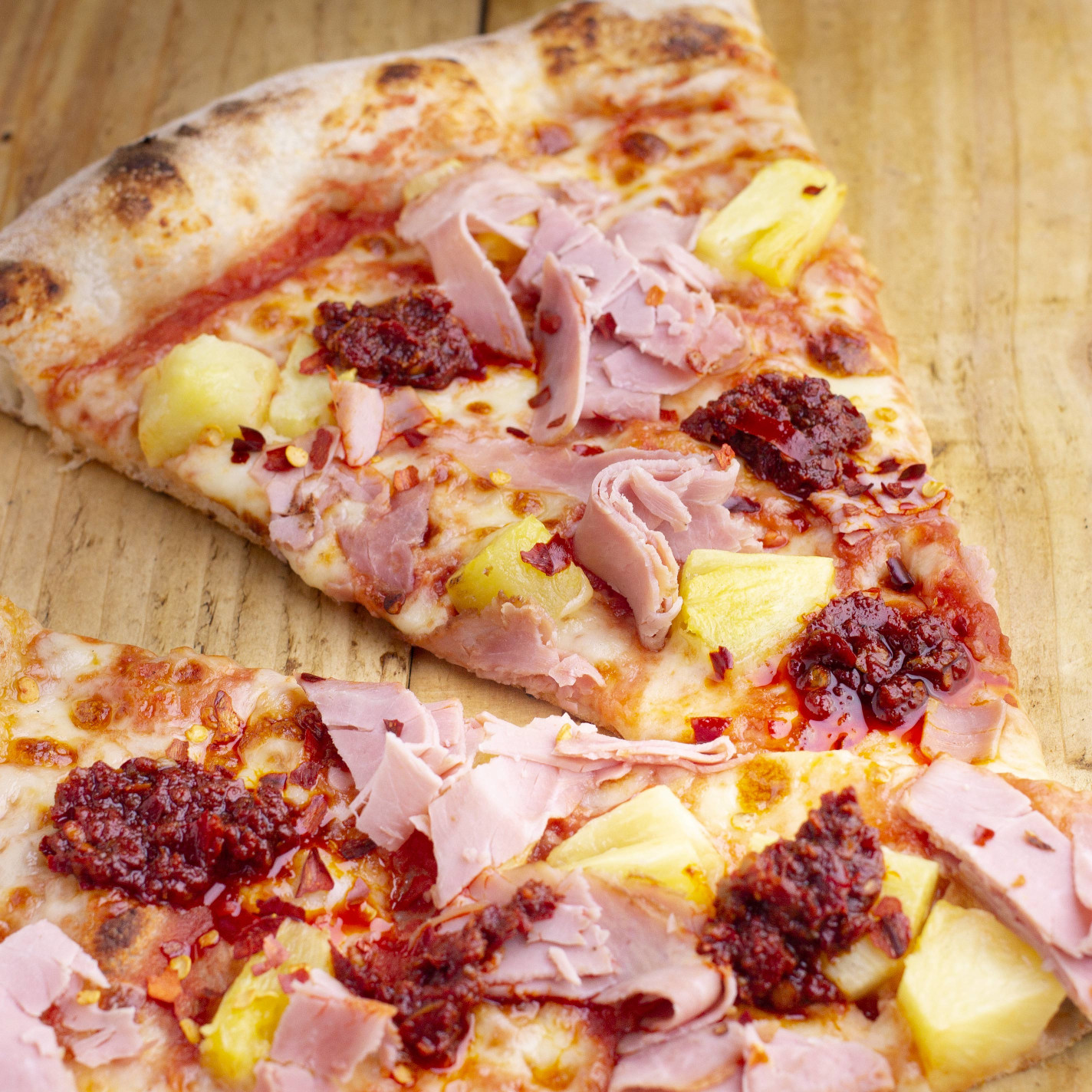 “We have always wanted to do pizza, but now we’re in a position to have a venue rather than run it from a converted ambulance.  New York style pizza is great to eat in a restaurant setting, which is what we have here on the Arm at Dinos in the corridor.  But, it’s also great to have as a takeaway; you don’t know how people will feel about sitting down in a restaurant setting, so offering a takeaway that you can eat on the beach, if that suits you.” Alex talks realistically as to how they’ve had to adapt during Covid-19.

“There are different sorts of pizza,” explains John. “Neopolitan bases are cooked really quickly, at a really high temperature such as 460 to 500 degrees.  That heat gives the tall, crispy base but if you were to hold up a slice it would flop.  New York style bases are made with a slightly different dough recipe and cooked at a lower heat and for longer.  It means the base is firmer and can hold its own if you’re going to eat it without a plate, which suits the takeaway option!”

“We’d be daft not to offer a pepperoni.  In the Summer of 2020 we did a few guest sessions at Space in Folkestone and played around with different toppings.  There was a pistachio pesto with mortadella and the truffle oil and mushrooms one was very popular.”  Alex adds: “That was amazing that topping, it was totally vegan and instead of a tomato base it had a mushroom sauce base with lots of truffle oil and wild mushrooms on top. We’d be daft not to serve that!”

John continues: “Another popular topping used Sungold tomatoes which are orange cherry tomatoes, so I made a sauce with that and used smoked mozzarella and Nduja which is a spicy pork sausage… The good thing is that we can have the usuals such as pepperoni and margherita but we’ve got the space to experiment with some really tasty toppings.  It’s New York street food, ready to take away as soon as you order it.  You won’t be waiting for 15 minutes for the pizza to be cooked.  It will all be ready for you to grab and go!”

“We’ve been living in Folkestone since 2016. Alex is from London and always wanted to live by the sea.  It was either Cornwall or here,”  Says John.  “I’ve compromised!” Chimes Alex!  “My mum and sister Laura, who’s an art teacher, have moved down here” John continues, “And we came to visit about 5 years ago and just thought, yes, we like this place.”

“Everyone is so friendly here, and so supportive.  We’ve had loads of people support us over the time we’ve been here.” Alex beams.

Working on the Harbour Arm is a great place to be, Alex explains: “The traders have lots of ideas, and the Goods Yard came from one of them.  They wanted to offer different types of street food in one area so people could go from one place to the next trying different offerings.  The Harbour team asked us if we wanted to be involved.  John’s been wanting to make tacos for a while now so that’s what we suggested.

“Our tacos offering is quite simple: tacos and margaritas.  John makes the tacos from hand-ground corn.” John joins in, “It took ages to find a supplier; we get the corn from Mexico and then cook it and grind it ourselves.  I started off with a hand grinder which was horrendous when grinding kilos of corn!  But I’ve now got a grinder which has a basalt lava rock which grinds the corn into the flour and that’s rather exciting!”

“He likes to do things properly!” Laughs Alex pointing at John.

“What’s great about the Harbour Arm is there are so many different ways you can use the space.  People can come for the Big Screen, or along to the Marketplace, or just walk through from one side to the other.  We love being on the Arm, and to be offering such different styles of food across the setting is really exciting for us.  We’re growing, and have plenty of ideas for what we want to do next…!” 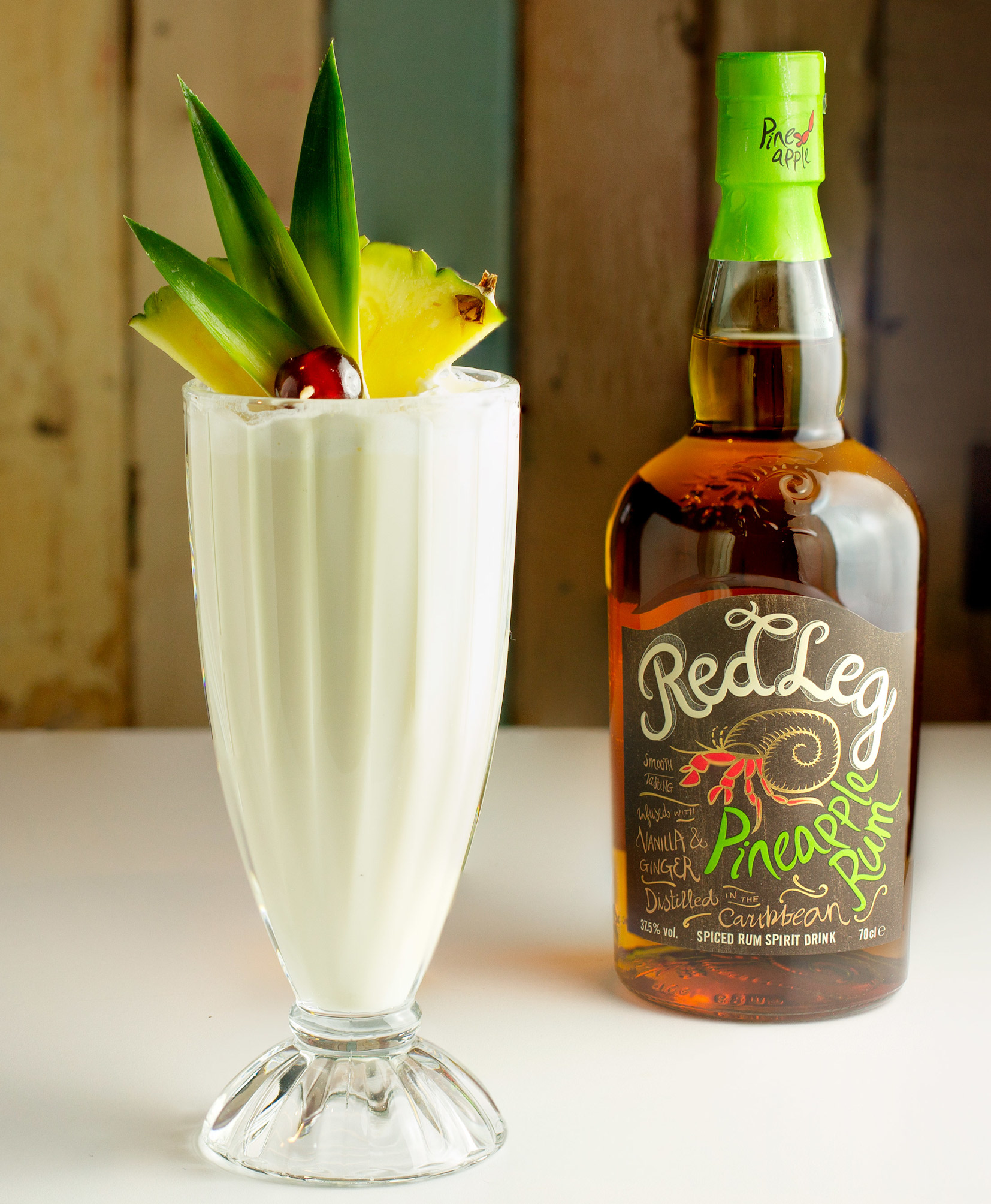 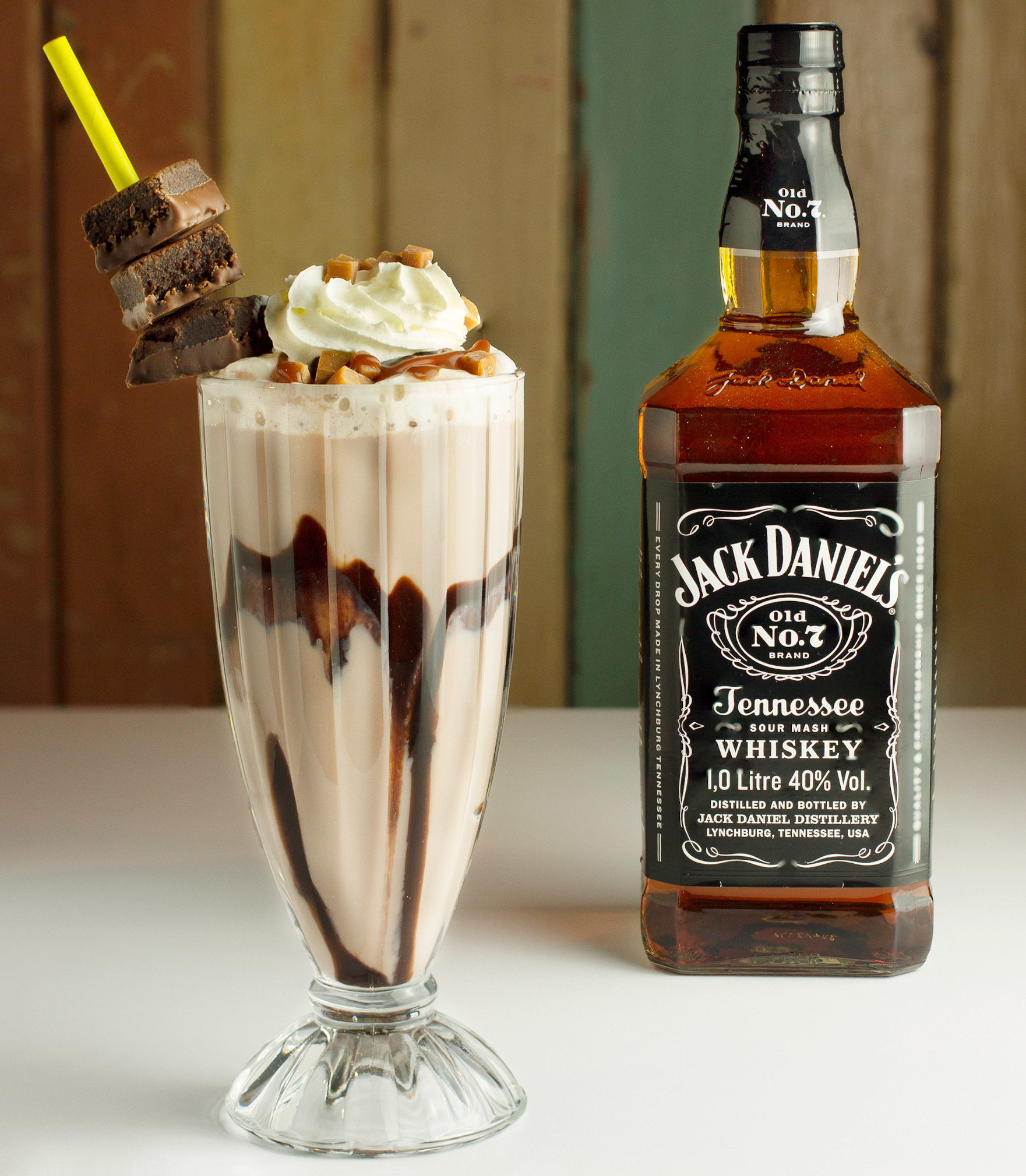