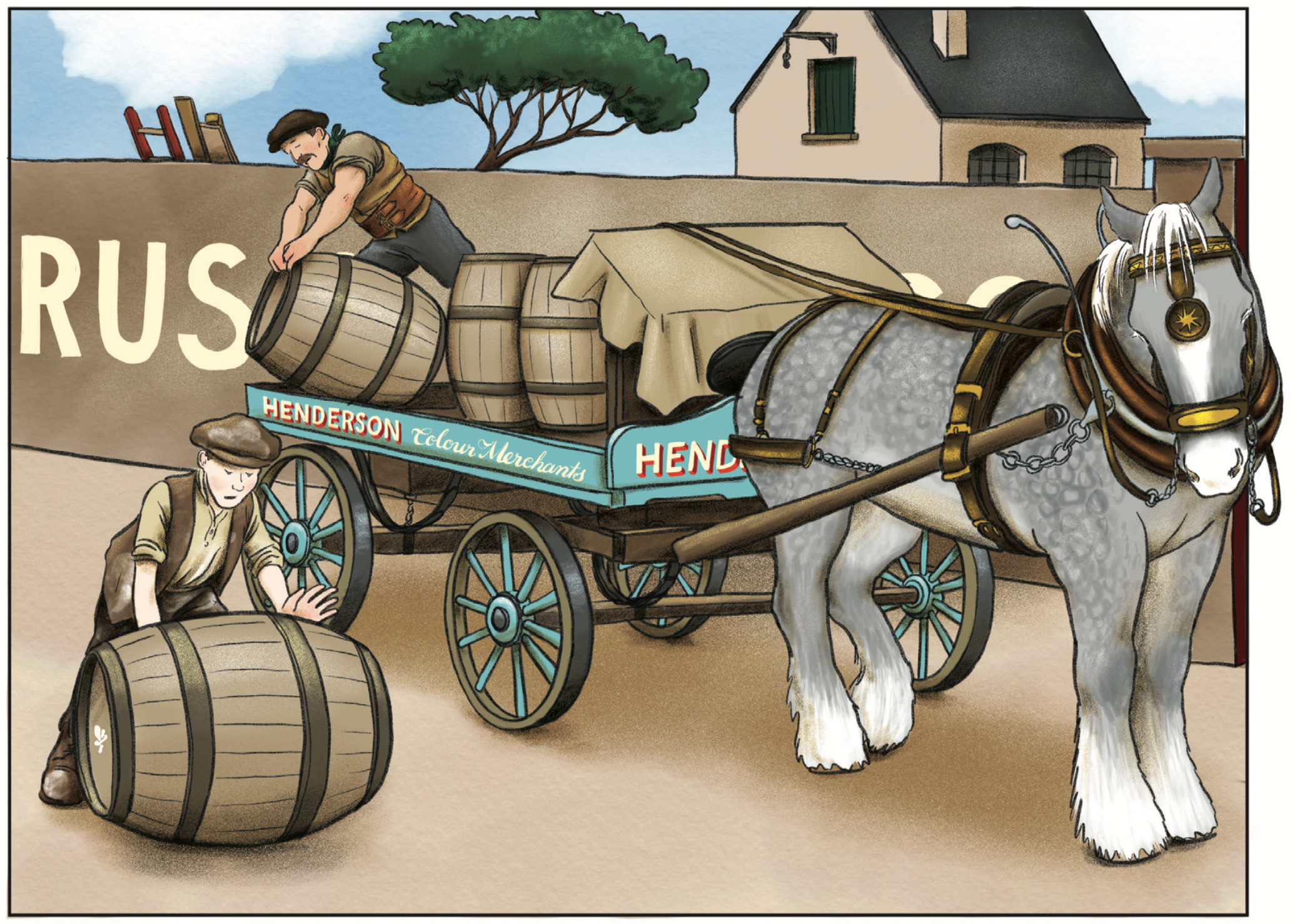 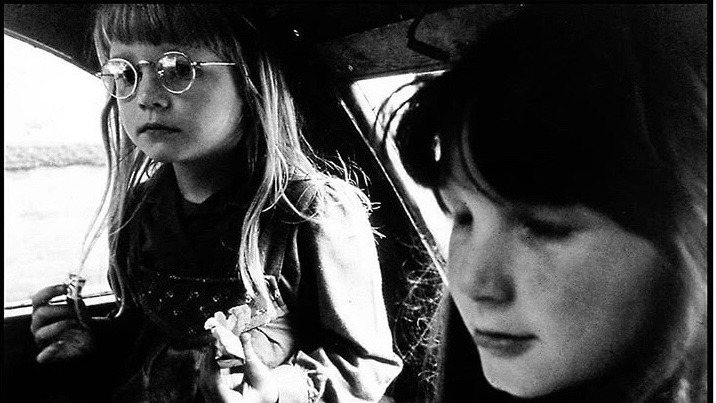 The Rickard Sisters – A creative family

The Rickard Sisters are the author and illustrator team of such best-selling books as The Ragged Trousered Philanthropist. They have been connected to Folkestone for over 20 years.  Scarlett and her dad Simon used to publish The Quarter, a magazine focusing on the creative people and businesses in Folkestone in the early 2000s.  Scarlett is a graphic designer, and her illustrations adorn the Folkestone Living Advent Calendar, Strange Cargo and shop signs around the town.  Sophie is a writer; a teller of stories.  Folkelife met the two sisters to find out how they started working together.

Scarlett: “I moved to Folkestone when I was about 19, 20 years old.  I never meant to stay long but after 5 minutes I met my husband and so I’ve never left!”

Sophie: “We grew up in Lancashire, and our parents divorced and Dad moved down to Kent.  We used to spend the holidays with him by the sea in Folkestone and Hythe.  I’ve lived around the world and am now based in Cheshire.”

Scarlett : “With Sophie moving around the world we didn’t see each other much for a period of time. Then I got ill with a chronic hereditary disease called Ehlers Danlos Syndrome.  We didn’t know what it was at first, and I spent time staying with our mum when I was quite ill.  I’d been working on a project with Strange Cargo called ‘Other People’s Photographs‘.  It’s a project I was really proud of being a part of.  But, trying to rest, I can vividly remember lying on a long seat in the pub that Sophie was running at the time.  It was then that Sophie and I started work on our first book.  I draw.  I love drawing, I was exhausted but just needed to draw something so kept asking Sophie “What should I draw?  Tell me what to draw!”  And Sophie started telling me this story.  I’ve always loved Sophie’s stories.”

Sophie: “This was the beginning of our first book ‘Mann’s Best Friend’.  We didn’t really take ourselves seriously and it took some time to complete.  Scarlett would draw it and then kept hassling me for the next installment.  But then I got really ill too.  We didn’t know then that we were both suffering the same illness as our symptoms are so different.” 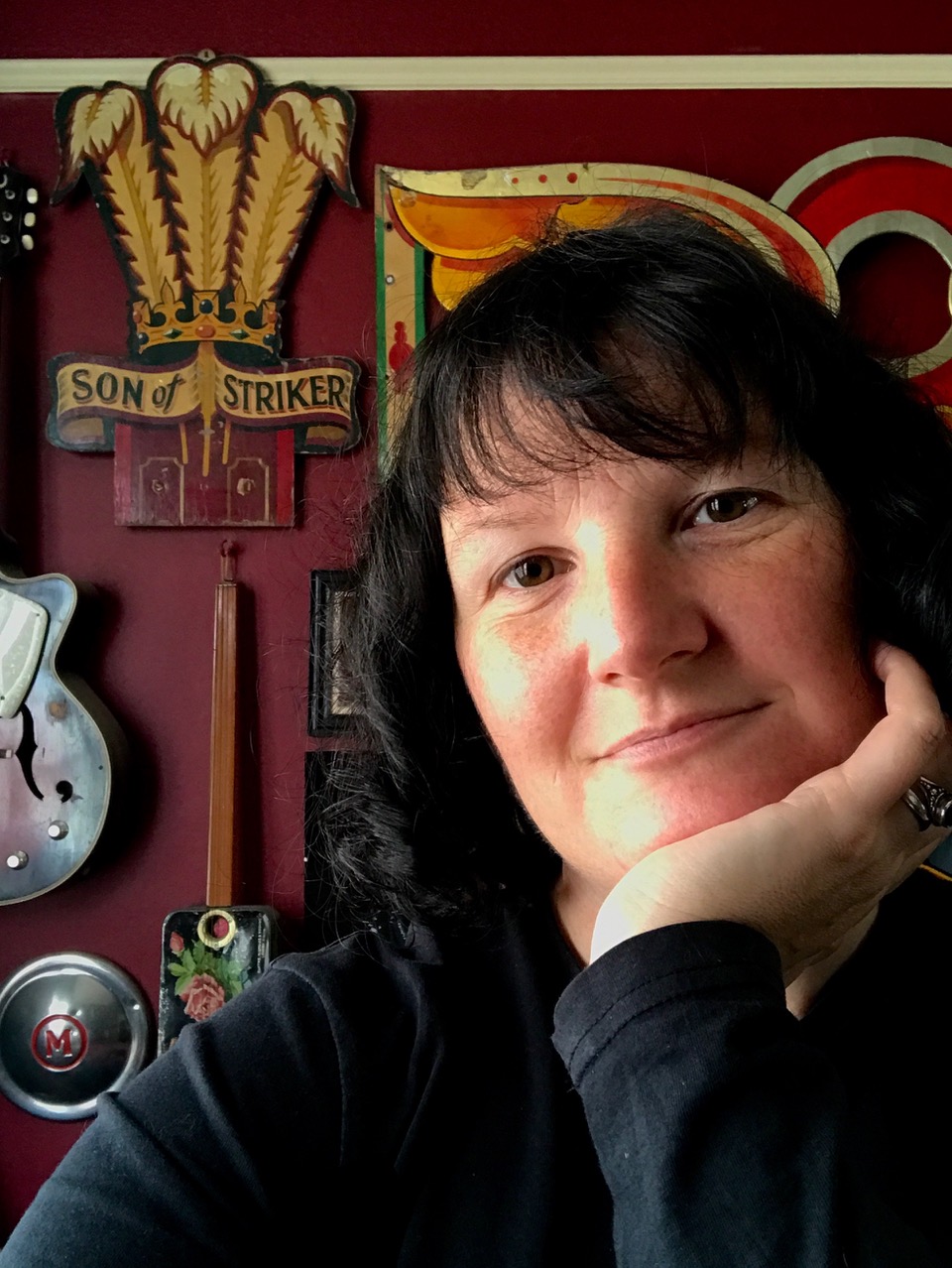 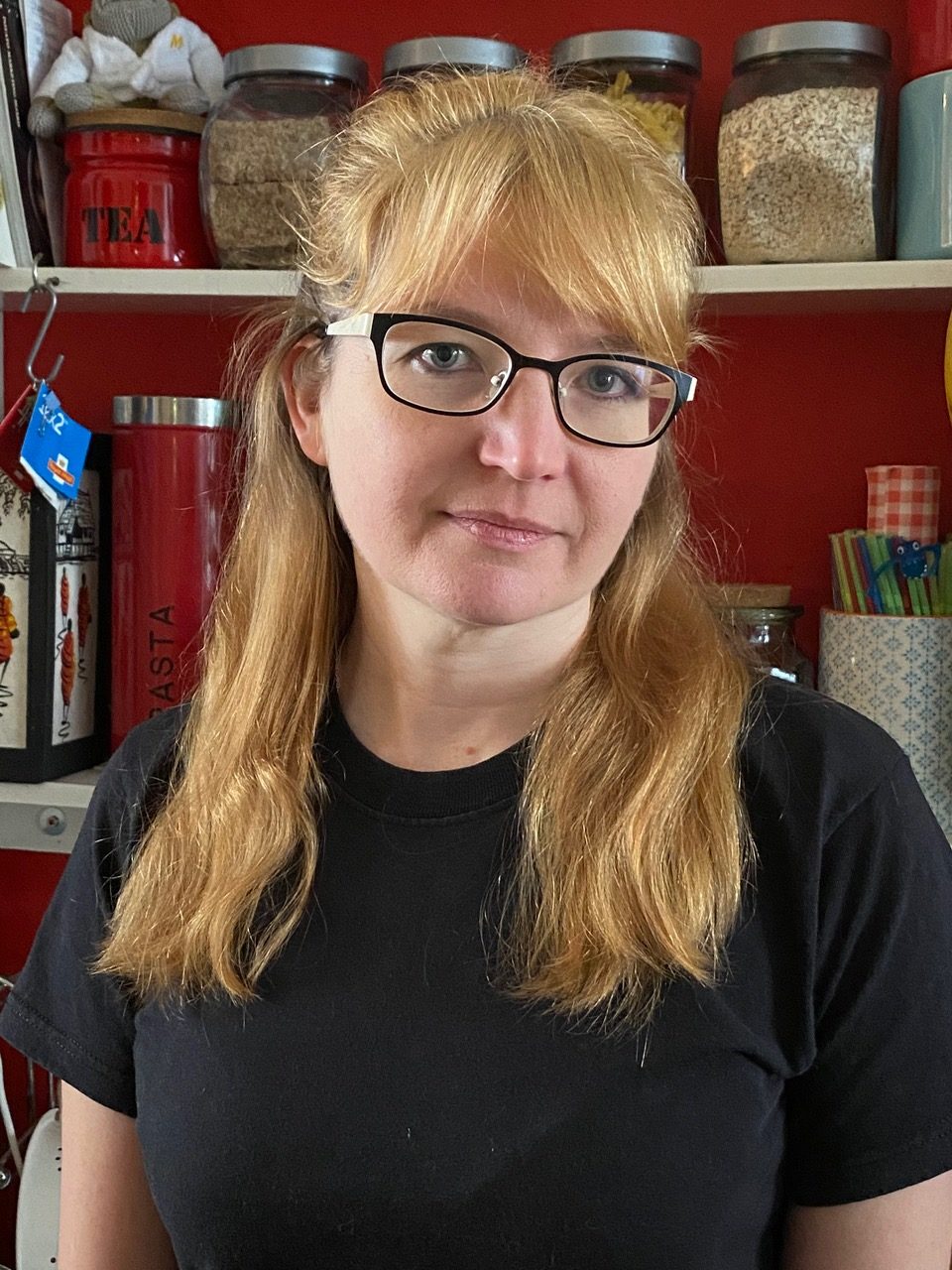 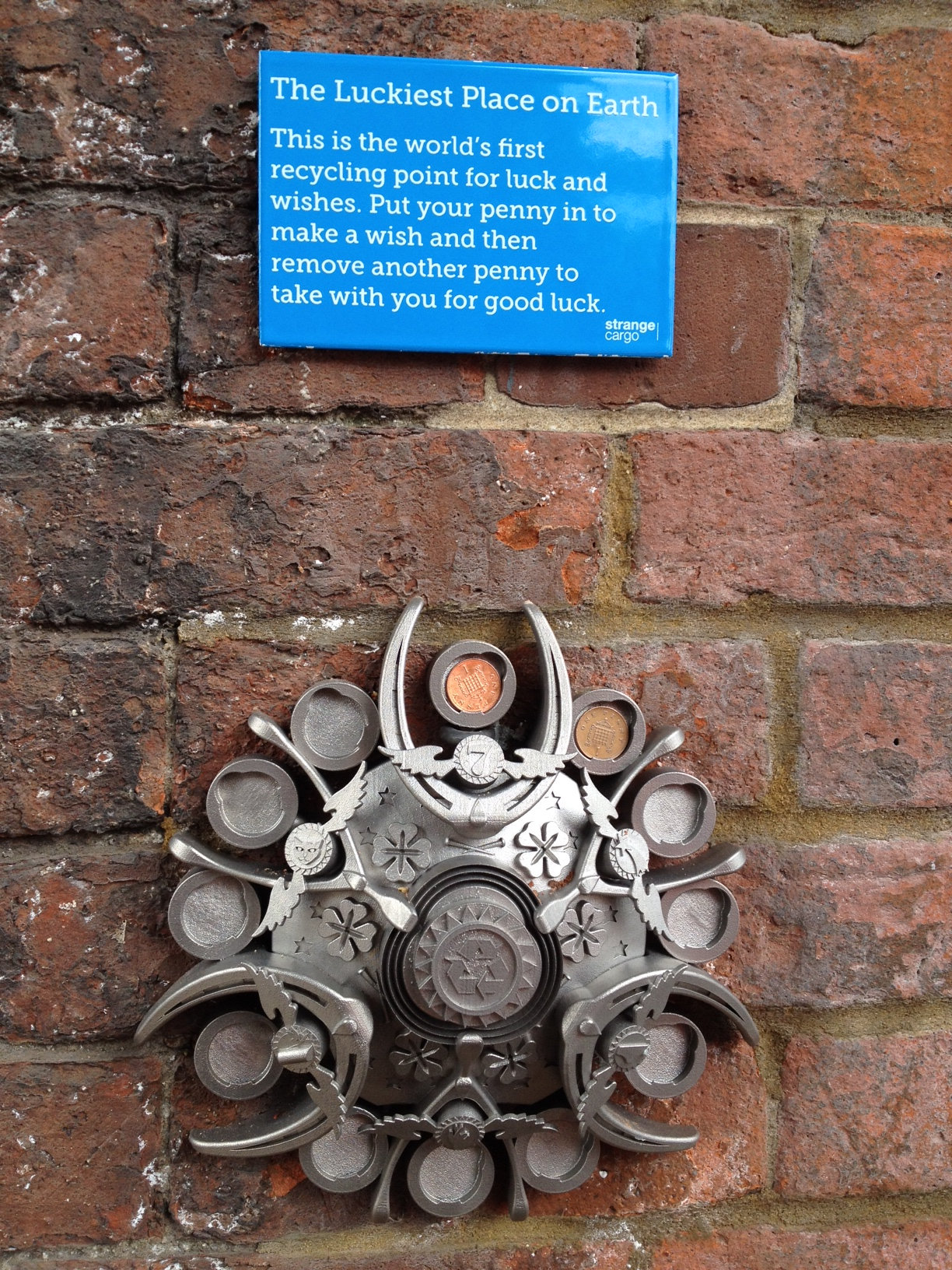 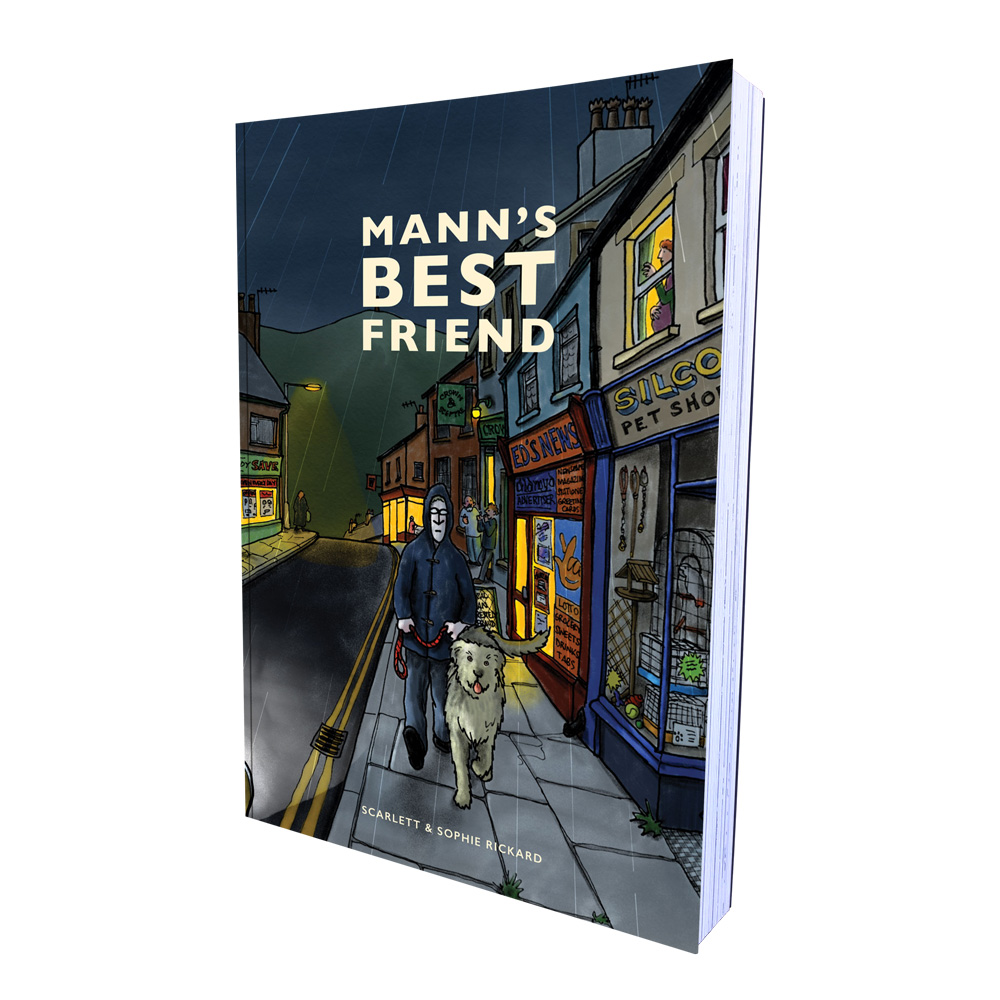 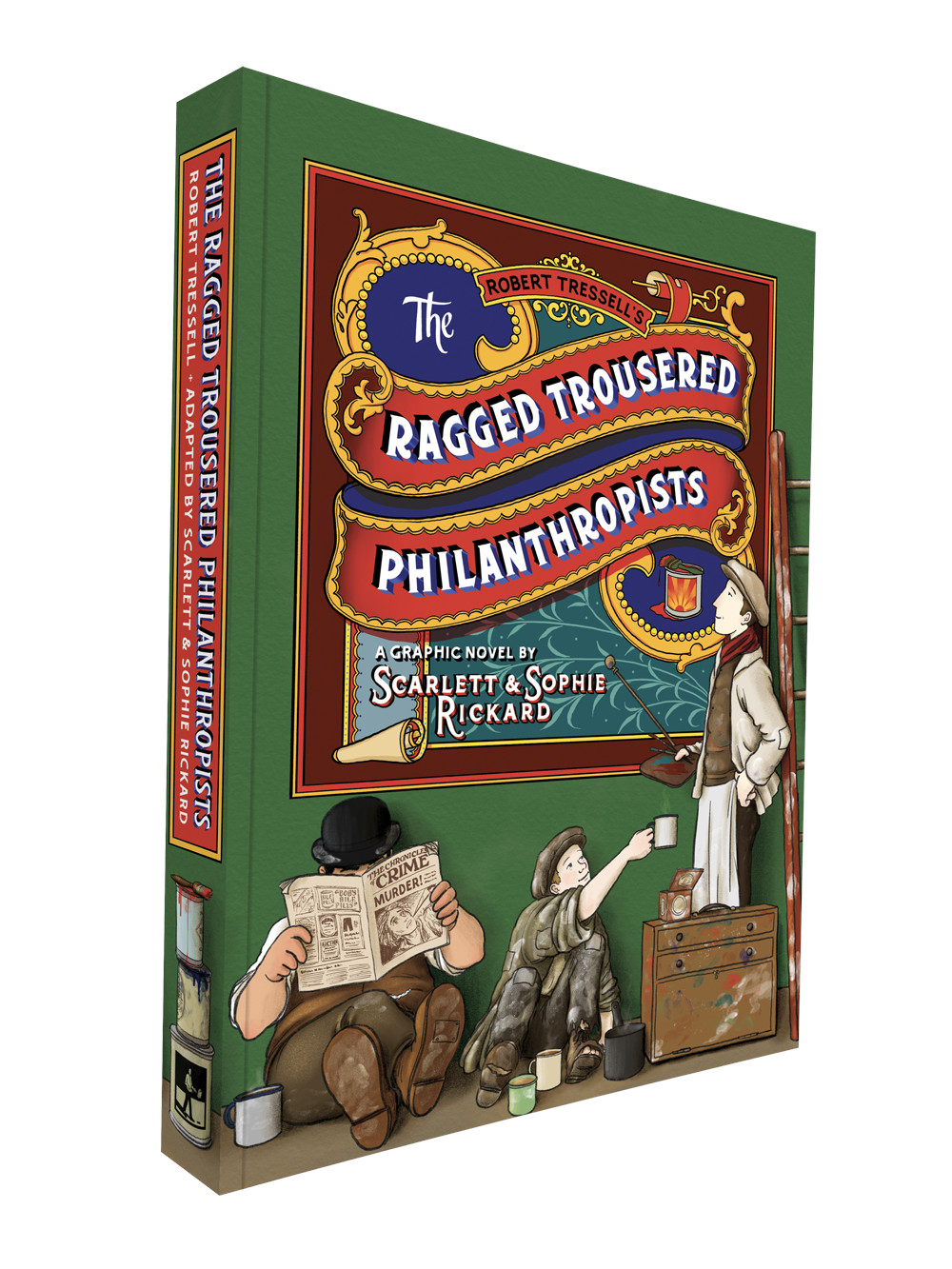 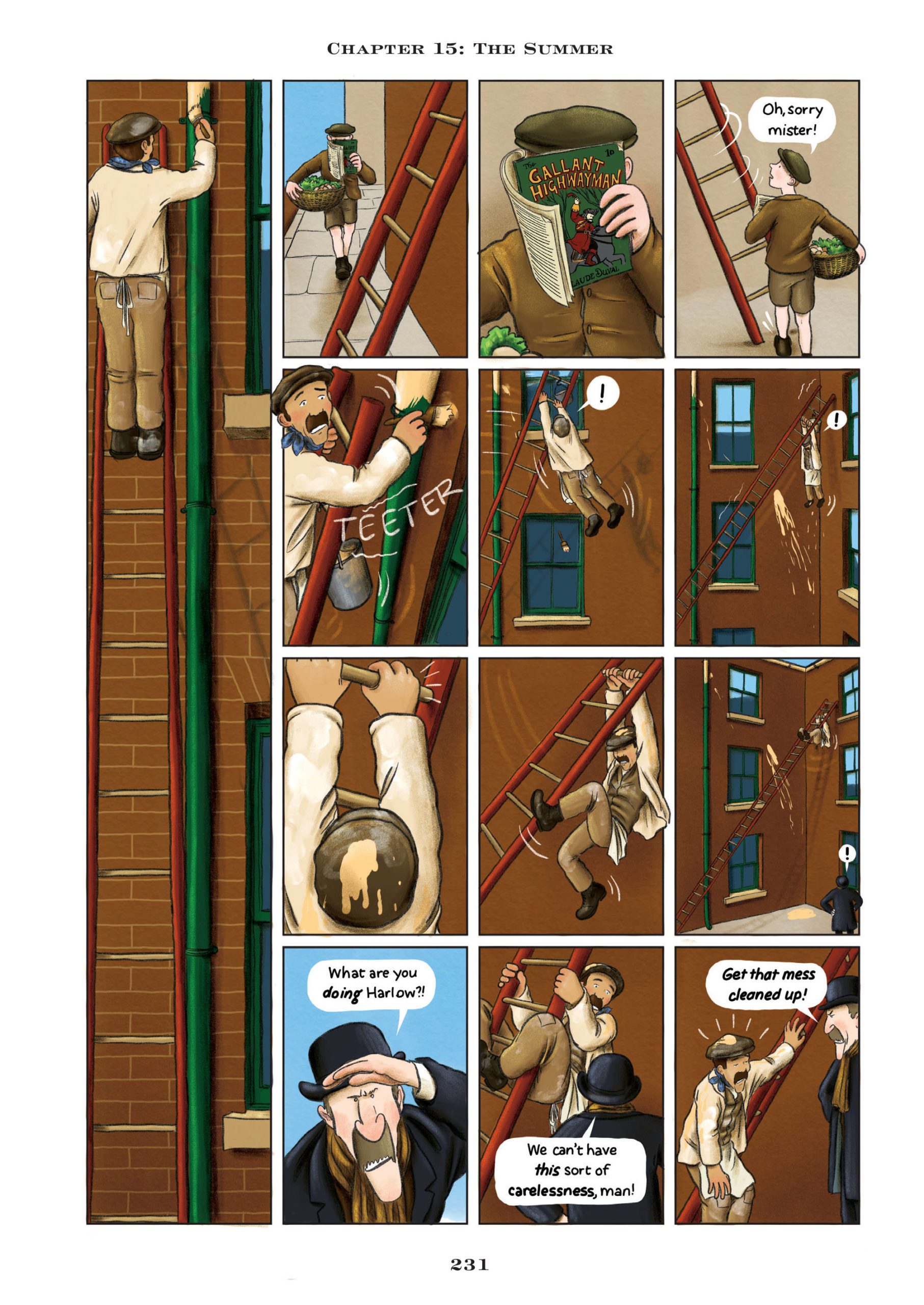 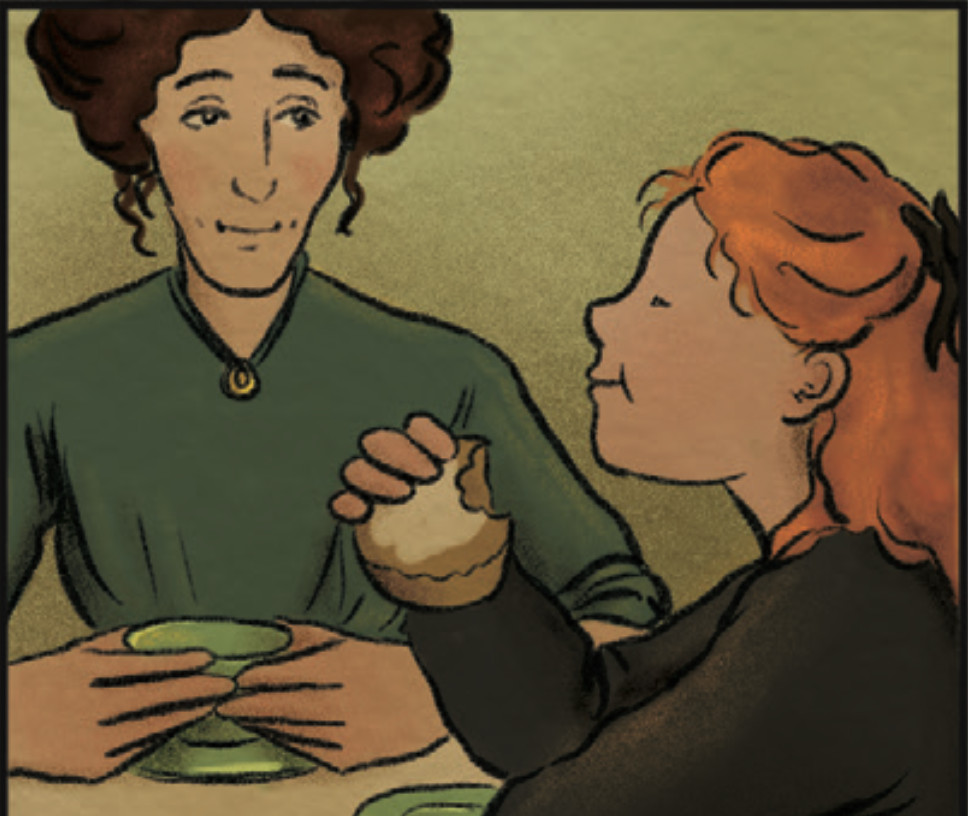 Sophie: “After the first book did so well, we though ‘we’re quite good at this!’ so started to think about other books we could do.  The Ragged Trousered Philanthropists really lends itself to being translated to a graphic novel.  It’s huge!  And a lot of the descriptions are things that can be put into pictures.  Scarlett has really lifted a lot of the mental images into the pages of our book.”

Scarlett: “The original book was set around 1911, and is a semi-autobiographical story of a sign-writer – which is what I do! – called Robert Noonan.  He’s trying to find work and stay out of the workhouse.  It was republished in 1955 and really struck a cord with people then, so much so it’s been hailed as a really significant political book.  George Orwell said it’s a book that everyone should read.”

Sophie: “And even today, it speaks volumes about the huge differences we have in society. They talk about free school meals… It is as relevant today as it was when it was first published.”

How long does it take?

Sophie: “Mann’s Best Friend took us a while, but our second book didn’t take as long and we thought that we could do a book a year.  Publishing doesn’t work like that though and Trousers has taken much longer.  The original text is 255,000 words long.  The script I worked from was 30,000 words and we had to take it down from there.  Now, the only text you read is dialogue, but the story is still there.”

Scarlett: “We took the book to Self Made Hero who are specialist publishers for graphic novels.  They’ve made their name with Manga Shakespeare which is a brilliant teaching and revision tool for teenagers. Shakespeare isn’t always easy to engage with and here you have the action in the pictures.”

Sophie: “They gave us an amazing gift of an editor who we’ve got on really well with. He’s a comic giant, the sort of person you’ve heard of if you’re into Batman and stuff, which we’re not!  David Hine writes for the big boys like Judge Dredd but he also creates his own original graphic novels.  He taught us a lot of comic art and craft as we don’t have that sort of background.”

where work is fun

Sophie: “You can tell when you look at our work that we’re actually, actively, trying to make each other laugh.  The way it works is I basically make a film script and then we sit down together – at a distance –  and rough out what’s going to go on each page.  And then when Scarlett gets to actually drawing the detail, she’ll draw a page, colour it in and send it to me.  There is always stuff on there that I’m not expecting.  And it’s that kind of thing that makes the books feel so rich in detail.  People’s expressions are fantastic.  Because I know Scarlett so well, I can write on the script something like ‘Terry is horrified’ and leave it up to her how she chooses to draw it.”

Scarlett: “We really like working like that but it turns out, after meeting actual comic artists, and graphic novelists, that this is not very common.  What normally happens is the writer will describe the panel in detail.  ‘On this page there are 8 panels and top left will be looking from this view, and we will see that… “

Sophie: “I wouldn’t dream of doing that!  Last night we were discussing a character for our next book.  I’ve got an idea of what she looks like and I’ll tell Scarlett that, and the sorts of things that are going to happen to this character so that Scarlett can start to picture her evolution.  I’ll say what we need to feel when we first see the character but then I leave it up to her.”

Scarlett: “As I start drawing the characters, and as things happen to them in the story, they start taking on their new identity, and become their own person. It’s weird how they take on their own personality, with their own thoughts and feelings.”

Sophie: “Knowing the book so well, and the characters, there were people that I really didn’t like.  But, as Scarlett starts drawing them they become familiar and then there are things you start to like about them.  Instead of being 2 dimensional in a way, they become three-dimensional.  There’s something warm and affectionate about Scarlett’s drawings.  She’s been likened to Raymond Briggs.”

working with an hereditary disease

Scarlett: “Your journey to diagnosis of EDS is dependent on your circumstances.  I have a lot of digestive issues which Sophie doesn’t have, and I also have chronic pain.  Luckily, I can draw lying down, so I can still work even if the rest of my body from my jaw downwards is screaming at me.”

Sophie: “I have found that swimming really works for me.  It’s helped me build up a lot of strength in my muscles to help hold my joints together.  Lockdown sucks as the swimming pools are shut but writing graphic novels is the next best medicine.”

Scarlett: “I can still do some sign-writing, and Rennies Seaside Modern needs a freshen up.  Georges House at the top of The Old High Street was a difficult one to do as it’s glass and was very badly cracked.  My map of Folkestone’s Legends is up in Folkestone Central Station, and I designed the titanium recycling point for Strange Cargo for their Triennial 2014 piece “Luckiest Place On Earth”.  I also work with Jim Jam Arts and continue to work with Strange Cargo.” 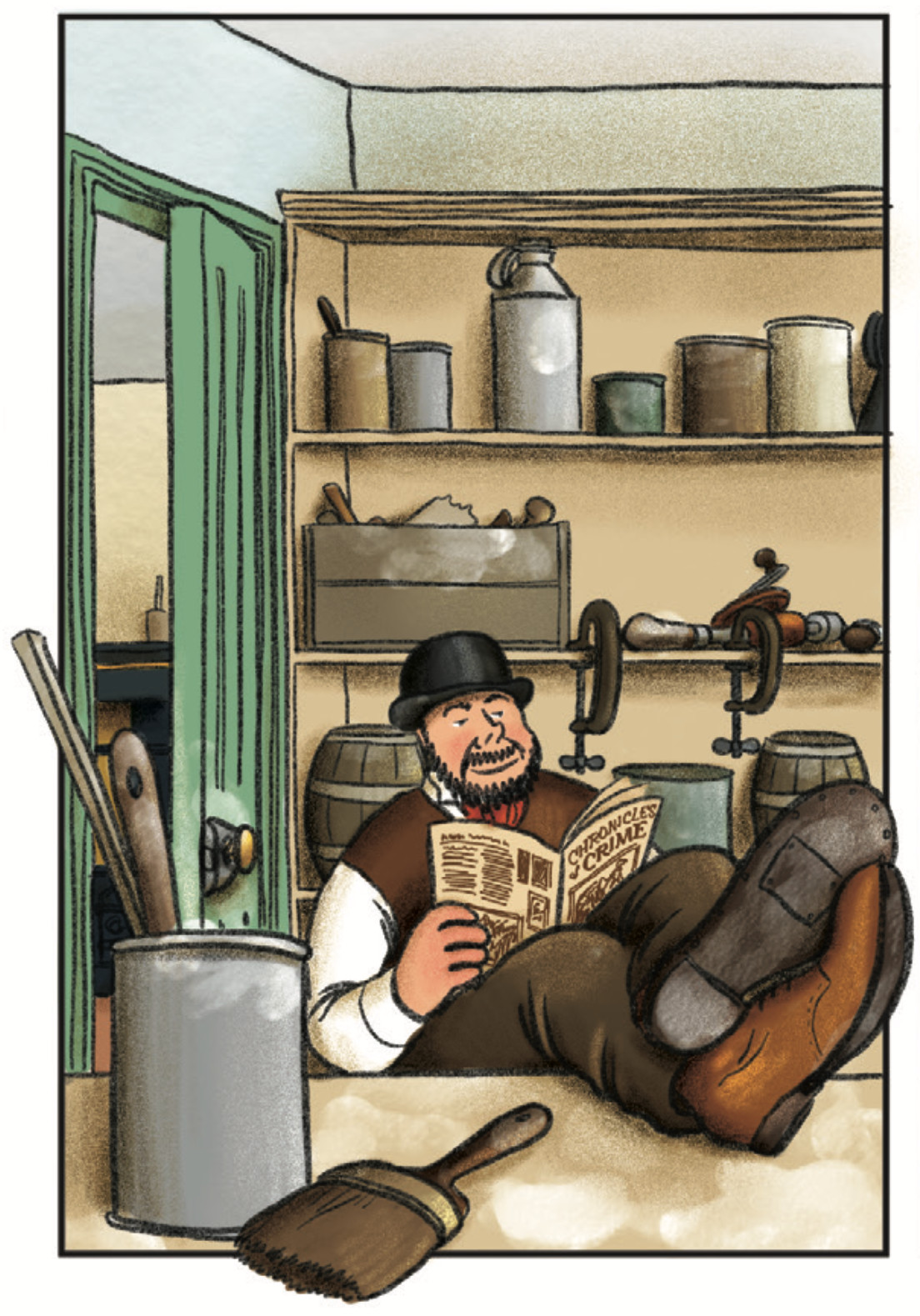 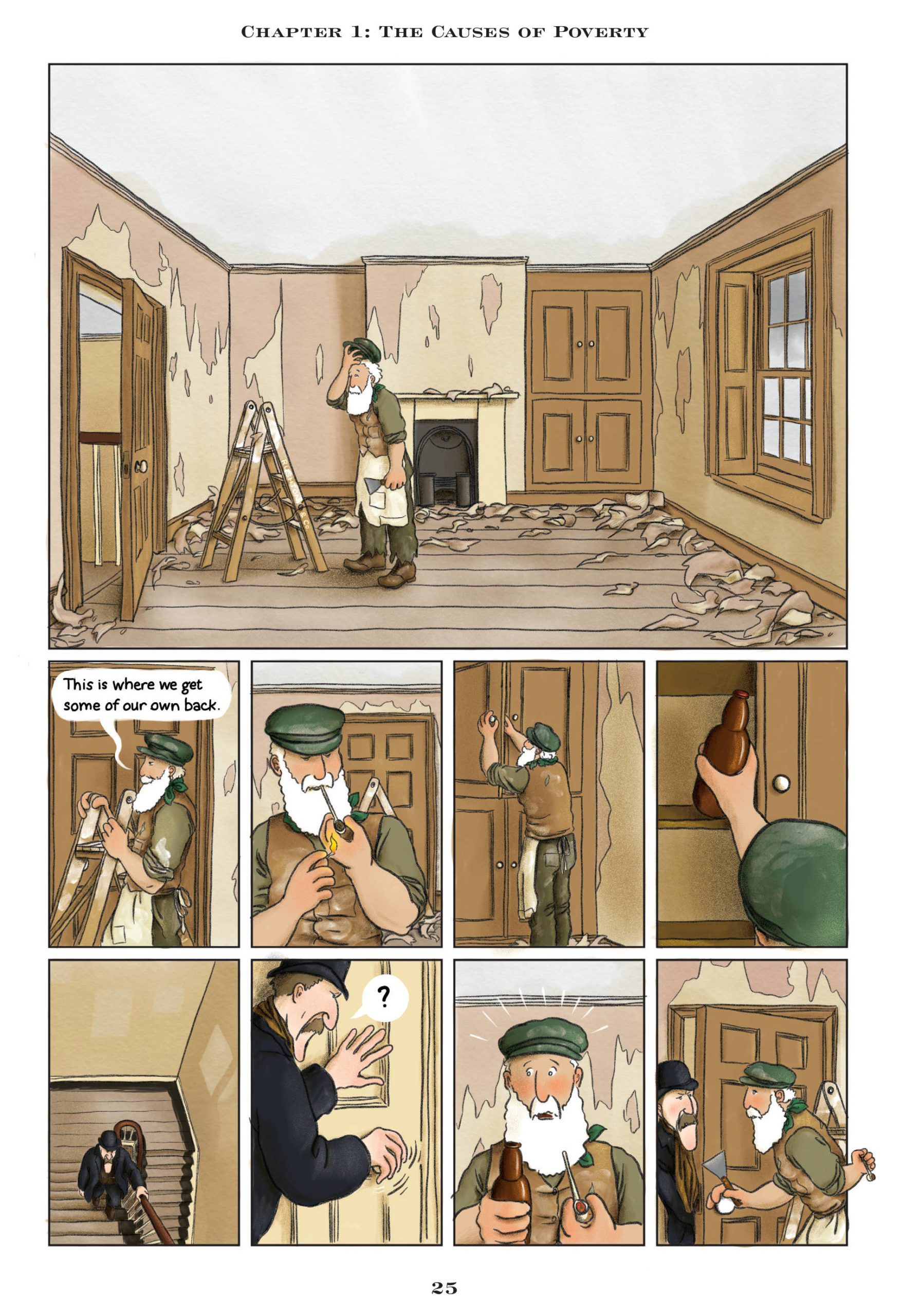 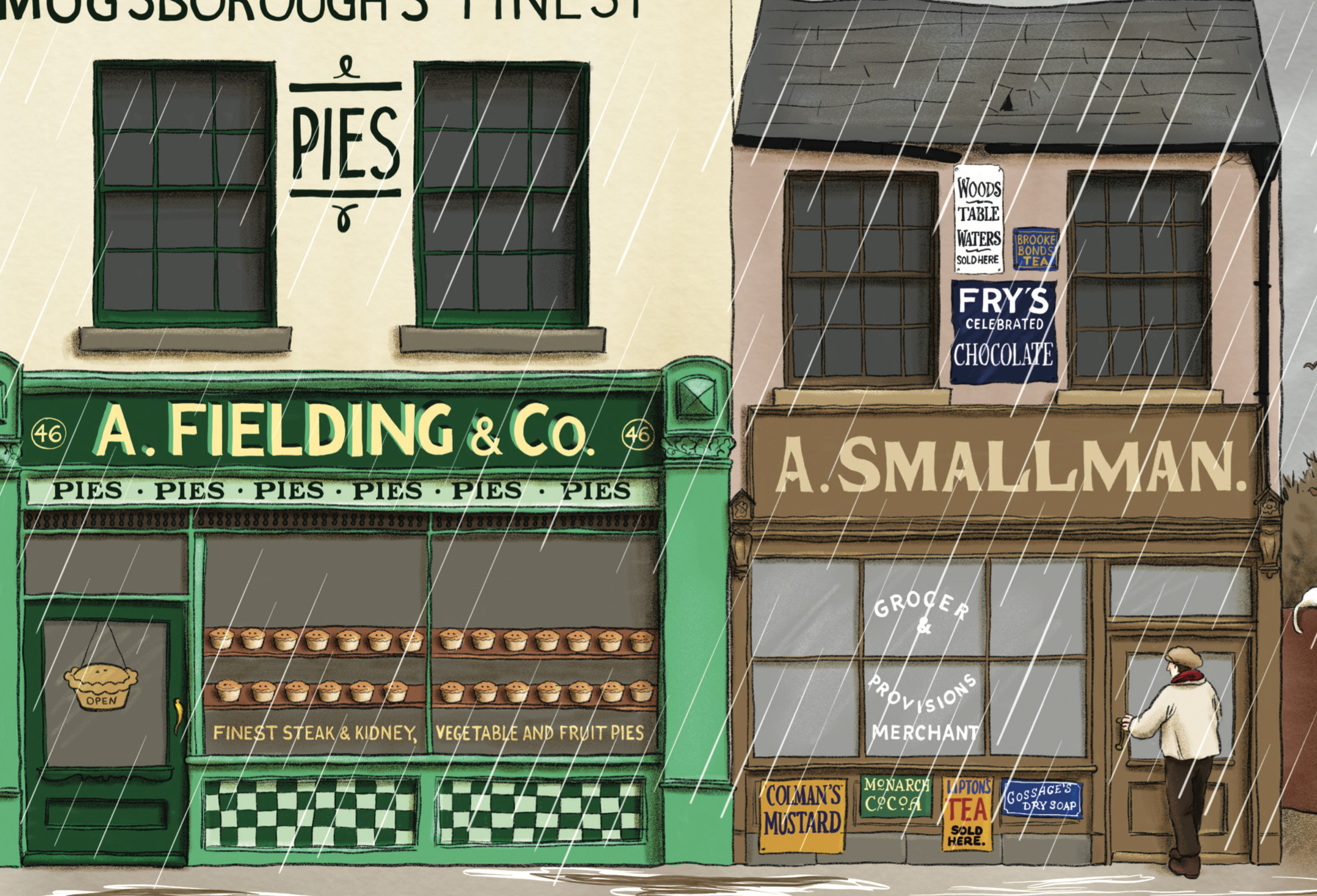 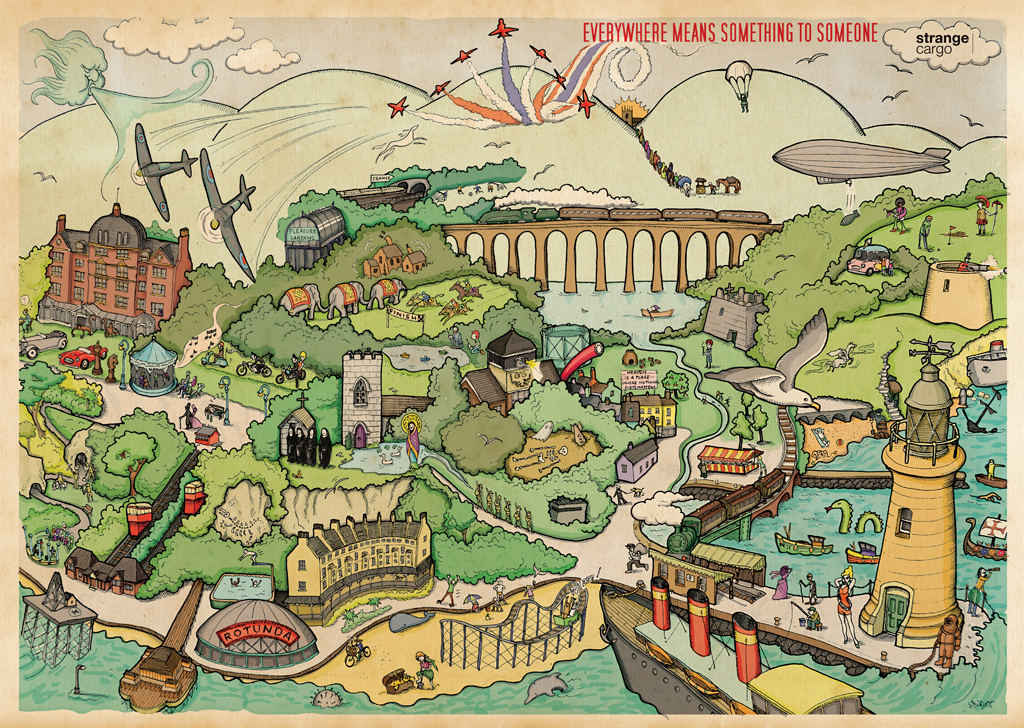