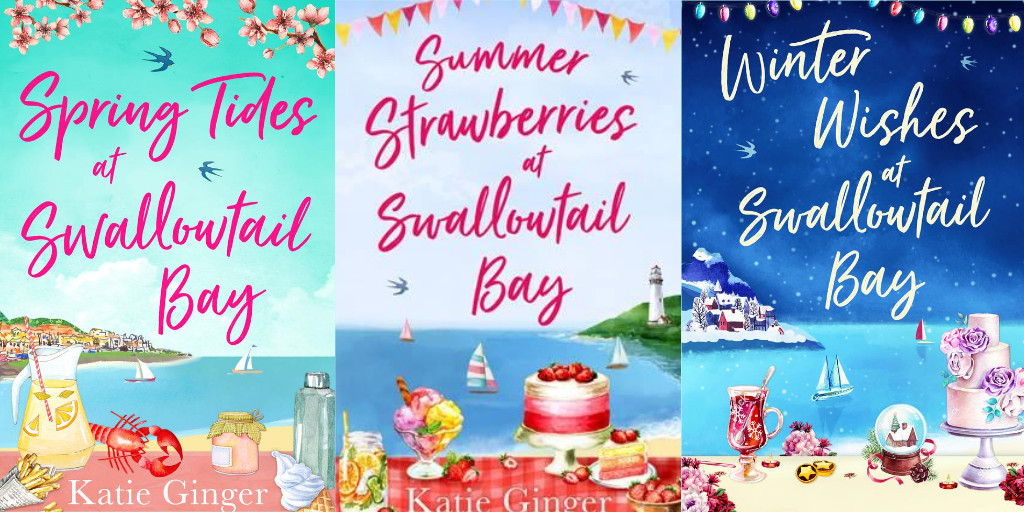 Katie Ginger writes books that make you feel warm and fuzzy, and that everything is right with the world.  The sales of romantic novels increased over 2020 with everyone searching for something good to read about.  Katie’s seaside series around the fictional Swallowtail Bay have hints of Folkestone about them, and are accompanied by lashings of hot chocolate.  Folkelife wanted to find out about her inspiration.

“I grew up in Deal, so always visited Folkestone with my parents.  We’d have days out at the Rotunda amusements, and go to the Sunday Market too.  My husband and I looked at moving from Deal around 6 years ago.  He needed the High Speed link for his work into London, and I need to be by the sea!  I’ve always used long walks on the beach as a way to de-stress or for time to clear my head so I didn’t want to give that up.  Coupled with the fact that Folkestone has some wonderful areas and great schools, it really fitted with what we needed.

“I love the Creative Quarter, and the Harbour Arm – and that was before the Harbour Arm was renovated.  They’ve done a fantastic job regenerating the town and we just love living by the sea.”

“When we moved to Folkestone I was still working in a museum, based at the Beaney in Canterbury.  What with funding cuts and what-have-you, things were changing in that industry and I thought it the right time to take redundancy.  I took the summer off and used some of that redundancy payment to go on a creative writing course with the London School of Journalism.  It was a great course in talking about structuring books and learning about what to consider when writing a book.  The autumn came along and I got a job at Dover Castle for two days a week and started writing for the other three.  I wrote my first book ‘Little Theatre On The Seafront’ which is based on a building in Deal.  It was called ‘The Royal’ and it’s all boarded up now, but it’s been a bingo hall and there are plans to make it into a cinema.  Anyway, I’d always looked at it and wondered about it, so created a story around it.”

“I finished the book, and started to send it out to publishers but it didn’t get taken up.  I got some really nice rejection letters with very good feedback, but the book didn’t get picked.  Then, I had the idea for the book that became ‘Snowflakes At Mistletoe Cottage’.  I’d got a rough draft written and then, randomly scrolling through Twitter one night, saw that Harper Collins were having a competition.  You could pitch your idea to them via Twitter and I thought I’ll give it a go.  I was sitting on the sofa with one child under each arm, watching something like ‘In The Night Garden’ or something!  Anyway, what had I got to lose?  So I pitched my idea.” 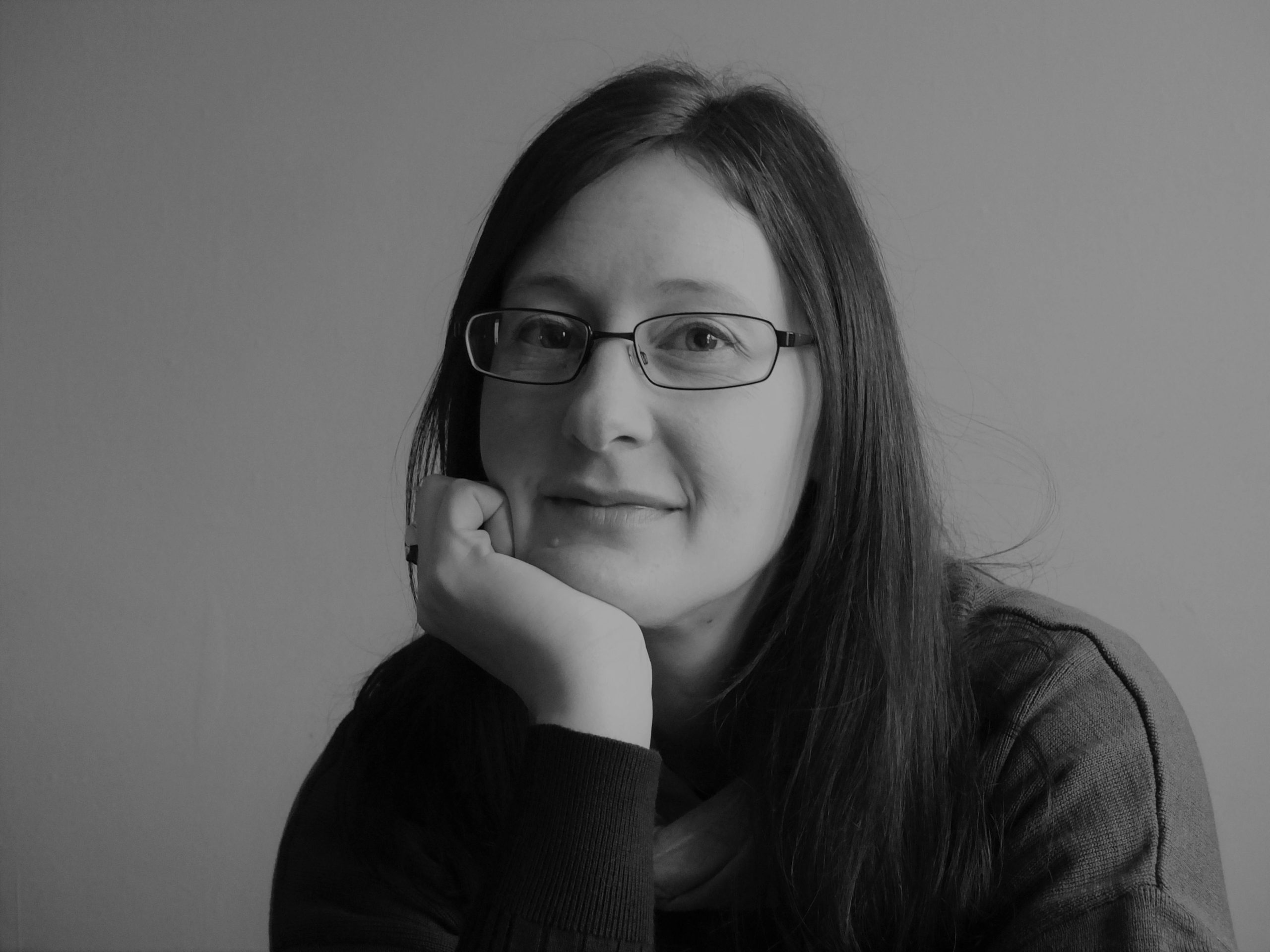 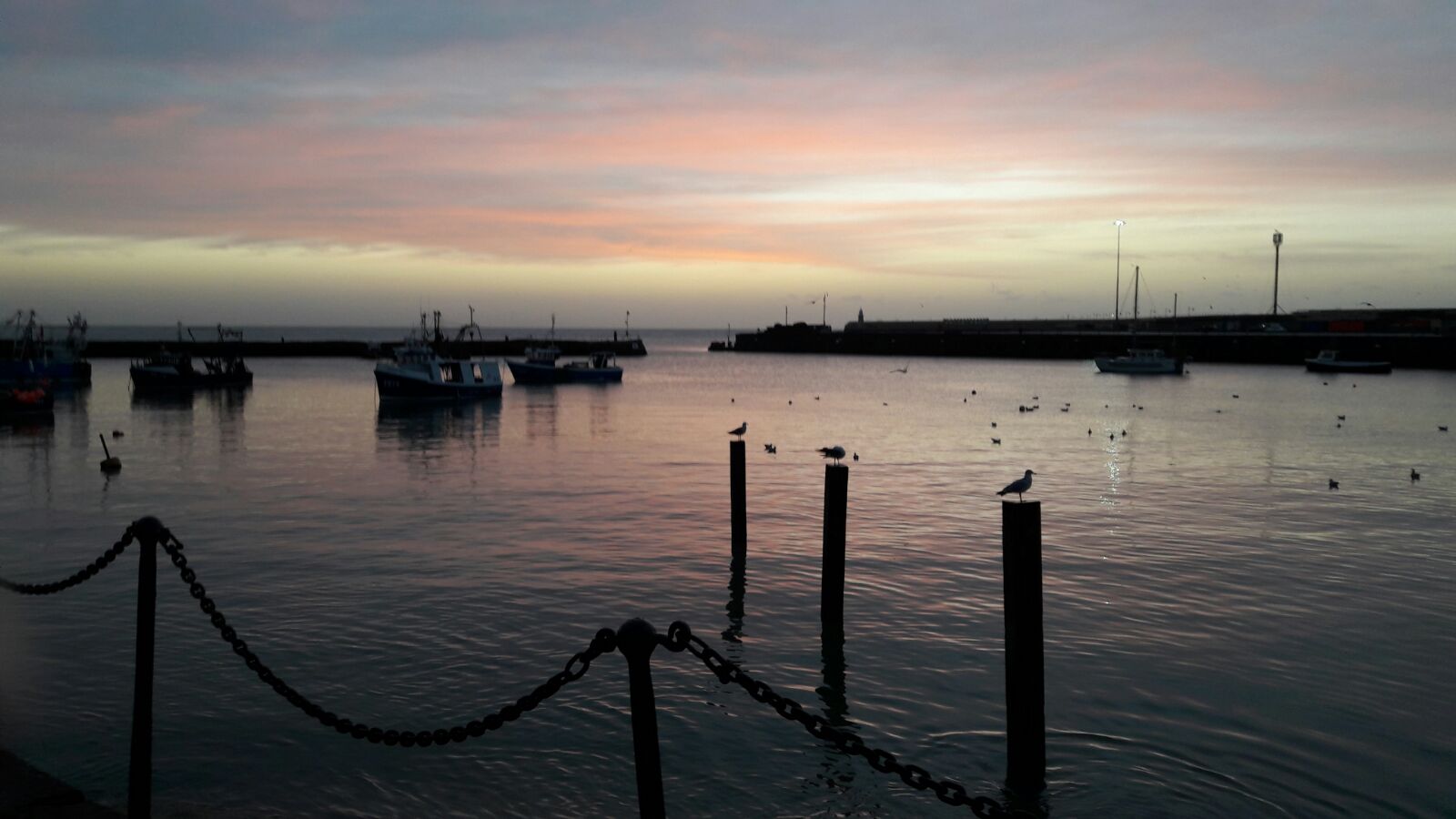 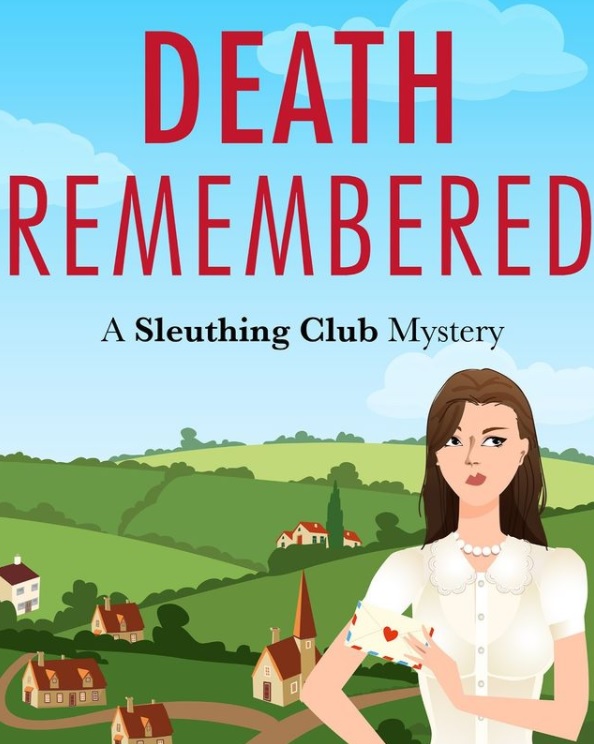 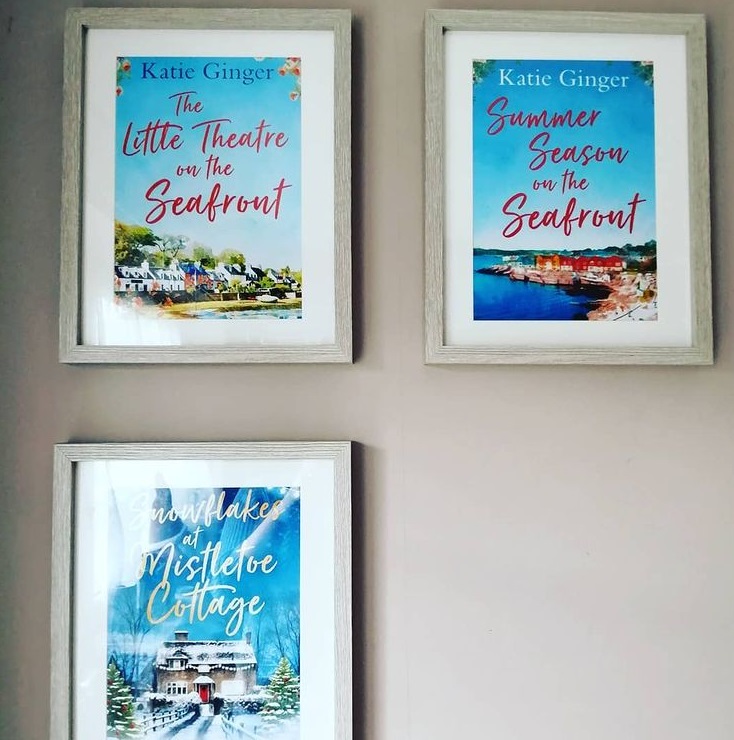 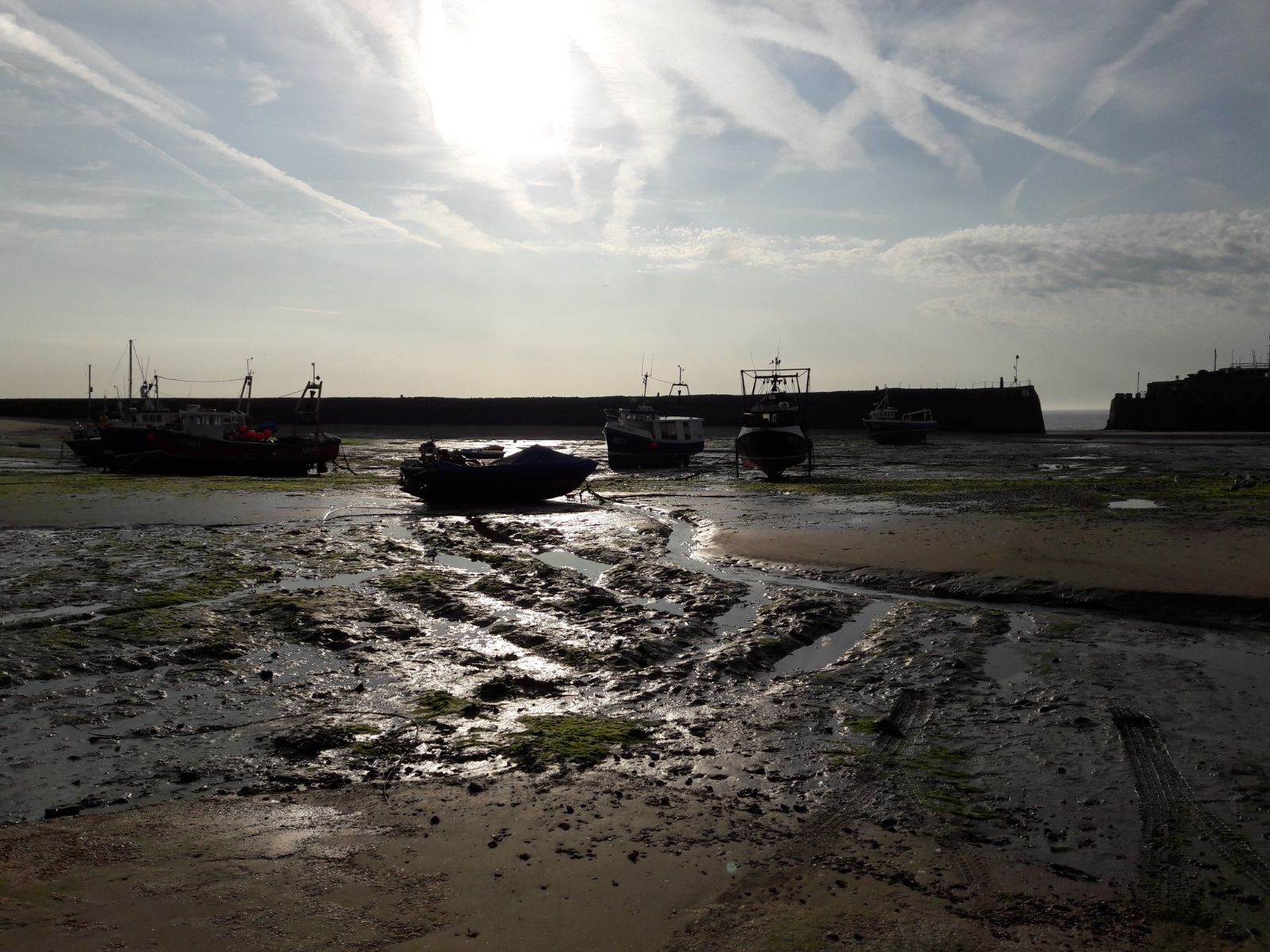 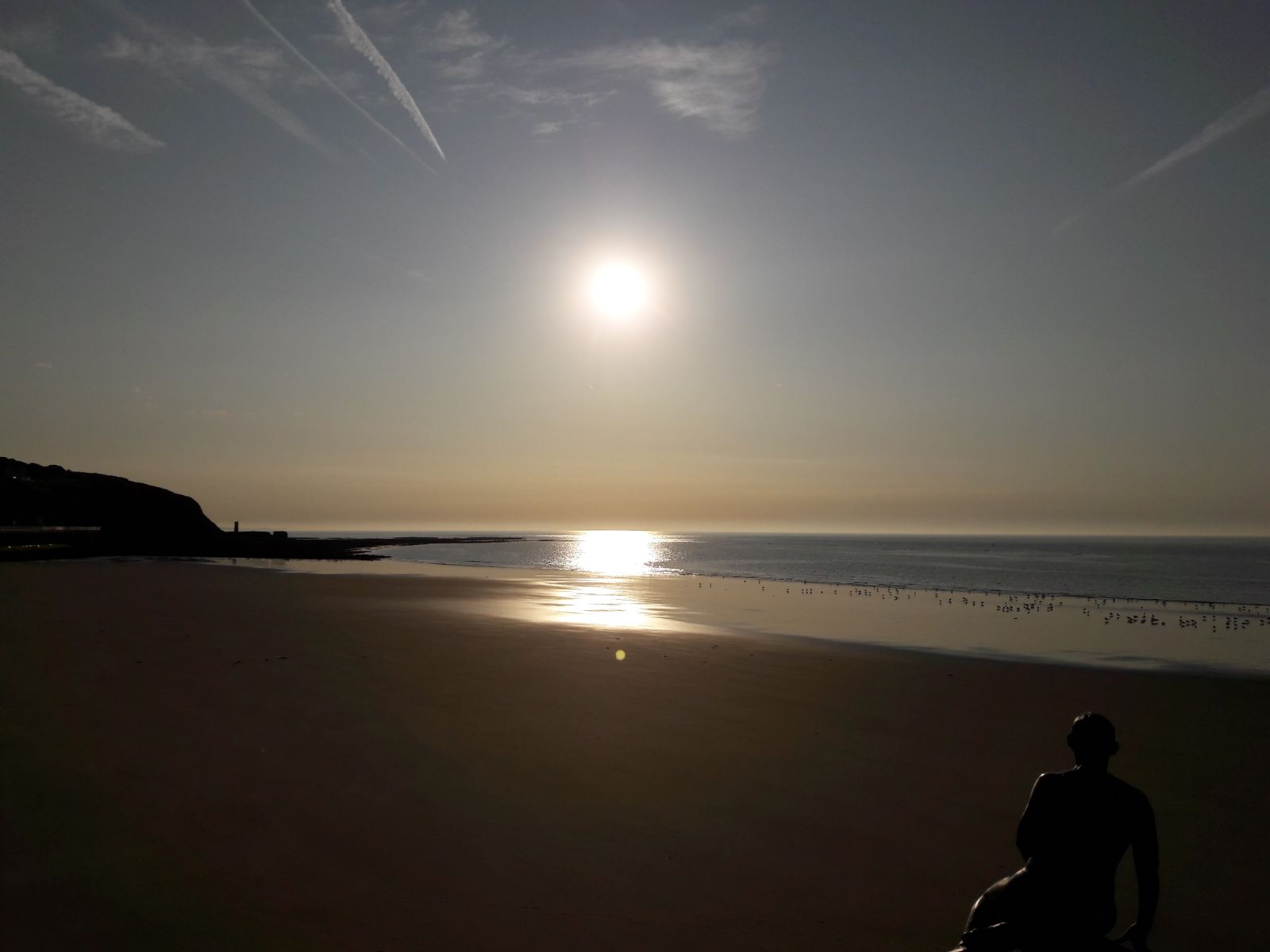 “The very next day they’d responded to me on Twitter saying they really liked the idea and wanted to hear more!  So, I messaged back giving a bit more detail.  Harper Collins said ‘Great!  Can we see a synopsis and the first 3 chapters please!’  I’d never written a synopsis before, and had to write the first 3 chapters!  Thinking that I shouldn’t keep them waiting long, I thrashed out that, and hoped they would take a while to read it.  A couple of weeks later they got in touch asking to see the rest of the book!  I was working 14 hour days to get it ready for them and sent it off.  Months and months went by and I didn’t hear a thing, and then at about 2.30pm on a school day in January 2018 I got an email.  They were asking if they could give me a ring.”

“Luckily my parents were here so they could do the school run, whilst I paced around upstairs worrying about what they were going to say.  I didn’t think they’d say no, because that would be cruel, but I didn’t realise they were going to give me a mini job interview over the phone!  They were asking all sorts of questions about my processes as a writer.  I had to be honest and say that I didn’t count myself as a proper writer.  All I could say was how I’d approached writing this book.

“They asked more questions about my characters, which I was happy to talk about as I’d created them.  Then they offered me a two book deal!  I was just blown away!  To give a two book deal to a debut novelist that no-one’s heard of?  I nearly dropped the phone!”

little theatre on the seafront

“My editor at the time was a woman called Hannah, and she asked if I had any other books written.  I told her about Little Theatre On The Seafront and she asked to see it.  Again, I thought they might not like it, or want to change lots of it, but they loved that.  Because I had finished that book it was the first to be published.  Yes, we did have to change and tweak bits, but it was ready for that stage.  That gave me time to finish Snowflakes At Mistletoe Cottage.  Little Theatre got published, and was then shortlisted for Debut Novel Of The Year in 2018.  That’s something else I wasn’t expecting!

“My next book wasn’t due out until October 2019 and I thought that was a long time to be out of the readers’ mind.  I pitched a book to come out in the summer of 2019 and that got accepted.  I was then working on ideas for my Swallowtail Bay series and pitched, and got a 3 book deal for those. Maybe I’m a bit of a work horse, but I don’t want this to end!”

“The Swallowtail Bay series of three has come out now, and I’m working on my next series, again of 3, called Meadowbank.  It’s a rural setting rather than by the sea.  One of the things I love about Folkestone, and living in Kent, is that you’re not far from the countryside.  On one side there’s the sea, and on the other there’s rolling hillsides with sheep and cattle, and woods to walk in.

“They say it takes 10 years to establish yourself as a writer within your genre.  I’m getting known and am very happy in what I’m doing.  As well as working for Harper Collins, I have been self-publishing some cozy mysteries under a pen name K.E. Coburn.  It takes the pressure off when you self-publish.  You still have to go through an editor, but there are fewer rounds with deadlines which makes life a little less stressful!

“I am loving being a full-time writer!  What I’d say to anyone else considering it is ‘don’t give up!’  Your ideas will suit a publisher somewhere, you’ve just got to find the right person.  Keep going, keep sending those manuscripts off and develop a thick skin!  There are seasons to books too, so if you’re going for the Christmas market, there are only so many books they can publish at that time.  And once you get to Boxing Day, the Christmas market is over for the year.  You’ll get there, just keep going!”