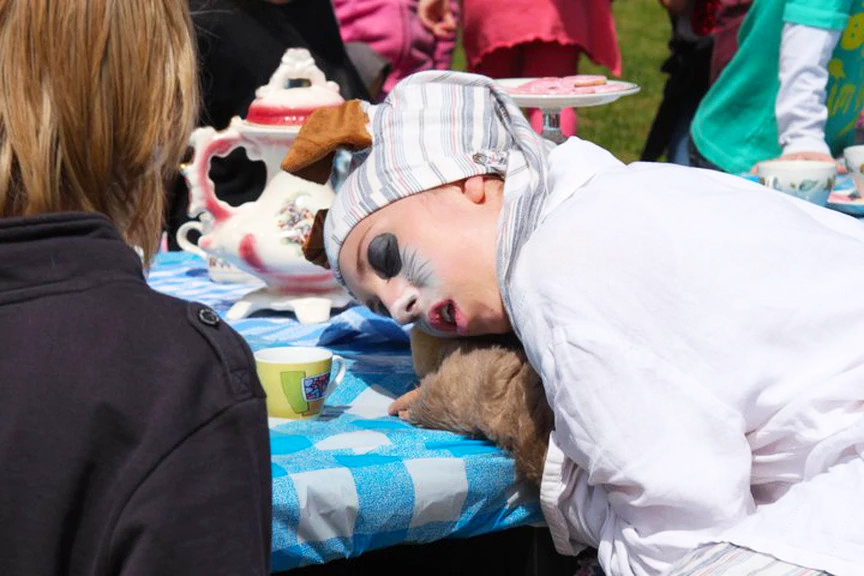 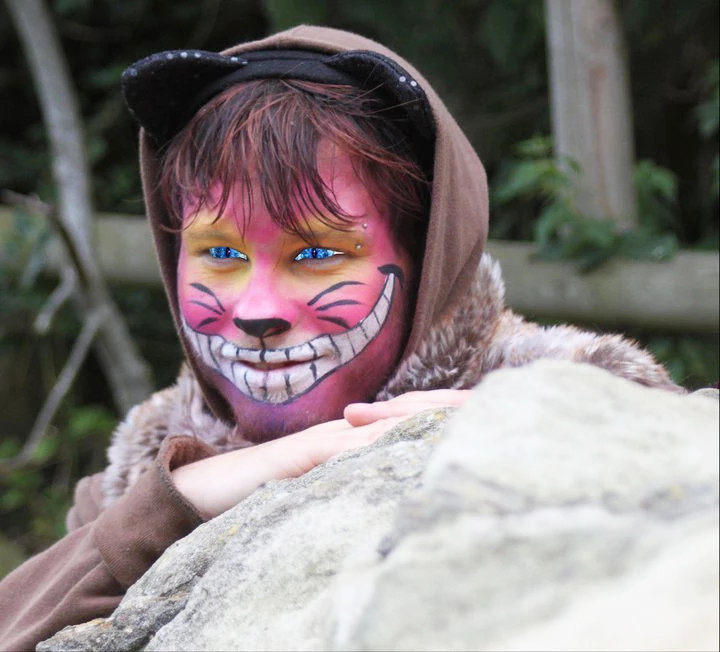 Get Jamming with Jim Jam Arts

JimJam Arts is founded and run by Sue Blakesley and Sadie Hurley. They spoke to Folkelife about its origins and how much the theatre, arts and performance group has achieved since 2011.

Sue: “We met at Uni, doing the Performing Arts course in Folkestone when the University of Creative Arts was based in The Glassworks, and we got on really well.  Sadie went off travelling to South America and I went off to Australia and New Zealand, but when I came back I saw that Folkestone and Hythe District Council were putting tenders out for groups to run events in The Coastal Park.  I rang Sadie and said ‘how about it?’  We put something in, and surprisingly, we got it!”

However, it’s not surprising when you look at all that Jim Jam Arts has produced.  Their portfolio includes Alice In The Coastal Park – a series of Alice In Wonderland related performances at different areas of the park; Pirate Party in the Park – utilising the Ship Wreck activity area; and their many Around The World in Afternoon sessions over the years.  They’ve put on Shakespeare, music and dance performances, Tai Chi demonstrations and circus events.  These women have so much energy.  A lot seems to stem from Sue having an idea, and calling Sadie wherever around the world she might happen to be at the time.

Sue: “Yes, I do seem to ring Sadie when she’s out of the country.  An idea springs to mind and I know she’ll understand what I mean.  My background is in playwriting, and I wanted to do a project which we named ‘Word On The Street’.  We invited people to playwriting workshops and it culminated in a performance at the Quarterhouse.  We’ve run a Street Theatre Festival and then we were offered a residency in what is now Bounce Vintage clothing, at the bottom of The Old High Street.”

Sue: “We called it the Happiness Bank.  It felt like what we were about in terms of reaching the community.  We’re very conscious of the different areas of Folkestone and how some can feel cut off, or not included in the arts projects go on.  It’s been our intention since the start of Jim Jam Arts to involve and include anyone and everyone.  We see that with the audiences we have, that we cross those boundaries and we have regular local Folkestonians and those who’ve recently moved here too.” 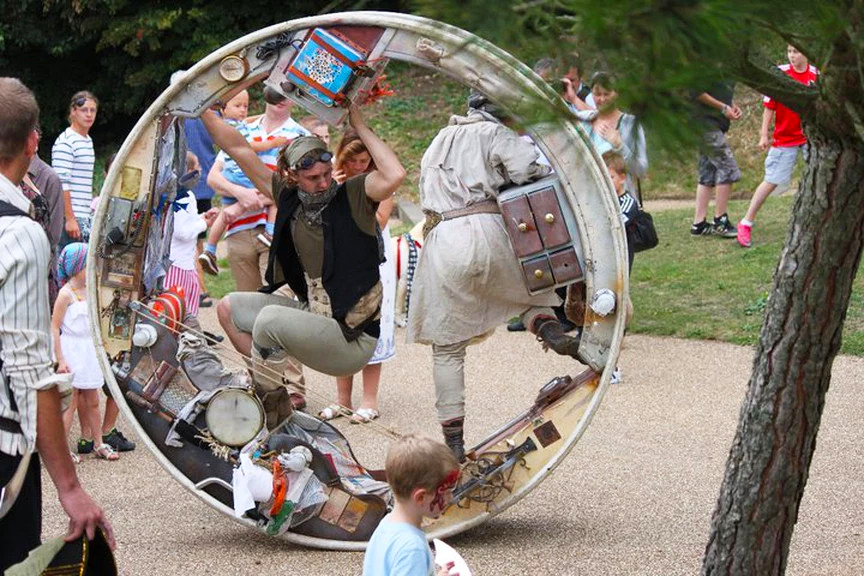 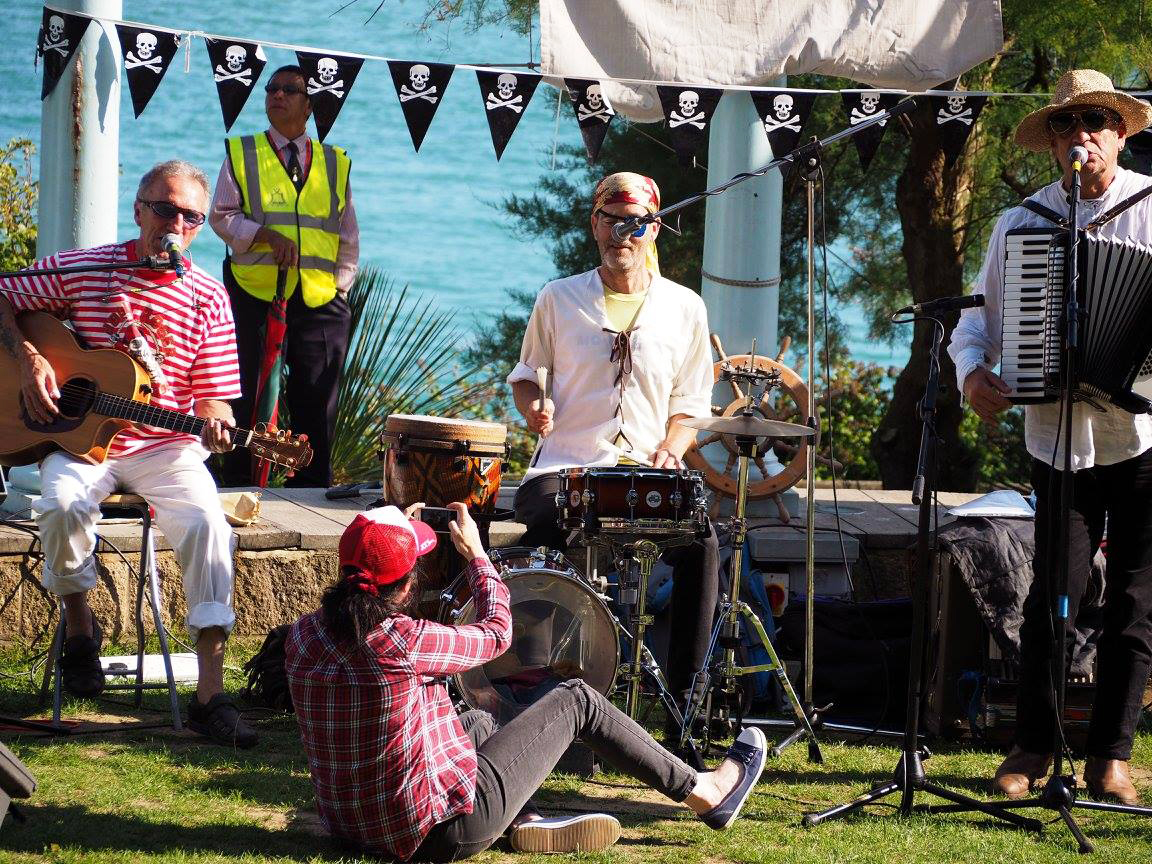 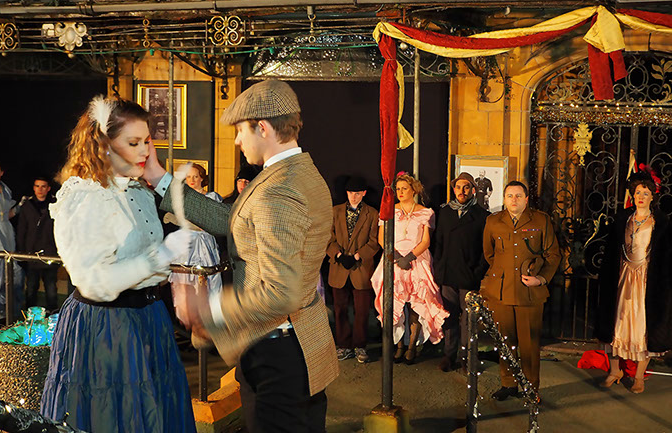 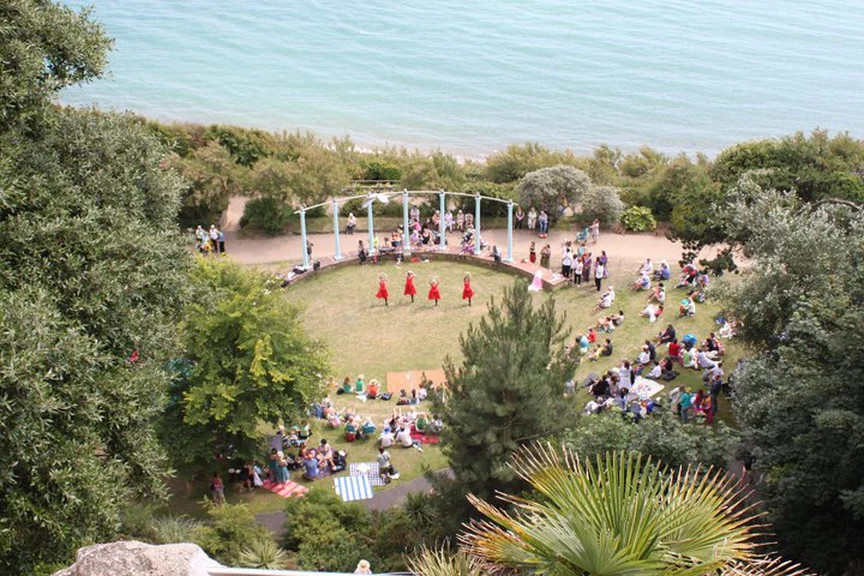 Jim Jam Arts are also responsible for the incredibly successful Folkestone Living Advent Calendar, and one of these evenings highlighted their inclusivity.

Sue: “One of our nights – the opera night in a small local restaurant – was testament to this.  We had everyone; adults with learning disabilities, young children, homeless people and all sitting together around those who were eating their pizzas.  It was a wonderful evening.   Even the poor waitress trying to serve the pizzas got involved with the entertainment!”

Sadie:  “In using the Coastal Park as a venue, we wanted to make theatre and performance accessible to everyone, and to use the whole park too.  The amphitheatre is wonderful, but to be able to use the pirate ship for the treasure hunt and the treasure map, or the other play equipment means that we can be so fresh and versatile in what we produce.  It reaches more people.”

Sue: “We did the Round The World Day and that was inclusive too.  We found as many local people from different cultures as we could to perform music and much more.”

what’s in a name?

Sadie: “The name is interesting.  Jim Jam – Jamming music; Jim Jams being a friendly name for pyjamas; and we wanted to be arts rather than theatre because that spreads our remit.  We don’t just do theatre, we do a lot more.   We sent the name over to our designer Scarlett Rickard, and she made our logo which is the tent, and that just happened.”

Look out for many events around the town and coastal park from Jim Jam Arts across the year.